We missed you, too.

It’s official at last: Black Ops is back with Call of Duty®: Black Ops Cold War, and it’s scheduled to launch on PlayStation 4, Xbox One, and PC on Battle.net on November 13th, 2020! (Also planned to release on PlayStation 5 and Xbox Series X on or after November 13th, depending on when next-gen consoles are available to players.) We couldn’t be more thrilled to finally connect with all of you – it’s great to be back and returning to the foundations of the series.

As clues continued to surface in Black Ops 4, Warzone, and on the web, Call of Duty fans have followed a trail of breadcrumbs leading to new puzzles waiting to be solved. As the community worked together to uncover the truth, we reminded the world of the importance of knowing your history.

Black Ops Cold War tells the story of a conspiracy decades in the making, culminating in the early 1980s in the heat of the Cold War. This is the direct sequel to the original Black Ops and picks up where the first game left off, with Alex Mason, Frank Woods, and Jason Hudson joining forces with a new cast of operatives to unravel a global terrorist plot.

Exploring the Cold War of the ‘80s presented the perfect playground of badass weaponry, covert spycraft, and signature mindf*ckery that Black Ops fans should expect from a worthy successor to the story that started it all. Which leads everything to this moment...

Today’s worldwide reveal is just a glimpse of the new mind-bending Black Ops single-player Campaign developed in partnership with Raven Software. Over the coming weeks and months, we’ll have a steady stream of intel covering all the Black Ops goodness you can expect starting November 13th. Hell, we might even have some surprises along the way.

Treyarch is home to an incredibly talented and diverse team of Call of Duty veterans – many of whom have been with the studio since before the World at War days – and along with the seasoned teams at our partner studios, we’re all working toward one goal: creating the best Black Ops experience for our players. We’ve consumed a huge amount of community feedback over the years with each new Black Ops title, and our latest game is the culmination of those learnings.

We know what our players love, and we’ve worked hard to capture and innovate on the very best that the series has to offer with Black Ops Cold War. Between the conspiracy-laden Campaign led by Raven Software, our signature fast-paced Multiplayer, the next evolution of Zombies and more, there’s a lot to be excited about. Once you get your hands on the game, we think you’ll agree... and we’ll have more good news to share at our Multiplayer Reveal on September 9th, where we’ll discuss the core pillars of our MP experience: deniable operations, signature combat, and a connected experience across the entire community. 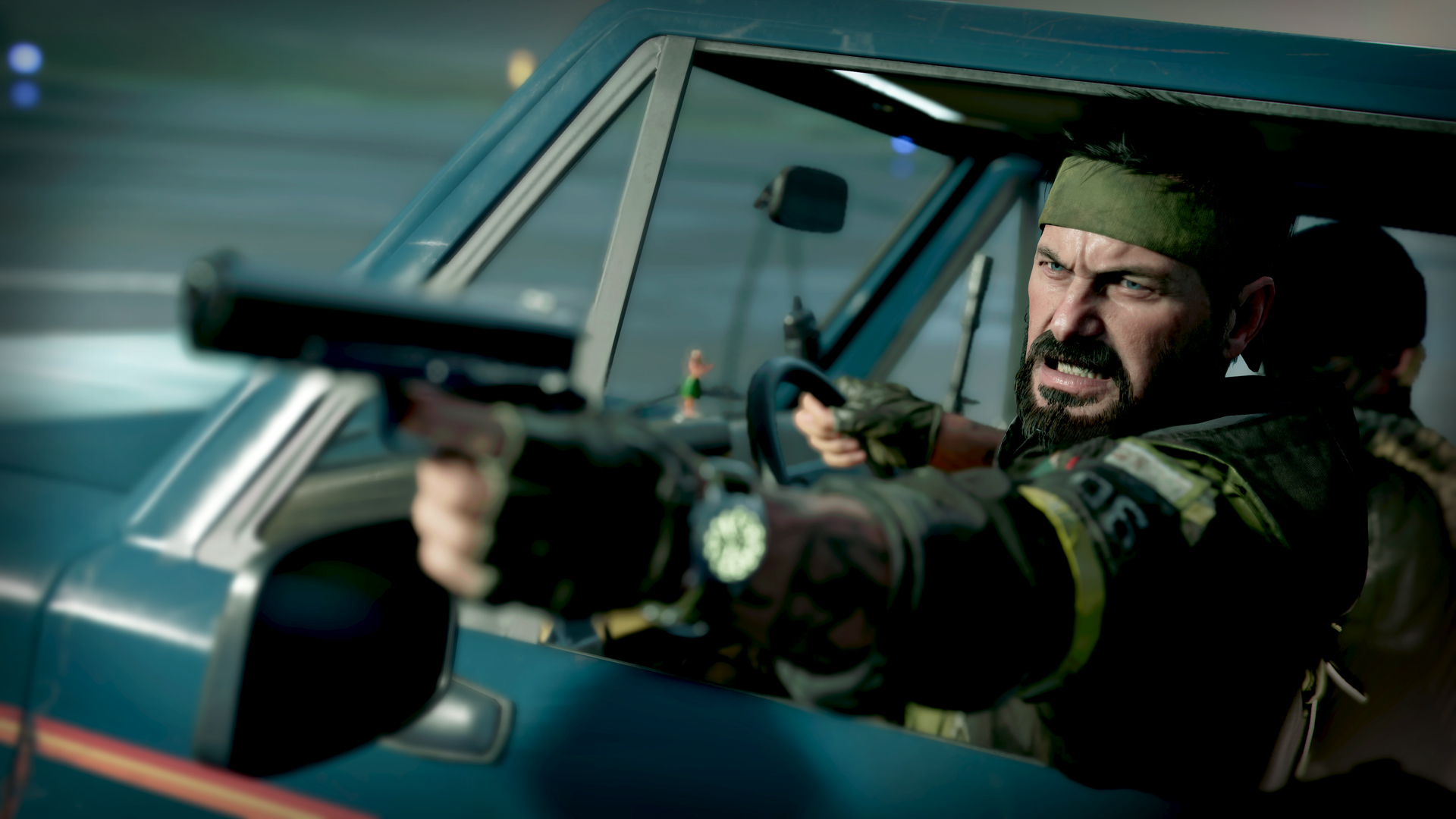 As we enter a new generation of consoles, we’re excited to confirm Black Ops Cold War will be a truly cross-gen experience in addition to supporting cross-play, so everyone will be able to play with their friends whether they’re on current or next-gen platforms. We’ll also be taking advantage of the new technology and features that this year’s new generation brings to the table – watch for more info on that coming soon. And as always, we’re working closely with our partners at Beenox to bring an awesome, custom-tailored experience to our PC players this year.

And as fans experienced last year, all of our players can expect free post-launch Multiplayer content on all platforms, including new maps and modes, with no season pass required. With the Black Ops Cold War Battle Pass, players will be able to unlock post-launch content with unified progression across both Black Ops Cold War and Call of Duty: Warzone, including base weapons, customization items, and more simply by playing the game. 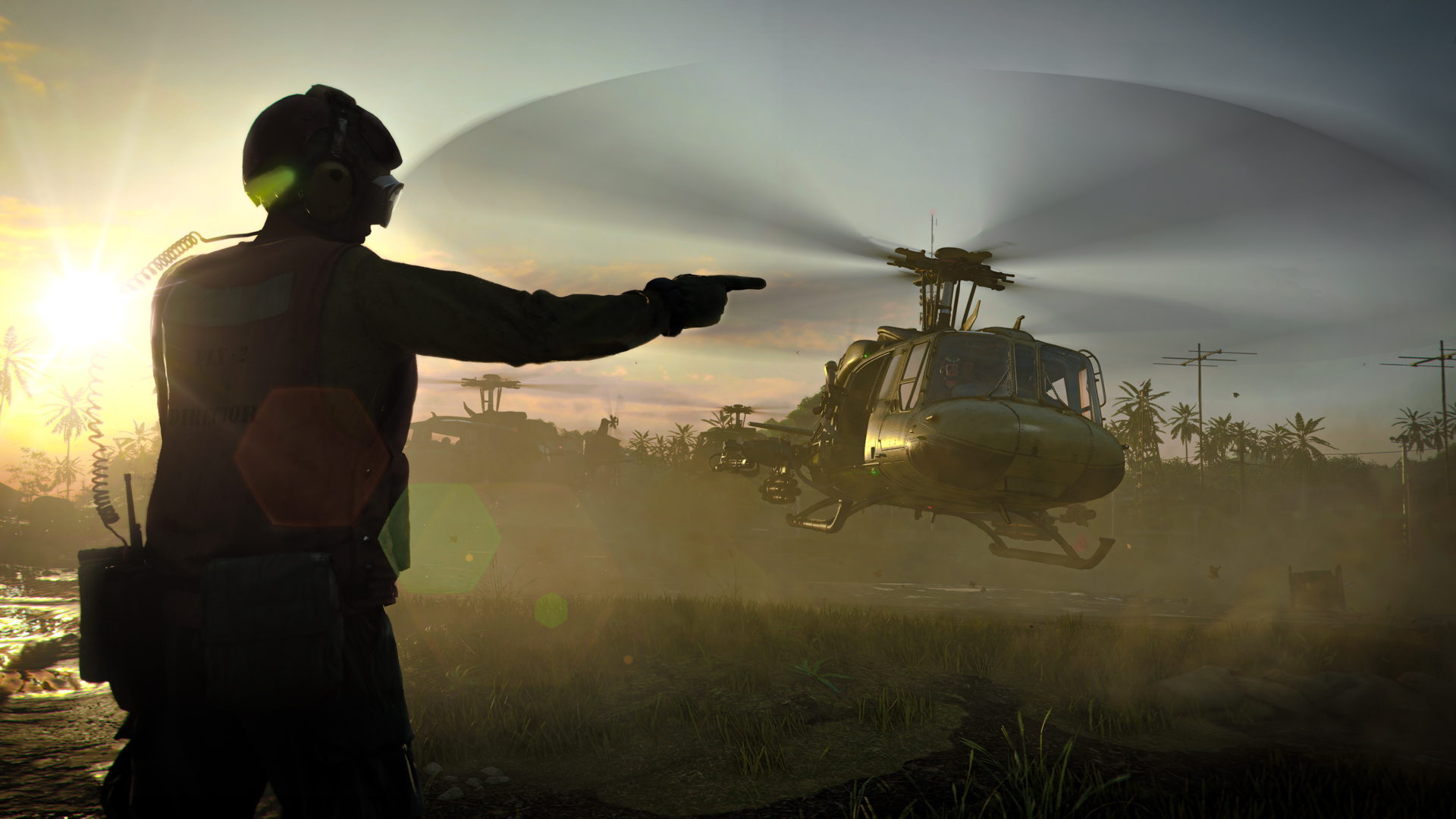 To help everyone celebrate the world reveal of Black Ops Cold War along with us, we’ve put together an official fan kit online, complete with screenshots, logos, profile pictures, cover photos, mobile wallpapers, and more. Download it here and let your friends know it’s time to board the hype train!

Have you ever seen “By Foxhound-Pro” at the top of our blogs in the past and wondered who’s behind it all? Well, wonder no more.

Josh “FoxhoundFPS” Torres has been a crucial part of the COD community team for over 11 years and has most recently moved to the studio as Treyarch’s full-time Community Manager, working behind the scenes on our social channels, studio blog, and everything in-between.

We’re driven to do what we do every day because we’re Call of Duty fans who want to have a great time playing the game, just like you. Toxic behavior, abusive conduct, and hateful speech have no place in the community or on our social channels, and we have zero tolerance against such behavior. This includes (but is not limited to) personally attacking, bullying, harassing, trolling, cheating, griefing, impersonating, or threatening other players and/or Treyarch/Activision employees. Likewise, hate speech based on race, sexual orientation, religion, nationality, disability, gender identity, or other personal information has no place in the Call of Duty community, period.

We expect community members to adhere by these rules, and we’ll be taking additional measures on our end to reduce toxic and unwanted behavior where we can. This will be an ongoing process both on our social channels and with our partners across the franchise, and we remain committed to providing experiences where all players feel welcome. You can find our Security & Enforcement Policy here for more information on unacceptable in-game behavior.

As always, we encourage our players to “mute” and report problematic users in-game and online. Additionally, any individuals looking to make a bad time for others can expect to meet our block button. While constructive criticism of the game and differing opinions are always welcome, personal attacks and toxic behavior are not.

Being good to one another includes showing civility toward our own team members, not just your fellow players. Remember, we’re all humans on the other side of the screen! We take your feedback seriously and respectfully – please extend the same respect.

In addition to our existing social channels, join us on the Treyarch Discord, our one-stop shop for studio news and community content. We’ll be sharing important updates about the game as they’re announced, as well as showcasing our favorite fan art, cosplays, and player-submitted clips, so be sure to tag @Treyarch when you share yours.

Once the game is in players’ hands, we’ll also be launching our own Trello board to keep everyone up to date on issues that we’ll be tracking along the way. While we won’t be able to cover everything we’re working on, it will be a great way to see what’s being tracked on our end and when fixes are in the works for certain issues.

We’ll have plenty of intel to share in the coming months, so follow us and turn on notifications to be the first to learn more about Black Ops Cold War:

Get ready for more news in the coming days, followed by our Multiplayer Reveal on September 9th, where you’ll get all the intel you’ll need to dominate in the Open Beta later this year! And don’t worry, we’ll have more to talk about with Zombies fans before you know it.

From all of us at the studio: thank you to all of our fans for your passion, your patience, and most of all, your incredible support over all these years. We’ve got something truly special in store for you.