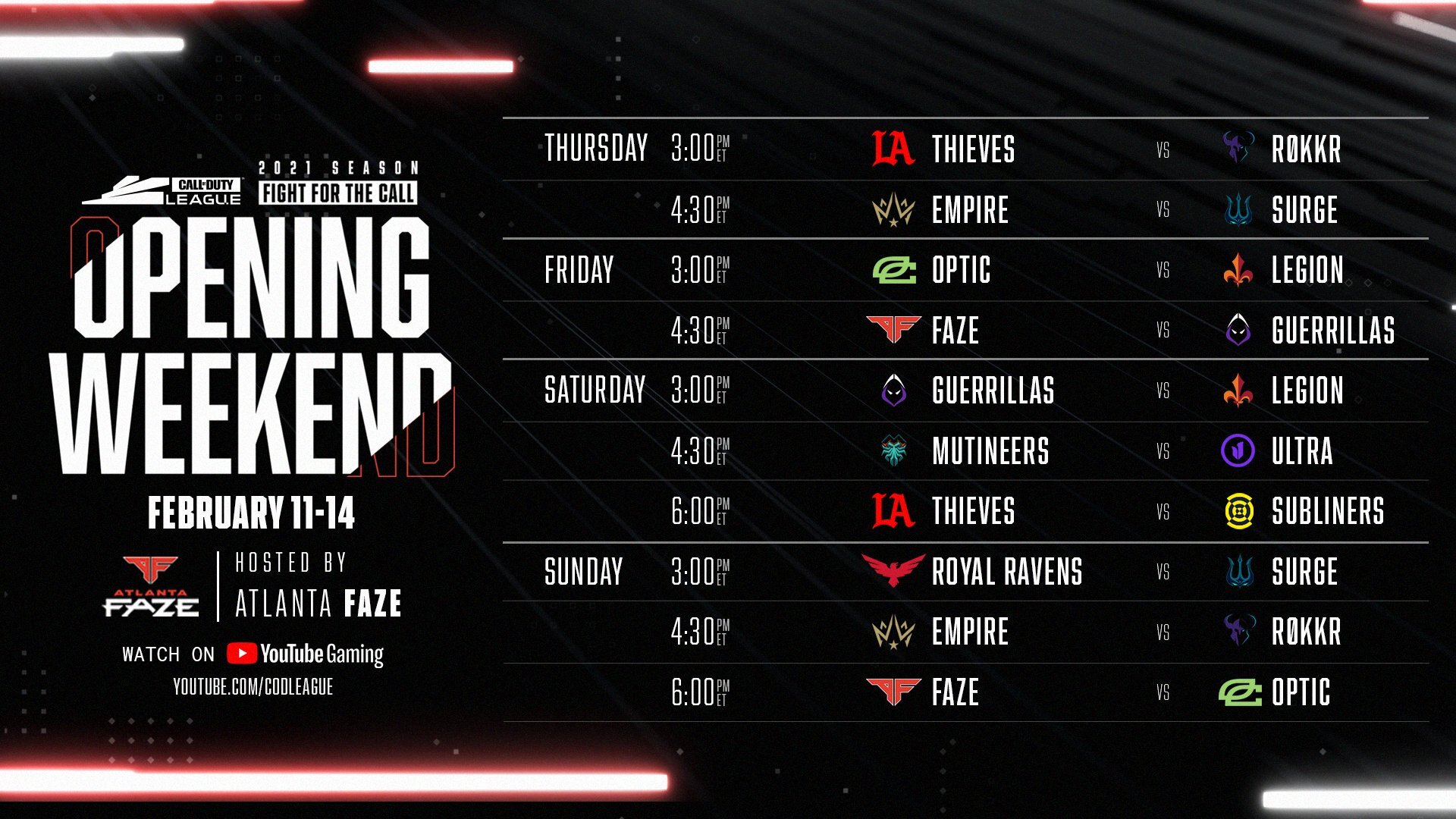 The Call of Duty League 2021 season kicks off today at 12PM PT / 3PM ET with Opening Weekend hosted by Atlanta FaZe, featuring four days of Black Ops Cold War matches from every team in the League! Don’t miss the action live and on demand at YouTube.com/CODLeague.

And for the first time, Black Ops Cold War players can stay up to date on the full CDL schedule and their favorite team’s standings in the 2021 season in-game at the CDL Channel in League Play. Now that one meme-loving friend will never have another excuse to ask what time OpTic plays. (It’s 3PM Eastern on Friday, Kevin.)

Speaking of League Play, we’ve made two important adjustments as we get ready for our first Weekend Event.

First, we quickly became aware earlier this week that some players were being placed into an unexpected Skill Division based on their performance in their initial Placement Matches. A backend data issue that we believe was contributing to this has been addressed, and players may now see a Skill Division adjustment on their next login. Jump into your next League Play match and show us what you can do.

We’ve also fixed a bug that caused Ghost to automatically equip when running Perk Greed in League Play. Perk Greed users should now be able to only choose from Cold Blooded, Ninja, and Spycraft as intended. Thanks for your patience on this one.

Today’s Black Ops Cold War update delivers Kiss Confirmed, our special Valentine’s Day-themed spin on Kill Confirmed, to Multiplayer through Feb. 18th! Collect candy hearts in place of dog tags as you rack up eliminations, and remember to save a few for your favorite teammates this Valentine’s Day weekend.

Express 24/7 continues this week, as well as 3v3 Gunfight Snipers Only, Gunfight Blueprints, Face Off, and more. Read on below for the full list of this week’s featured playlists.

This update also includes new bug fixes and adjustments to Multiplayer and Zombies, including the addition of Nuketown ’84 to 2v2 and 3v3 Gunfight Custom Games, and some additional stability fixes and gameplay improvements for “Firebase Z.” For Tombstone Soda fans, we’ve also added a knockback effect against enemies when you revive yourself from shadow form, for a little extra breathing room as you get back on your feet. 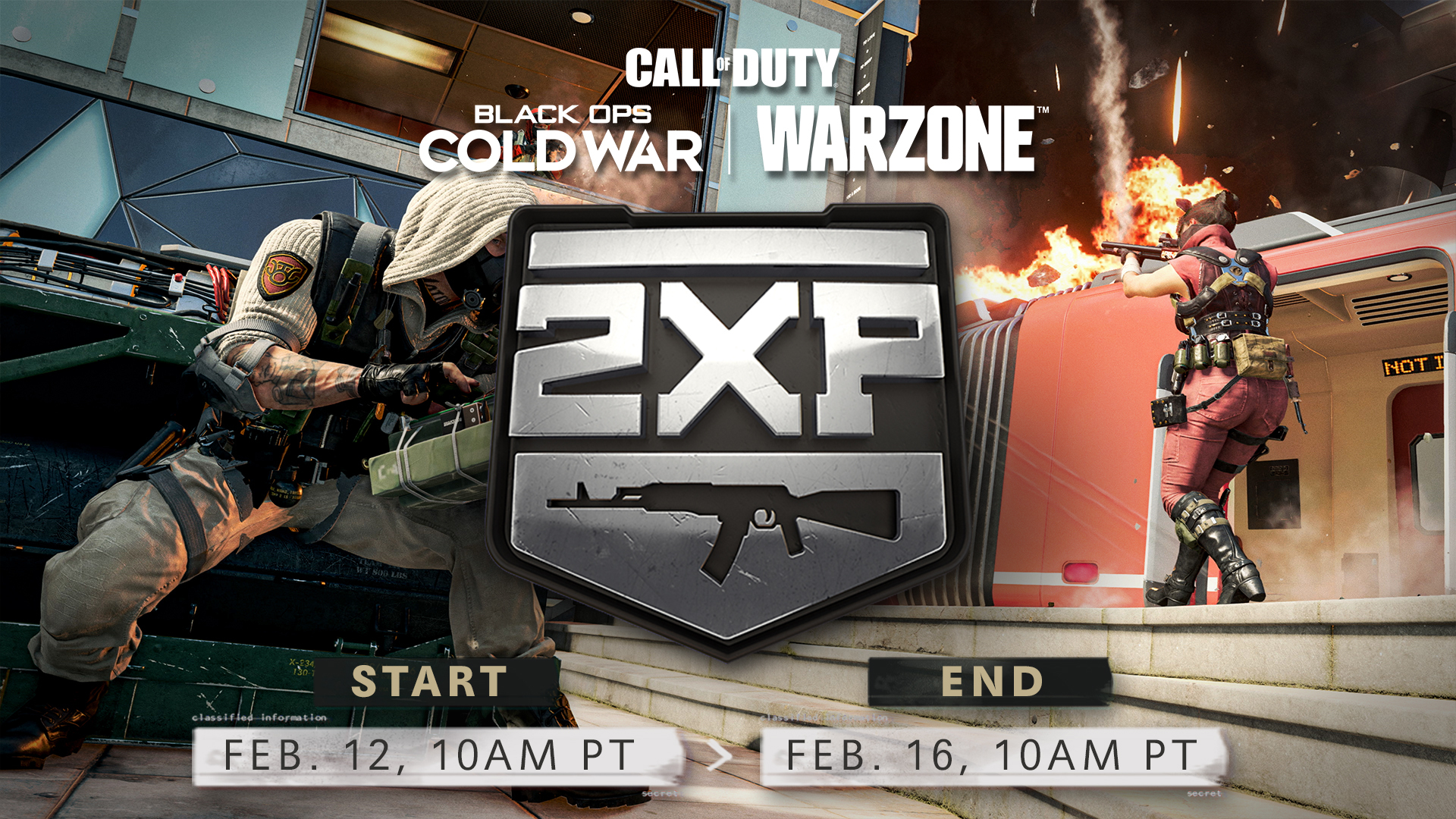 Another long weekend is almost here, and we’ve got an extended four days of Double Weapon XP waiting for you in Black Ops Cold War and Warzone! Get those loadouts maxed and ready... Season Two will be here before you know it.