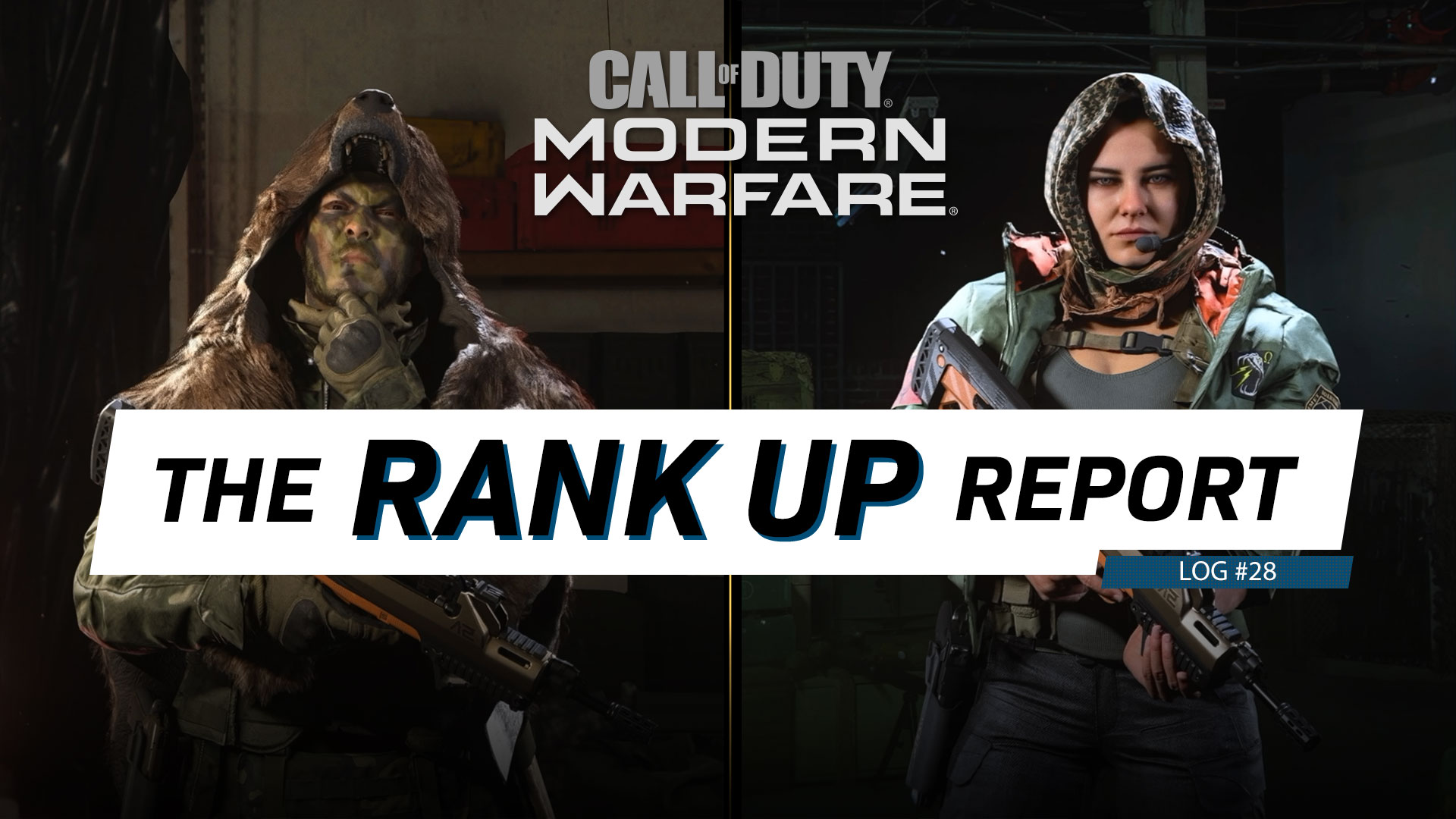 The Rank Up Report #28: Iskra and Platinum Pistols (Handguns)

After the Coalition’s reinforcements of Alex and Ronin, the Allegiance gain a new member. Get a closer look at Iskra and her bundle, as well as a guide to getting Platinum Pistols, in this edition of the Rank Up Report.

The Rank Up Report #28: Iskra and Platinum Pistols (Handguns)

After the Coalition’s reinforcements of Alex and Ronin, the Allegiance gain a new member. Get a closer look at Iskra and her bundle, as well as a guide to getting Platinum Pistols, in this edition of the Rank Up Report.

You thought the Coalition were the only ones with Operators en route to Verdansk; now, mid-Season Three, we get another badass Operator for the Allegiance in Iskra.

With a new Operator in tow, let’s get to Ranking Up in Call of Duty®: Modern Warfare®,including Warzone: 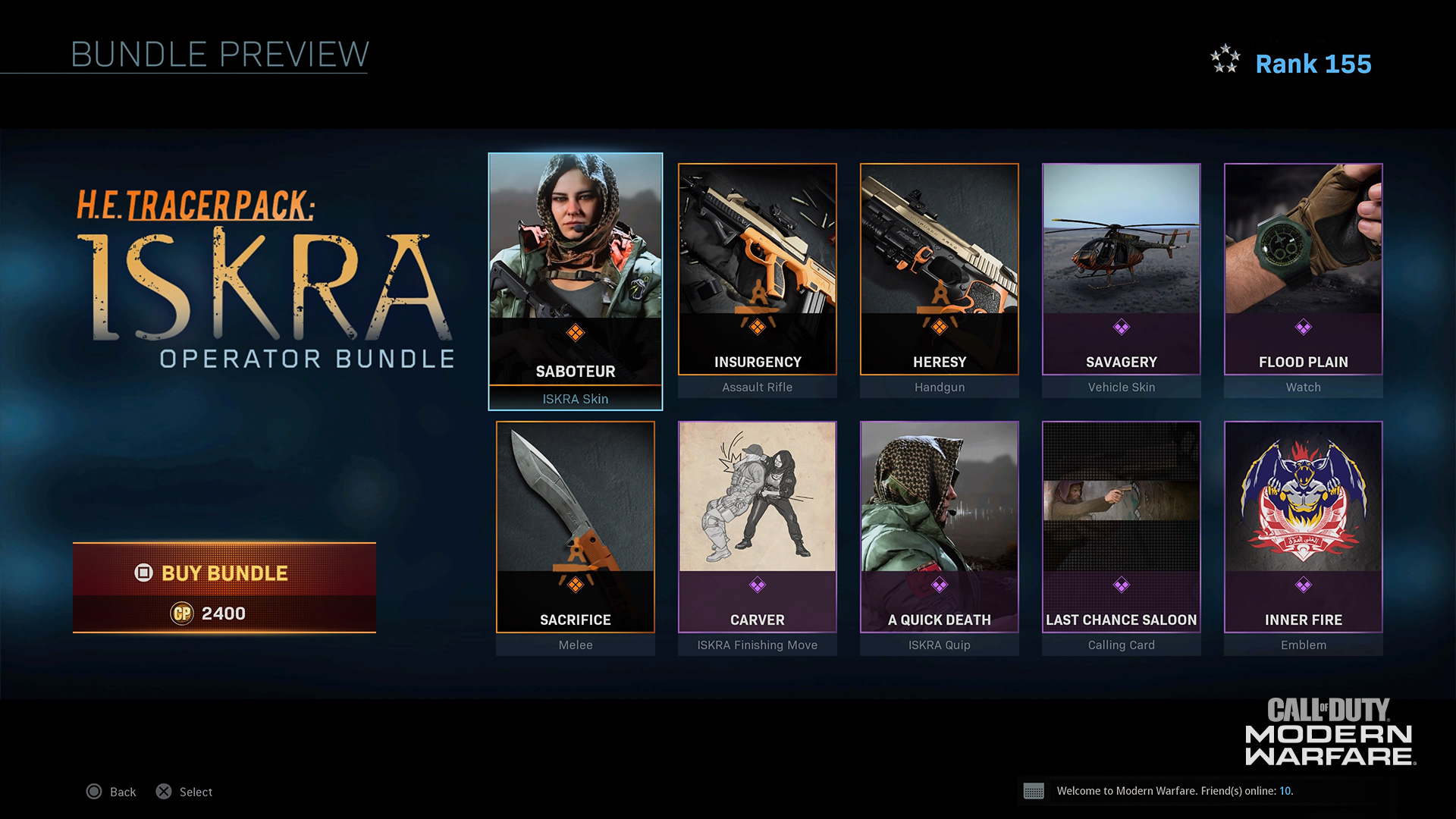 Of course, I had to feature Iskra as my Allegiance Operator after her bundle officially came out this week. Even the weapon that both featured Operators are holding – the Insurgency – is a part of this awesome Bundle. 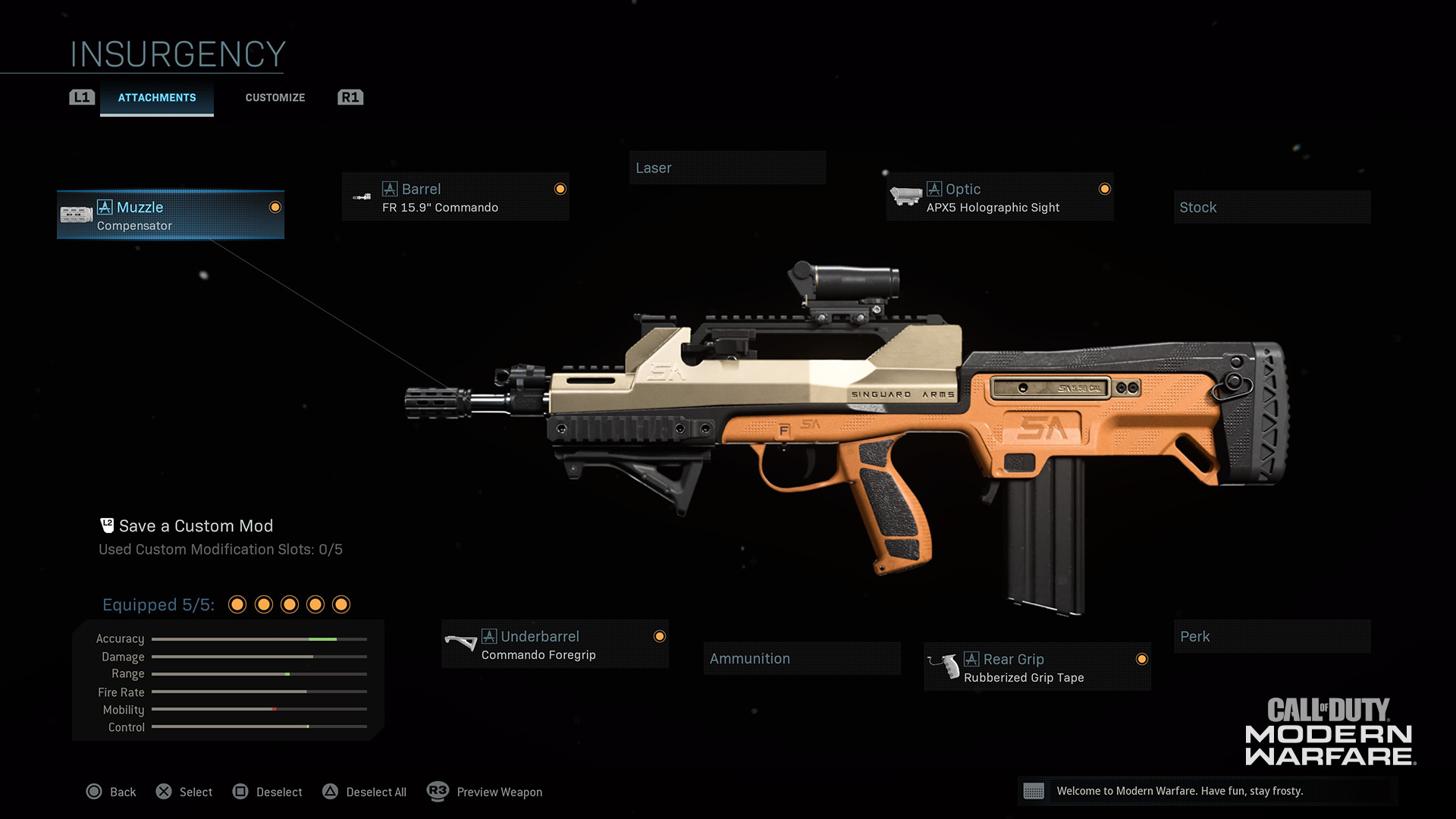 Personally, I love this weapon for this burst assault rifle. It is a really great way to kit the weapon for accuracy – a must when trying to pick off enemies in Warzone – and the design is just plain cool.

As for the Coalition, I dove back into the Store Bundles and chose Black Forest Golem from the Kodiak Bundle.

Although there are so many Battle Pass Operator skins I have yet to talk about, I had to feature this skin because of the in-game description alone:

“No need to ham it up when you have Golem’s Black Forest Operator Skin.” 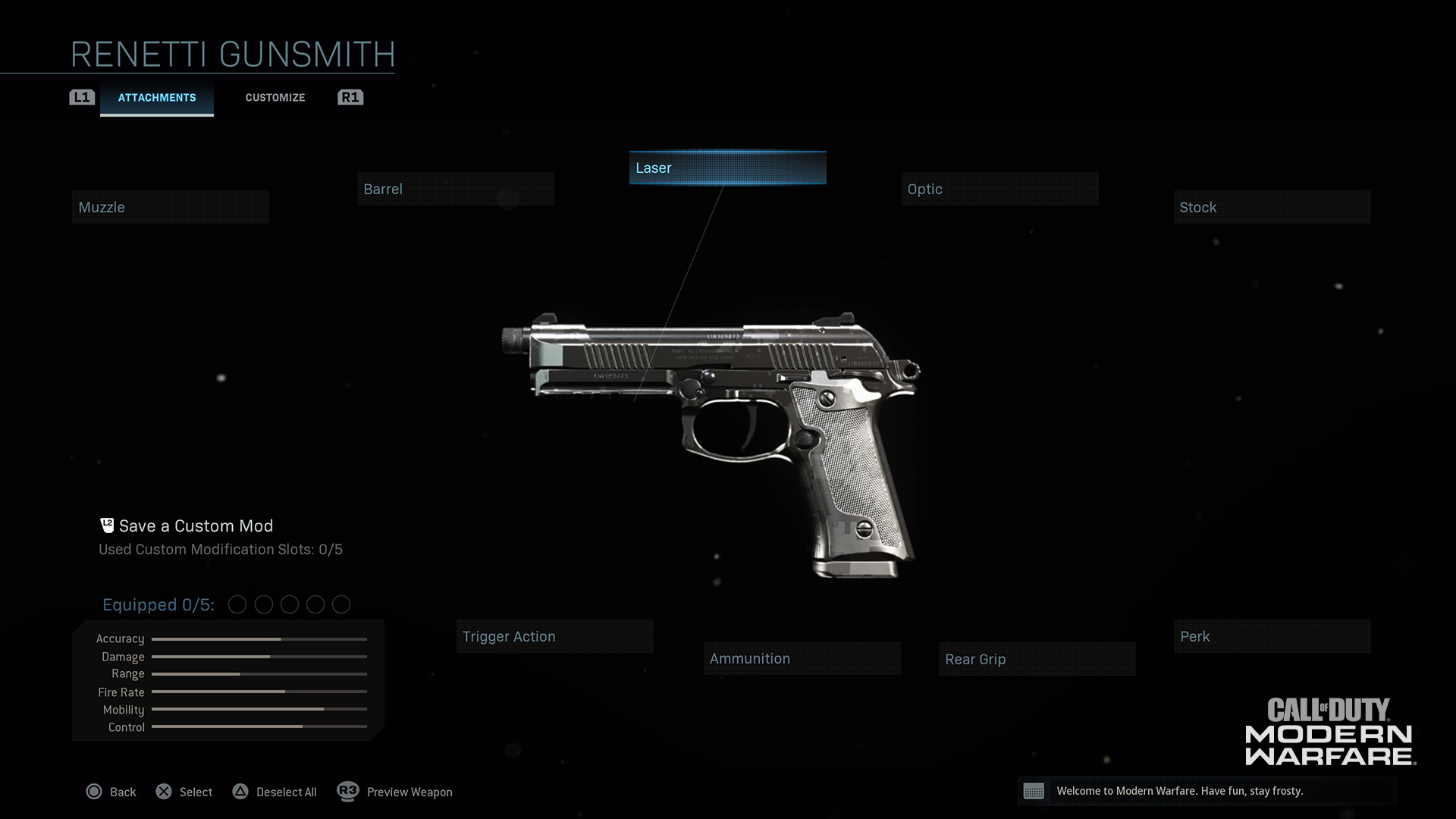 This week, I spent time getting Platinum pistols – or handguns -  much – as you can see by the Platinum Renetti above.

Just like my LMG Platinum Guide, I’m going to break down tips for getting Gold on every handgun, which ultimately leads you to unlock Platinum camo on this weapon class. Remember: you only need to complete the challenges for Handguns Alpha to Echo in order to earn Platinum.

Alternatively, use this guide to earn Gold on a pistol that you want to eventually earn Obsidian for, since earning Gold Camo is a prerequisite.

Here are your top tips for earning Gold / Platinum Camo on handguns:

You can’t level up a weapon and gain more camo challenges without earning kills so… This should be an easy challenge to complete.

Weapons like Handgun Charlie can kill an enemy in a single headshot.

Even if the handgun you’re chasing camos for isn’t a one-shot kill, the decent headshot damage multipliers should make this challenge simple enough through normal gameplay.

Digital – Get Kills while Crouching (40)

Your accuracy is better when crouching, so this challenge should be a simple one to complete naturally.

Wait, this blueprint doesn’t have a laser! Isn’t that supposed to help with hip-firing?

Yes, but in most cases, any sidearm can be accurate when hip-fired. The hip-fire spread is small enough to make this weapon type viable when fighting in close-range situations.

And, if hip-firing with one sidearm isn’t enough, why not go Akimbo?

The above weapon is a good example of one that could help with longshot kills. Extending the Barrel of your handgun will increase its effective range.

Also, note that the distance to get a longshot kill for a sidearm is significantly less than every other weapon category, so there is no need to go for that sick mile-long Warzone kill across Verdansk with only the starting handgun and a dream.

The above blueprint is a one of the ways to kit a sidearm for double kills: high magazine and, if you want, Akimbo for maximum firepower.

Get those kills in rapid succession to ensure they count as double kills.

Tiger – Get Kills while your gun is using all attachments (110)

Remember: if you’re using an Epic or Rare Blueprint weapon out of the box – like the Bear Trap you see above – be sure to add attachments to fully kit out the weapon and have those kills count towards this challenge.

Stripes – Get Kills Shortly After Reloading (25)

Sleight of Hand and smaller magazines – read: no extended magazine attachments in the ammunition category – are your friends when chasing this challenge.

Reptile - Get Kills with no attachments (75)

Renetti – Available Free at Tier 15 in the Battle Pass system.

One of this Season’s new weapons, the Renetti is a strong handgun right out of the box. Use it to complete this challenge to learn its strengths. Plus, you’ll be able to level it up and further kit it out once you hit those 75 required kills.

As a secondary weapon, handguns don’t have the same capabilities as some of the primary weapon classes. While this challenge may prove difficult, try leaning into the strengths of this class like this blueprint does – highlighting mobility and fire rate.

Consider using the Stopping Power Rounds Field Upgrade to give yourself an upgrade to damage output on whatever handgun you choose for this challenge.

Completing the Renetti camo challenges unlocks Gold for it and, if you had already unlocked Platinum for the other five handguns, that shiny Platinum camo will also appear for the Renetti.

Iskra’s Heresy sidearm is cool, don’t get me wrong, but I’ve decided to give it a bit more Gold to not only make it shine, but also perform to my strengths in combat.

So, I kept the weapons’ Stippled Grip Tape, swapped the Lightweight Trigger’s appearance from The Alchemist’s Dream (Twin Dragons Bundle), AND added that blueprint’s Muzzle Brake and 5mW Laser, then finished the weapon off with the FORGE TAC Extended Barrel from the Hot Nugget (Tier 55, Season Two Battle Pass)

The result? A hand cannon that does it all: fast-firing – whether it’s from the hip or aiming down sights – with decent recoil stabilization and increased range. To maximize my efforts with this weapon, I usually aim for the head for a one shot, one kill attempt. If that doesn’t work, the Lightweight Trigger allows me to place that second shot quickly for a clean kill when my primary weapon runs dry.

Outside of the Renetti, I’ve been using this weapon now that I’ve gotten Platinum camo unlocked for all handguns. Hopefully, you have just as much fun as I am using the Renetti, my custom Gunsmith creation, or any sidearm you make with the help of Gunsmith Customs.