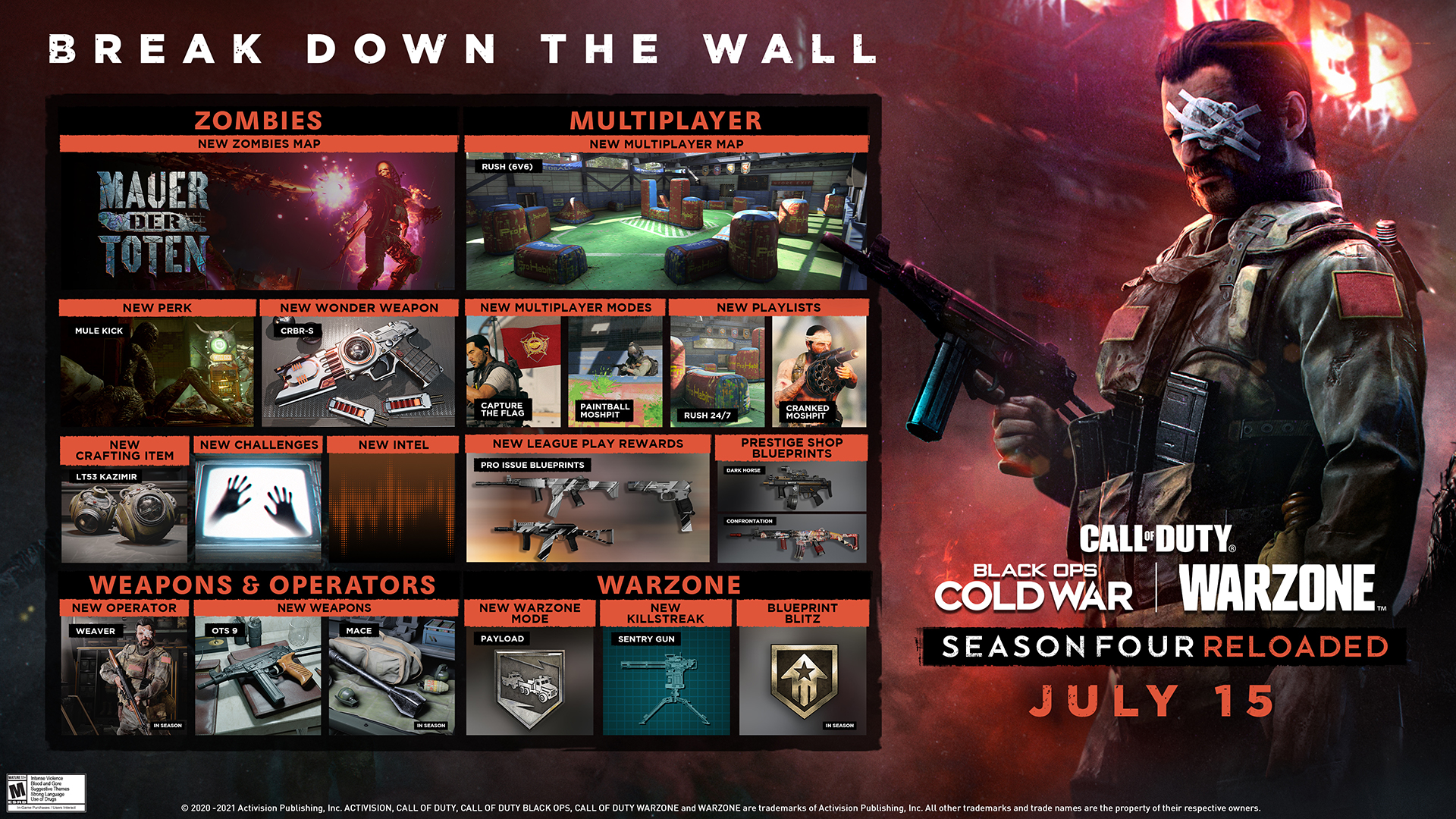 Get up to speed on everything coming to Black Ops Cold War and Warzone™ in Season Four Reloaded at the Call of Duty Blog, and dive into the details below for everything new arriving on July 15th. 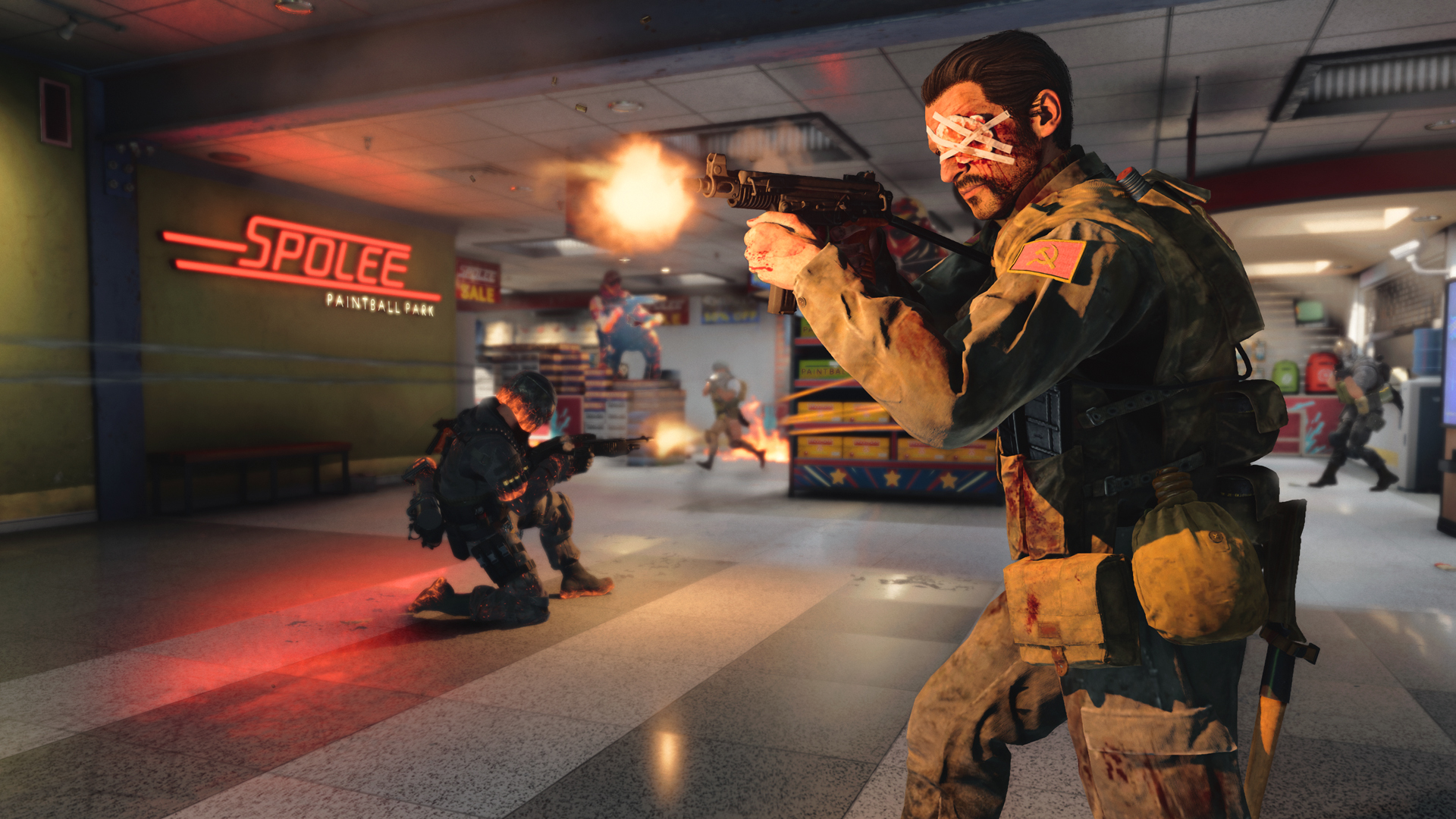 Across all modes, players can get their hands on the new rapid-fire OTs 9 SMG via in-game challenge or Store Bundle starting with the launch of Season Four Reloaded. Later in the season, melee fans will get access to the brutal Mace weapon, which will receive quite the damage upgrade in Zombies along with the rest of the Melee category (see notes below).

Looking for some extra XP every day? Starting this week, completing your first Daily Challenge of the day in Multiplayer or Zombies will now unlock a new Daily 2XP Token Reward. Each day you play, a new randomly selected 2XP or 2X Weapon XP Token will become available. If you don't complete a Daily Challenge that day, you’ll miss out on that day's 2XP reward, so be sure to complete at least one Daily Challenge every day to maximize your XP gains. 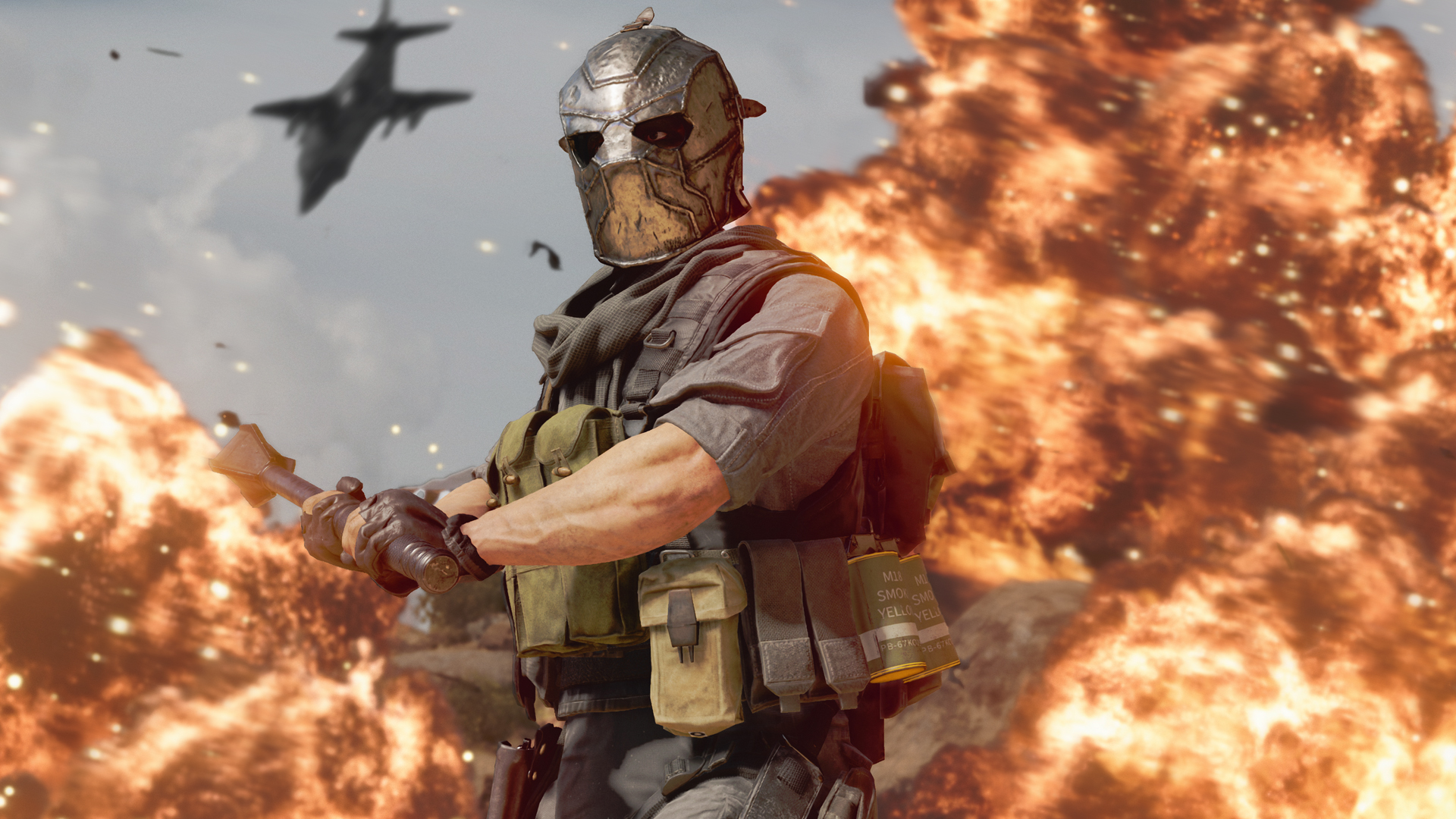 The Prestige Shop gets an upgrade this week with a new batch of content, including the new “Dark Horse” SMG and “Confrontation” assault rifle Weapon Blueprints to unlock with your Prestige Keys. Visit the Prestige Shop in the Barracks to see what’s new!

And on PlayStation 5, players will be prompted to download new High Resolution Texture Packs later in Season Four Reloaded for the best visual experience going forward. These will no longer be installed by default on PlayStation 5 and will need to be downloaded manually for Multiplayer, Zombies, and Dead Ops Arcade 3. If you skip the download upon boot-up, these packs will be available for later download via the in-game Store. 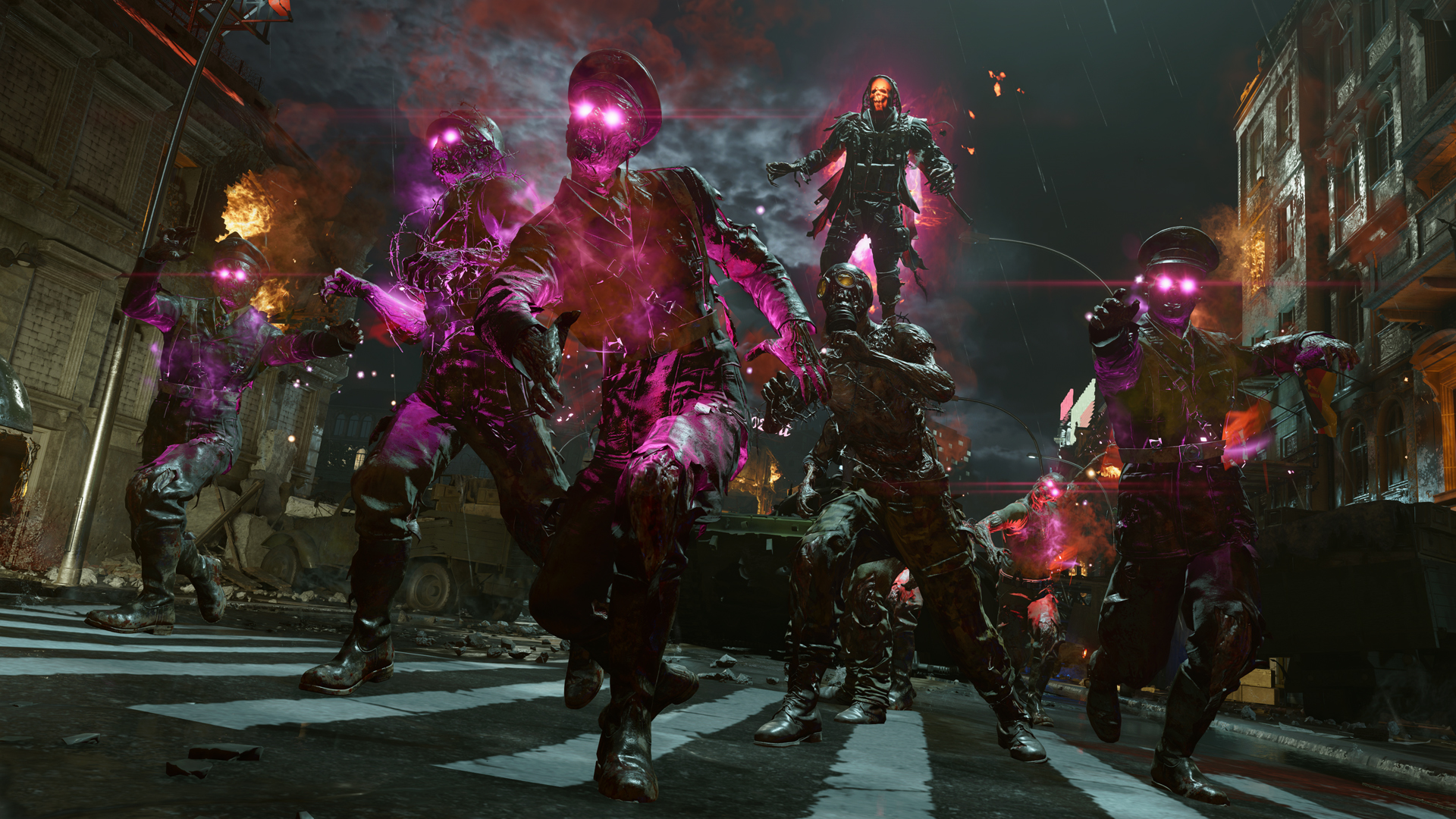 The wait is over. After enduring the harrowing events at Projekt Endstation in “Die Maschine,” freeing Samantha Maxis from the Dark Aether in “Firebase Z,” and surviving multiple operations throughout the Ural Mountains Outbreak Zone, Requiem’s strike team has been captured by Kravchenko and taken to Berlin to do his bidding in “Mauer der Toten,” our latest round-based Zombies map.

Your mission: eliminate the undead threat and capture the traitor responsible for the horrors that have overtaken the city, or Requiem’s pilot – known by the call sign “Raptor-1” – will pay with his life. Luckily for you, “Mauer der Toten” is loaded with new weaponry to unleash against the horde, including the new-and-improved Mule Kick Perk, LT53 Kazimir Tactical device, robotic Klaus AI helper, and the CRBR-S Wonder Weapon with four total variants to choose from. 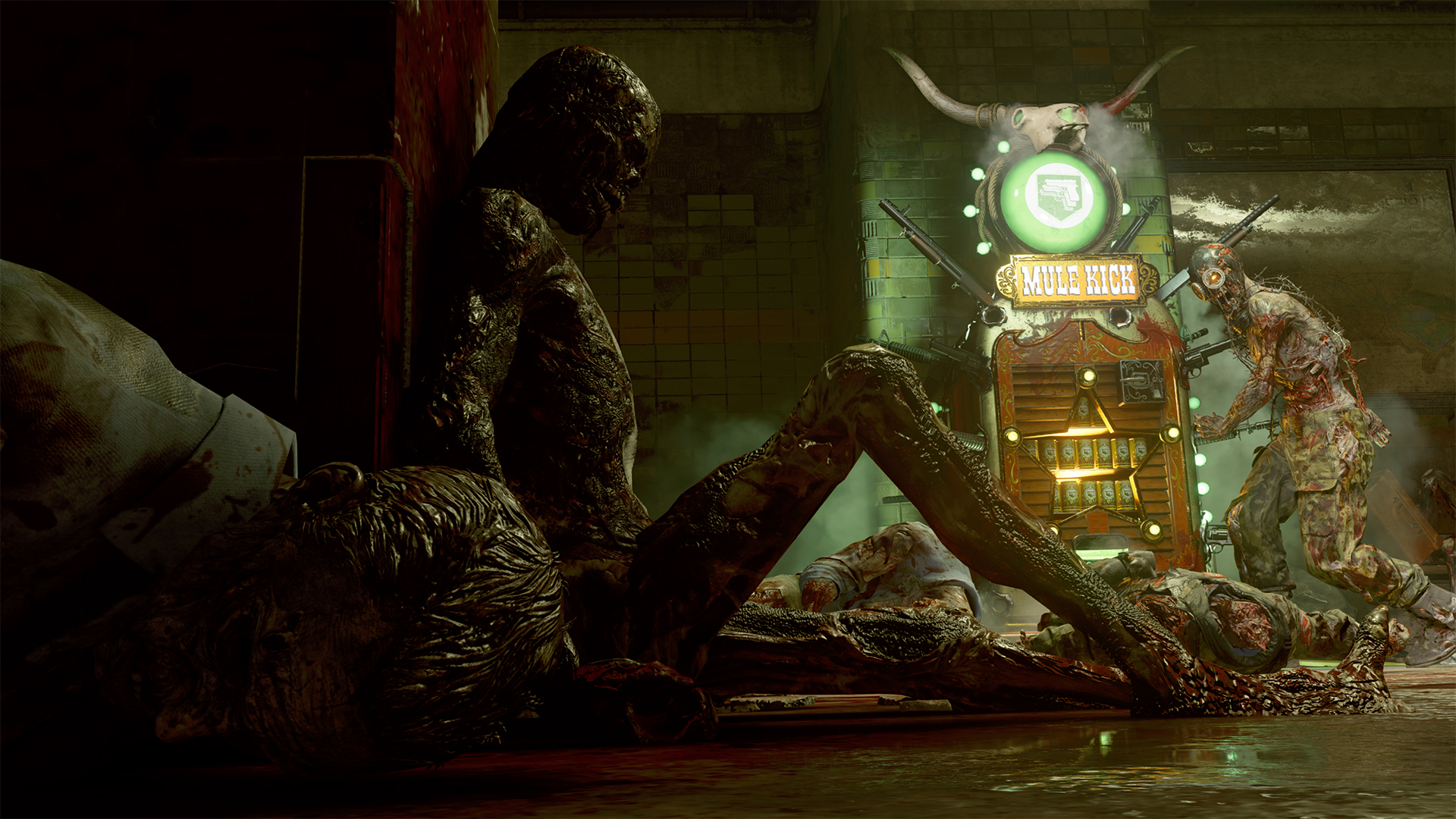 With all these new toys (and a new round of weapon buffs detailed in the patch notes below), Mule Kick is indispensable as the latest addition to the Perk-a-Cola family. While Mule Kick’s base ability to carry a third weapon is back from previous incarnations, you’ll become a well-stocked walking arsenal by the time you’ve upgraded it all the way to Skill Tier V.

Here’s what’s waiting for you:

Get the full breakdown on Mule Kick at the Call of Duty Blog, including Perk strategies, tips and tricks, and an in-depth guide to getting the most out of all five Skill Tiers. And for all those “Easter Egg” hunters out there, we’ll be turning on the Main Quest in “Mauer der Toten” at 10AM PT / 1PM ET July 15th. Plan accordingly! 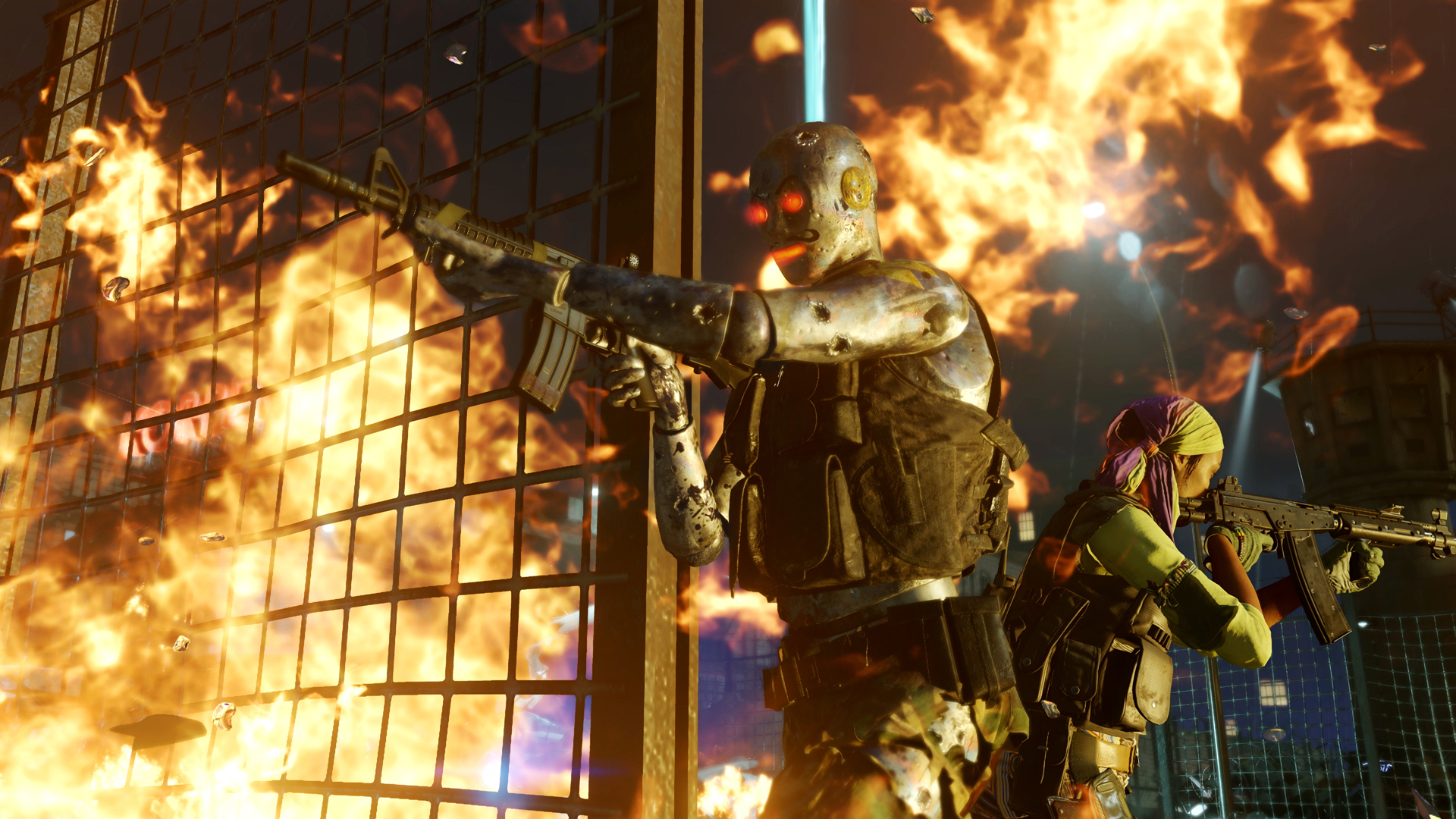 As we mentioned in our blog last week, we’re also significantly reducing the health caps of enemies in Zombies, reducing armor durability for Medium and Heavy zombies, buffing sniper rifles and Pack-a-Punched melee weapons, and adjusting damage scaling for certain Equipment, Support, and Field Upgrades for a more fulfilling zombie-killing experience. Check out the patch notes below for all the juicy details on what’s changing with this week’s update.

We’re also introducing a new feature on all round-based maps: Dynamic Wall Buys. Now, Wall Buy weapons will have a chance to increase in rarity every five rounds all the way up to Legendary, so players will have more options to choose from as the rounds get higher. This should introduce more variety and purpose to Wall Buys at high rounds, as it’s definitely worth looking around to see which weapons have been upgraded as the match goes on. 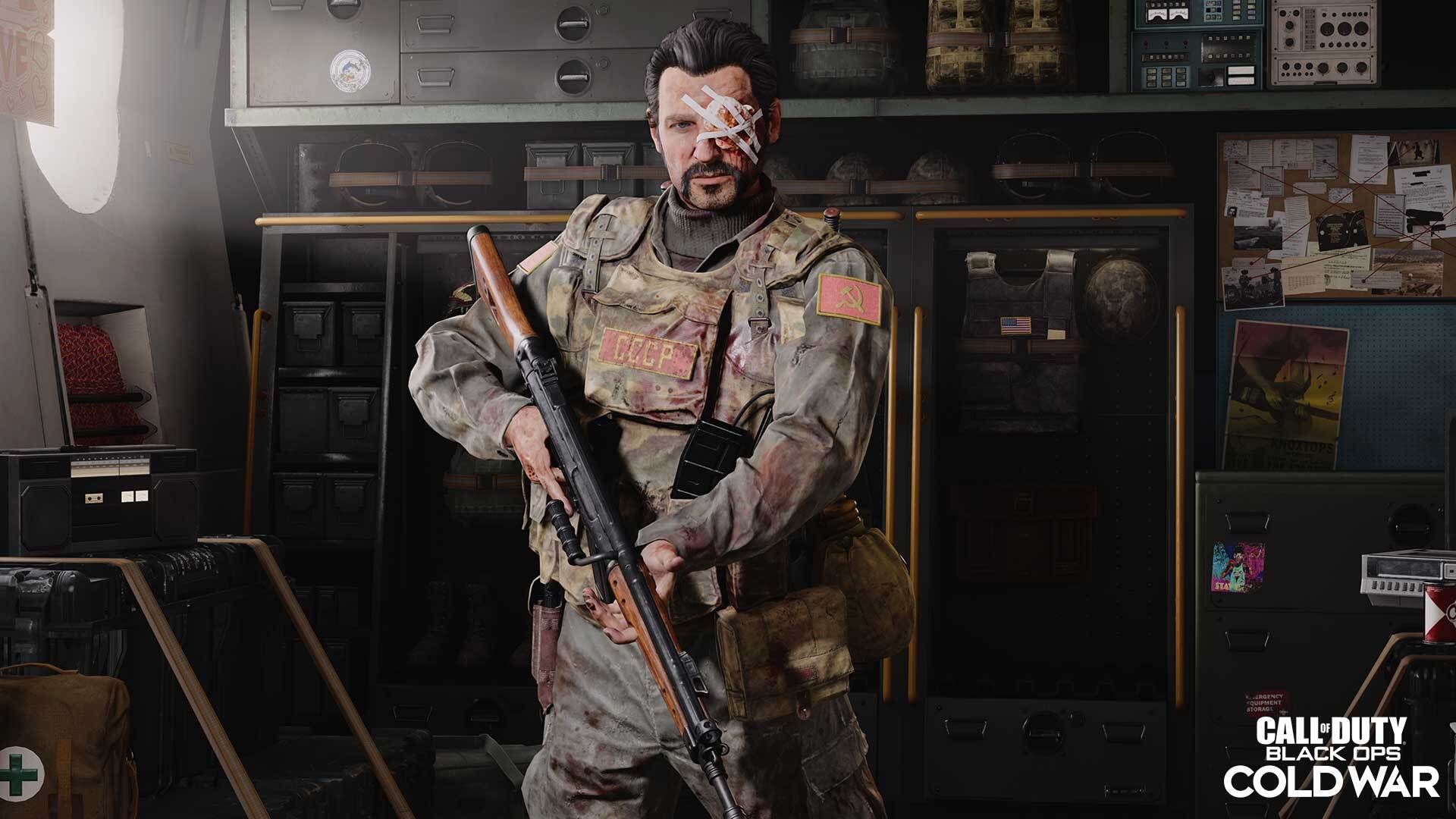 Later in the season, a younger version of Requiem’s own Grigori Weaver will become a playable Operator in Zombies, Multiplayer, and Warzone in the upcoming Tracer Pack: Weaver Operator Bundle in the Store. His “Kremlin’s Eye” Operator Skin is a classic throwback to the Weaver we all met back in the O.G. Black Ops, just after his eye was taken by Lev Kravchenko. Samantha isn’t the only one who gets to have a little fun in the field! 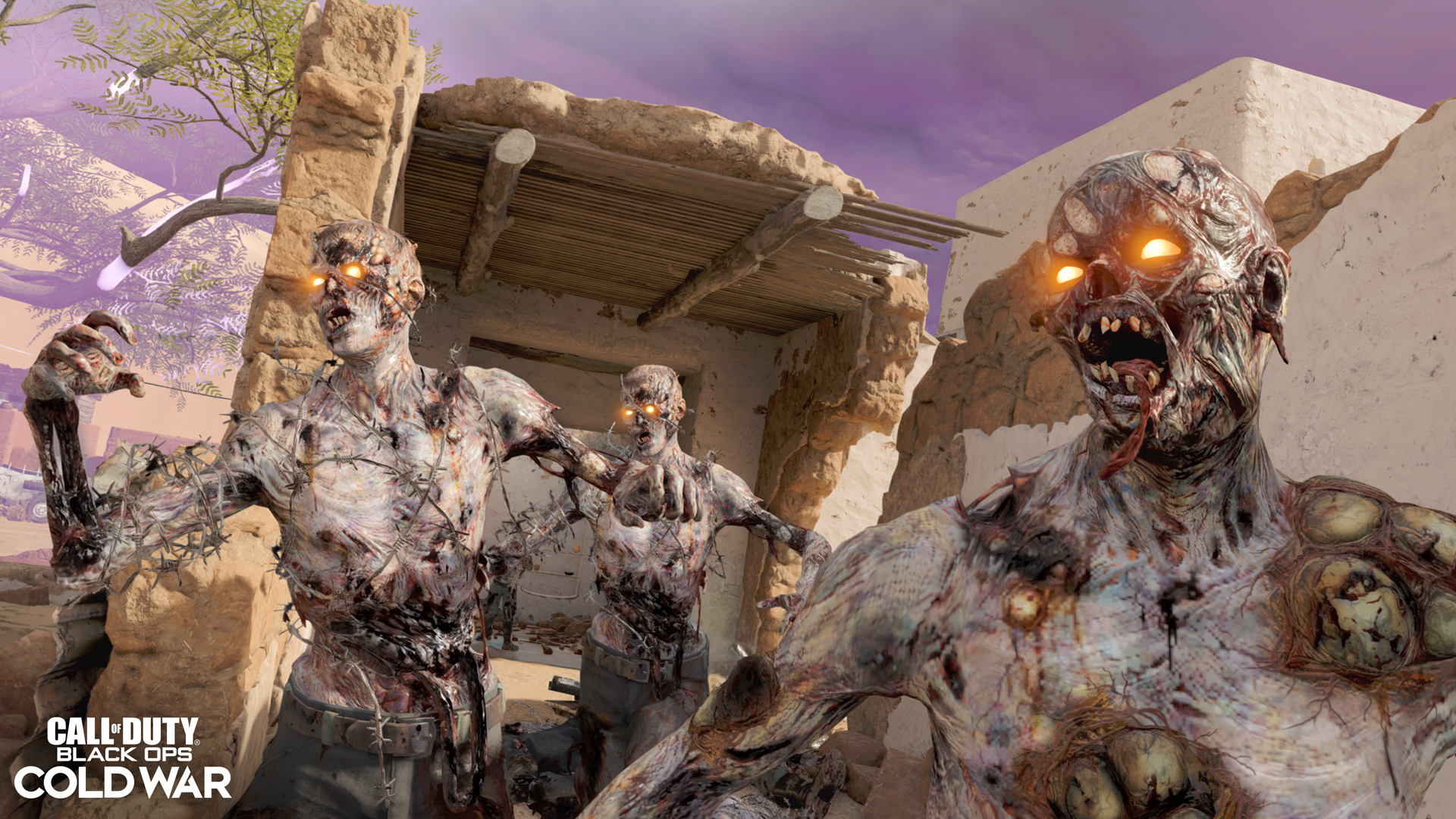 And on PlayStation, Zombies receives its 20th Onslaught map (!!) with the addition of Rush, complete with new Dark Aether story Intel to unlock. Players can also jump into the insane new Onslaught Accelerated mode, featuring an endless barrage of enemies that never stop spawning and a Dark Aether orb that never stops moving. Killing enemies even increases the speed of the orb for a short period, so the action truly never stops.

As an exclusive bonus, you’ll be rewarded with the “Chemtaminate” LMG Weapon Blueprint if you’re tough enough to survive 20 Surges in Onslaught Accelerated. Good luck! 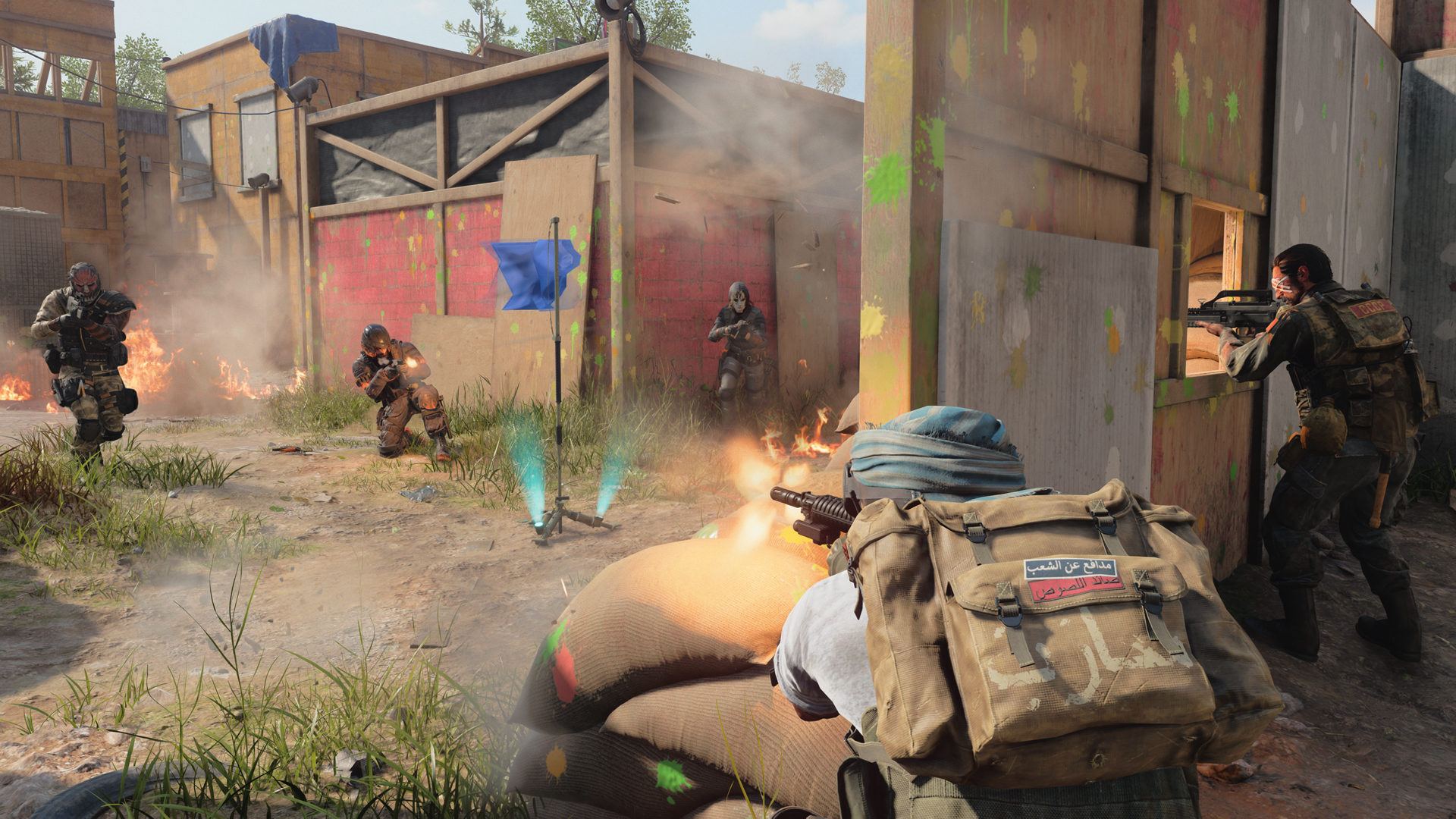 We’re bringing a non-stop mix of new and classic action to Multiplayer in Season Four Reloaded, starting with the return of Rush from Black Ops II. This iconic paintball arena joins the 6v6 map rotation with its own Rush 24/7 Featured Playlist this week, along with one of our all-time favorite MP modes, Capture the Flag. Hailing from the early days of Call of Duty, this one needs no introduction... capture the enemy flag, protect your own, and rack up the most captures to take the win.

The new Cranked Moshpit also drops this week, bringing Cranked Team Deathmatch and Cranked Kill Confirmed to Black Ops Cold War for the very first time. If you’ve played Cranked Hardpoint (or even Cranked in Zombies), you know the drill: eliminate enemies to become Cranked and earn buffs, and keep getting kills before your Cranked Timer runs out! 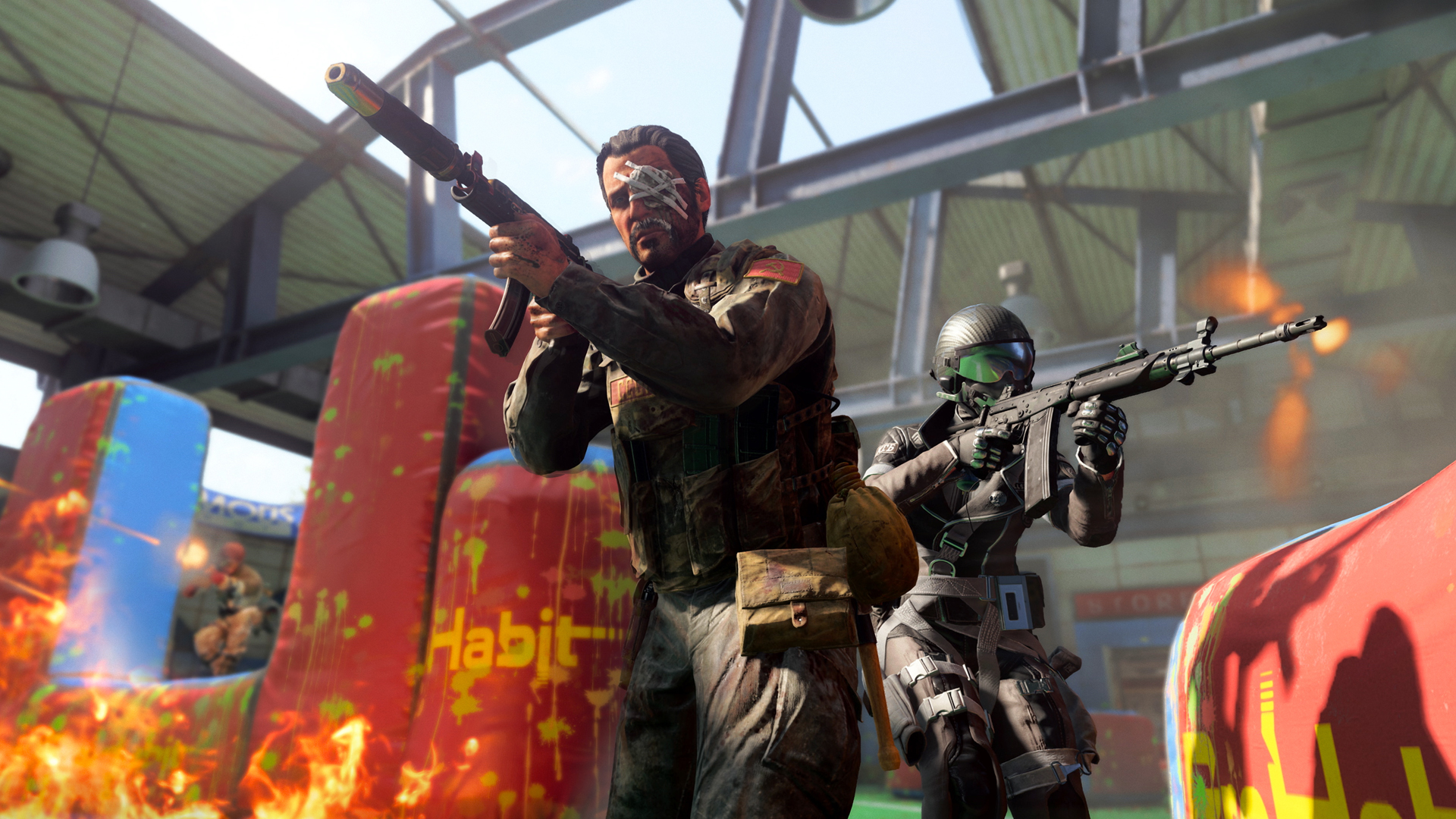 Next week, we’re bringing Paintball Moshpit into the mix as well, featuring a mix of 6v6 respawn modes with paintball impact visuals and sound effects. NukeJacked 24/7, Snipers Only Moshpit, and Gunfight Blueprints also return this week alongside Face Off 6v6, Party Games, and Multi-Team, so there’s no shortage of action at the launch of Season Four Reloaded, no matter how you play.

Oh, one more thing... we’ve heard from those players who went the extra mile in Cranked Hardpoint to earn the hidden Nuke Scorestreak, and we’re bringing it to the rest of Multiplayer. Starting this week, players will now be able to call in a Nuke by earning 30 kills without dying in all modes, with the exceptions of League Play and CDL variants, Multi-Team, Party Games, and Gunfight. “Going nuclear” suddenly takes on a whole new meaning... 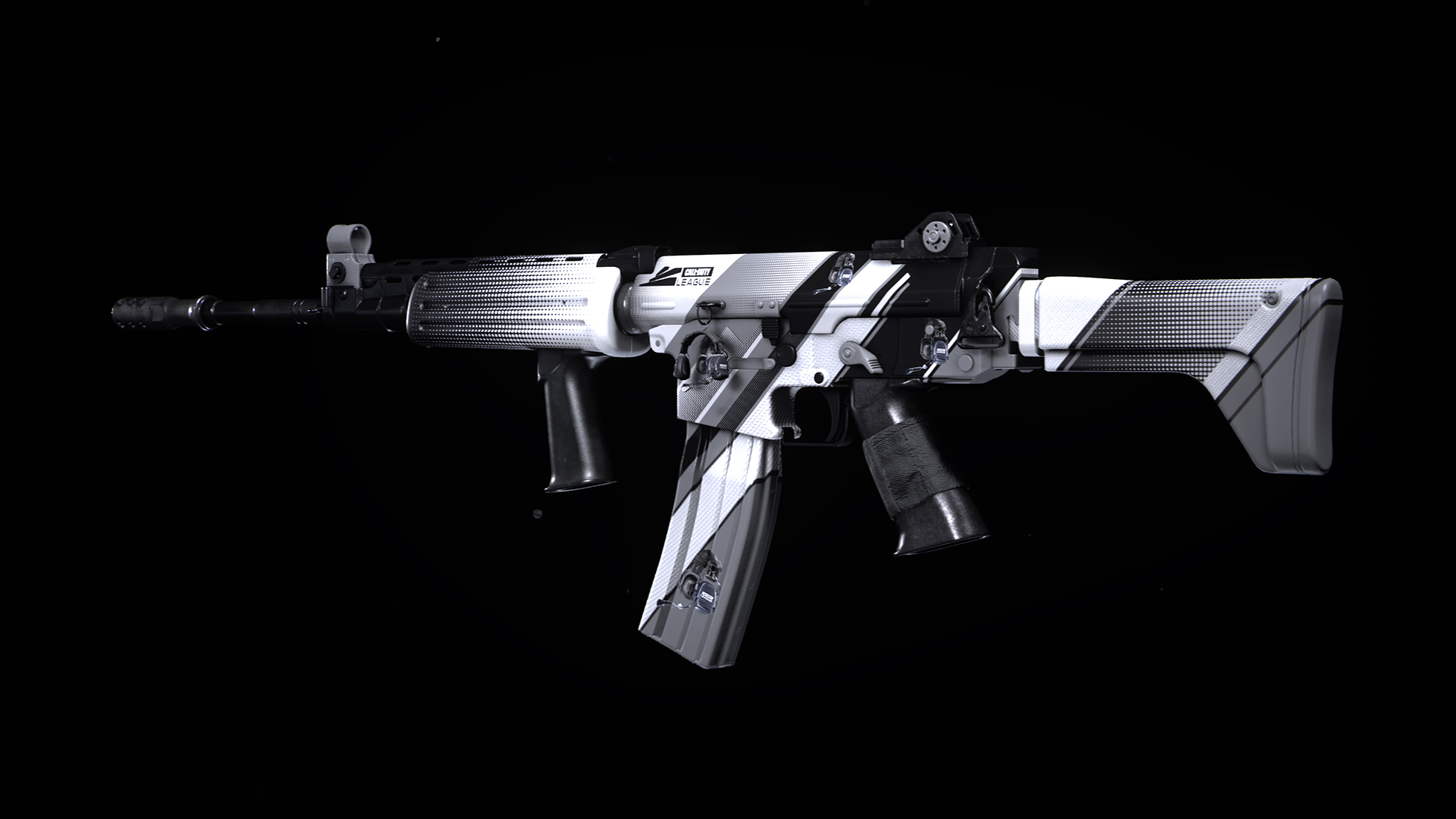 Shortly after the launch of Season Four Reloaded, competitive fans will have even more rewards to earn in League Play, including new CDL-themed Weapon Blueprints, Weapon Charms, Emblems, Stickers, and XP bonuses at milestones up to 100 wins:

Progress toward these milestones will begin in Season Four Reloaded for all players. With this update, we’re also removing Standoff from the CDL Hardpoint map rotation and addressing an issue that could prevent players from being promoted or demoted to the appropriate Skill Division. 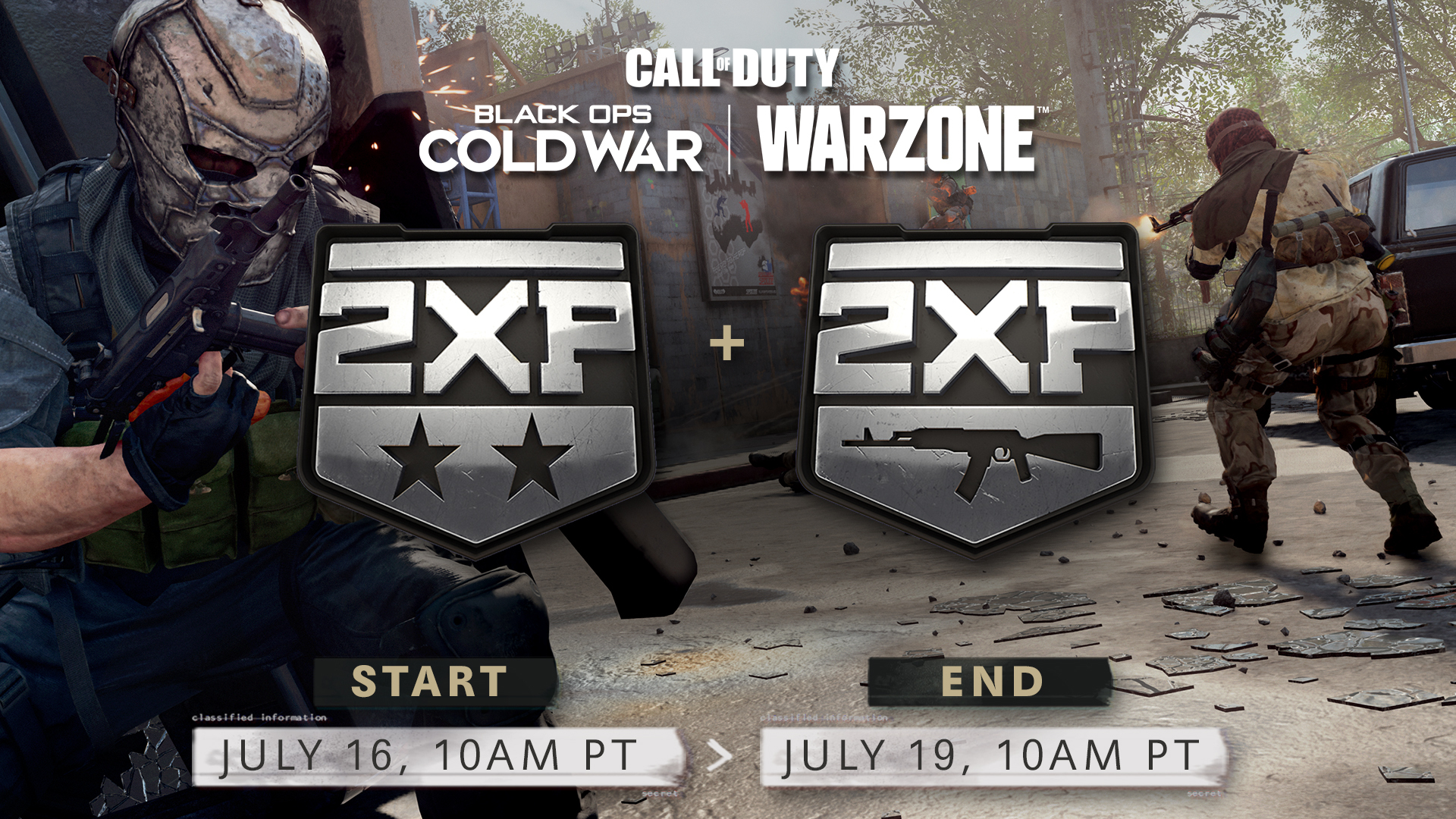 What better way to kick off Season Four Reloaded? Starting at 10AM PT July 16th through July 19th, we’re turning on 2XP and 2X Weapon XP for everyone in Black Ops Cold War and Warzone, so everyone can hit their next Prestige, max out the new OTs 9 SMG, and earn those Prestige Keys twice as fast.

Check out the patch notes below for everything coming to Black Ops Cold War when Season Four Reloaded drops at 9PM PT July 14th / 12AM ET July 15th. As always, be sure to follow @CallofDuty and @RavenSoftware on Twitter for all the latest Warzone updates.