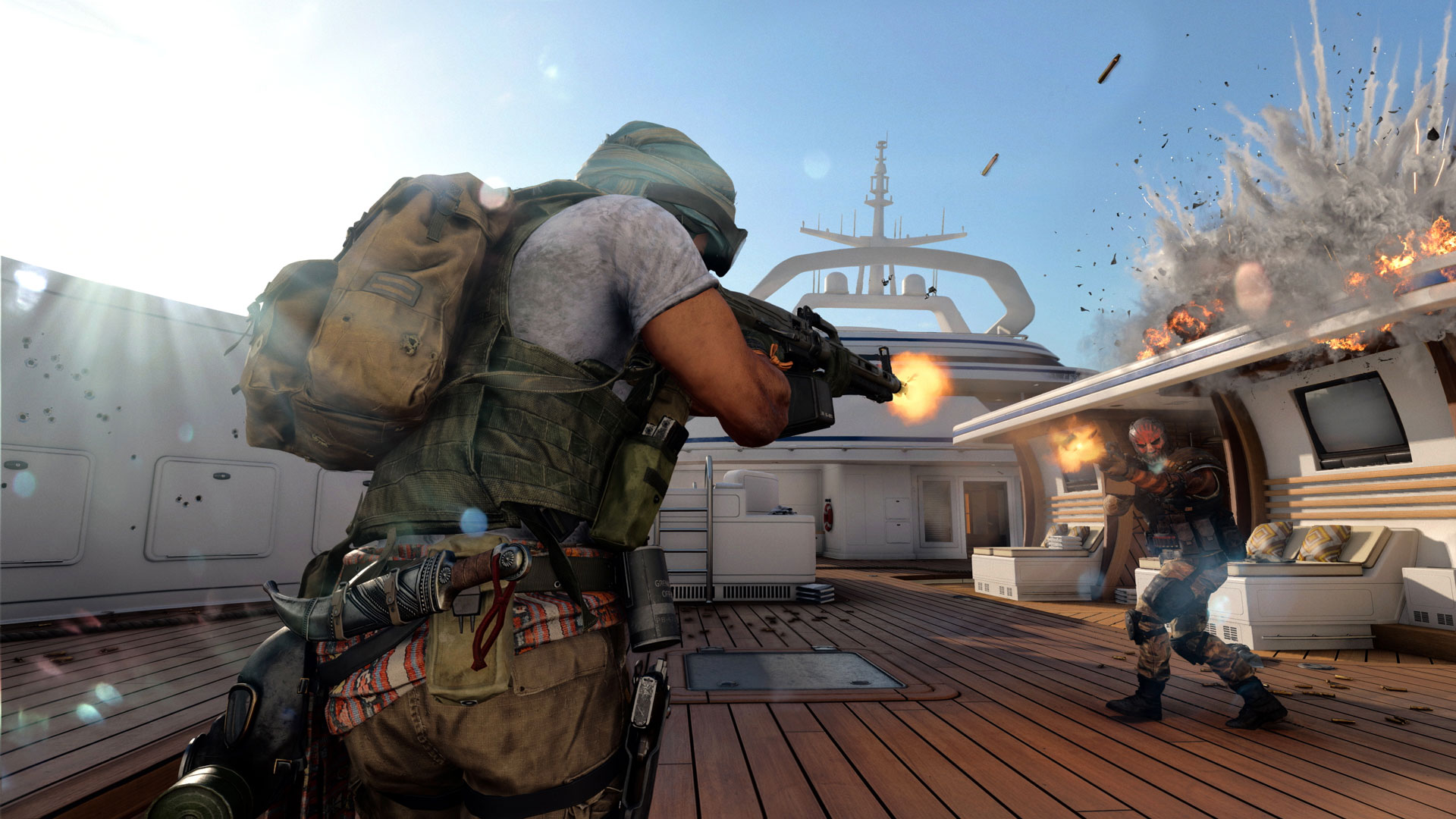 Black Ops II fans, it’s coming home. The NukeJacked 24/7 playlist makes its debut this week in Black Ops Cold War Multiplayer, serving up a Moshpit of 6v6 respawn modes on Nuketown ’84 and Hijacked... all the time, anytime. If you’re looking for an even bigger hit of nostalgia, Throwback Moshpit returns with an expanded map selection as Hijacked joins Nuketown ’84, Raid, Express, and Standoff in the rotation.

Collateral Combined Arms 24/7 also launches this week for everyone to experience the biggest, wildest version of our newest 12v12 map. This Combined Arms incarnation of Collateral comes complete with land and air vehicles for both teams to commandeer, including the devastating Hind helicopter. If you’ve been looking for your chance to complete those unfinished vehicle-based Operator Missions and Season Challenges on your list, now’s your chance.

This week’s update also brings Gunfight Blueprints into the mix for 2v2 fans, along with Face Off 6v6 and 12v12 Moshpit returning in both Core and Hardcore modes. NukeJacked and Throwback Moshpit are also available for our Hardcore players, so there’s something new for everyone. 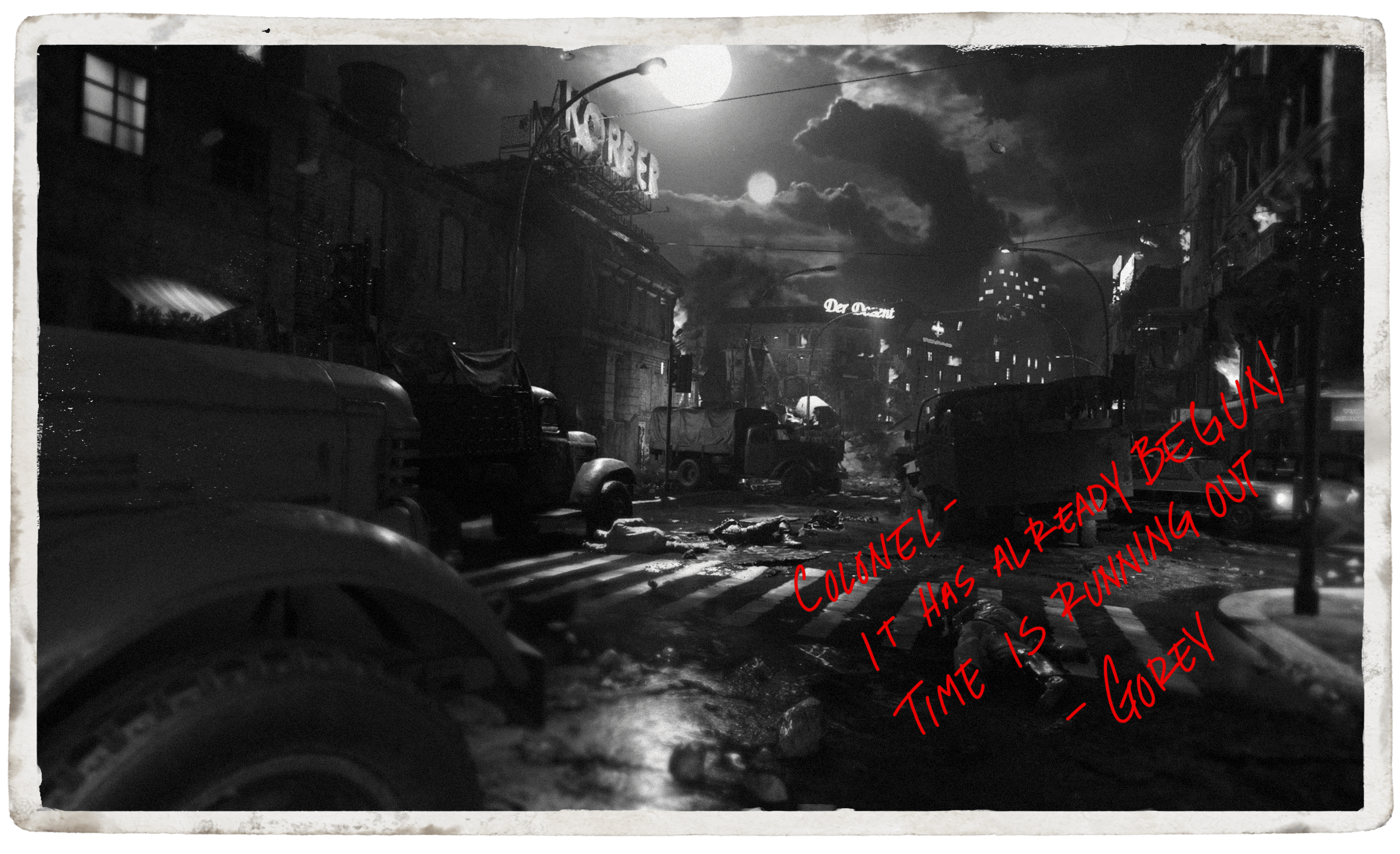 July is here, which means Season Four’s mid-point is fast approaching... and our next round-based Zombies map, “Mauer der Toten,” will be coming with it. The wait is almost over.

From last month’s official logo reveal and gameplay teaser video to early information on the map in our Season Four blog and Treyarch Special Broadcast, we’ve been dropping a steady stream of intel for fans to sink their teeth into.

If you’ve been keeping up with our social channels, you’ve also seen the state of Berlin after the recent undead invasion, Omega Group’s plans to keep the truth hidden from the public, and Colonel Kravchenko’s true motivation behind capturing the Requiem strike team for his own ends. We even sat down with the voice behind Samantha Maxis to catch up on the Dark Aether story in our extended interview with Julie Nathanson. But there’s still more to come.

Keep watching our channels in the coming days for intel on some of the new Omega technology you’ll get your hands on in “Mauer der Toten,” a sneak peek at our next upgradeable Zombies Perk, and more. See you then. 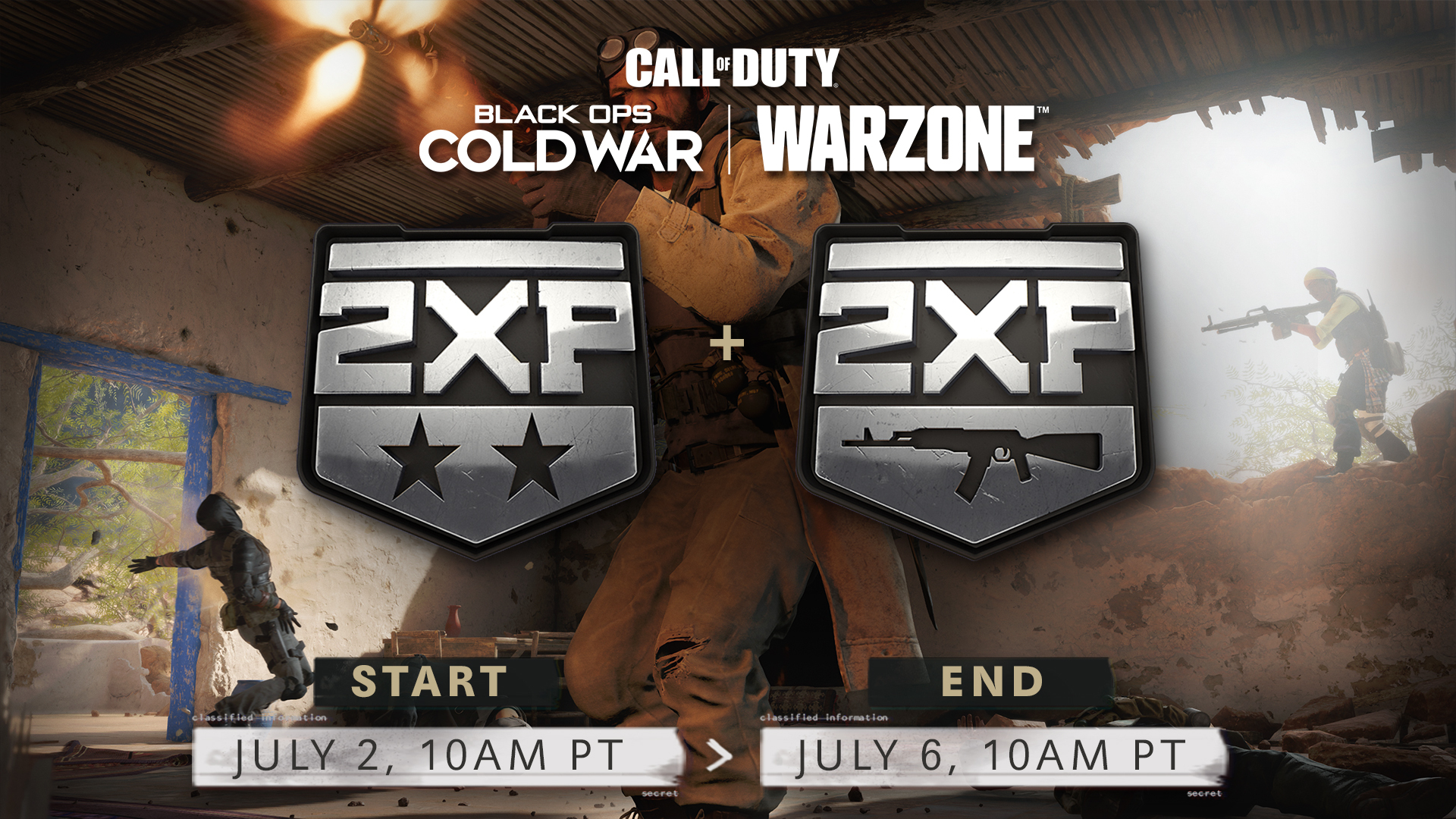 Independence Day festivities kick off stateside this weekend, and we’re partying down with an extended four-day Double XP + Double Weapon XP Weekend! No matter how you’re celebrating, please be safe, have fun, and enjoy the grind.

Here’s a look at what’s new since our last update: