“Change is a scary, unsure thing. I stepped into a role I’ve never filled before, and CWL’s fans were introduced to a new host. I’d like to think that change worked out beautifully on both sides.

I sit here now writing this with the distinct privilege of being CWL’s host. I love my job. I love the fans. I love the players. I love my coworkers. I get to live my dream.”

This is Katie Bedford, who joined the Call of Duty World League’s broadcast team this year as a desk host.

Whether it’s a Tuesday in the CWL Pro League or moments before a Grand Final on Championship Sunday, she facilitates the conversation about the best Call of Duty® players in the world between several of the game’s knowledgeable veterans.

As a casual Call of Duty lifer turned broadcaster, she has had a spectacular journey to the CWL desk. Here’s what she had to say about being a new face among the Call of Duty competitive community:

Activision Games Blog (AGB): Thanks for joining us Katie! First things first, when did you first start playing Call of Duty?

Katie Bedford (KB): Oh god — I’ve played video games my entire life, and I’ve been playing Call of Duty for years. Of course, I’m not on the level as everyone in the Call of Duty World League [laughs]. It’s always been a title I’ve had; I’ve always been a console girl, so I always had Call of Duty.

AGB: With that said, are you playing a lot of Call of Duty®: Black Ops 4 right now?

KB: Of course! Right now, I’m pretty much exclusively playing Black Ops 4 heavily. Mainly I’m playing a lot of Blackout, and I’d like to play along with Clint [“Maven” Evans, another on-air talent in the CWL] and his group.

Nameless [Anthony Wheeler, one of Katie’s on-air co-hosts] has been telling me to play with him though, and he’s saying it’ll be fun… But I’m super nervous to play with him because of course, he streams, and I don’t want people to make fun of me because I’m not as good as him [laughs].

When I’m not in Blackout, I like Control a lot; that’s a fun game mode.

It’s really important to me, as the newcomer to the Call of Duty World League, to make sure I spend a lot of time with this game so I can be familiar with it. That way, I can ask better questions, and relate to the viewers and players more [during the broadcast]. 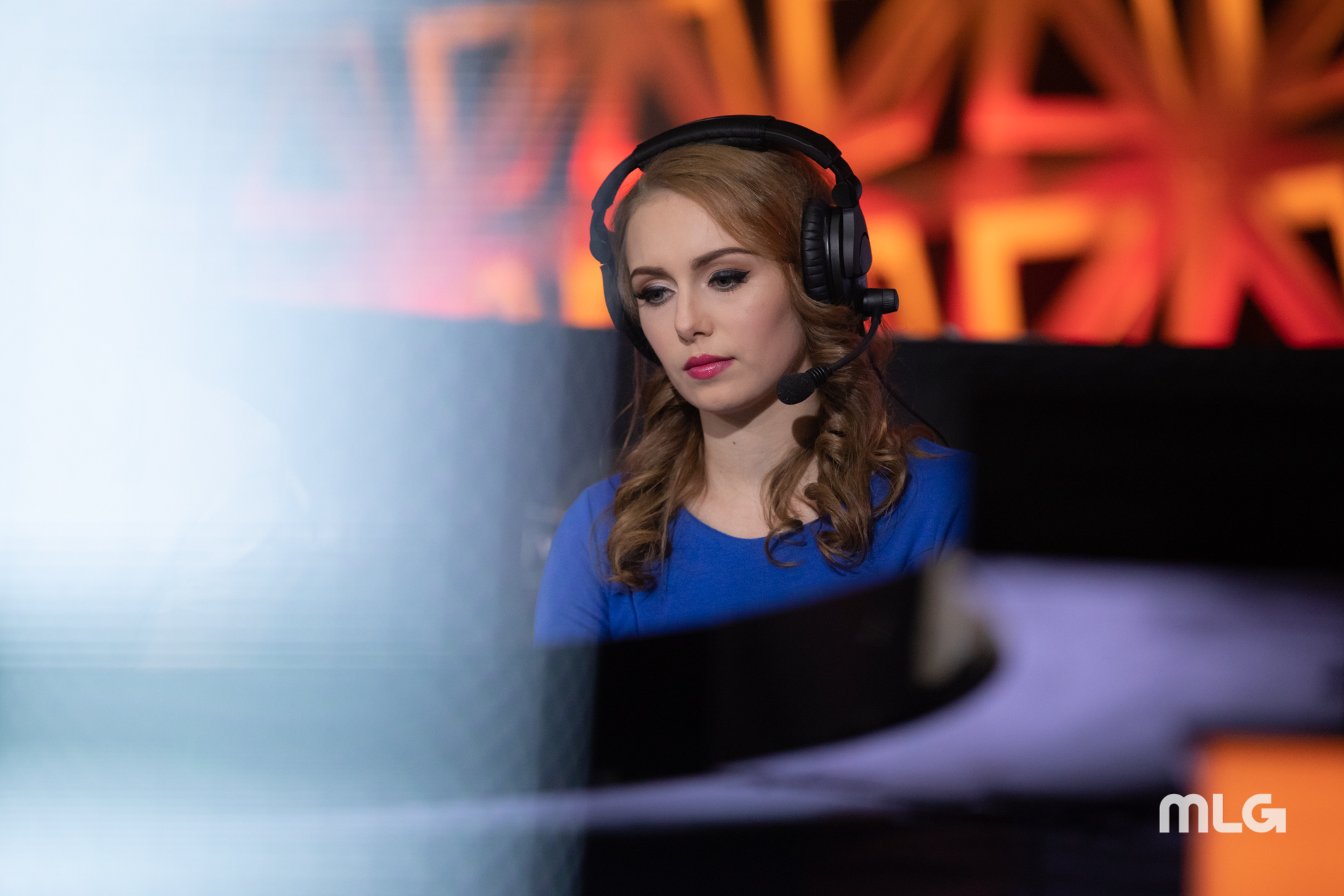 AGB: You explained this in your piece for the CWL, but just to summarize it, how did you find your way onto the CWL desk?

KB: It’s kind of a funny story: I’ve been writing a daily esports newsletter for a long time and doing that allowed me to meet a lot of people. I also loved doing on-air stuff for politics, but I think it was time for me to transition full-time to esports. So, in August, I was talking to an Overwatch League caster and asked him for any advice.

And he goes, “You’re great. Do you want me to just recommend you for a job?”

It was kind of that moment where you’re just staring at someone and go, “Um… Yes? Yes. Whatever you just said, yes.”

From there, I started a five-month interview process, and it’s been a ride that I’ve been so grateful to be on.

I can’t say enough about the CWL — my producer, my bosses, and all of the talent who go above and beyond to help. Nameless helped me a lot with rundowns [broadcast notes], and StuDyy (Jeremy Astacio) would literally sit with me on the desk and answer any question I had.

AGB: What would you say you learned the most from being in the CWL, especially as someone whose played these games for years?

KB: At first, I was kind of nervous how people would receive me — they aren’t going to be familiar with my face or my name.

And then everyone — from the staff to production — was incredibly warm and kind. The recently retired Call of Duty esports pro Brice Faccento was the first player to come up to me out of the blue in Las Vegas – my first-ever event as on-air talent – and say, “You’re doing a great job.”

I didn’t expect this to be quite as wonderful as it’s been, but it’s been a ride, I love it. It’s so fun to do an event now that I’m not terrified of being on air. 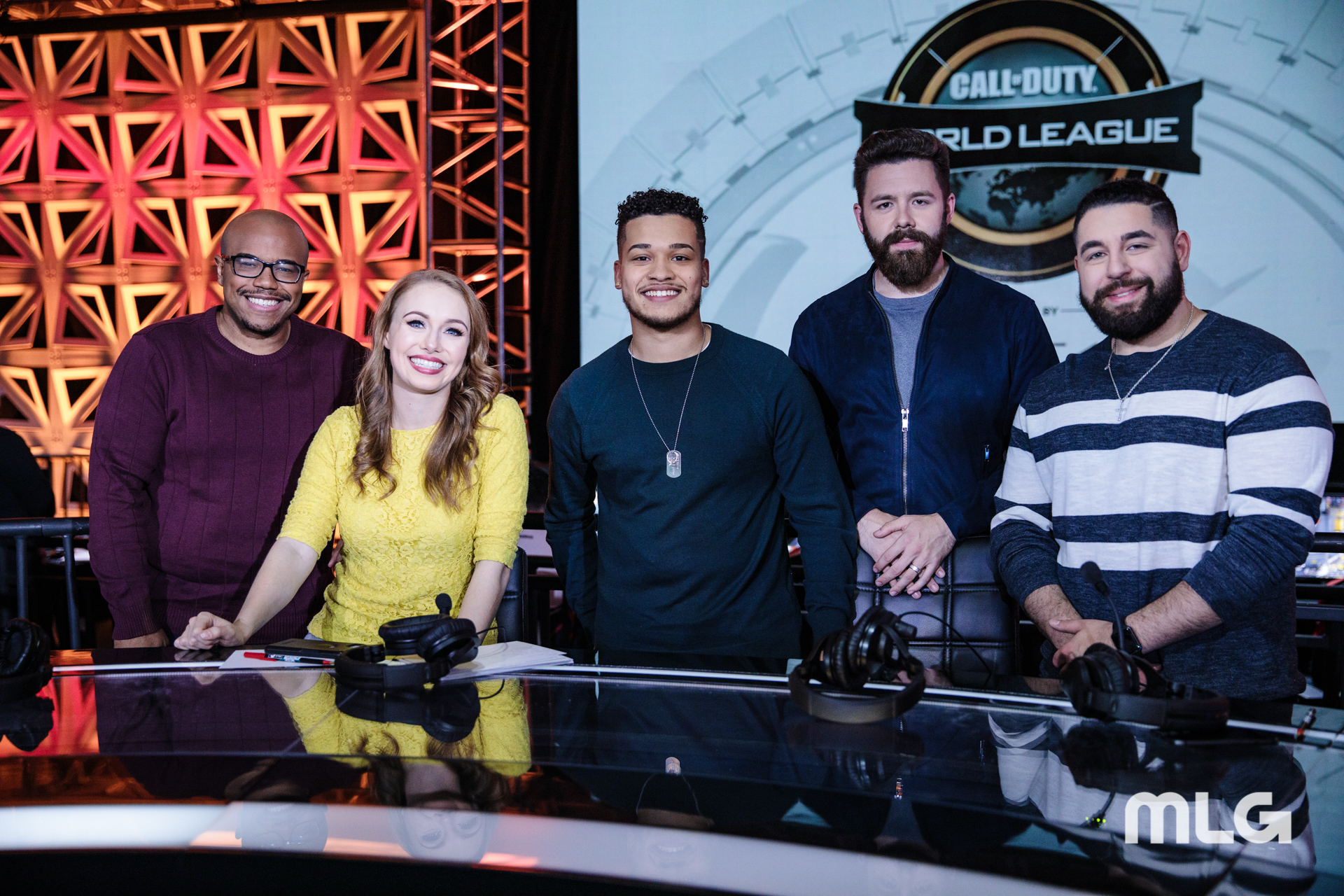 AGB: Does that really speak to the Call of Duty community at large? How has this community grown from when you were a teenager?

KB: The internet can be a harsh mistress sometimes, because at first, a lot of people were skeptical. But the majority were overwhelmingly supportive. After CWL Las Vegas in December, I kept seeing that through all the Reddit threads and appreciation on Twitter.

I’ve found the community to be welcoming, supportive and educational. Many are my age and we’ve all grown up with Call of Duty. Now, to come to these events, it’s exciting for the community as a whole.

AGB: For someone who has never seen the Call of Duty World League in action, what are the best reasons for checking it out, whether watching a stream or coming to an event?

KB: Literally everything I just said about how supportive and great this community is why you should be a part of it!

I came in here as a newcomer and was embraced with open arms. From the players, to everyone who works at the event, to the fans; it’s a supportive community that wants everyone to be included.

The whole Call of Duty World League production has been incredible.

Honestly, I don’t know why you wouldn’t want to be a part of this.

If you haven’t done so already, read up on Katie’s full story on the official CWL website. While you’re there, check out how you can watch the Call of Duty World League live on Twitch, or consider coming out to the next event in Anaheim (June 14 through June 16).