Gunsmith just got a serious upgrade. Whether you are playing in Warzone or fighting with – or against – fellow Operators in Multiplayer or Special Ops, Gunsmith Customs lets you modify your weapons like never before.

Time to inspect your blueprint attachments and combine them together to form the ultimate in customizable firepower.

Enter Gunsmith Customs: a way for you to further customize your weapon by borrowing attachments from multiple blueprint variants, ultimately creating a beautiful masterpiece of wood, steel, and hot lead.

The results are almost infinitely customizable blueprint hybrids: custom weapons you have complete customizable control over, which can be absolutely monstrous in and out of combat. These are the sum of multiple blueprint weapons, fused to form one insane armament!

Take a look at the hybrid blueprints created by the Activision Games Blog team and learn how you can construct your own ultimate weapon.

Here’s How It Works 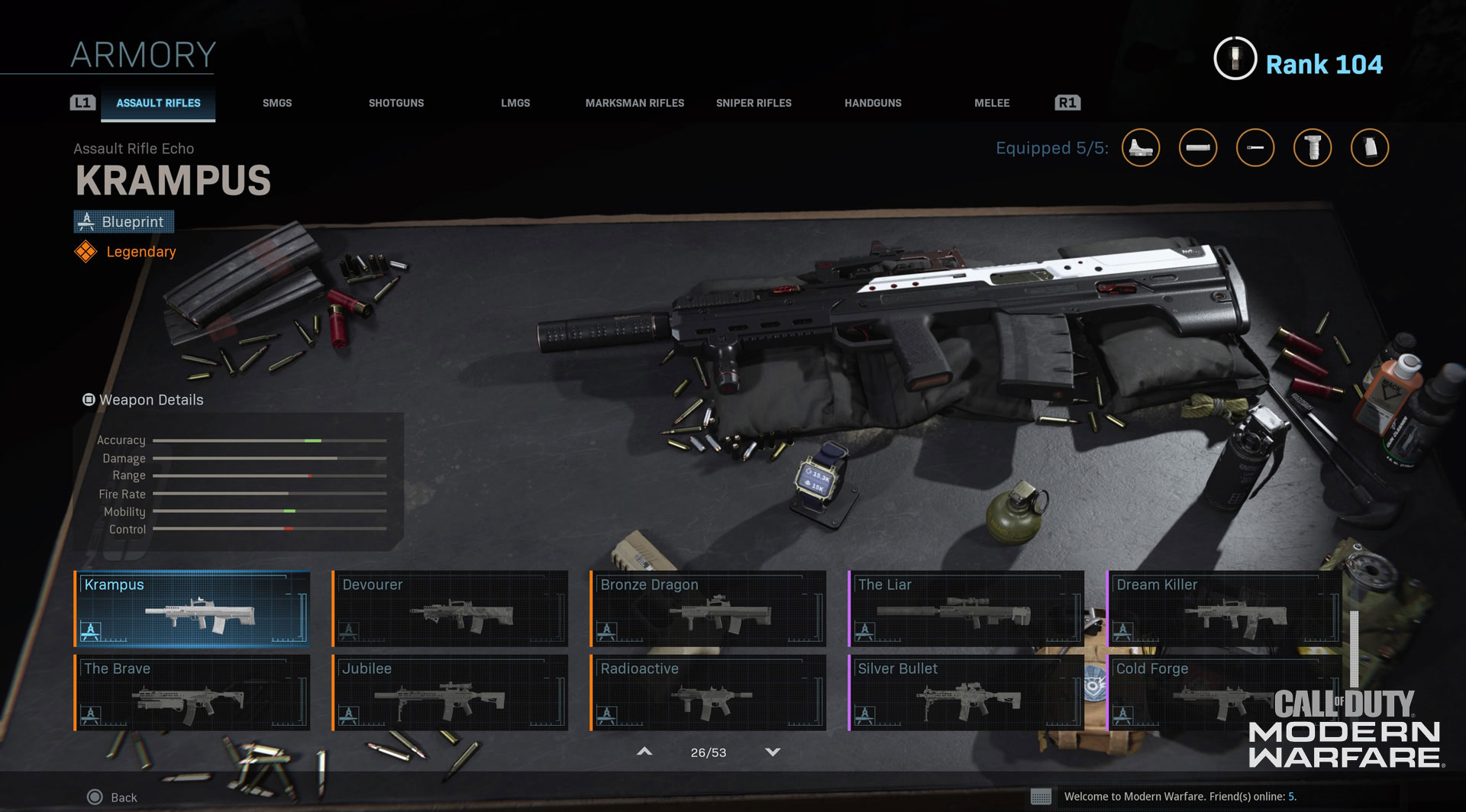 You might forget how many blueprints you have, so why not go to the Armory to see how stocked your arsenal is?

Within the Weapons menu, scroll all the way down and select the Armory to see and preview all your blueprints. If you need some more blueprints for Gunsmith Customs, head to the Store to purchase some bundles or consider picking up the Battle Pass, which contains unlockable blueprints you can get as you level up. 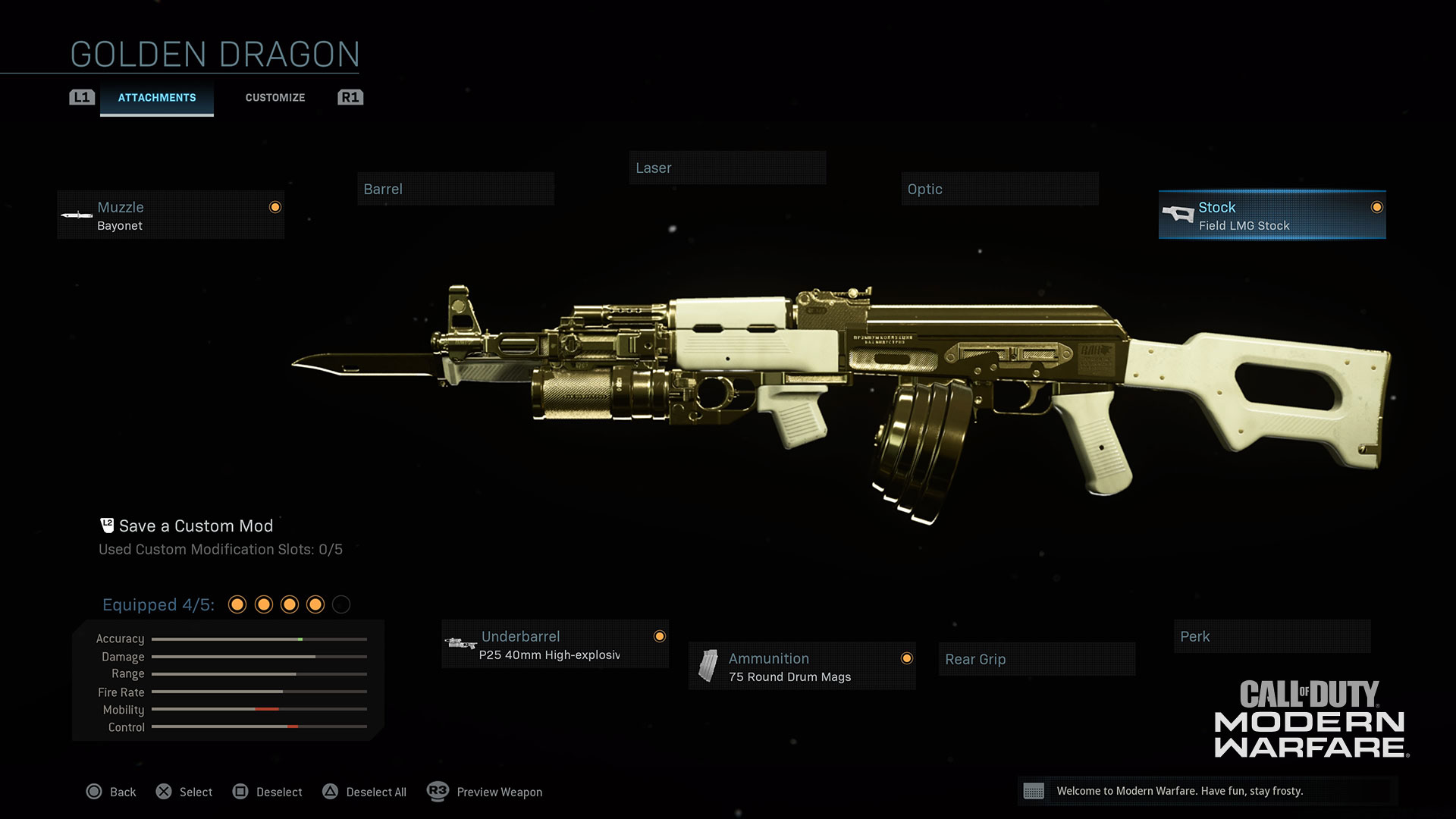 2. Head to the Gunsmith Bench

When you are ready, go to the Edit Loadouts menu, select your loadout, and, after selecting a weapon, tab over to the right to get into the Gunsmith menu.

Just like normal, you can customize your weapon. In addition, you’ll see the new Gunsmith Custom features once you select an individual attachment to equip. 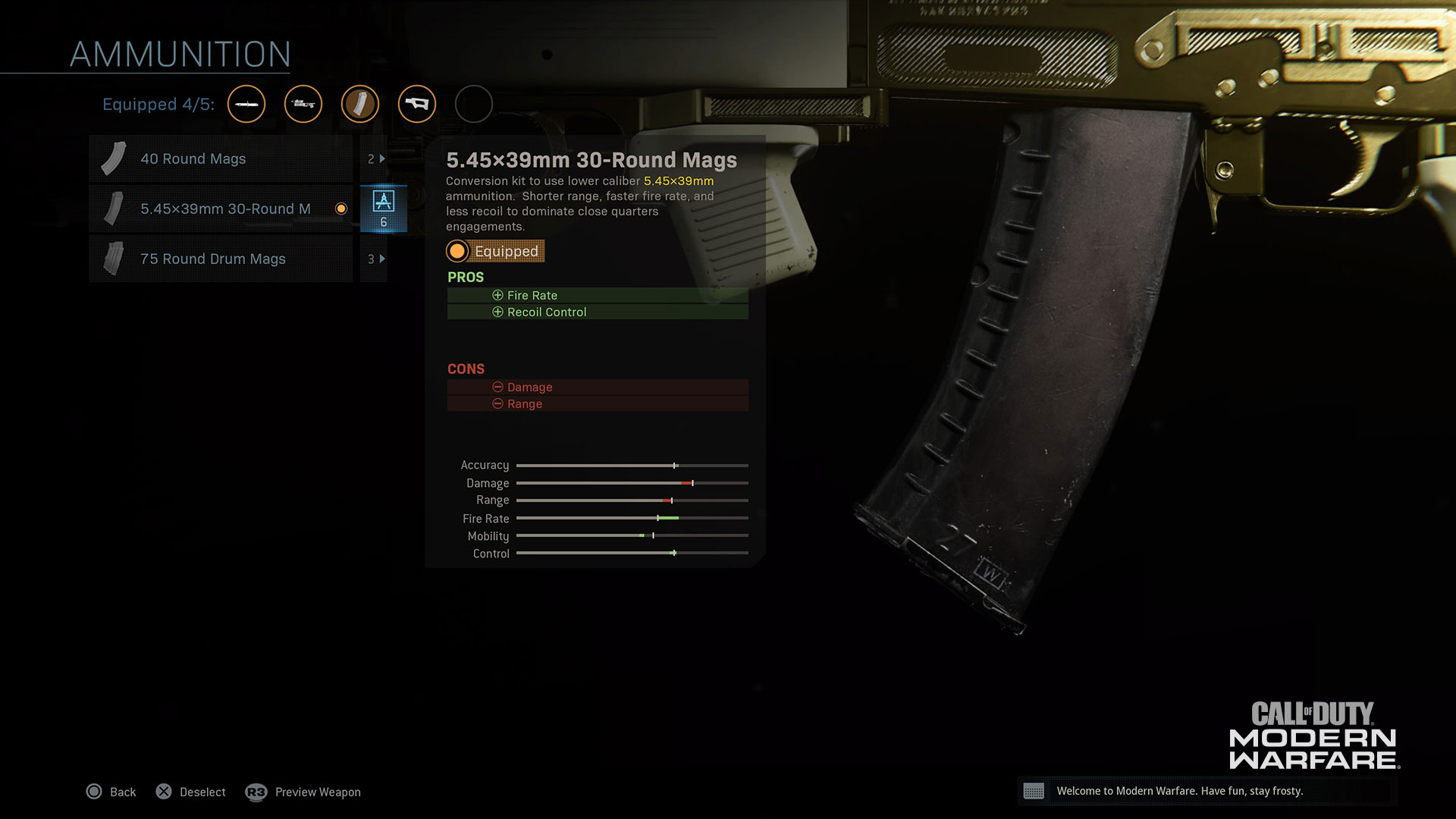 After picking an attachment, you’ll be able to see if you can customize its appearance (from your available blueprints) if it has a special icon next to it. Select the icon to access all the variants of that attachment that you have from weapon blueprints. 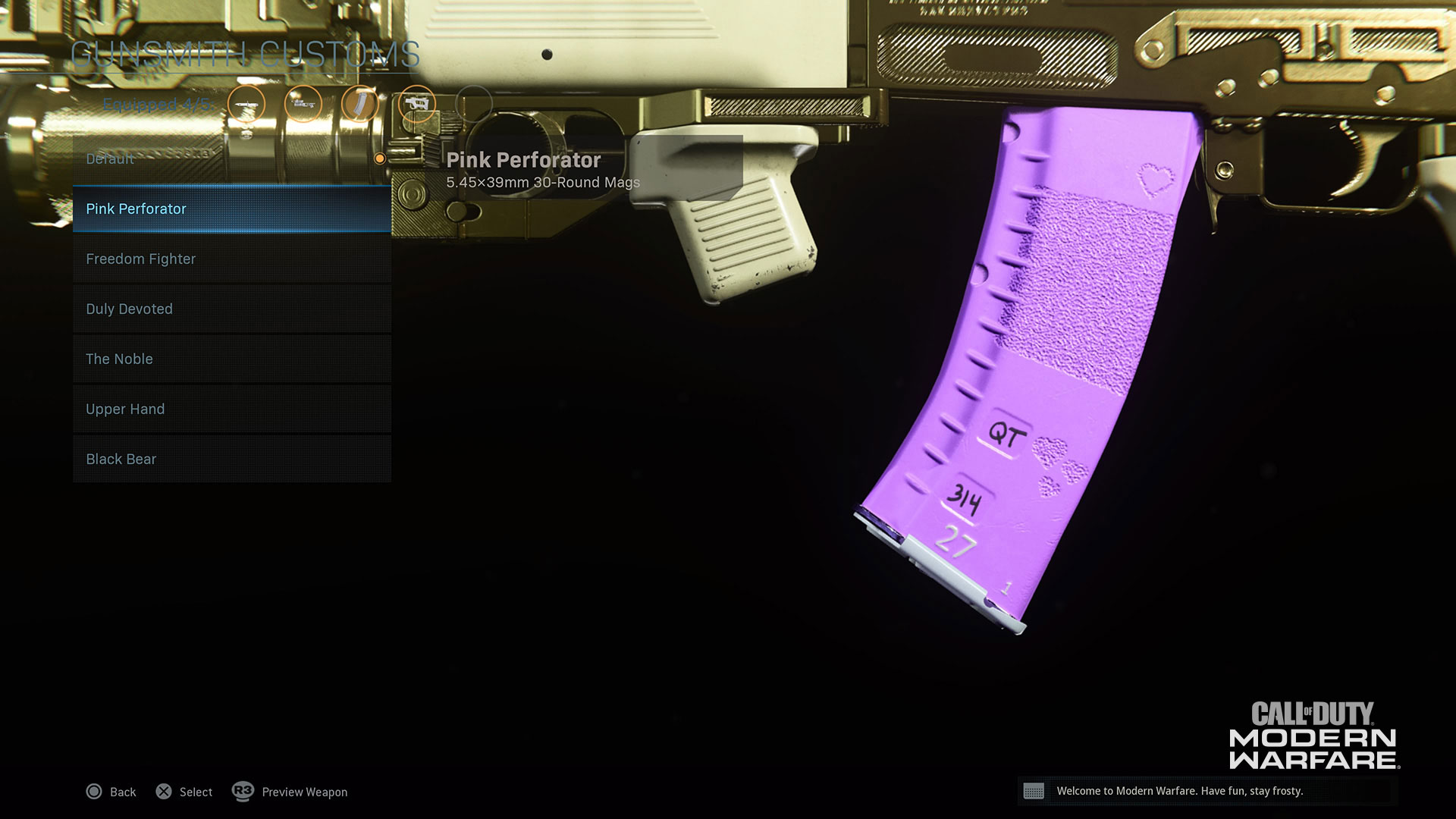 Once you select the icon, you’ll be able to customize the attachment. The above menu screen shows a drop down list of different appearances of that specific attachment from unlocked blueprints.

Also, a quick note on tracer and high-explosive rounds: if you want to see these special effects, you’ll need to edit the base blueprint that has them.

This is our final creation of our Assault Rifle Hotel blueprint hybrid, and is a stylized – not in-game – image to show that this is where each part of the weapon comes from.

5. Finish and Name Your Blueprint Hybrid

Once you are happy with your creation, adding camos, a different reticle, a charm, or stickers on top of your hybrid attachments, you can save this weapon as a Custom Mod and name it whatever you want.

Those seeking uniformity may want to throw a camo on your final creation. Just know it will blend in to whatever hybrid blueprint you create.

Use these new Gunsmith Custom features and create the wackiest or coolest weapons you can – we’ll keep an eye out in the community to see what awesome combinations are made with it.

And now, a look at some example hybrid blueprints that Infinity Ward and Activision have created in Gunsmith Customs:

For this Handgun Delta blueprint hybrid, we used the Moneymaker blueprint base and added attachments from the High Roller, Utilitarian, and Red Dwarf blueprint weapons. Bring this along for a handgun that fires fast, has a bit of range, yet still stays under the radar.

This SMG began as the Piercer blueprint. Then, we added in attachments from the Bengal, Bug Spray, Riptide, Sands of Time, and Vespertine blueprints to create this blueprint hybrid. These attachments all make a well-rounded SMG that can help you swat pests of any kind.

Assault Rifle India has seen a few blueprints since it first debuted in Season One. Here, we take that classic Corrupter blueprint in the Season One Battle Pass and mix it with attachments from Season Two and Three blueprints: the Glitchy Trigger, Neurotoxin, Snap Dragon, and Subterfuge. This may be great in your next Warzone match, given its underbarrel attachment, its zoomed scope, and a high ammo count per magazine.

Need to look sleek in your next marksman rifle duel? This hybrid of the Golden Age blueprint uses attachments from The Warden, Dusty Trail, Walking Stick, Brushstroke, and Torn blueprints. Bring this along if you need to do some longer-range sniping, and need a full extra bullets up your sleeve to finish the job.

Check out this colorful blueprint hybrid of Assault Rifle Alpha we took the Cerulean blueprint, and mashed it with the Brass Tacks, Regal Retribution, and Striking Tiger to create one heck of a rainbow weapon that can get 100 rounds downrange quietly.

This Shotgun Charlie blueprint hybrid is based on the Rail Splitter… But the comparisons to that blueprint stop there. Here, we threw on attachments from the Judgement, Stumpy, Ruin Seeker, Outback, and Ivory Tower blueprints. It’s one heck of a run-and-gun and long-range shotgunning hybrid, even if the Sawed off Stock was added to this masterpiece at the last second!