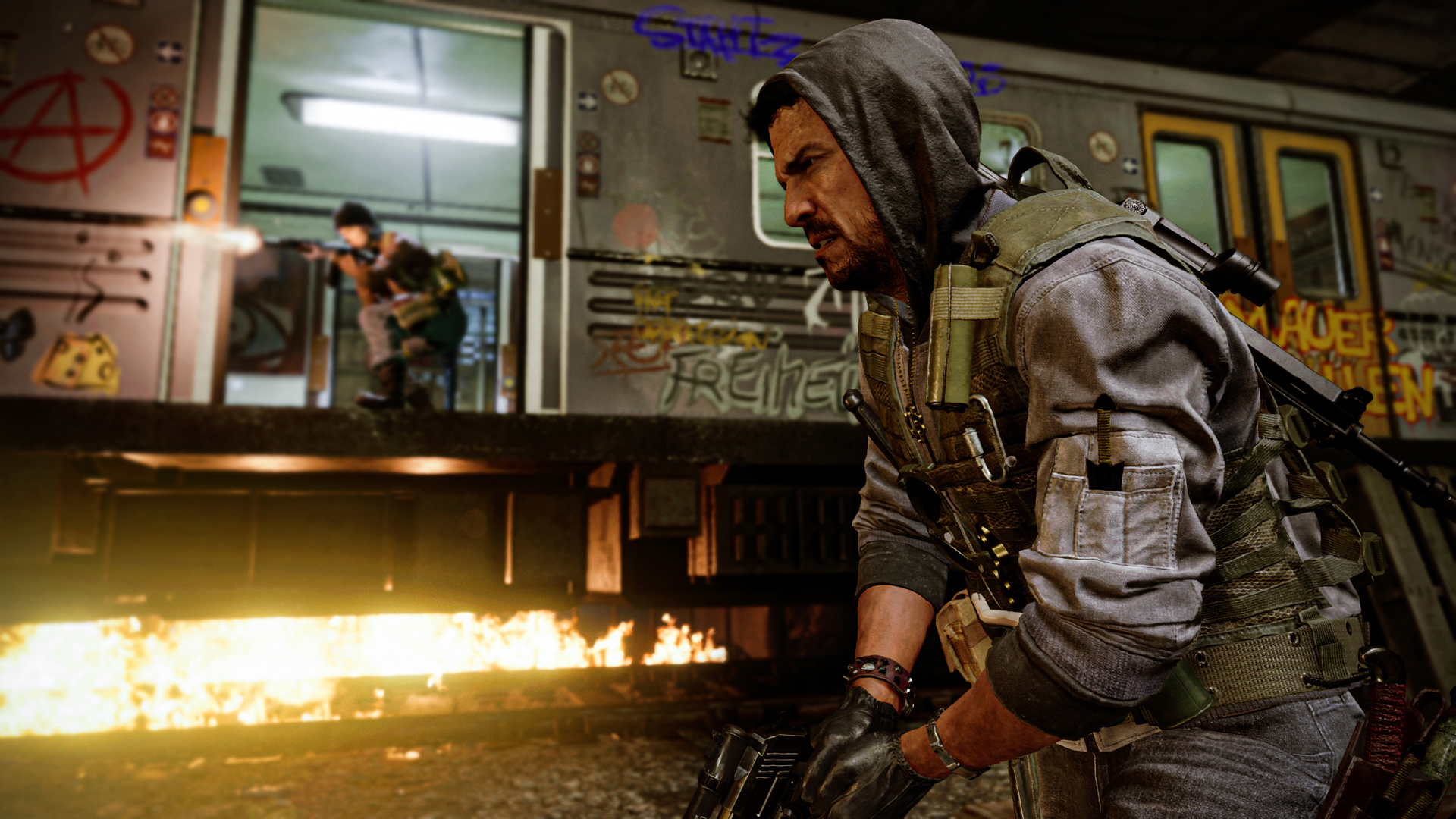 This is our most comprehensive Black Ops offering yet, stretching across Campaign, Multiplayer, Zombies, and Dead Ops Arcade, running on both current and next-gen platforms during the launch of a new console generation. Black Ops Cold War also ushers in the next evolution of Warzone™, particularly as we head into Season One with new Operators, weapons, and game content coming to Verdansk for millions of players around the world.

This is also the first cross-play, cross-gen, and cross-progression game in franchise history, and for the first time, we’re delivering free post-launch Multiplayer and Zombies content for everyone to enjoy with their friends across all platforms. It’s a big milestone for us, and we’re excited to bring the community together even further.

This year has presented a host of new challenges that we’ve never had to face before as game developers. Working from home has required all of us to pivot and innovate in unprecedented ways, and it’s been a massive team effort to ship the next Call of Duty title under such extraordinary circumstances. We’re incredibly thankful to all of our teams for making the impossible happen, and we’re immensely proud of the game you’ll be playing at launch. And as always, today is just the beginning.

As you may have already seen in our first post-launch roadmap, there’s much more to come just around the corner. Our biggest year of free content kicks off with the launch of Nuketown ’84 on Nov. 24th for all players, and with Season One starting on December 10th, we’re going all-out. 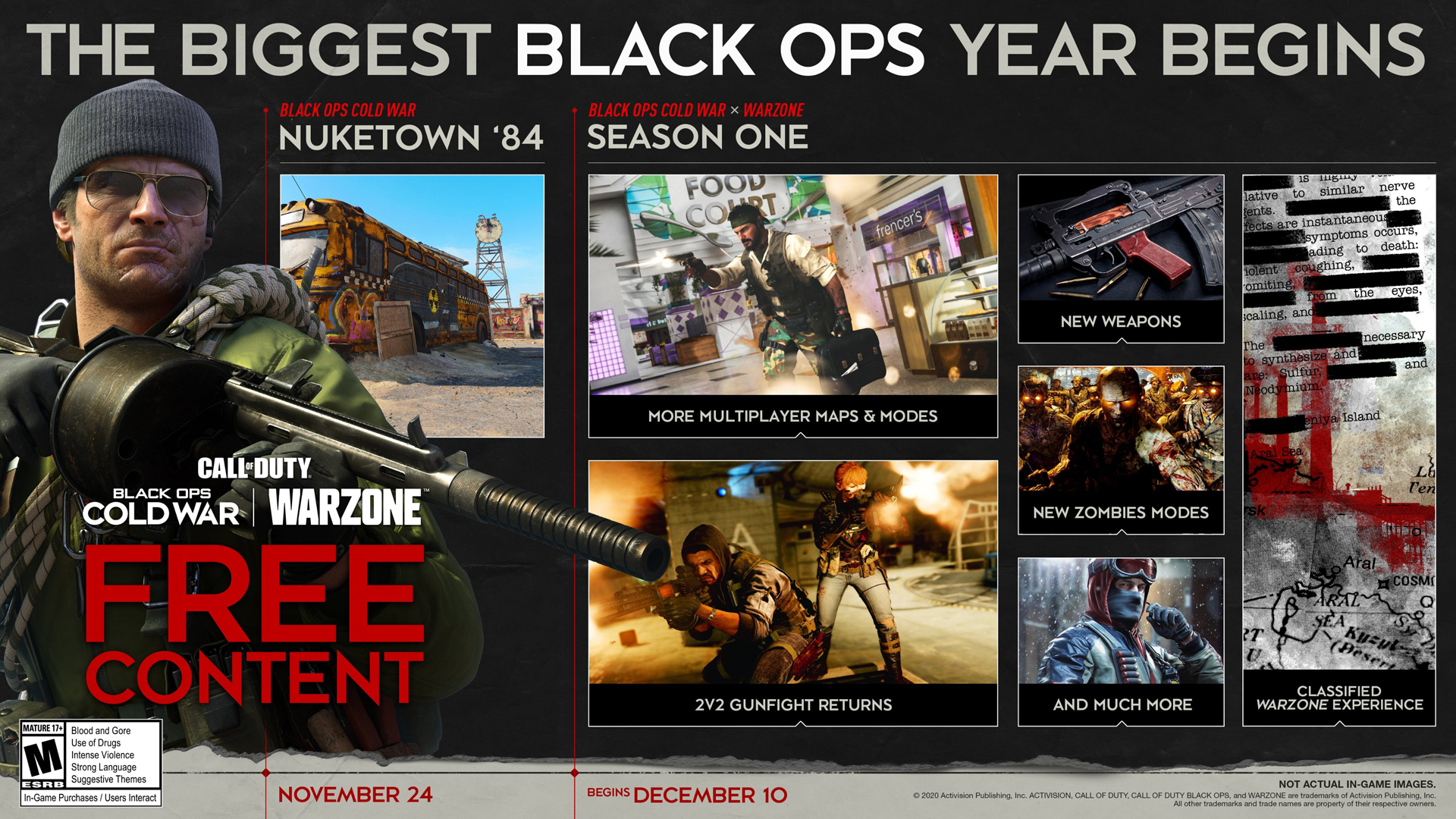 Here’s just a preview of what to expect in Season One:

As always, keep an eye out for a special holiday event later in the year as we finally put a bow on 2020. More details to come!

BE EXCELLENT TO ONE ANOTHER

Just a reminder before everyone jumps in today: toxic behavior, abusive conduct, and hateful speech have no place anywhere in our community or on our social channels. We have a zero-tolerance policy against such behavior, which includes (but is not limited to) personally attacking, bullying, harassing, trolling, cheating, griefing, impersonating, or threatening other players or Treyarch/Activision employees. Hate speech based on race, sexual orientation, religion, nationality, disability, gender identity, or other personal information has no place in the Call of Duty community. Period.

Please take a moment to familiarize yourself with our community guidelines here, and always remember to report other players who exhibit unwanted behavior in-game. You can report and block players by selecting “Player Details” on their name at the Scoreboard or from the After-Action Report.

Remember, we’re all humans on the other side of the screen! Be respectful and have fun out there.

To every single team member at Treyarch, Raven Software, Beenox, High Moon Studios, Activision Shanghai, and Sledgehammer Games, as well as all of our partners at Activision, Demonware, and everyone else who brought this game to life while working from home: you’re the best in the world at what you do, and we can’t thank you enough! This launch is the result of the tireless efforts of hundreds of people at the top of their craft, and we applaud the work you do every day to bring Black Ops to our fans. 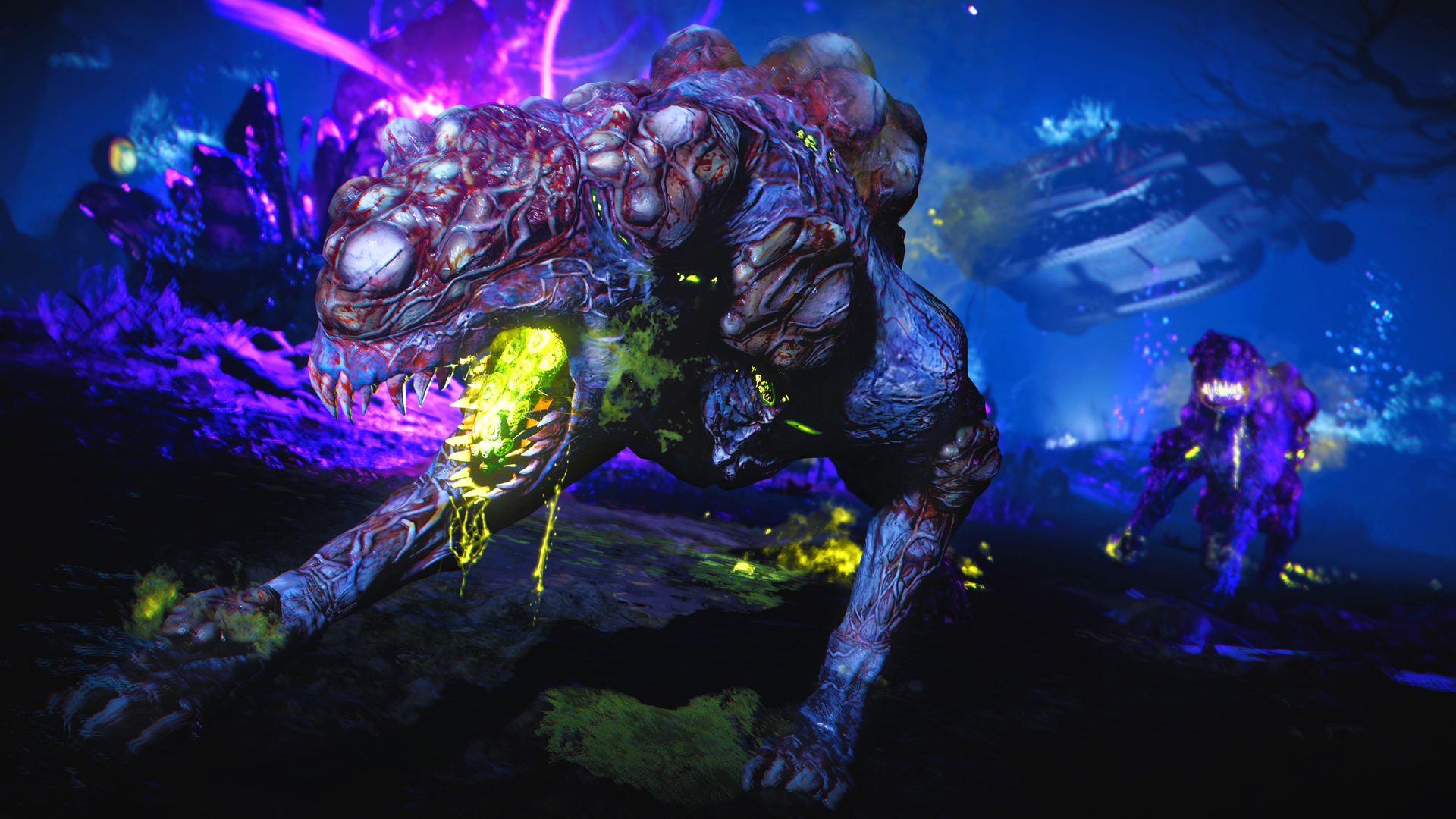 To our millions of players around the globe: thank you for your incredible support over all these years. Thank you for making the reveal of Black Ops Cold War our biggest yet. Thank you for making our Open Beta the most downloaded Beta in Call of Duty history (no easy feat!), and thank you for all the love, hype, and memes throughout it all. We would never have been pull this off without your patience, feedback, encouragement, and excitement for everything that comes next. Get ready for an amazing journey ahead.

As always, we will do our best to keep you informed, as well as address questions and gameplay issues, so stay connected to our social channels for all the latest studio news, including our new Discord to keep up with the latest game intel:

After everything 2020 has thrown our way, it’s our sincere hope that Black Ops Cold War brings you endless hours of fun with your friends and family, wherever they may be. It’s an honor and a privilege to continue to create new Black Ops memories with all of you!