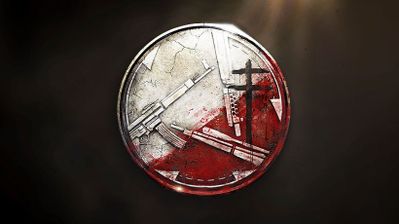 Captain Butcher loves his weapons. He’ll bend your ear for hours about the history of the revolver “that they don’t want you to know about” if you let him. It may seem like a strange quirk but, as any member of the Resistance Division can attest, you’ve gotta know what you’re working with. When resisting an oppressive empire, you can’t rely on supply lines to deliver the same weapons and ammo every month. Fortunately, in lieu of that lecture to prepare you for the varied weapons you’ll see in the field, you get Resistance Gun Game.

For those unfamiliar, Gun Game is a Free-For-All game mode that cycles players through a series of 18 weapons on their way to the score limit. Don’t get too attached to any of these weapons because you’ll get a new one after each kill. Like any FFA (Free-For-All) game, a Gun Game victory is no cakewalk. Fortunately, we’ve got you covered on how to set yourself on a path to Gun Game glory.

FFA means no teammates. Trust no one because they’re going to be shooting at you and people who shoot at you aren’t reliable. This individualistic structure demands that everybody spawn in separate places. What does that mean for you? If you know where people spawn on each map, you’re already kilometers, or even miles, ahead of everybody else. Players must cycle through 18 different weapons, so there’s going to be plenty of deaths along the way. Therefore, knowing where players re-spawn allows you to steal a few easy kills and gives you a sense of where the action takes place. There are many more spawn locations in Gun Game than in team game modes. So, take a stroll around the edge of the map and try to pounce on unsuspecting, recently spawned foes. Crush their spirits. Take their hope like your uncle took your nose as a child, and still does now for some reason. Oh, and if you’re thinking of sneakily jumping off a ledge to escape a tight spot? Don’t. You’ll get sent back to your previous weapon for taking the coward’s way out. 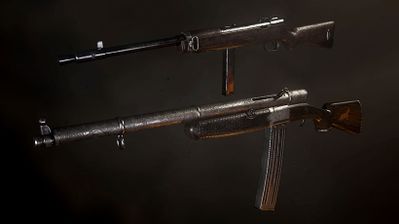 Weapons Will Change. So Should You.

Variety is the spice of life and it’s the spice of playstyles as well. In Gun Game - the spice of games - you’ll cycle through Pistols, Rifles, SMGs, LMGs and Sniper Rifles. You can’t expect to run and gun with a Sniper - unless you’re a quickscope wizard - and you can’t expect to snipe with a handgun. While seemingly obvious, it’s important to familiarize yourself with the strengths of each weapon class. Got a shotgun? Avoid wide-open spaces and, if you’re on Anthropoid, stick to the buildings, corners and, maybe, the canal. Did you just get handed an LMG? Maybe slow down a bit and try to catch somebody out in the open. Knowing the strengths of each weapon you handle will help guide you through your progression towards the winner’s circle.

People’s locations should be readily available to anybody who has a decent headset and knows what footsteps sound like. Keep both an ear and eye out for firing enemies. If you come across a skirmish, let the other players take each other out and thin out the ranks before you get in there and clean up their mess. This benefits you in two ways. First, you die less. Which is better than dying a lot. But, second, remember that getting melee’d knocks you down a level on your weapon progression. If you sprint guns blazing into a hornet’s nest, a savvy opponent could use that aggression to knife you in the back and those hurt. 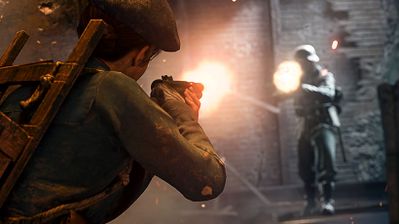 A Darwinian battle such as Gun Game demands a bit of scoreboard watching. Keep an eye out for anybody ahead of you on the leaderboard. These are the people you need to sneak up behind and melee the bejesus out of. Breaking a player’s momentum is always a good thing and has the additional bonus of setting them back to their previous weapon. Thought you were done with the Volkssturmgewehr? Not after some jerk backstabs you and laughs about it. So, while you hunt, be sure to watch your own back. Some players like Gun Game just for the trolling opportunity a backbreaking knife kill provides. Whichever side of the knife you’re on, keep an eye out for stabbers and, if you feel up to it, maybe do some stabbing of your own.

So, that’s Resistance Gun Game. It presents a unique challenge that any player should relish the opportunity to conquer. Fortunately, Captain Butcher loves 2XP as much as he loves weapons. That means you’ll get 2X Soldier XP, 2X Weapon XP and 2X Division XP for your time because it’s not just Gun Game, it’s Resistance Gun Game. Make it your game this week because it won’t be around long. So, make sure you get in before February 20th 10 AM PST. Level up twice as fast, three different ways in this mode that’s overflowing with action, incredible highlights and game-ending Throwing Knife kills. You’ll be glad you did.