It’s the first Friday of 2018 and that can only mean one thing: the year’s first Quartermaster Comms. The end of Winter Siege saw the departure of Captain Jonathan Butcher and the return of Corporal Green. The corporal got some well-deserved R&R and she’s back with the right Collections, Contracts & bundle deals to keep you on the path to glory. This week, we take a closer look at unlocking Collection Rewards, an Epic SMG and a Contract that’ll make your long race to Prestige feel like a lap around the block. 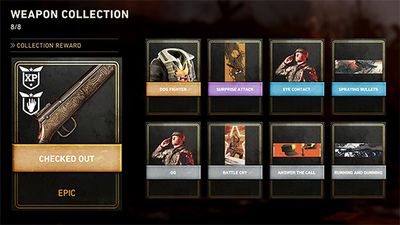 Collections are specific groupings of gear. These items can be Pistol Grips, Emotes, Calling Cards, Uniforms or Emblems. If you own every piece of a Collection, you’ll unlock that Collection’s reward. If you didn’t unlock the Winter Siege Collection Rewards, that’s a shame because they’re locked away. But, there’s still plenty of good stuff for you to unlock by completing Collections, and you can get those Collection items two ways:

2.       Armory Credits. Been collecting your Daily Login Bonus for a while? Use your Armory Credits to unlock individual pieces of each Collection.

You could get an Epic Weapon Variant. You could snag a fresh Uniform. Either way, it’s gonna be worth your while. Best part: you earn Supply Drops and Armory Credits just for playing the game. Gotta get rewarded for all that hard work. 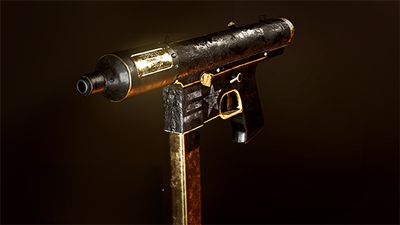 Speaking of Collection Rewards, it’s time you took a hard look at the sweetest Grease Gun variant around: Candy. This Epic SMG sports a handsome black base with gold trim that nicely accents the gun’s compact, simple design. The Grease Gun boasts some of the most balanced stats in its class, making it effective in most any engagement. And, when you throw an extra 10% XP bonus per kill, the Candy’ll shoot you up the ranks!

Contract - Get 9 Headshots in Any Mode in 40 Minutes 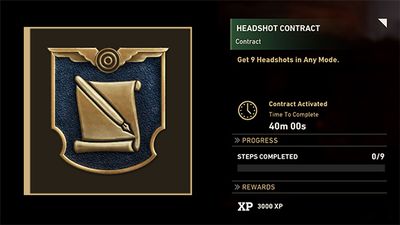 Nine headshots? In what essentially boils down to four TDM games? It’s not as insurmountable as you may think. First of all, you’d be surprised how many extra headshots you’ll earn simply by aiming higher. Most players tend to aim center mass to make sure they hit their target, but if you’re willing to trust your accuracy and stick up a bit, you’re likely to score those extra headshots. Sure, you might lose a few more gun battles than usual, but with 3000XP on the line, the juice is definitely worth the squeeze.

Also, consider your optics. If you throw a 4X Scope on an LMG or Rifle, you get a much closer look at enemies near and far. It’ll make opponents’ heads look bigger and easier to hit. If you can grab 2 or 3 headshots per round, you should be able to unlock that sweet reward. Not bad just for setting your sights a little bit higher.

That’s it for the first Quartermaster Comms of 2018. This year promises to be full of gear and we’ll be here with you to highlight the best that Corporal Green has to offer. Keep an eye out for next week’s Comms and click below in case you missed last week’s edition. Happy New Year!