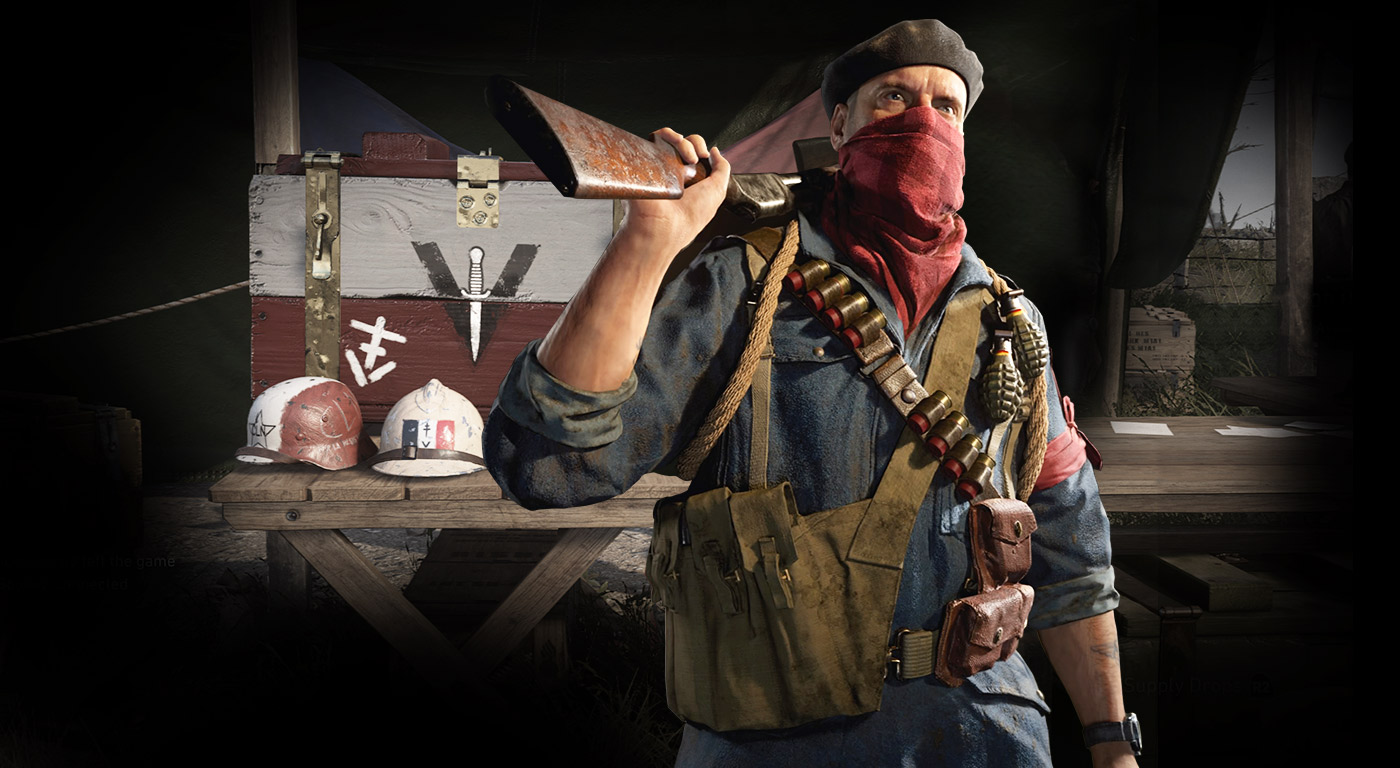 They’re disappearing, along with the Resistance Event on February 27th. With that day creeping ever closer, Captain Butcher expects you to seize this opportunity to unlock the expiring Collection Rewards you’ve got your eye on. To that end, this week’s Quartermaster Comms will feature every Collection Reward that won’t be available after Captain Butcher returns to the front on the 27th. 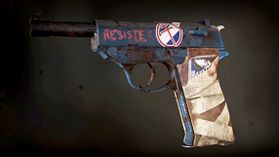 9MM SAP Epic ‘Carte Blanche’
Ahh, the 9MM SAP: here’s a Pistol you can set your watch to. When your MG 15 needs a reload and you see an enemy sprinting towards you as you’re trying to capture ‘B’, there’s no other Secondary you’d rather swap to. And, if you’re brandishing the Carte Blanche, they’ll know you aren’t screwing around. Crisscrossing streaks of white accenting the grip along with ‘Resiste’ and a Resistance symbol adorning the hand-held weapon show opponents whose side you’re on. But, if they ever get that close, it’ll already be too late. 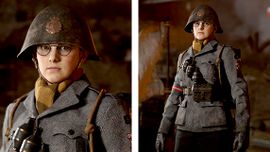 Ever been to Denmark? It’s pretty cold in the winter. You wouldn’t be caught dead outside without a warm jacket whether out for a leisurely stroll, a bike ride or planting explosives on enemy supply ships. The Princes fashions itself with a wool coat, gloves, a scarf – for comfort and style – and a stunning necklace of three hand grenades. That Danish Resistance flag wrapped around your arm says you won’t be taking this occupation sitting down. You won’t just grin and bear it. You’ll resist your oppressors. Even if it means losing your necklace. 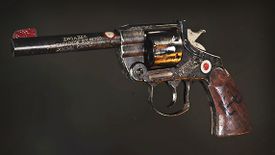 Picture this: you’ve infiltrated a German supply warehouse. You’re planting a bomb on their ammo supply. You’re almost there, just one more twist of the wires and it’s set. But, your elbow bumps a wrench from the ledge and clangs onto the stone floor. Flashlights explode into the darkness, dart across the walls and gradually grow closer. Voices are getting louder. You reach for your holster, you breathe a sigh of relief. It’ll be okay. Because you packed the Enfield No. 2 ‘Obstructor’. You unsheathe your weapon, give the revolving chamber a spin, pop up from behind a supply crate and fire. The last thing the enemy sees is the reflection of their flashlights off the chrome of your barrel. Now, you finish planting the bomb. And thank the deity of your choosing you packed the Enfield Obstructor. 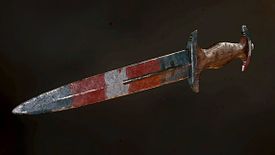 The Resistance accepts all applicants who dedicate themselves to the cause. Not all applicants can pick off a horsefly from 400 yards with a Lee Enfield. But, everybody knows what to do with a Combat Knife and ana their enemy. And, if you want to remind whoever finds themselves on the receiving end of this thing what you’re fighting for, the Salvation’ll do just that. It’s clearly been through some scrapes, as the nicks and scratches indicate. But, this red, white and blue blade will get the job done in any situation. 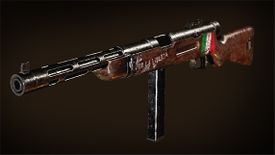 Any Resistance worth its salt exists to serve the people and their needs. The French Underground Uniforms do just that. A dark overcoat, cinched at the waist for concealing a sidearm, provides as functional a garment as you’ll find; useful for sabotaging lines of communication or detaching a rail car under the cover of darkness. Affixed with a bold, French armband to honor their imprisoned land, the CNR Uniform captures essential ideals of Resistance: resilience, defiance and the power of the collective. 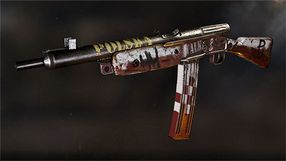 One of the greatest boosts to the Resistance effort has been the capture of these efficient, German-made Rifles. Whether you’re escaping a prison or raiding a supply depot, these weapons provide the necessary high fire rate to take down targets effectively in close contact, as well as longer range engagements. The simple, lightweight design provides excellent mobility for smuggling through checkpoints and ease of use for even the newest Resistance members. As its German name indicates, it truly is “The People’s Assault Rifle”. 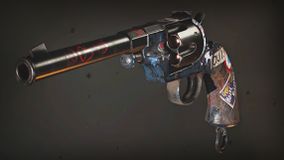 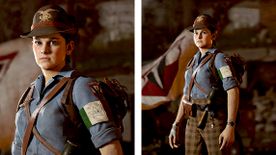 That’s the end of the Resistance Quartermaster Comms. There’s precious little time to unlock these babies. So, complete your Orders and Contracts, maybe throw around some of those Armory Credits you’ve been saving and get those Collection Rewards before they’re gone for good on leave with the Resistance Community Event on February 27th at 10 AM PT!