Captain Butcher’s gear convoy shows no signs of slowing down and we’ve got the skinny on the best of the best. This week we’ll be looking at a Pistol, a Melee Weapon and a Contract in a new game mode you’re sure to enjoy. But your time’s important. So, let’s get started. 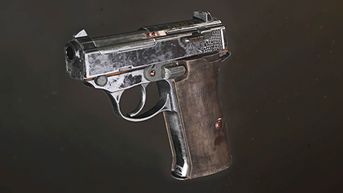 Big things come in small packages. Once you join the Resistance Division, you get a nice little Tactical Knife to go along with your Pistol. But when you Prestige in the Resistance Division? You get the baddest little pistol to ever confront the occupying German war machine: the 9MM SAP. Compact, deadly and highly accurate, this bite-size piece packs the highest damage in-class and precious little vertical kick. You won’t find a Collection Reward variant for this weapon… yet. But, if you needed another reason to Prestige the Resistance Division, this little beauty is reasons 2 through 6. 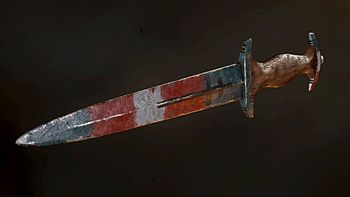 The Resistance accepts all applicants who dedicate themselves to the cause. Not all applicants can pick off a horsefly from 400 yards with a Lee Enfield. But, everybody knows what to do with a Combat Knife and a high-ranking German officer. And, if you want to remind whoever finds themselves on the receiving end of this thing what you’re fighting for, the Salvation’ll do just that. It’s clearly been through some scrapes, as the nicks and scratches indicate. But, this red, white and blue blade will get the job done in any situation. 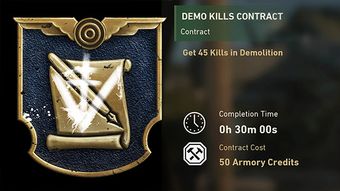 You get 100 Armory Credits just for heading to the Headquarters Post each time you log in. So, why not turn that into a Resistance Supply Drop while you get acquainted with WWII’s newest game mode and get 2XP? 45 kills in 30 minutes isn’t exactly a cakewalk. You’ll need to make good use of every second if you want to hit your kill mark. Fortunately for you, in a mode like Demolition, it strongly encourages players to lurk around the two objective areas. That’s time you won’t waste looking for enemies. They’ll either defend the bomb site or try to plant the bomb. There are two strong Division choices you could run with here to help you reach that goal.

First, consider the Level IV Armored Division that makes you extremely resistant to grenade explosions. Spamming the bomb site with grenades is common – and something to try if you’re trying to rack up easy kills.  Additionally, protection from most of those ‘nades should allow you to pick off enemies who venture out from cover because they think their grenade cleared a path for them. Your second option is Level IV Mountain Division. You’ll be invisible to Recon Aircraft, hidden from player-controlled Streaks and your movement is completely silent. If you need to get the jump on camped-out defenders, this is the cloaked way to do it.

Whether you go silent with Mountain or heavy with Armored, patience and monitoring the bomb sites should send you on a path to 45 kills in less than half an hour. So, snap up this little offer sheet and make it rain a Resistance Supply Drop in 30 minutes or less.

This week’s QM Comms may be wrapping up but, your journey in The Resistance has just begun. Captain Butcher’s got shipments on their way to HQ packed with bundles, gear and Collections.  Join the fight for freedom. Join The Resistance.

Don’t hesitate to snap up those Orders and Contracts. The Resistance Event goes away on February 27th10 AM PST along with Captain Butcher and his gear.