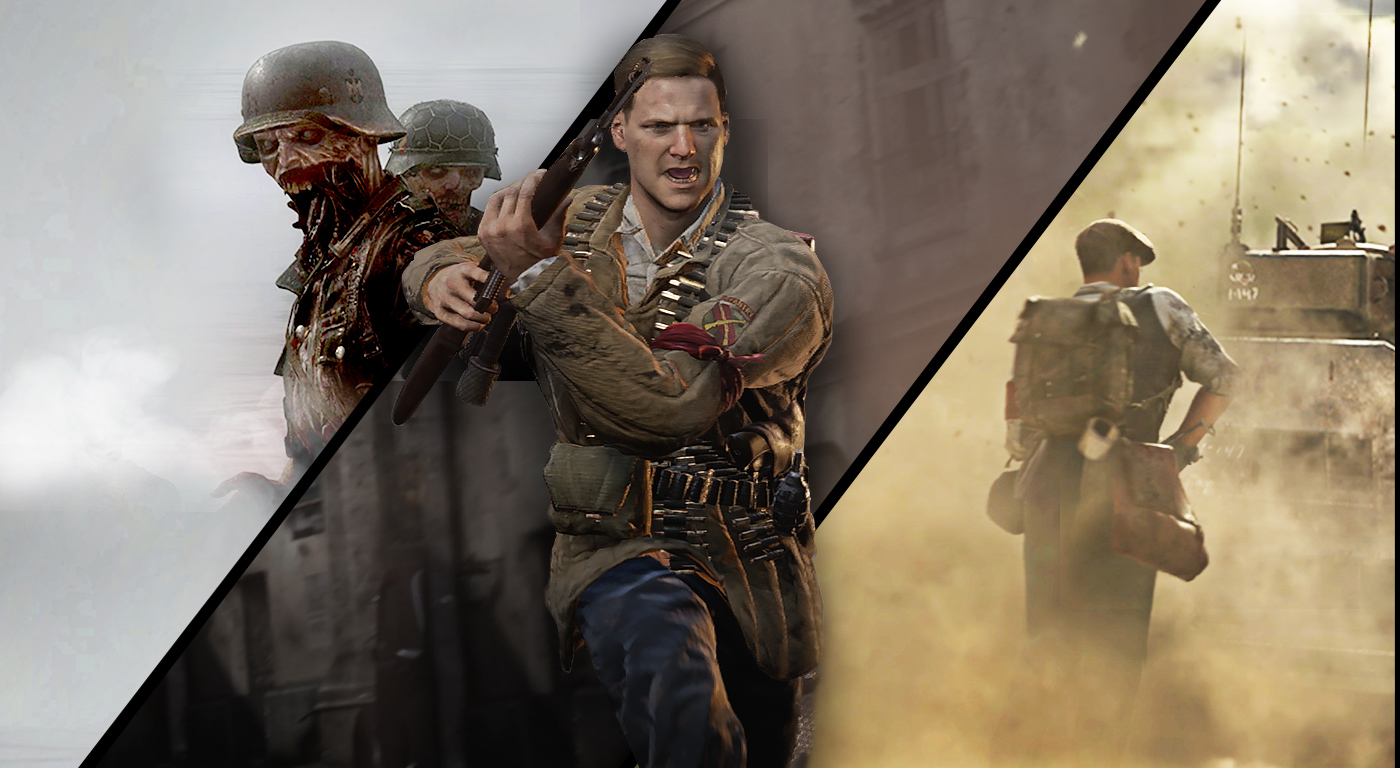 Here’s what you get.

Here’s what you get.

What You Get with Season Pass
With the launch of DLC Season, there's more Call of Duty: WWII to experience than ever before and Season Pass* is your ticket to the front lines. Continue the epic journey with 4 DLC Packs in 2018 that include new and iconic Multiplayer Maps, new chapters of Nazi Zombies and all-new War Missions. You'll also get the 'Carentan' Bonus Map immediately, one of the most beloved Call of Duty Multiplayer maps. All Season Pass holders will receive this iconic map and save $10** on the complete season of DLC offering.
Here's a breakdown of everything you'll unlock when you get Season Pass*:

Based in Prague, Chzechoslovakia, this map is inspired by Operation Anthropoid - the famous assassination attempt on a high-ranking German officer during World War II. This map features a center lane divided by a river, with long-flanking paths that can be used by snipers for ranged attacks.

In this re-imagining of a classic Call of Duty map, players battle through the streets and shops of German-Occupied Paris during WWII. Long side streets encourage mid-ranged combat, with nearby homes and storefronts lending defensive positions for ambush and recovery.

Deep in the Masurian Woods of East Prussia, this map was inspired by the Wolf's Lair - Hitler's Eastern-front headquarters during Operation Barbarossa - the invasion of the Soviet Union. This is a medium-sized map with gameplay focused around a dangerous center lane covered by multiple overwatch positions and mounted machine guns.

Outside of St. Lo, France, the next War Mode experience leads you on an urban rescue mission to save Resistance fighters being transported by train. The first objective on the Allied side is freeing the fighters, followed by the destruction of key communication equipment and ends with stopping a train.

The Darkest Shore follows our heroes into the next chapter of their dangerous journey. Only days after the horrific disaster of Mittelburg, the crew has received intel that suggests Doktor Straub is on an island just north of Germany. Blanketed in fog, this island is surrounded by Nazi air and sea power - and crawling with the Undead. Marie, Drostan, Olivia, and Jefferson will need to battle all this and more to uncover the mysteries hidden within the Darkest Shore.

The Resistance DLC Pack 1 is just the first of four DLC packs bursting with new content on the docket for Call of Duty: WWII. Make sure you get each up-coming DLC the second it drops by purchasing Season Pass. Not only will you get everything right when it comes out, you'll save $10 off the standard price**. CTA/Season Pass Purchase Module