This week's update to Treyarch’s Featured Playlist program serves up 2XP Demolition, live now through September 15 (10am/PT). For those that might be new to the mode, here’s the low-down on what you need to know to succeed at Demolition and rack up as much of that 2XP as possible…

Teams alternate between defending and attacking two bomb sites. The attacking team wins by planting explosives and blowing up both objectives. The defending team wins by preventing bombs from being planted or defusing any that do, ensuring the clock runs out with at least 1 bomb site intact. Think of it like S&D, except in Demolition you have unlimited respawns. So grab your gun and get ready for fun because Demolition matches tend to be a frag fest.

You should play into your own strengths, but here are a few pointers to get your strategy wheels turning: 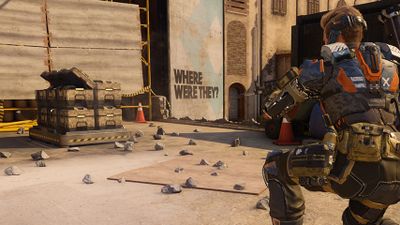 Who’s Minding the Store?: No matter which side of the bomb you’re on, avoid rushing the same site with everyone else. Think about spreading your defenders around so everyone doesn’t get wiped out in one fell swoop. Doing so gives the opposing team a reason to split up, thereby weakening the force you’re going up against at that site. Also, consider sending a small decoy force of two guys to one site while the larger force lies in wait by the other. Have the decoys make a bunch of noise and plant a bomb at their site. When the defending team moves to defuse the bomb and engage the decoys, it’s time to pounce.

Use Your Cover: Whether you’re attacking or defending, you’ll have to defend the bomb site at some point, which means staking a claim and protecting it to the death. Try to find a spot that has good cover from the back while giving you a clear line of sight to the objective. 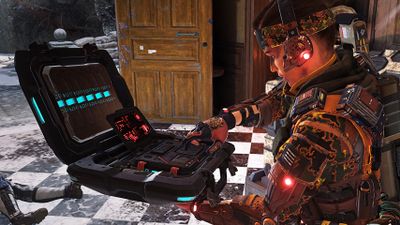 Welcome to the Smokehouse: When attacking, consider rolling into the match with smoke grenades and throwing a shroud of smoke around the bomb site. After all, they can’t kill you if they can’t see you. Just kidding…that’s not true; they can, it’s just harder…unless you have a thermal scope, then it gets easier.

Let’s go Streaking: Hellstorms are great for clearing out pesky combatants from the bomb site. A Talon can help defeat an assault force. And who doesn’t love a Mothership? Do what works for you, but don’t be afraid to bomb the bomb site when it’s swarming with enemy combatants. (Now do you understand why having everyone at the same spot at the same time might not work out very well?)

Defend FTW: Don’t forget that simply planting the bomb isn’t enough to win; you have to make sure it goes off. Get yourself into a decent defensive position and make sure that it blows.

Special Abilities: Time is of the essence in Demolition. You should always go with the Specialist that speaks most effectively to your playstyle, but consider your Ability before jumping into a Demolition match: Spectre’s Active Camo can keep you hidden while planting or defusing, Ruin’s Gravity Spikes can clear out a bomb site in one fell swoop, Battery’s Kinetic Armor can give you a few precious extra seconds to plant or defuse a bomb and her War Machine…well, a War Machine is just great in any mode. Try different combos of Specialists and Abilities to see which makes you the most effective Demolition expert.

This should be enough to get you going, but the best way to learn how to win Demolition is to play it.

Looks like it’s time to blow off some steam and spend the next week racking up some Double XP.

BO3 Free For All