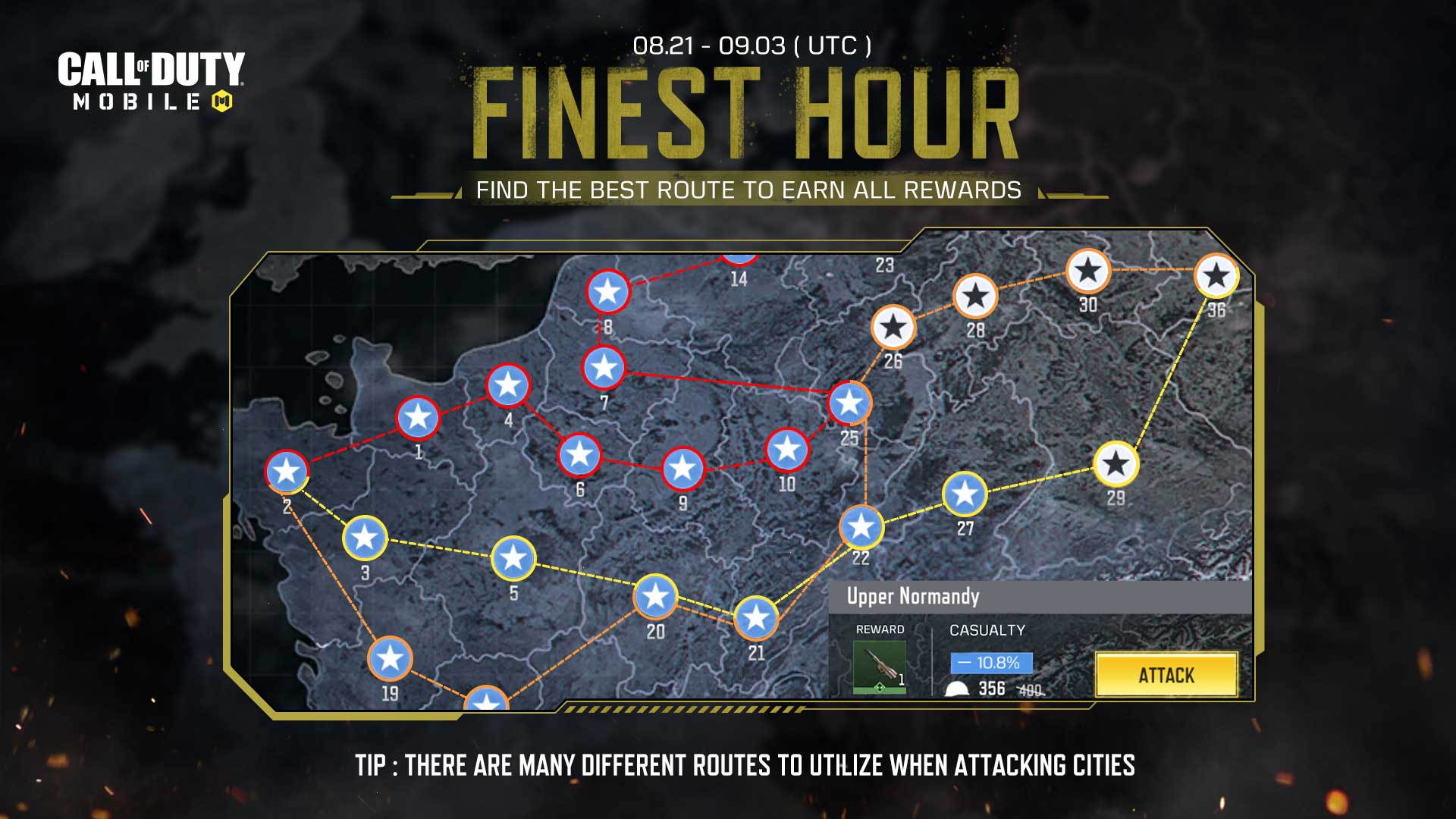 Listen up, soldiers! The Finest Hour event is now live in Conquest, the ninth Season in Call of Duty: Mobile. This limited time event tasks you with choosing between the Western and Eastern fronts and deploying there to recruit troops and liberate European cities under the control of the Axis powers. Of course, you’ll be rewarded for your efforts.

Read on for more details on The Finest Hour, including how the event works and what you can do to get the most rewards while playing it. 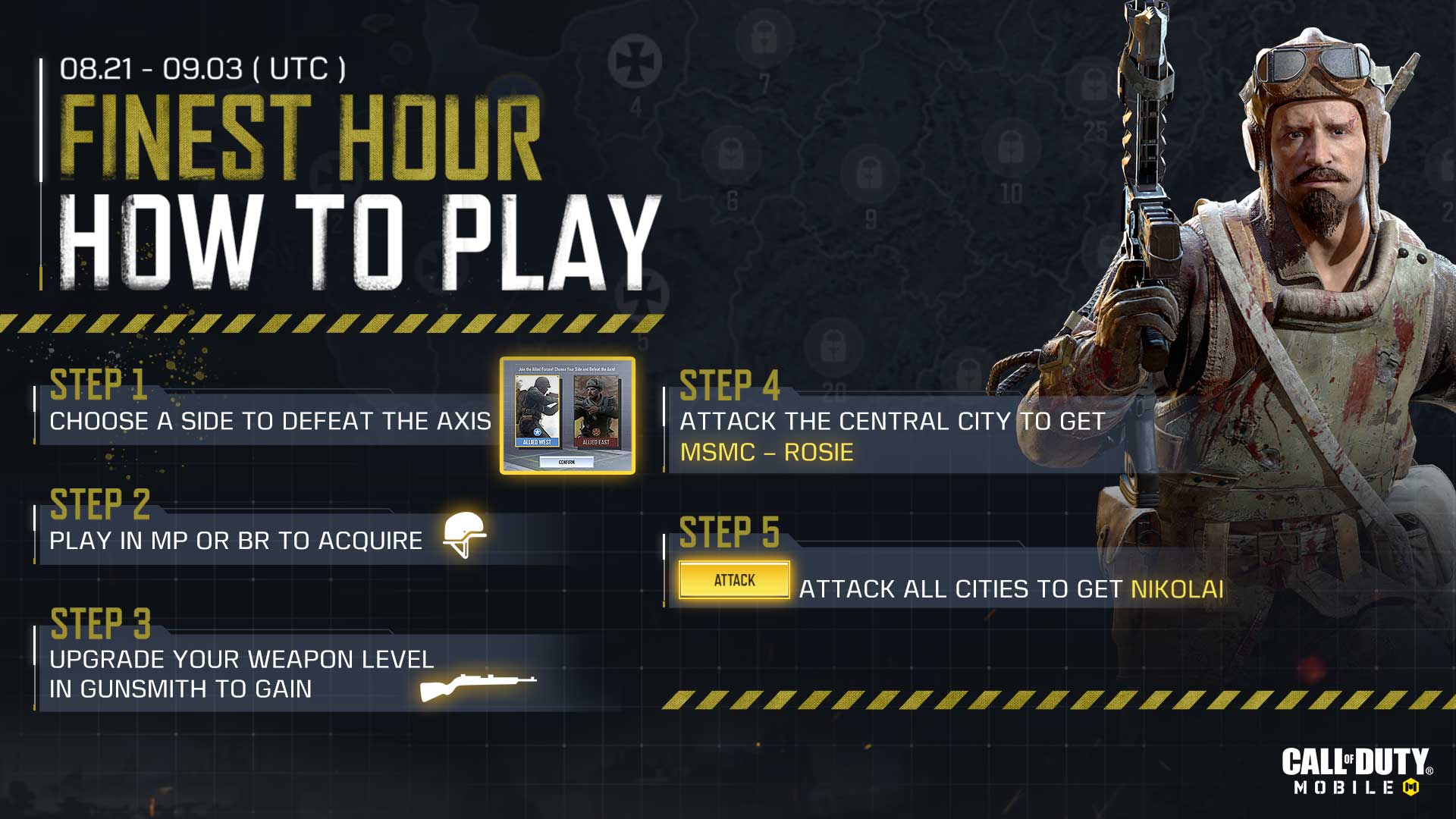 We’re going to need all the help we can get, that means bringing in new soldiers and giving them the training and equipment to breach and attack enemy held cities.

Recruiting troops is as easy as playing Multiplayer and Battle Royale. The more you play, the more you recruit. Improve your soldiers’ strength as you level up your weapons. The higher your weapon level, the greater your troops’ defenses, so head to the front and start liberating cities.

Successfully attack a city to unlock the next. Earn rewards like the Epic MSMC - Rosie when you conquer the Central City (Berlin or Bayern depending on which front you chose) and earn Epic solider Nikolai when you attack and successfully breach every city. Good luck out there. 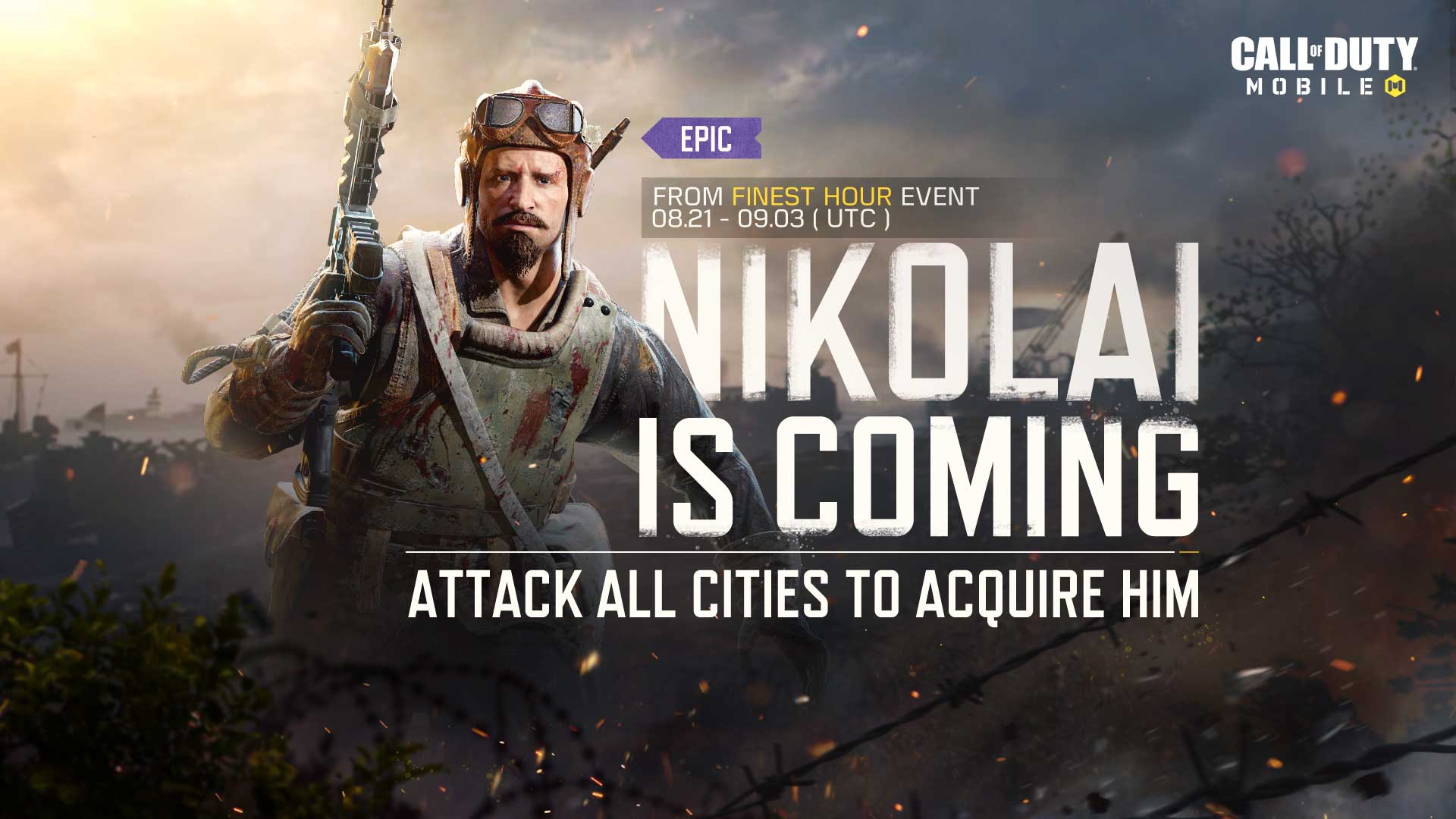 Top 5 Tips for The Finest Hour

1. One by One. When an enemy city is adjacent to another that has already been breached, the casualty value for taking that city will be lowered. Breach several cities around key locations to keep lowering the casualty rate, making for an easier attack.

2. Invite Your Friends. There are two cities on each front that allow you to invite your friends to help in the attack. Break through together and share in the spoils as everyone is rewarded for helping.

3. Shipment 1944, Coming Right Up. What perfect timing for Shipment 1944 to show up this Season. Get in on the frenzy to up your recruit count after every match and to ramp up your weapon levels for Gunsmith. 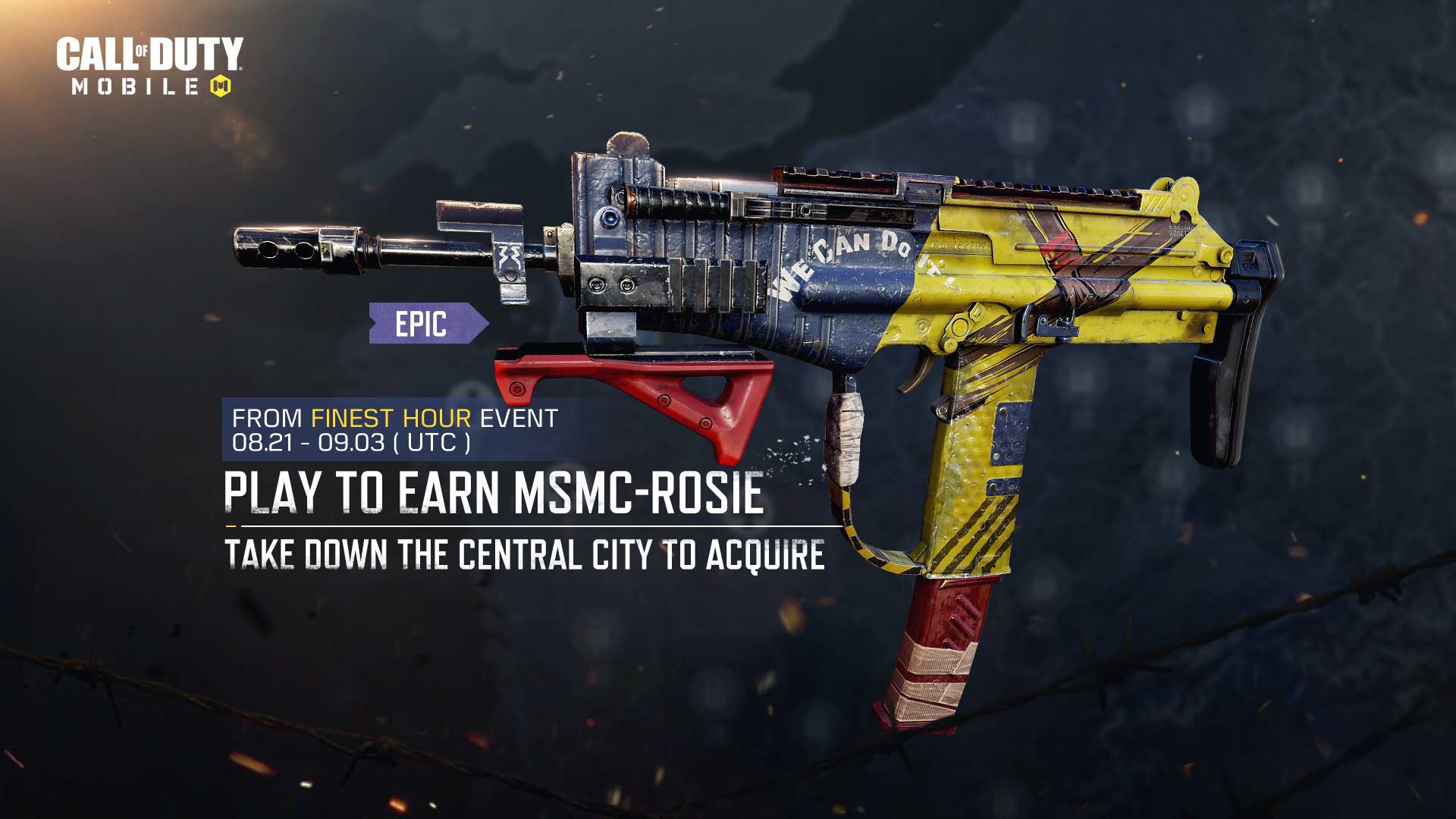 4. Experiment in Gunsmith. Improve the strength of your troops by leveling up your weapons. Increased weapon levels means more attachments for Gunsmith. Using Gunsmith-ed weapons doesn’t increase troop strength, but you may craft a new weapon configuration that’s perfect for future Multiplayer and Battle Royale matches.

5. Keep Pushing Soldier. Keep playing matches until you can liberate all cities. Not only will you level up your weapons for future Gunsmith customization tinkering, but you’ll earn rewards as you progress. Liberate all cities to earn the Epic Nikolai character.