Oh, Days of Summer, you cheeky little minx. The stakes are high, the games are frenzied and the melanoma is imminent, but we still haven’t had enough summertime fun.

That’s why Captain Butcher’s brought back two Call of Duty®: WWII fan-favorite playlists: Leprechaun Hunt and Hordepoint. And to make sure you stay in tip-top shape for when autumn rolls around, he’s sprinkled in a triple dose of 2XP in both.

Until 10am PT August 20, collect double Weapon XP, double Division XP and double Soldier XP in either mode. Heck – play both and rank up even faster. Read on to see what’s new in both modes and then get in there quick. The next Prestige is as good as yours. 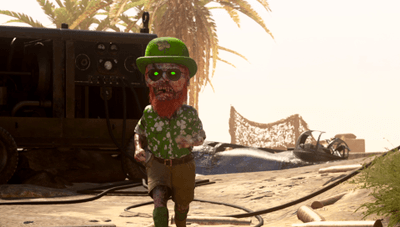 Leprechaun Hunt: Team Deathmatch, Domination, Hardpoint and Kill Confirmed can be hard enough. But try playing the objective – or even just eliminating the other team – while chasing around a tiny mystical creature who deflects bullets like he’s the Cavalry Shield’s redheaded step-child.

Yes, Leprechaun Hunt is back. Now through 10am PT August 20, this wee troublemaker is bestowing an XP Triple Feed onto any brave player who hunts him, almost as if … he kind of likes it? Why else would he return in the middle of summertime?

Scorestreaks, that’s why! With Days of Summer’s new Community Challenge, the “Sandbox” map for PS4, and a whole host of new Weapons, Uniforms and gear, the summertime action is heating up – and the Leprechaun has returned to throw some fuel on the bonfire. See, if you manage to corner that adorable li’l demon and sink enough bullets into his (apt) Hawaiian shirt, you’ll automatically fill all your Scorestreaks at once.

That’s right. Send this height-deprived Celtic menace back to the rainbow realm, and BAM. Recon Aircraft. BAM. Glide Bomb. BAM. Mortar Strike. In a few short moments the other team will be completely toasted, and that’s the Irish way.

Find the Leprechaun Hunt Moshpit under the “Featured” tab through 10am PT August 20. Jump in and listen … for the giggling. 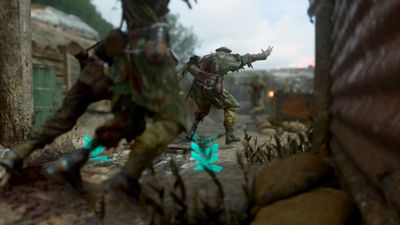 Hordepoint: So, who wants to tell General Rideau that we’ve got another swarm on our hands? (…Nose goes.) That’s right: Nazi Zombies have arisen in Multiplayer once again, with Hordepoint, the game mode that took the community by storm during Attack of the Undead. It’s an all-out mow-down thrill ride that can only exist when you mix classic Hardpoint gameplay, insane waves of spawning Zombies and hot, fiery Scorestreaks for extra Undead devastation.

Visit the official Call of Duty Hordepoint blog here for all the nitty-gritty intel on how to master this fan-favorite mode. Then, in the spirit of summer, crack open some cold Zombie skulls with your team – for Triple 2XP.

PS4 players can also enjoy Hordepoint on the new, free Sandbox map. Don’t worry if you prefer to slay Zombies on PC or Xbox One – you’ll be able to shut down the Undead on Sandbox starting 10am PT August 31.