So, you've played your ass off, you’re all the way to Division Level IV and you’re really getting used to these  Division Skills. You run faster with Airborne, take less grenade damage with Armored, move silently with Mountain - life’s pretty good right now. The mere thought of starting all over again makes you want to go full-blown temper tantrum like a petulant 6-year-old whose “weekend dad” didn’t get him a popsicle from the ice cream man. (don’t actually do this; it’s a bad look).

While re-climbing the Division ranks seems daunting, there are good reasons to do it, chief among them: new weapons. And, that’s what we’re talking about today. These are your rewards: the SVT-40, the MP-40, the MG 42, the KAR98K, the Sawed-Off Shotgun and the 9MM SAP. Whatever your playstyle, at least one – if not all – of these weapons will appeal to you. 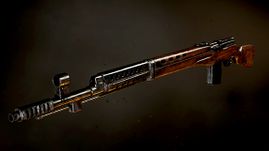 High-powered with range for days, the SVT-40 lives up to its in-game description as a ‘marksman rifle’. You’ll take care of enemies in two shots, just like the M1 Garand, but with a bigger magazine and that all-important added range. Throw a 4X Optic and High Caliber and this laser beam makes you about as untouchable in Hardcore modes as hacking. 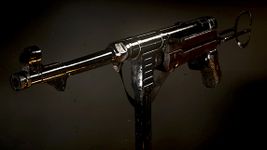 Thought you had a favorite SMG, didn’t you? We get it. You love your PPSh-41 or your Orso. Why would you need another SMG? Well, you only think that because you haven’t felt the low-recoil, powerful MP-40. It can go toe-to-toe with whatever your preferred Airborne weapon may be. Chances are you’ve been killed by this weapon a few times. There’s probably a good reason for that – the MP-40 is a top-shelf SMG. 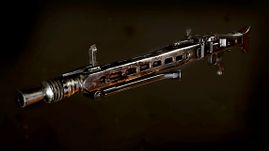 If your Armored Division is eligible for Prestige, you know just how devastating the LMG class can be. Enormous ammo clips, highly accurate and precious little damage fall-off – they’re the crown jewels of any arsenal. You’ve probably come across mounted MG 42 nests on MP maps and in War Mode operations. Now, you can run with that thing unmounted and free to unleash fast-firing, heavy damaging fury from the hip. With an eagle-eye and the 4X Scope, you’ll be out-sniping snipers in no time.

Mountain – That Goat of a Bolt-Action Rifle

Play more than three matches in MP and you’ll find yourself victim to the Mountain Division reward’s wrath. In short, it’s a monster. With Ballistic Calibration, its Damage, Range and Accuracy stats come in at a 9 across the board. We’re honestly not sure what else needs to be said. It provides noticeably less idle sway than the M1903 while scoped and you even have the option to go with Iron Sights which makes it unique to the class. If you’re a quick-scope artist, frankly, this is the one you’ve been waiting for. One-hit kills spill out of the weapon with ease. Prestige Mountain and join the party. 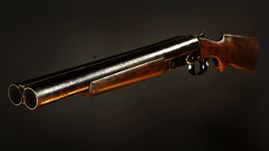 Ah, shotguns. Those who love ‘em know that they can be a crucial factor in winning matches, especially in objective based modes. In Dom and Hardpoint, you’re guaranteed to have at least one teammate rolling with a boomstick, getting in those CQB skirmishes on the point and cleaning house. For those that like a street sweeper, the Sawed-Off is an essential addition to its class. Boasting best-in-class accuracy, this thing absolutely melts up close. The powerful, breech-loader pairs nicely with stun grenades to keep enemies immobilized before you whip around the corner and blast ‘em into next week.

Gone are the days of going with one pistol for accuracy and the 1911 for damage. With the 9MM SAP, you get a Pistol that can do both. Oh, and it’s got best-in-class range and the highest fire rate of the semi-auto handhelds. Plus, it pairs perfectly with the quick, one-hit killer Tactical Knife. The 9MM SAP/Tac Knife combo has already risen to prominence among the community and there’s a good reason why. You’re quick, deadly and *****-near unstoppable at close range. Pistol ‘em up close. Stab ‘em up closer. It’s the Resistance way.

These are your Division Prestige rewards. And, they’re just the beginning. You’ll be rewarded every time you Prestige a Division and, once you reach Max Prestige, you’ll get an Epic Variant of that Division’s Prestige weapon. So, take the plunge and Prestige that Division you maxed-out. You’ll be glad you did.