To the victor go the spoils. But the eliminated receive rewards too: Here’s why you should strive for victories within Call of Duty®: Warzone™, as well as what you get by just playing the game.

Warzone fundamentals may be easy to learn – especially with the help of this guide – but when it comes down to winning a match, this can become a lot more difficult. More often than not, your squad won’t be the last one standing, as this is a competitive tactical battle royale experience where even finishing within the top ten teams in a match is a serious achievement.

Here’s what you’ll receive upon winning a Warzone match, as well as when you participate in one: 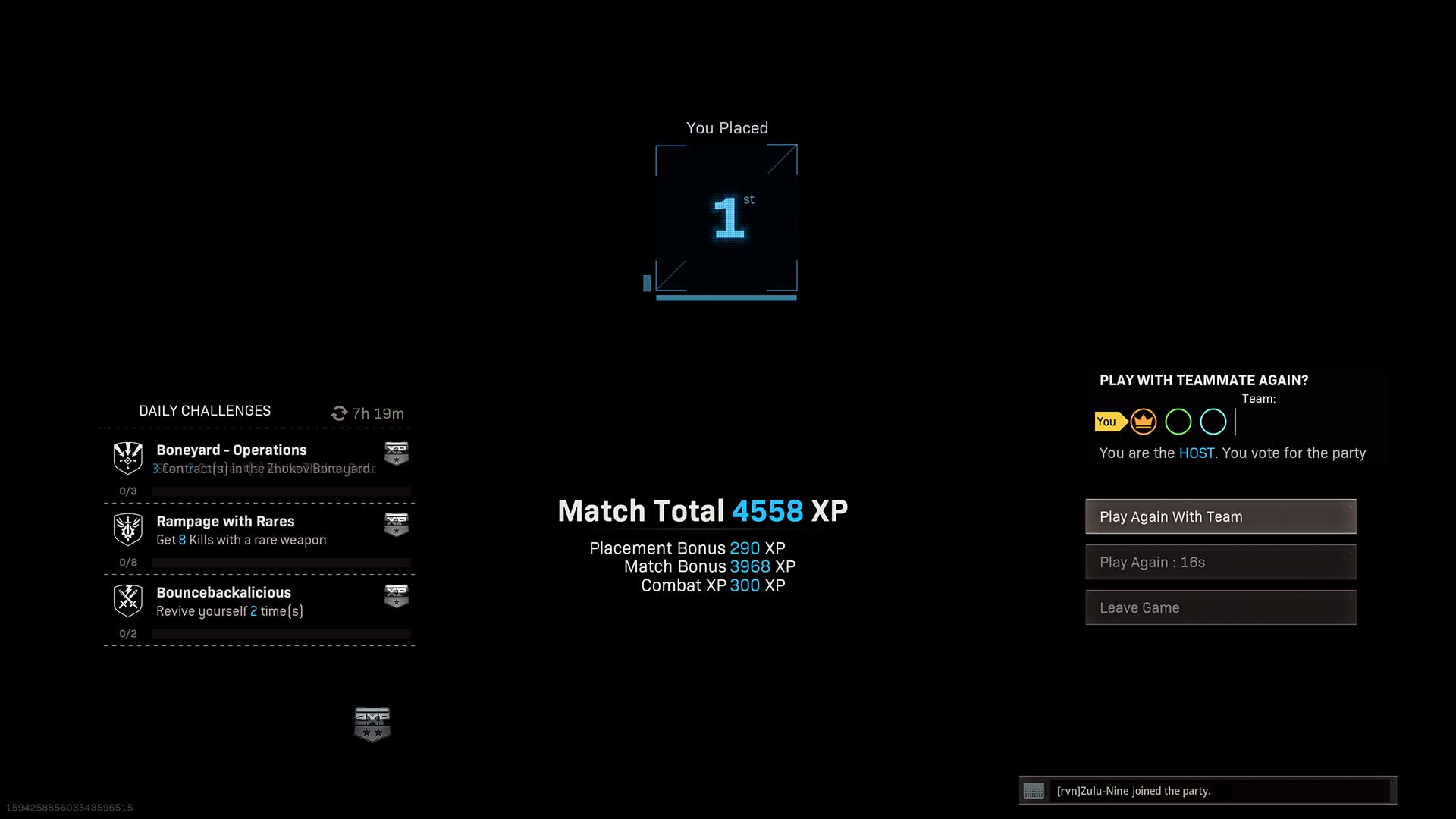 After a hard-fought match, you or your squad outlasted up to 149 other players. As the Battle Royale circle collapse fully engulfs Verdansk or Rebirth Island, or after a successful Plunder, all squad members board the exfil helicopter, with a showcase of each Operator so the lobby knows who reigned supreme in the Warzone.

Who Wins, Dares: In general, winning Warzone players are those who are both individually skilled and are exceptional squadmates. They also – in nearly every case – have a fair share of losses under their belt too, as even winning a single Warzone match is an accomplishment that ranks among the toughest in any Call of Duty game.

The victors of a Warzone match are showered with XP – experience points, which is also covered in this guide – for their impressive display of skill. Every victory also adds a tally into your Combat Record for Warzone wins, which you can show off and compare against your friends or the rest of the world via the Leaderboards Menu.

But what is the most important escapade that a squad can attempt after winning a Warzone game? To load back into the infil plane and drop in again! If your squad has the hot hands that could lead to a winning streak, don’t just stop after one decisive match. Keep the fun going and go for that unforgettable run of wins! 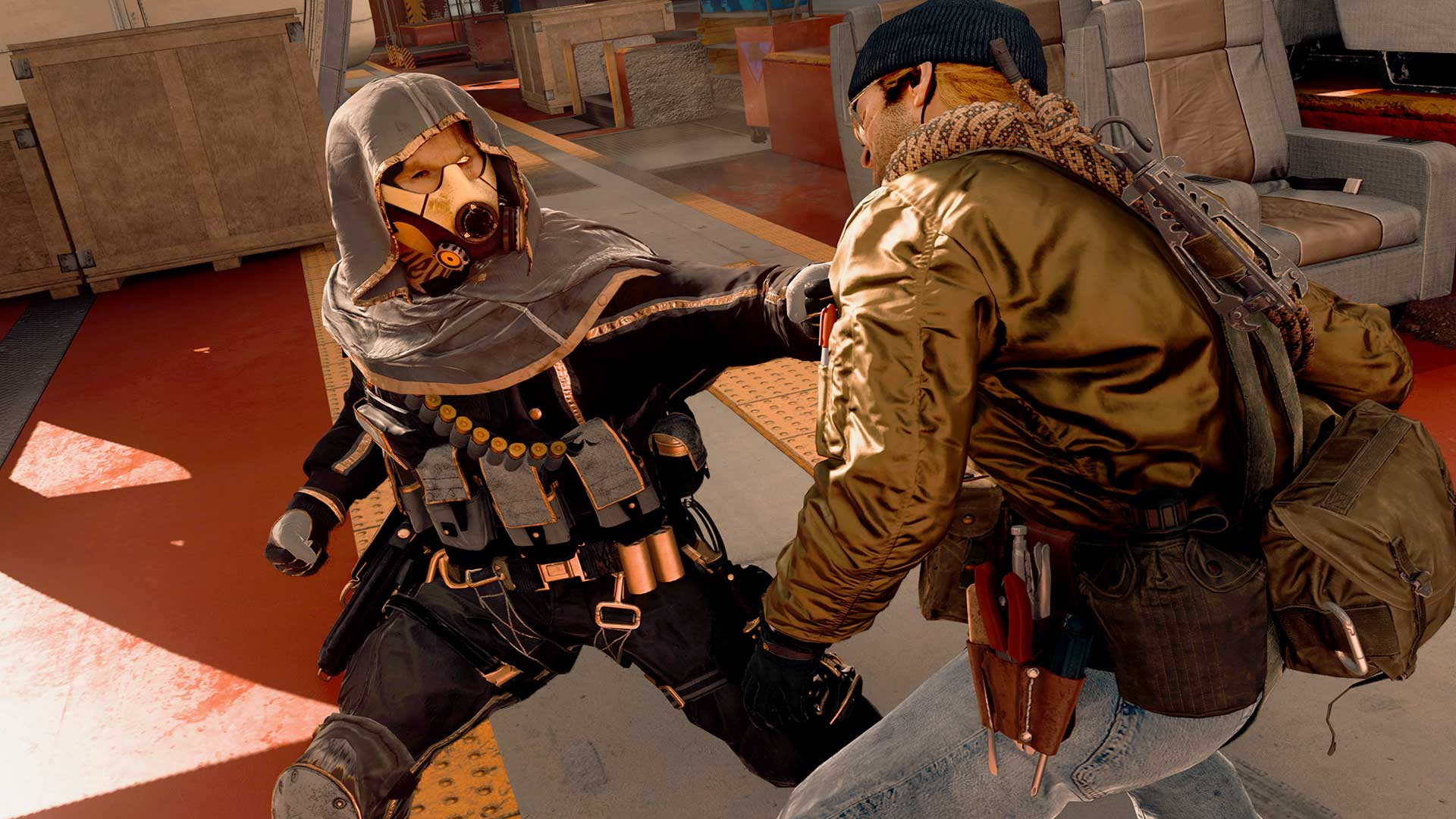 If you’re one of the individuals or squads that didn’t last through the entire Warzone match (Battle Royale) or didn’t collect the most money (Plunder), don’t fret; there are still some rewards that all of you earned just by playing the game.

First, your squad gets to keep any XP, Weapon XP, and Battle Pass System progression made during the game. On top of that, everyone in the squad gets an XP bonus determined by their placement. Of course, this bonus isn’t as much as the winners get, but the better your squad places in a match, the more XP everyone gets.

This match bonus is only available to those who stick around until every member of their squad has died (in Battle Royale mode). You should stay in a Warzone match even after your elimination anyway, since your squadmates can bring you back into the game as mentioned in the guide’s Redeployment section.

Furthermore, any progress made towards Missions and Challenges is tracked regardless of where you placed. So, if you revived your teammates three times for a Daily Challenge, but unfortunately still lost the game, your reward for that Daily Challenge will still be there. There are also certain Missions and Challenges that revolve around finishing within a percentile of squads in a Warzone match, meaning that you can still get a big XP boost or other rewards even if you don’t finish in first.

Finally, the biggest reward earned from “losing” a Warzone match is experience; and this isn’t just a points value: Taking the lessons learned from your losses and applying them to future games will ultimately make you a better Warzone player. Even the best Warzone players lose sometimes, so even after an unexpected or particularly rough loss, keep calm, take a few breaths, and get back in the fight to chase that sweet victory.

If you are still struggling to bring home a W in Warzone, we recommend obtaining the full version of Call of Duty: Modern Warfare®. That way, you can play Multiplayer and Special Ops to further practice basic and advanced skills needed to win Warzone matches.