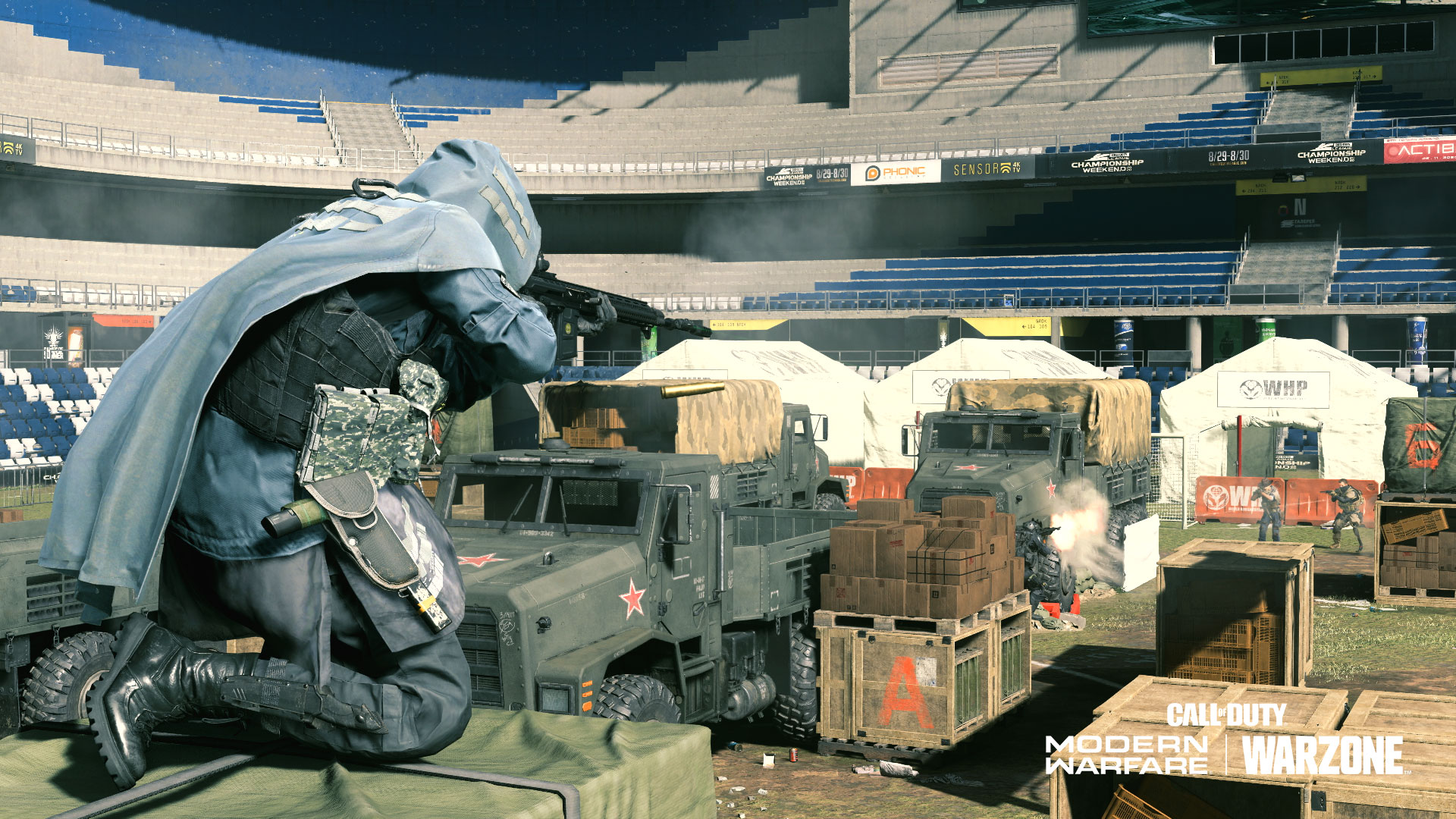 Gunfight tournaments will be live for Modern Warfare players starting August 28 through the end of the Games of Summer event. Think you’ve got what it takes? Stay focused, win your rounds, and pile on the XP and rewards as you knock out team after team on the road to a first-place finish.

Free-to-play Warzone™ players can also join in on the fun with during a Free Access Weekend and play Gunfight tournaments from August 28 through September 2.

Read on for tips and strategies to best your opponents and grab gold. 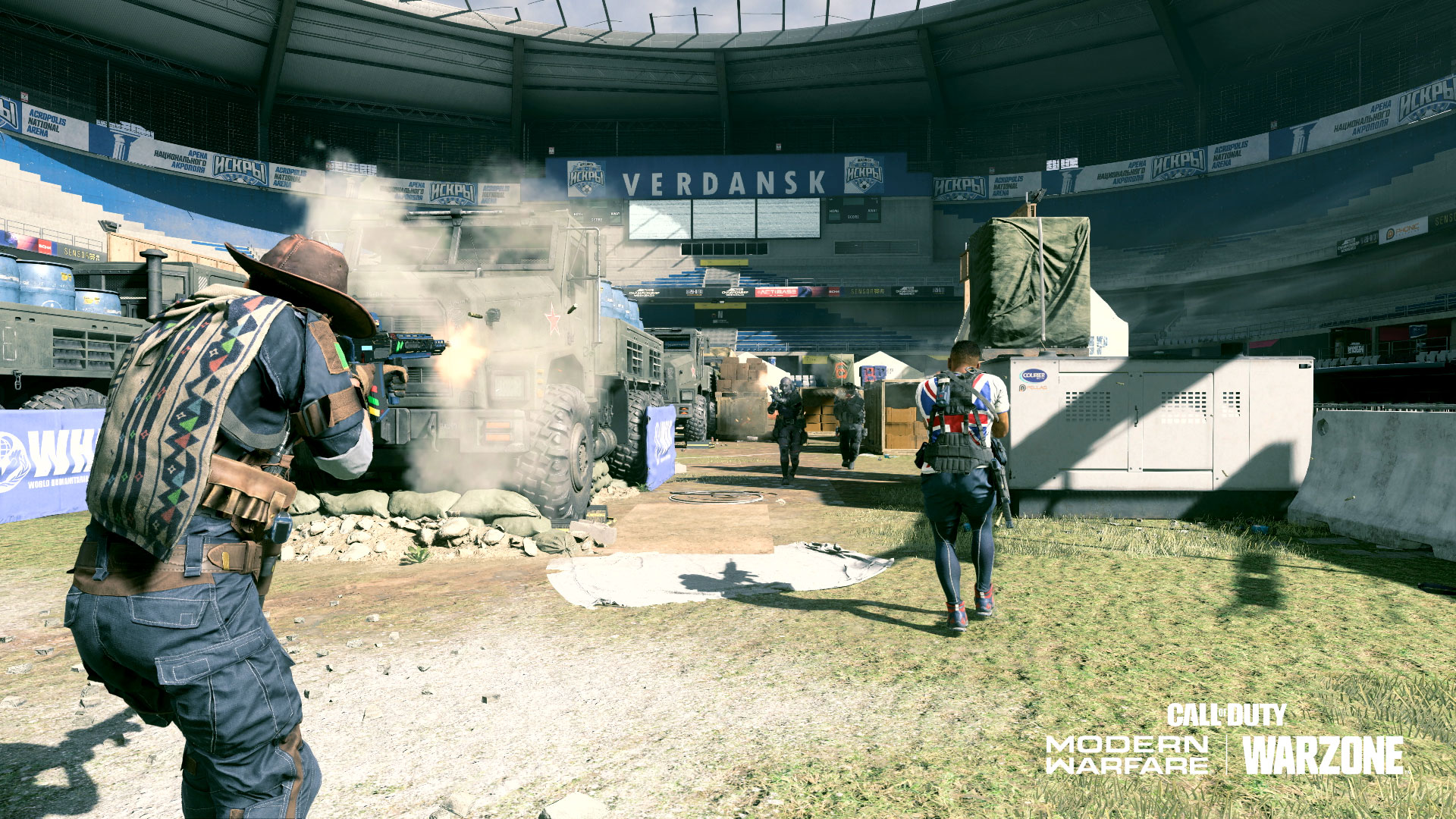 The rules are simple. The tournament is single elimination with 16 teams, and 8 rounds. Win your Gunfight match to earn rewards and advance to the next round. Lose and it’s back to the lobby. First time tournament winners will earn a haul of XP and a high tier cosmetic reward.

In a match, the first team to win six rounds wins the match. Loadouts change every two rounds and are the same for all players. The tournament bracket will update as matches progress, until the last two teams meet in the final match to determine the winner. Let’s go over some tips to help get you there.

Map knowledge is everything in these tight encounters. Consider these strategies for a few different Gunfight maps: 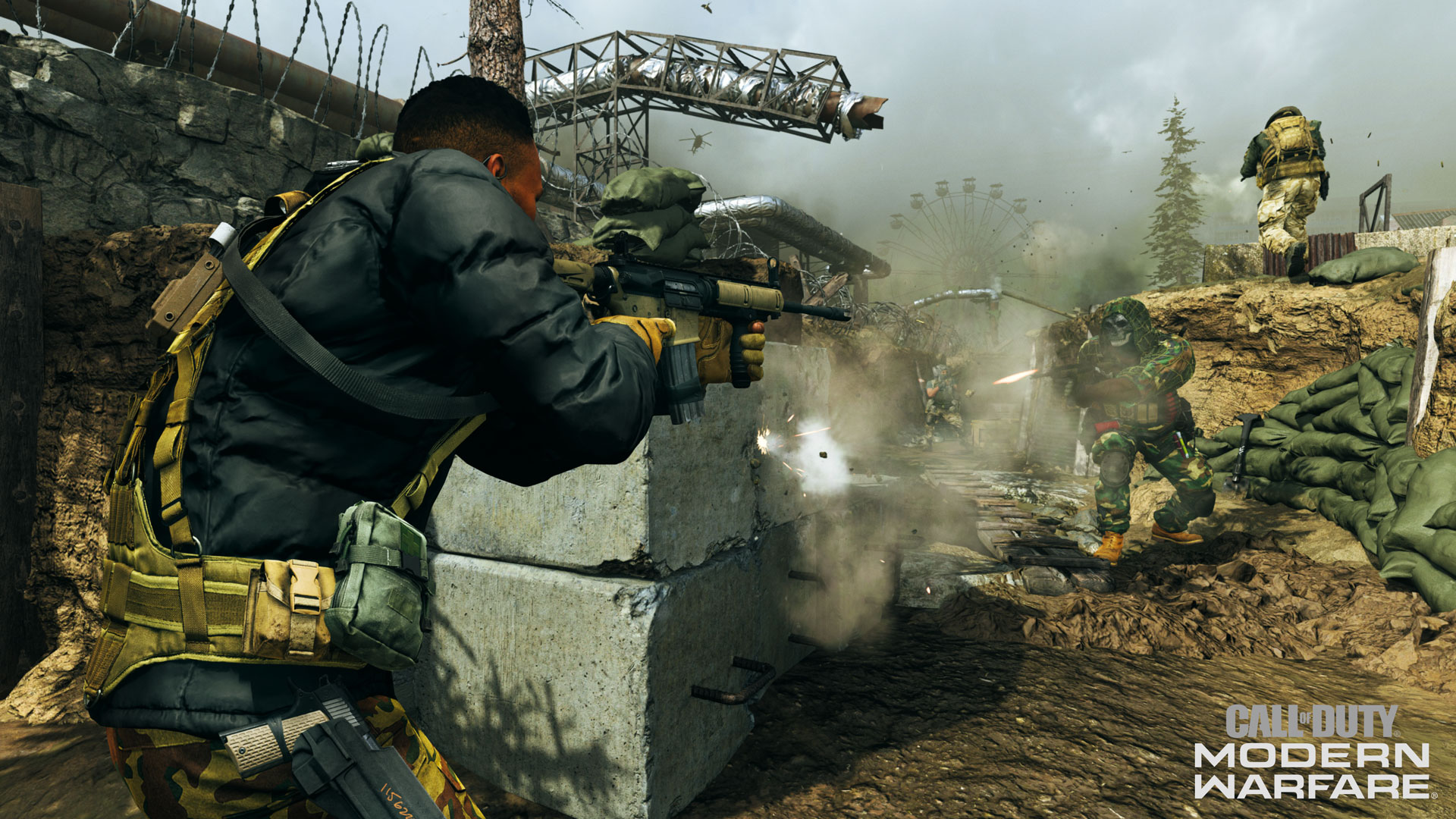 Get up for a better view or stay in the Trench to better conceal your movements. Shotguns and SMGs do well in trench as do grenades. Up top use the sandbags for cover and communicate if you see anything. Back down from fights you can’t win and reposition.

The center fountain provides some cover if you want to rush, but it can be safer on the outside moving from column to column for quick cover. Try going prone at the start to try and catch middle rushers by surprise.

Although the name is familiar, this is not the same as any of the Gulag map variants from Warzone. Be careful of peeking down the sides, especially if you don’t do it right away. You can climb the sink in your spawn to get a bird’s eye view, just be careful not to get picked off. 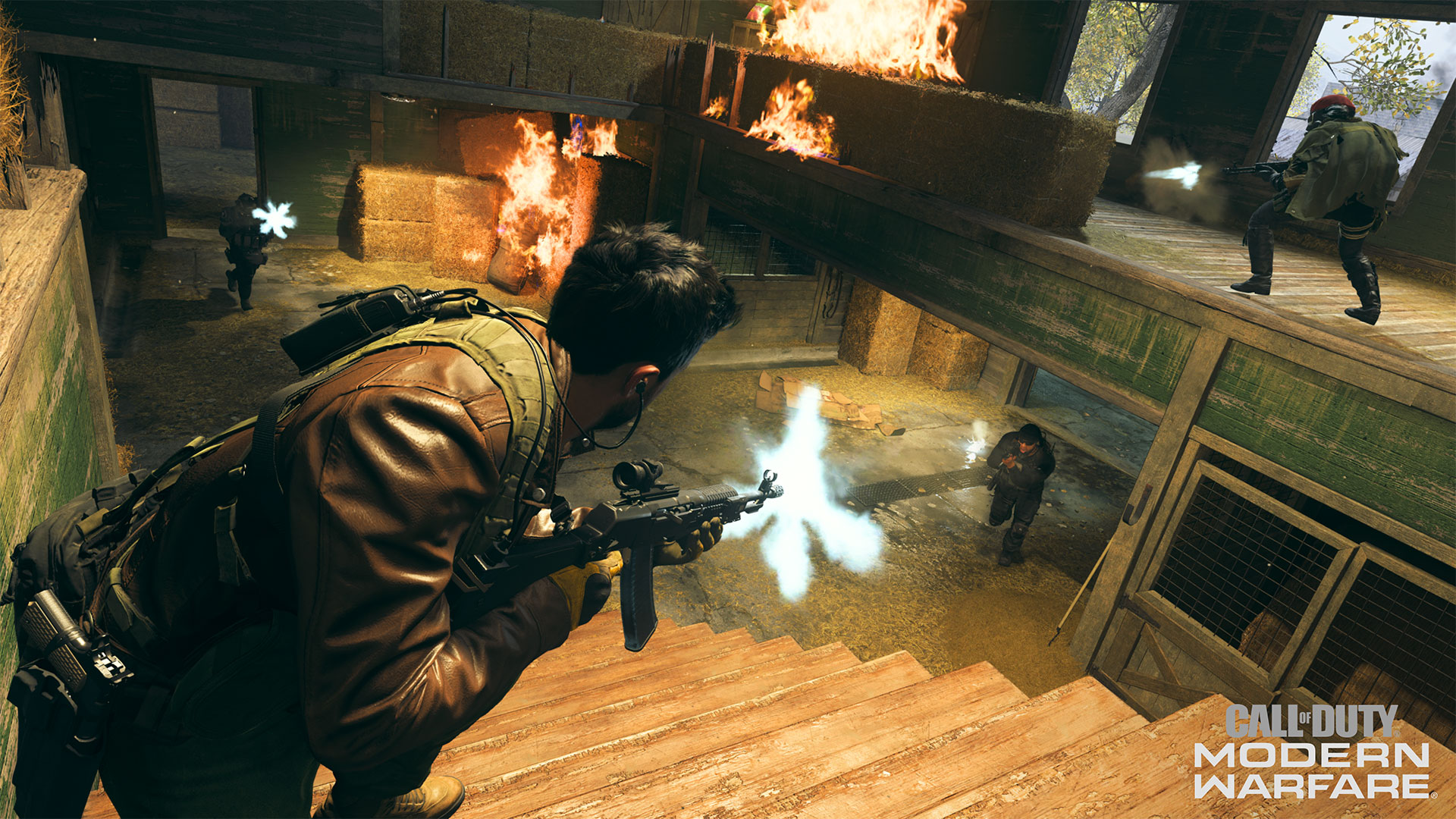 A worth trying strategy is mantling up to the top of the barn or taking the high ground on the barn roof on the exterior. If you play fast, rush bottom middle and be ready to fight. You can also avoid the barn altogether, so long as it’s not overtime. Position by the tractor during long range rounds and force the fight outside.

The catwalks provide cleaner sightlines for long range combat but you’ll also risk exposure so weigh the odds. It’s often worth it for the height advantage so long as you can win those initial fights. Aside from the steps, try mantling on other things like boxes and crates to give yourself the height advantage and potentially surprise the enemy.

Keep your weapon ready for hip-fire. This map has long sightlines, but enemies can come up quick if they rush up and close the distance. Be mindful of the levels when making call-outs and be careful if you choose to dart through the middle. 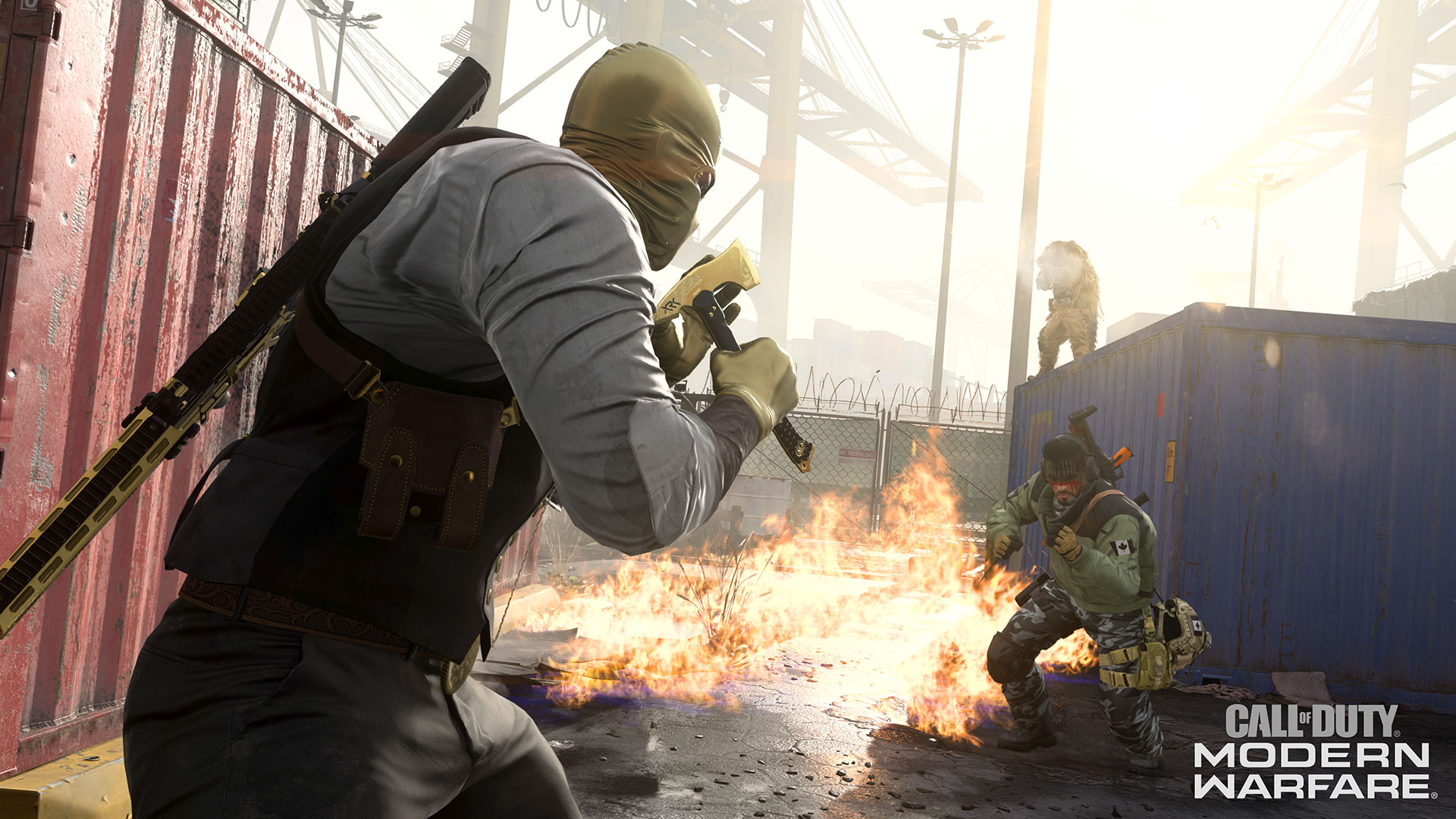 Mastery of Gunfight helps you in every other mode, by emphasizing the importance of alertness and situational awareness. And it doesn’t hurt that in the tournament the further you get, the greater the rewards. Here are ten tips to help you come out on top.

10. Two Rounds then Switch. Every loadout change can be an opportunity to play the map in a different way. Consider everything you’re given and think up a new opening strategy.

9. Watch the Skulls… When your teammate goes down, a skull indicator will show you where they fell. There’s a good chance that the enemy will still be nearby, so approach with caution and avenge your ally.

8. …and the Red Indicator. When you or your teammate spots an enemy, a red indicator will show the area where the enemy was spotted. Just like with skull indicators, the enemy may still be in the area, so stay alert.

7. Work Together. Talk to each other. Discussing your opening moves and calling out enemy positions makes a huge difference in your ability to win Gunfight matches.

6. Use Your Secondary. This even goes for your fists if you don’t have an actual secondary. Use the best available weapon depending on the situation and your preferred playstyle. 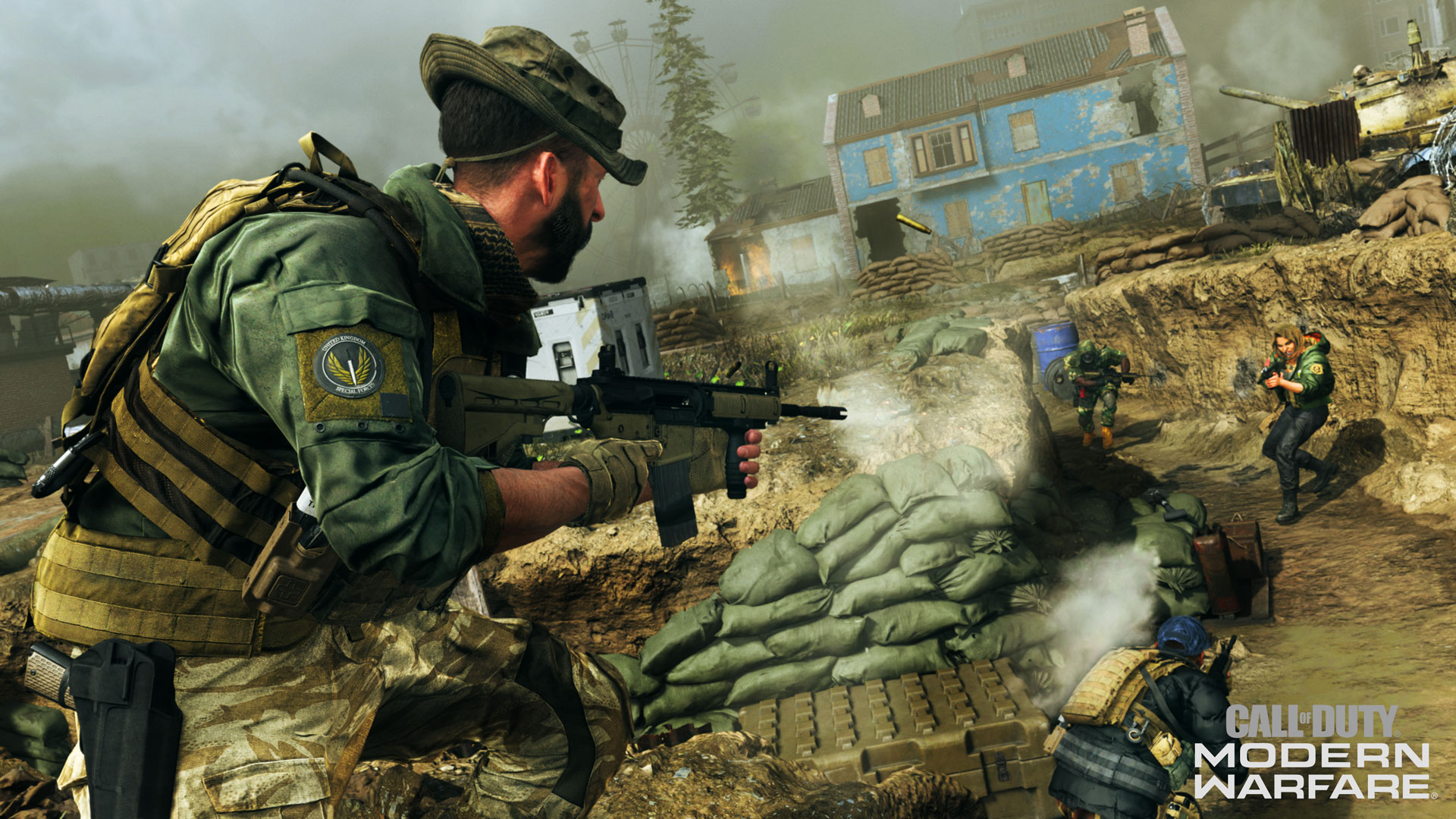 5. Get the Flag. Taking the flag is often a smart option, particularly if you’re out-numbered. Just be mindful when you rush or consider hanging back and pick off anyone who gets close to the flag.

4. Listen. These are tight maps where encounters happen fast. Listen for audio cues to pinpoint where the enemy is and whether they might attack from above, below, or behind.

3. Anticipate. Over six plus rounds of combat, you’ll get a feel for how the enemy plays. Exploit weaknesses by countering players who keep using the same opening move or strategy.

2. Use Your Grenades. It can be easy to forget about your lethals and tacticals, especially because they take a moment to activate after the round starts. A grenade tossed at the right time can win you the round fast.

1. Round by Round. You’re four down and it’s match point. If you’ve played enough Gunfight, then you know that it’s never too late to turn things around. Even in bad situations, breathe and take it one round at a time.