Welcome to War-Zone Mastery, a series that dives into each section of Verdansk to give you essential tips for survival. Our first zone is the BCH TV Station, an area that is a popular landing spot for Warzone players.

When you break down the BCH4 TV Station into its simplest form, it’s no wonder why it is a popular landing locale: It is a central, familiar area to veterans of the franchise where Contracts, Supply Boxes, and loose loot are abundant in a large, yet still manageable, interior.

To help you understand how to survive within each area of Verdansk, we present our War-Zone Mastery series, which is based off our Official Warzone Strategy Guide.

Here, we’ll look at each zone of Verdansk, giving you a brief look at what we wrote about every point of interest in our guide. On top of that, this series will provide additional strategies for landing, looting, attacking, and defending within and around the zone. 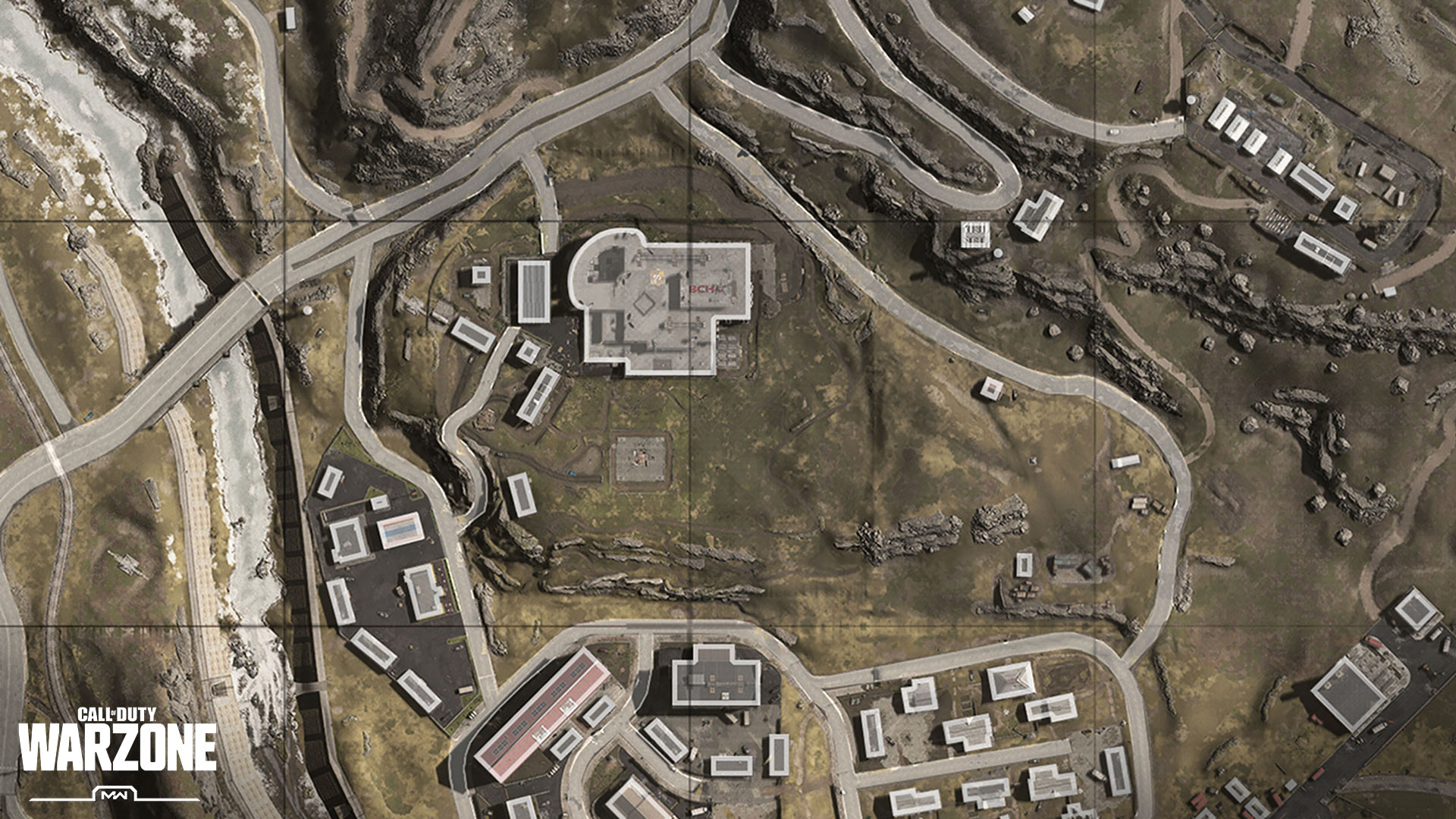 Once serving the surrounding communities with quality programming and hard-hitting news, the BCH TV Station is in ruins, though it tends to attract Operators with its caches of loot.

This zone contains six points of interest, including the Grazna Bridge spanning across the frozen Gora River. From the bridge going east, you’ll pass by a collection of buildings that makes up the Building 3 and Electrical Maintenance, as well as the Server, Office, and Outbuildings locations. 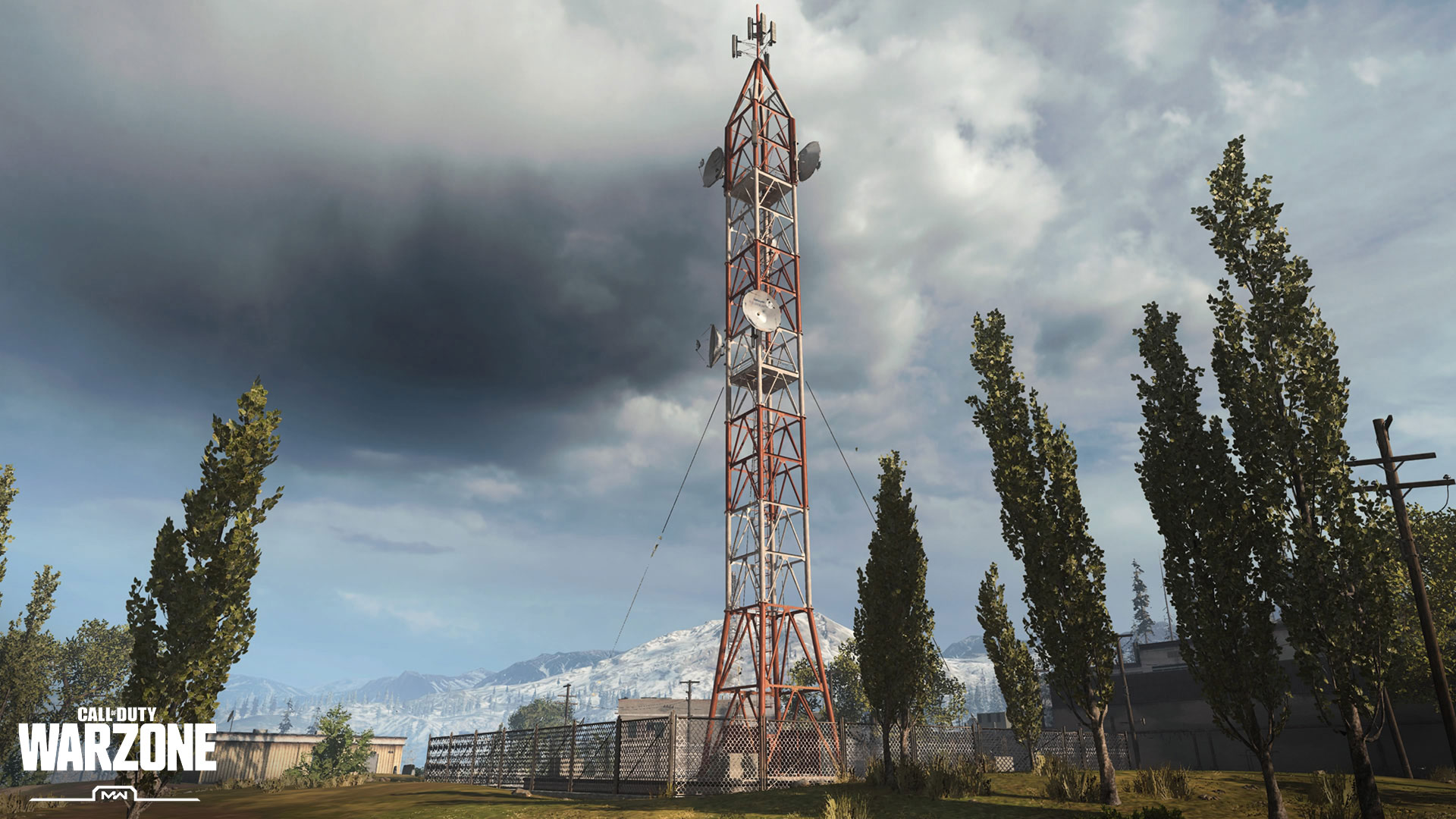 Towards the south and east, there is a Comms Tower and a Forward Observation Post (shown above). 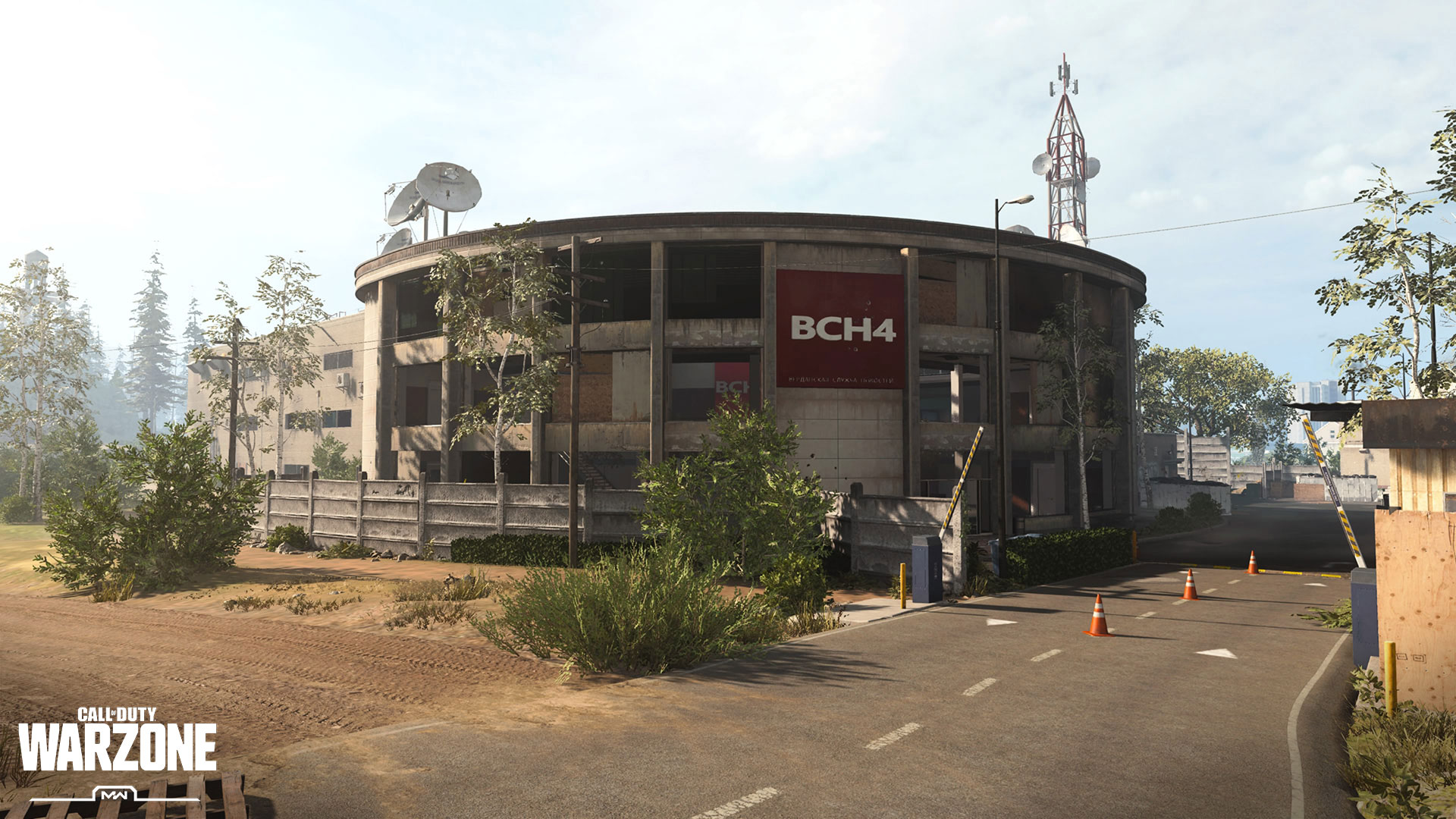 Then there is the BCH TV Station proper; Verdansk News Service provided “a dedicated trust team” to the locals before it was unceremoniously shut down and the news reporters “forcefully disbanded”. Now the place is a key strategic point to hold, with its multi-tiered roof, maze-like interior, and excellent defensive potential.

Veterans of the franchise will recognize parts of the TV Station as the Multiplayer map “Broadcast” from Call of Duty 4: Modern Warfare. That will come into play when exploring the main broadcast studio, but don’t get tunnel vision; there are plenty more loot opportunities to be had in and around this building. 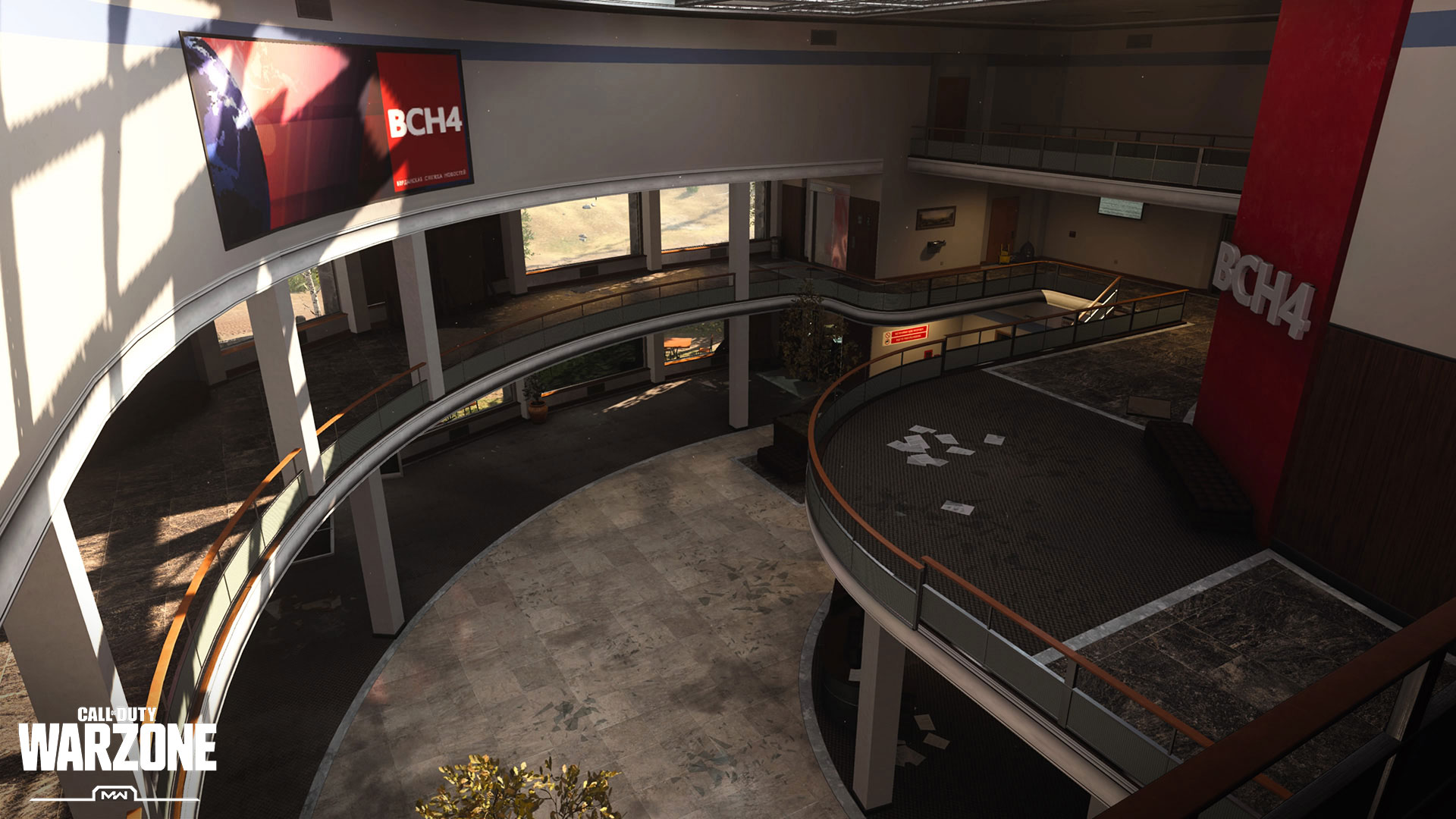 Given that it is a named zone towards the center of Verdansk, TV Station is one of the most popular landing spots within Warzone. In other words, it’s rare to only see a squad or two land here, and it may not be wise to drop here alone.

When deciding to drop in on the TV Station, note that its foyer has plenty of broken skylights where one can fall through, allowing you to easily access the main building. There are no shortage of Supply Box, Contract, and ground Loot spawns here in every single room, so be sure to communicate with your squad on whether you should divide and conquer or stick together for looting. Either way, leave no cubicle unchecked.

It can be easy to get lost within the station, especially when down in the Broadcast Studio. However, if you learn the compass directions of every pair of double doors in the studio, you’ll have a better understanding on how to navigate this studio quickly: 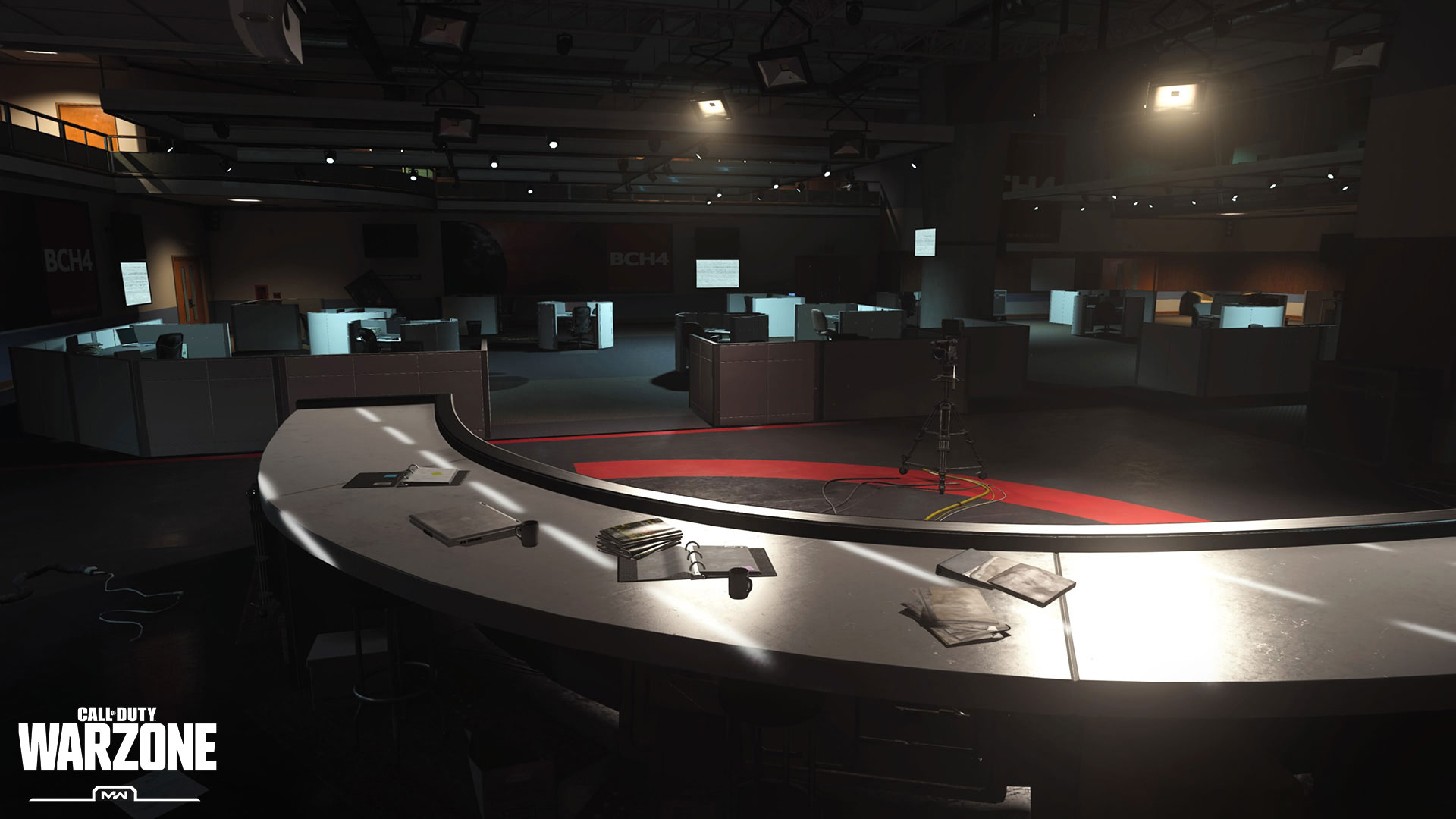 Furthermore, if you are looking for vehicles, the TV Station does have a few choice spawns. One of which is the helicopter on the roof, which can help you and your squad easily flee the area should the circle collapse or multiple squads be hot on your tail. 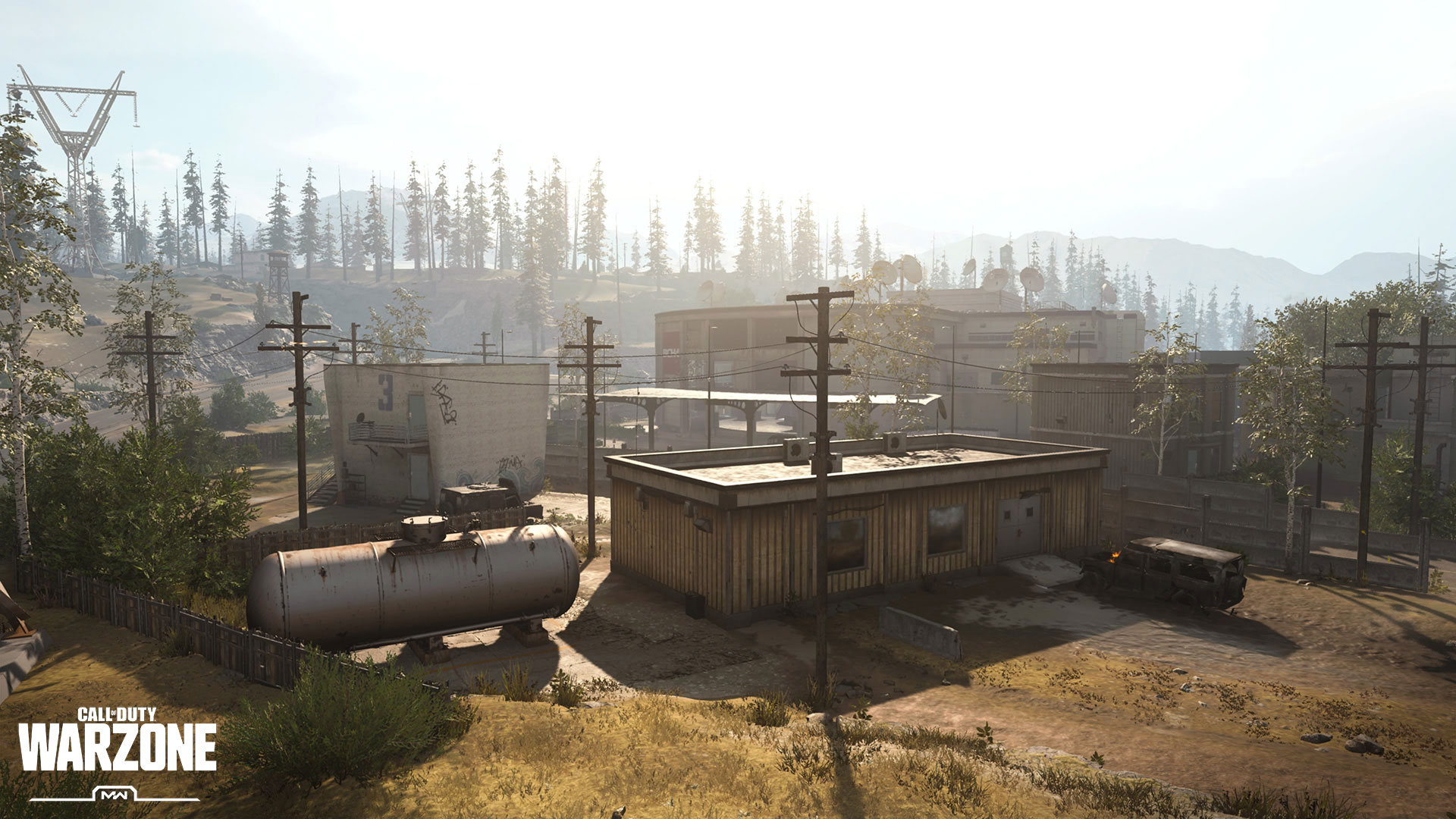 If your squad feels that there are too many people landing here, consider turning in mid-air towards the western buildings (shown above), or north to the WHP Camp. 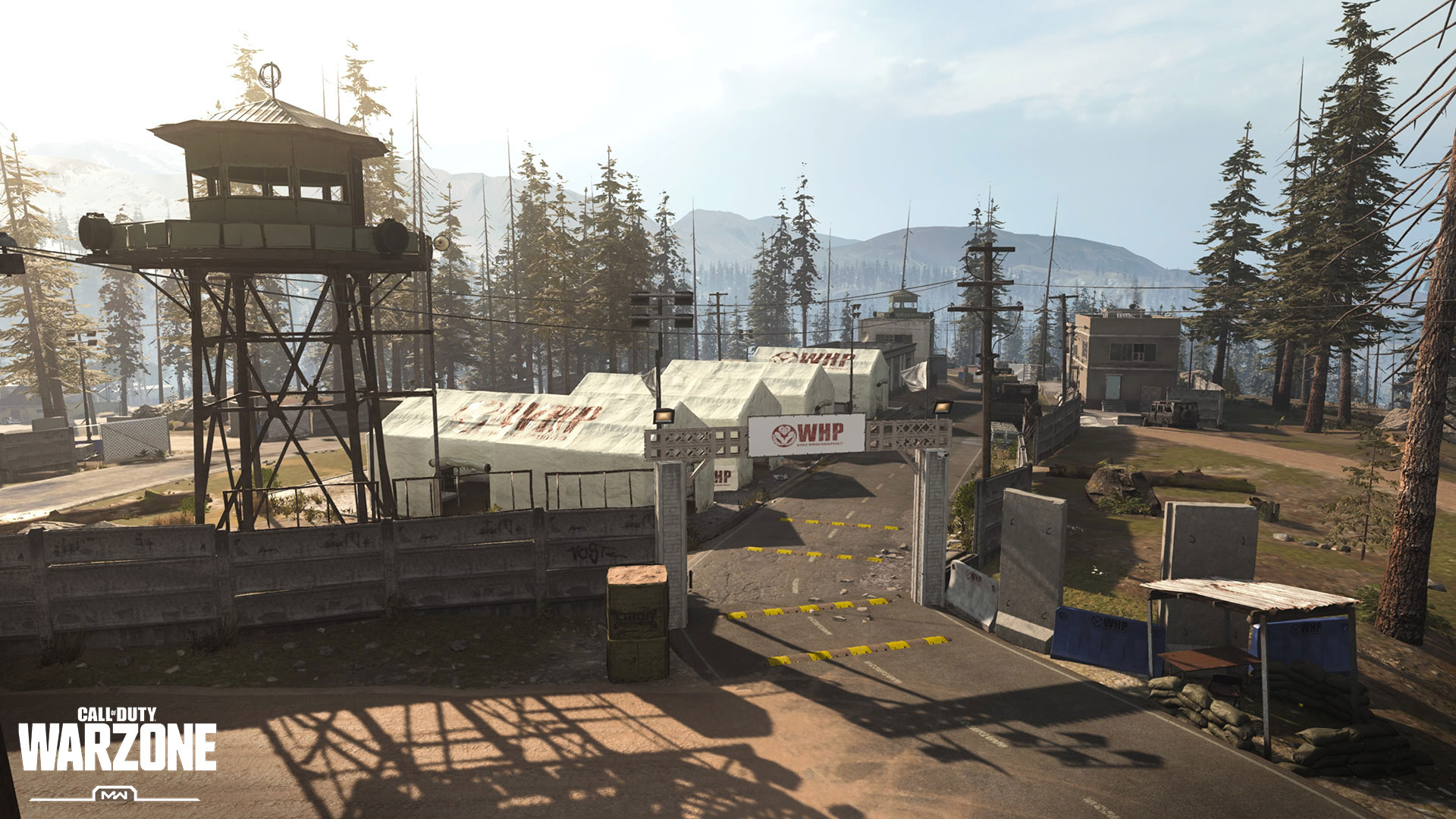 The former landing location could be good for those wanting to land close to the main station but want to build a quick loadout before engaging. The latter is for those who like to snipe; the WHP Camp (shown above) is on a ridge that overlooks the TV Station. Should you find a sniper, or if some high value targets are down at the station during a Plunder match, consider taking a high ground spot here to call out enemy movements down below… And if your shot is good enough, you may pick someone off, too. 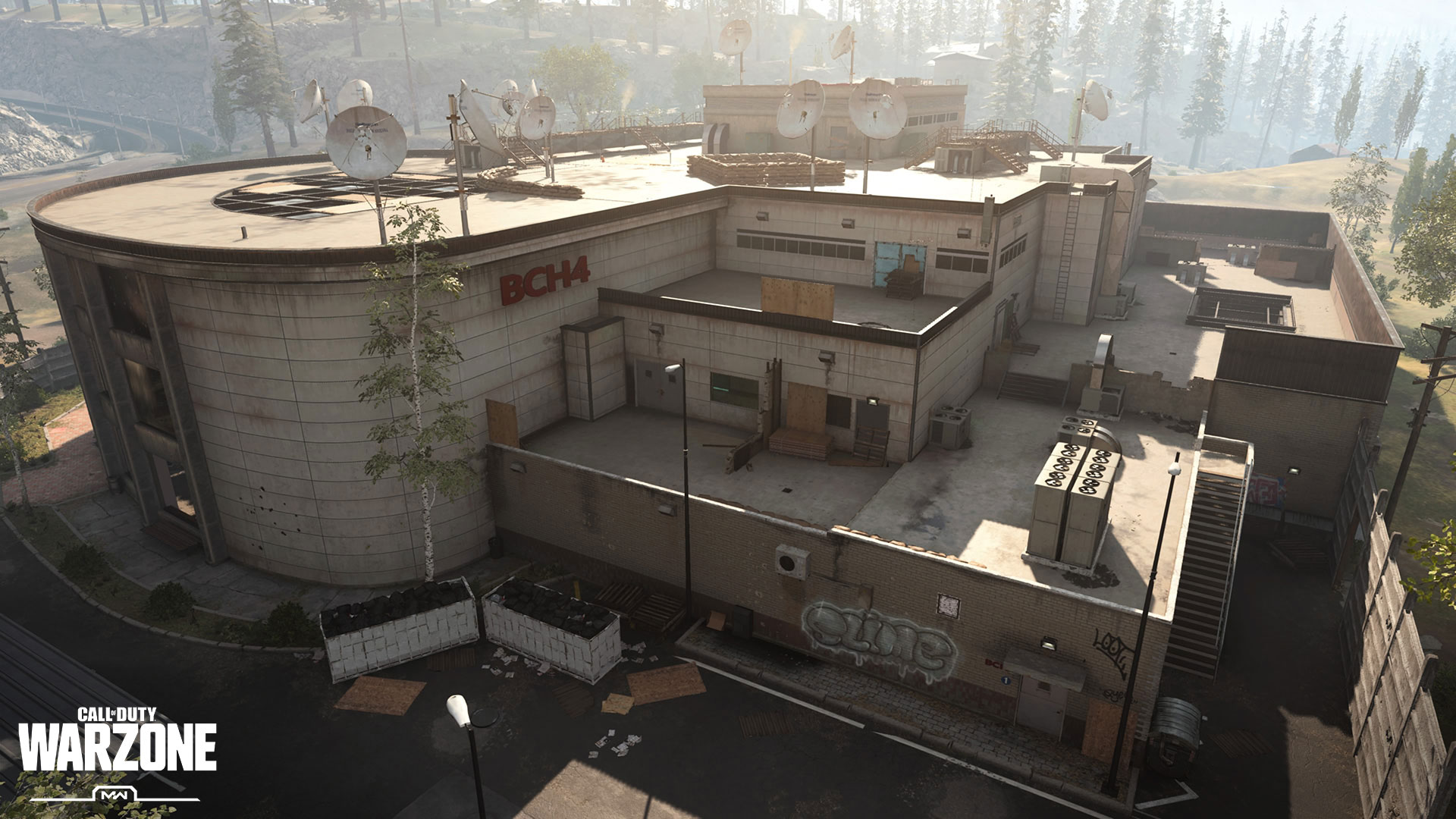 This brings us to strategies when fighting in and around this area.

After gathering your loadout in Battle Royale, or when you need to defend a ton of Cash in Plunder, defending the TV Station can be difficult given how complex it is. With multiple points of entry, splitting up is just asking for a full squad to rush in and clean house. 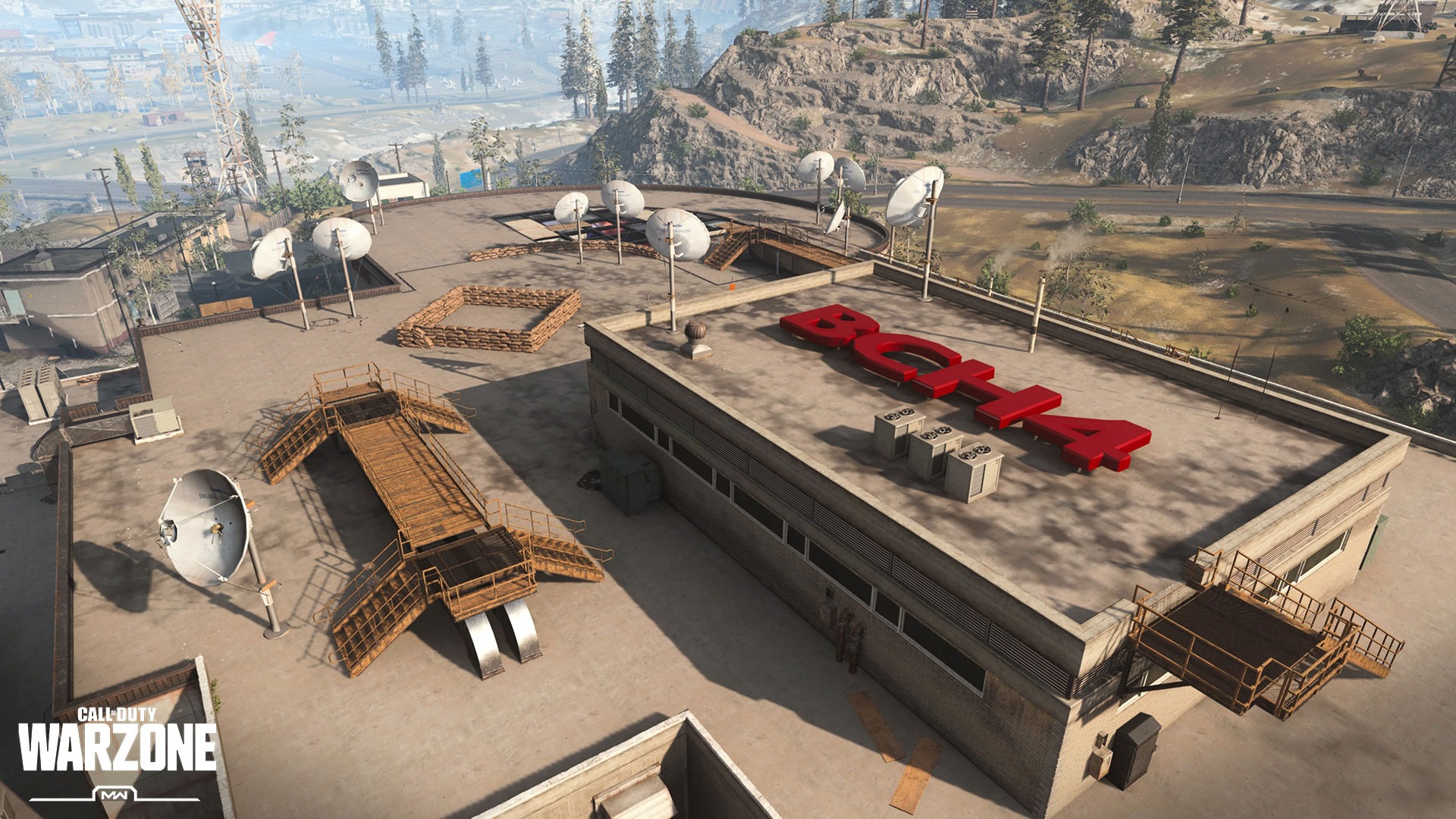 However, the station’s roof is a great spot for your squad to do some overwatch. Either get a decent sniper scope or fly a Recon Drone up to see who is around the area, if anyone. 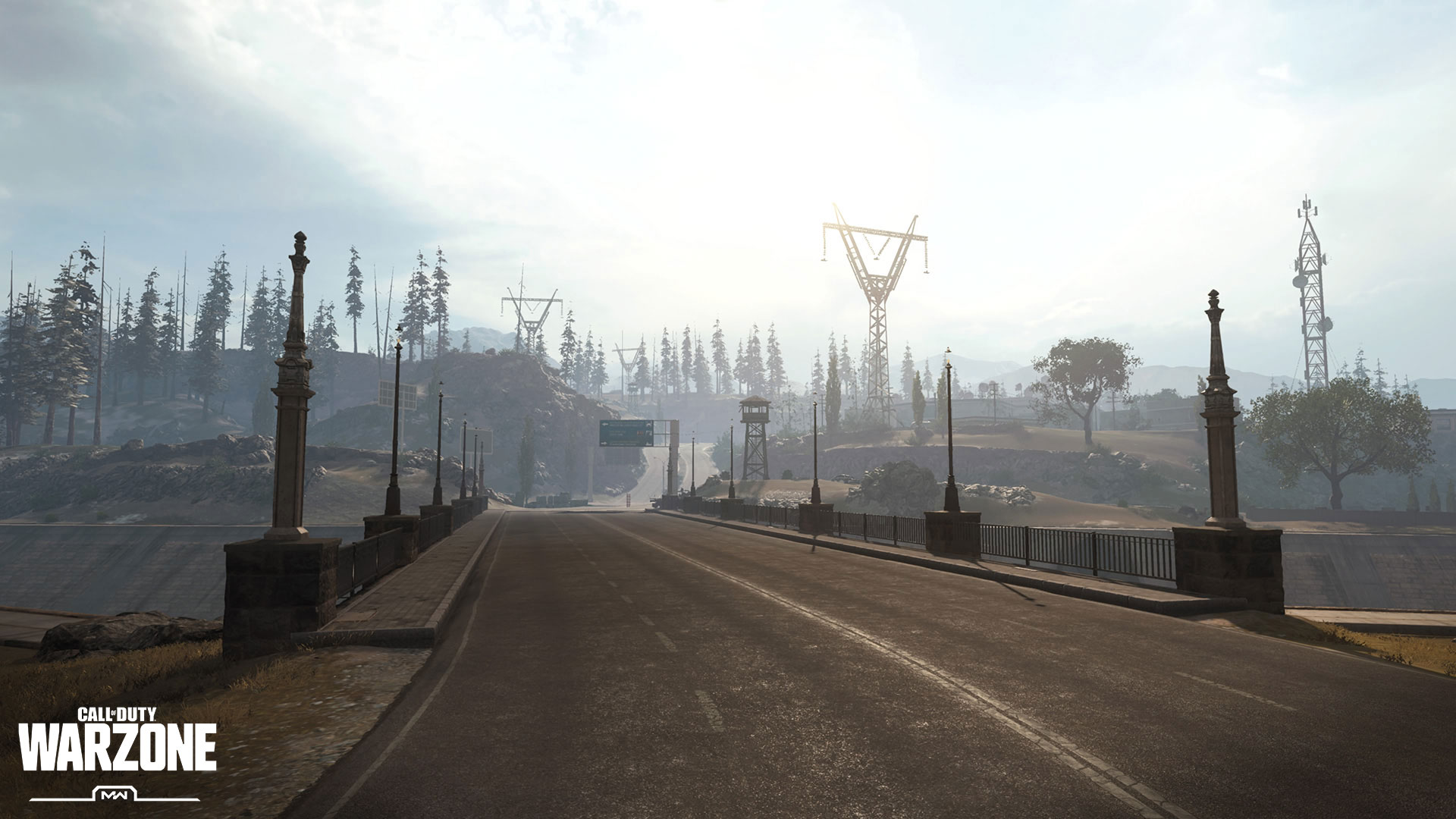 That bit of recon could alert you to players crossing the Grazna Bridge (above), which is brutal to cross on foot without a vehicle. Those who don’t have one will want to use the concrete embankments for cover against those on higher ground. 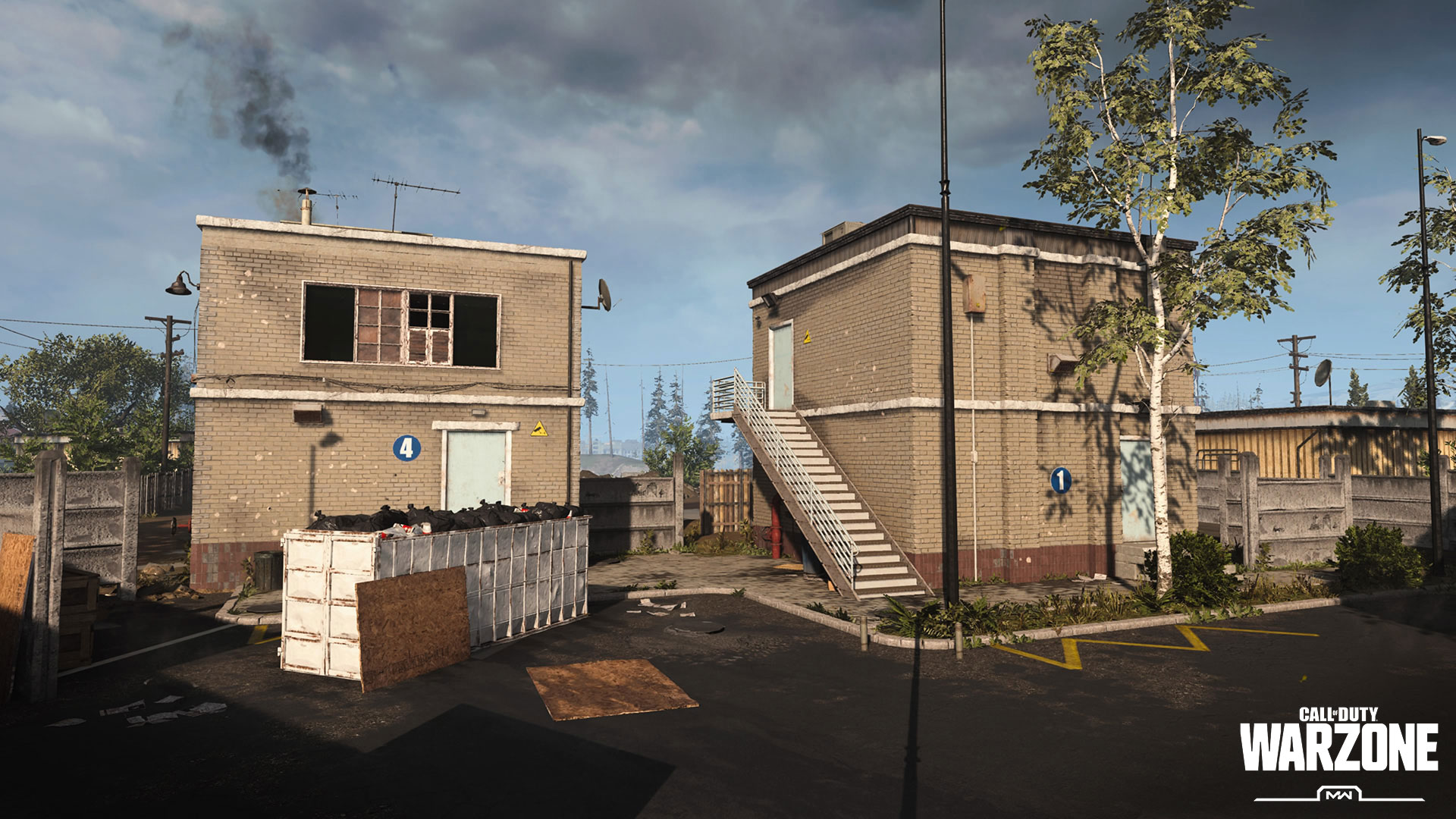 As you approach the station from the east, be sure to check the collection of buildings next to the station for any stragglers (see above). These buildings can also offer views into the station, or counter-sniping positions against those on top.

No matter if you are on offense or defense, get ready for close-quarters combat if fighting moves inside the station. The foyer will be a bit more open if you have weapons suited for longer ranges, but anywhere else, be prepared to fight with SMGs and shotguns. 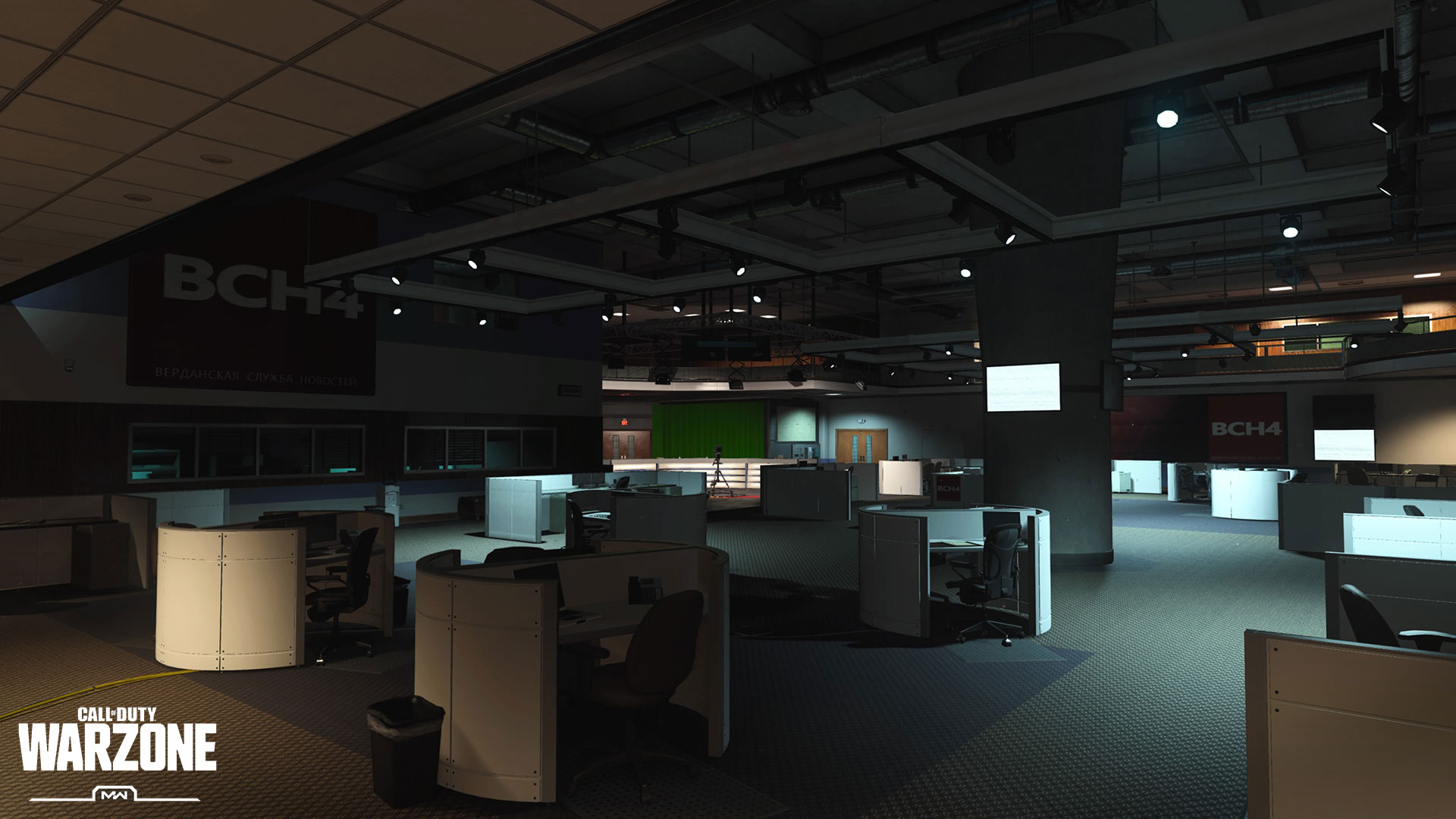 Also, given the number of hallways and entryways, double check those corners for ambushes or equipment traps, lest you walk right into being downed. 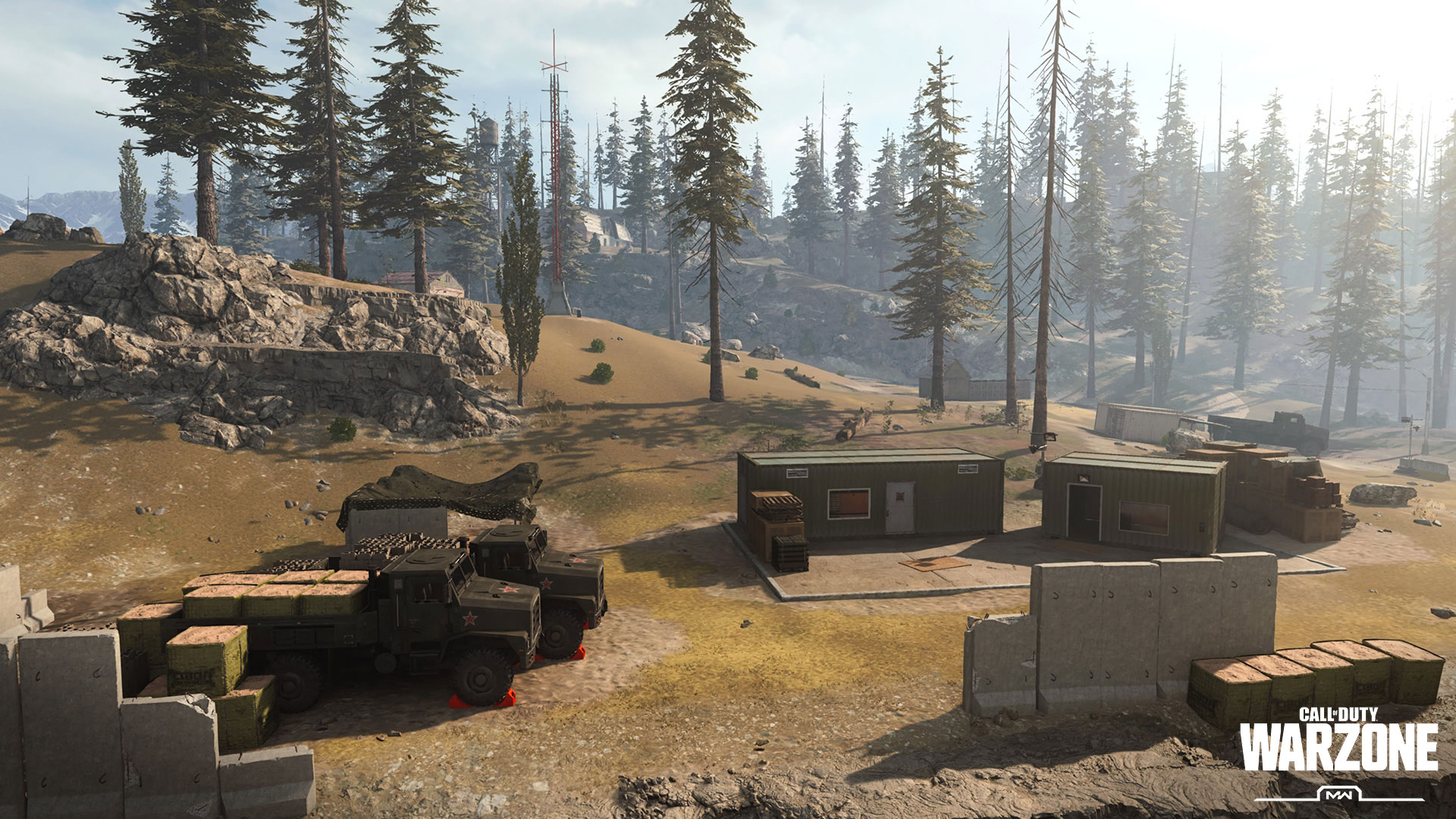 Last, but certainly not least, the TV Station sits on high ground above the Verdansk Stadium and Bloc 6. Before venturing South, don’t pass up the opportunity to look below and scout ahead for any potential threats. And, when you venture South, consider visiting the Forward Observation Post (shown above); it’s right outside a sizable neighborhood where enemies could be rotating over from the main Stadium or Downtown.

In summary, here’s what you need to know about this area:

5. Broadcasting Live from Central Verdansk. Veterans of the Call of Duty franchise will find the TV Station to be familiar ground: the ground floor shares a layout to the Call of Duty 4: Modern Warfare map Broadcast. Just don’t let those rose-tinted glasses blind you from this hotly contested zone.

4. Let’s Check in with Our News Copter. With a helipad on the roof, the TV Station could have a helicopter ready for you to pilot out of this area. Alternatively, if you start to hear the whirr of those blades, look up towards the roof and you could catch a squad flying away from here.

3. Tonight at 10: An Unexpected Vantage Point Over Verdansk Central. The TV Station area is on natural high ground. Although it isn’t as mountainous as Verdansk North, this section of Central Verdansk, it can still provide an elevated vantage point, especially if you sit atop the TV Station or the Comms Tower.

2. Breaking: Your Enemies Skulls. Shotguns and SMGs don’t usually see much play across large areas in Verdansk, but within the main TV Station, these weapons are the bread-and-butter for hectic close-quarters combat. Don’t hesitate to pick one up, should you find them in this building – you may need it to survive here.

1. Developing Story: Don’t underestimate the other buildings. Remember that the main station isn’t the only point of interest within this area: Building 3, Electrical Maintenance, the Server, Office, and Outbuildings all have great opportunities for loot. Think of them as the stepping stones for building up a loadout in Battle Royale before you tackle the area’s massive complex.

For a more in-depth look at Verdansk, check out our Warzone Official Strategy Guide, which features an interactive Tac Map with over 300 points of interest – including the ones in TV Station – along with tips that span from the initial infil to the Gulag.