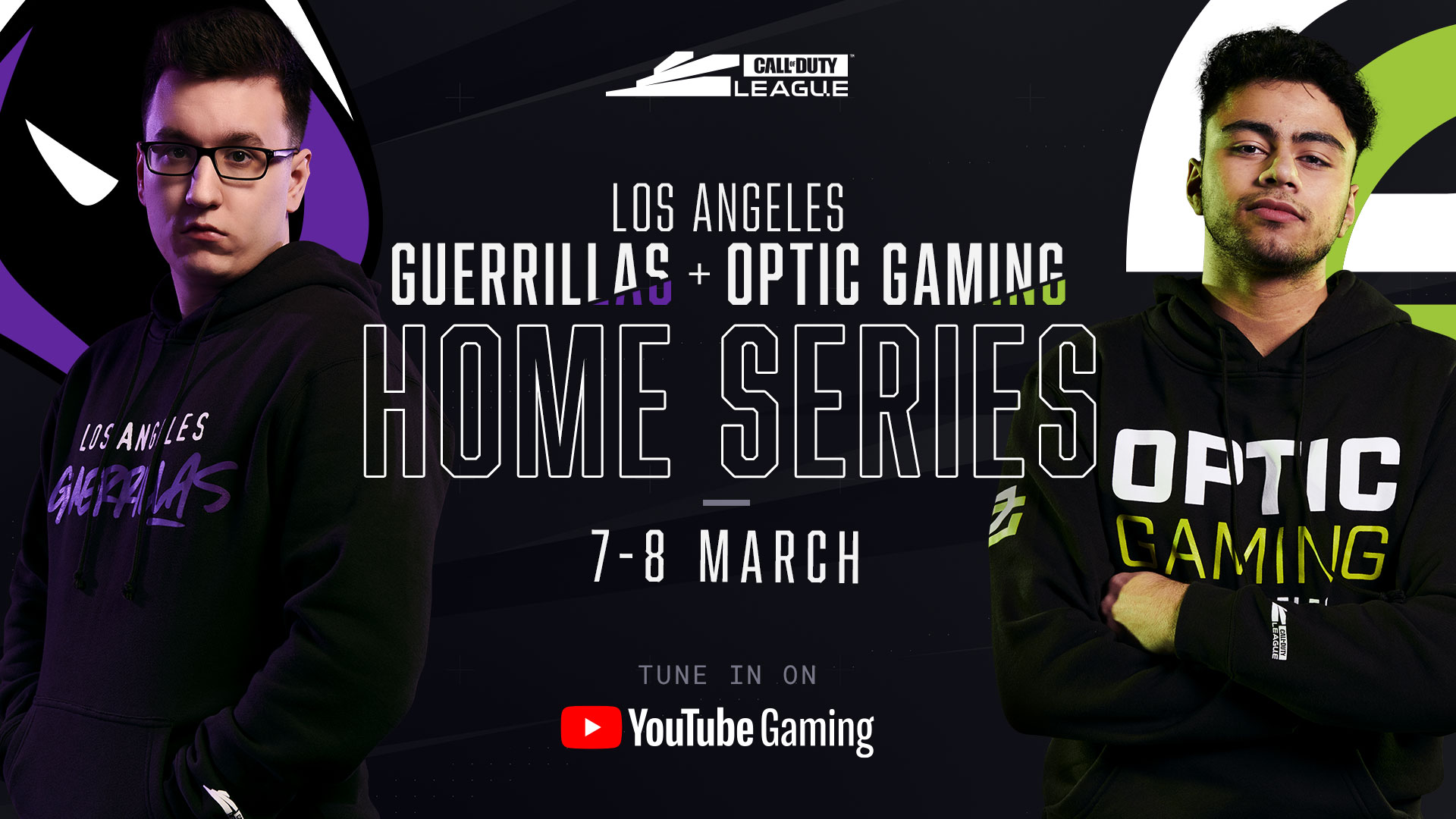 The Battle for Los Angeles and the first Home Series with two hosts kicks off on March 7. Will the undefeated Atlanta FaZe get enough CDL Points to top the Chicago Huntsmen in the standings?

Here’s what you need to know about the LA Home Series taking place at the Shrine Expo Hall in Los Angeles.

Fans coming to Los Angeles can get tickets to the Home Series here, while supplies last.

If you can’t join us in LA, you can still watch the tournament live on the official Call of Duty League Youtube channel, where you can also watch all matches on demand. The broadcast on March 7 will begin at 10 a.m. PT.

The Atlanta FaZe remain undefeated after successfully winning their Home Series event, however the Huntsmen lead in the standings because they have more matches (and wins) under their belt.

In addition to Atlanta’s double triumph (they also won the Call of Duty Challengers™ event), the Huntsmen were handed their first loss of the season by the Florida Mutineers.  Here’s a look at the current standings: 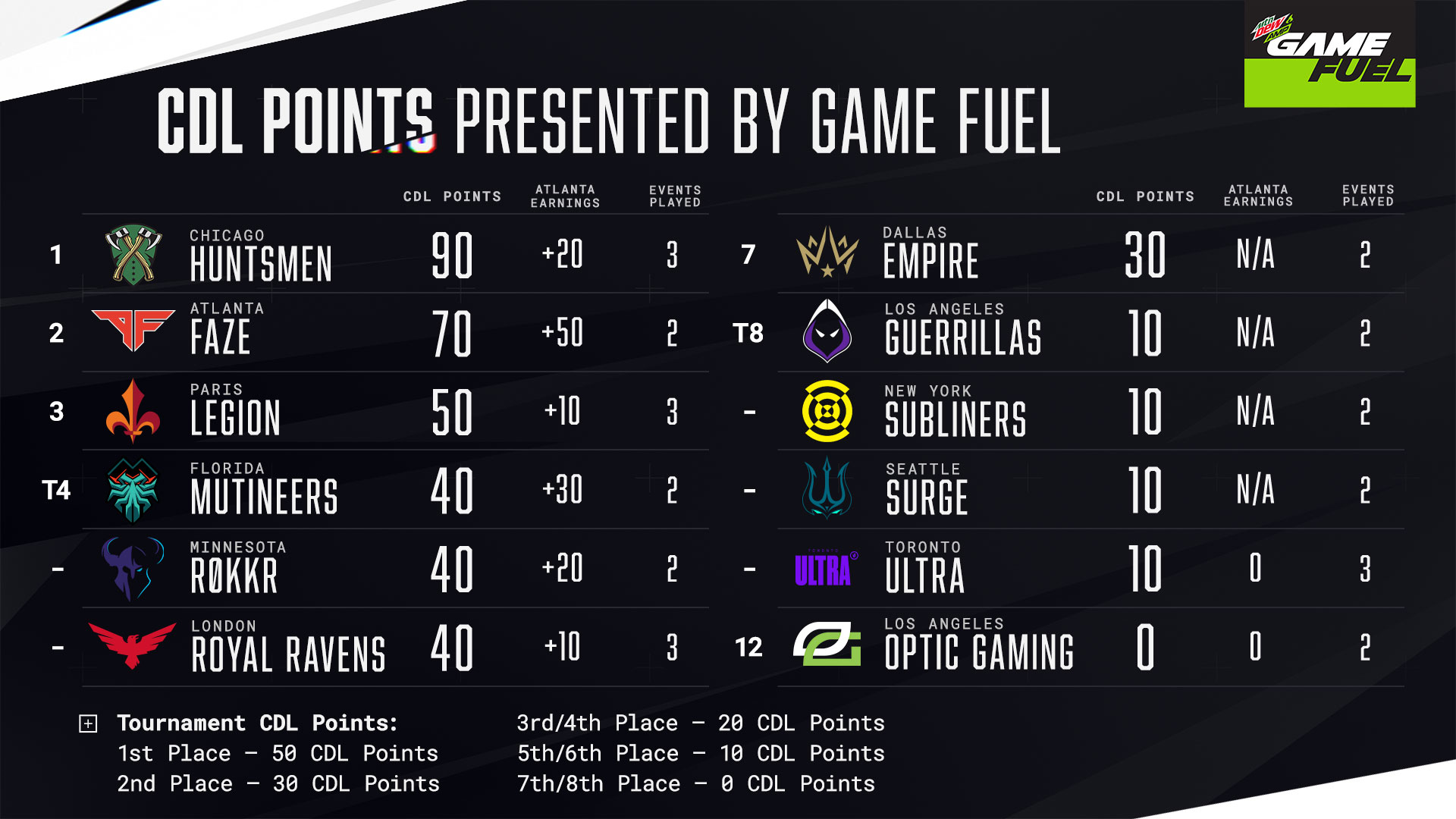 Read more about the Atlanta FaZe’s successful Home Series in the Call of Duty League After Action Report.

In Group B, the Altanta FaZe take the stage first against the Florida Mutineers. The Mutineers know how to pull off an upset, but they’ll need to regroup after losing to Atlanta 3-0 in the Final two weeks ago.

Next up, in Group A, the Minnesota Røkkr will face the Seattle Surge.  And then, in Group B, the Dallas Empire and the New York Subliners clash. The Empire were preseason favorites but have yet to live up to their hype.

The fourth Group Play match pits the two hometown squads against each other in the Battle for LA. The stakes are high: precious CDL points and the support of the crowd and the city! Check out the full weekend schedule here.

Be on the lookout for another Hype Battle during CDL Gameday on Sunday. Hype Battles feature celebrities on the sticks in tense Gunfight matches where everything is about claiming the victory.

Call of Duty Challengers, the official path to pro, will have an open bracket tournament during the event, also held at the Shrine Expo Hall. The next wave of pros may be honing their skills in Challengers, so keep an eye out for emerging league talent.

Stay up to date with news on the players and teams of the Call of Duty League by visiting the website, and subscribe to the official YouTube channel to never miss an event, watch matches on demand, and check out a new series “Behind the Controller” –an in-depth look at the rise of some Call of Duty League pros.