Specialist Spotlight: Hunting with Outrider and Her Birds of Prey

Making her mark on Call of Duty®: Black Ops 4 through Operation Grand Heist, Outrider is a game-changer with her Special Issue Equipment and Weapon. Here’s how you can use them.

Alessandra “Les” Castillo – AKA Outrider – drops into Call of Duty: Black Ops 4 as of Operation Grand Heist, and she comes with two powerful birds of prey: her Sparrow bow and her Hawk equipment drone. When you choose to hunt with her in Multiplayer, here’s how to master her arsenal that could turn the tide of battle:

Available as Outrider’s Special Issue Equipment piece in Multiplayer, the Hawk is a pilotable drone that scans a specific area for enemy forces.

When activating the Hawk, you’ll immediately pilot it via an in-game tablet, using the analog stick (or movement keys on PC) for general direction, and the aim button and fire button to move it down and up respectively. Pressing the reload button parks the drone at a given spot, which brings you back into your character and keeps the drone’s reconnaissance active.

Important note: Be sure that you are in a safe location when piloting the Hawk, lest you become a cooked bird thanks to some enemy’s hot lead.

While in use or parked, the Hawk tags enemies within its view using a red square. Think of this as the “lite” version of Recon’s Vision Pulse ability; though only Outrider can view the red boxes, you’re able to see through walls and other barriers, which is great for getting a sense of hostile movements.

The Hawk does its best when parked high above an objective or in a high traffic area, such as directly over the central circular bar in new multiplayer map Casino. Like any good camera system, there will always be blind spots, so choose your angle carefully when setting up this drone for maximum surveillance.

Despite being a powerful piece of equipment, the Hawk is fragile, as even a bullet or two can knock it out of the sky. This shortcoming won’t be an issue if the drone is placed in a more obscure location that still has good sightlines... and in that case, enemies who try to down the drone can end up as sitting ducks for you and your team. 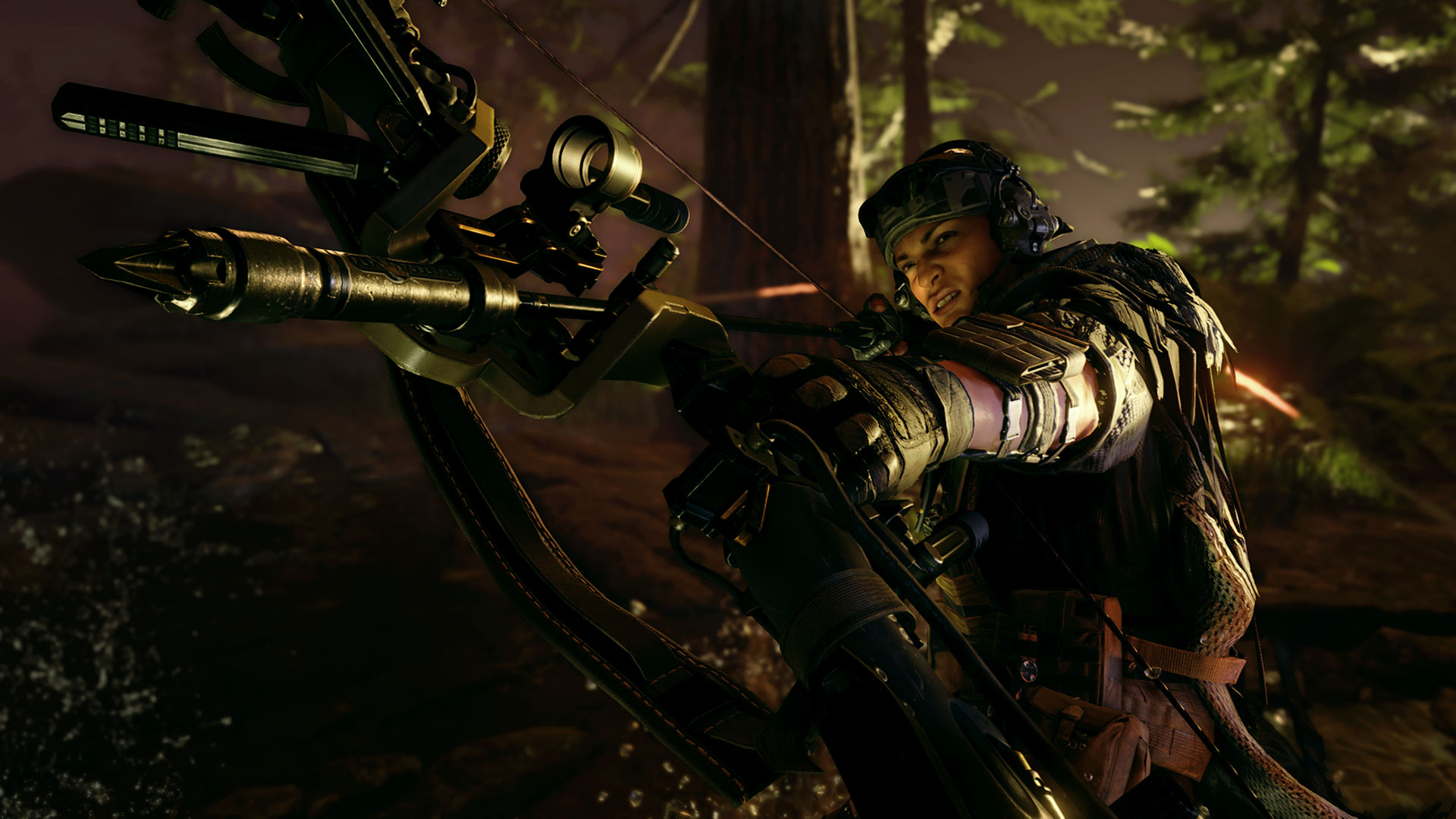 A bow with a zoom scope and explosive bolts, the Sparrow can pick apart an entire team like a vulture feasts on carcasses… but only when held in the hands of a true sharpshooter.

Holding down fire charges the arrow up, enabling faster travel in the air, which mitigates the amount of drop-off the arrow has while in flight. It’s also possible to fire the Sparrow in rapid bursts by tapping the fire button, which is superb for tight corridors where raw firepower is more important than accuracy.

The Sparrow’s zoom scope can be used by pressing the aim button to get a better view of targets at a distance. This is almost essential in hitting a target at long range, along with a charged-up arrow that can zip over to a distant opponent.

While the Sparrow’s arrows aren’t as explosive as Battery’s War Machine grenades, the weapon itself has more ammunition per use, and its arrows can be stuck onto enemies.

Sticking an arrow onto any body part is a nearly-guaranteed EKIA, so aiming for center mass is crucial no matter what the situation calls for. Plus, a direct hit causes an explosion, which could hurt enemies or cause chain reactions from other Equipment pieces.

Alternatively, shooting an arrow within a few feet of an enemy can also inflict sizable damage, especially if that foe failed to pack a Flak Jacket. 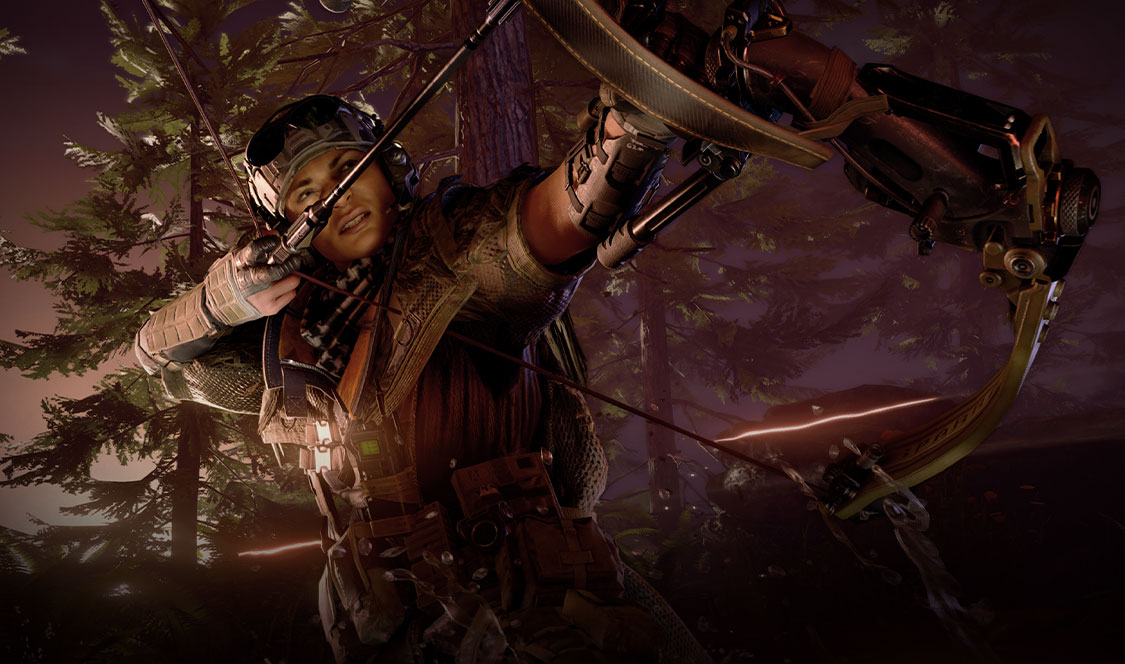 Killing Two Birds with One Stone:

In Multiplayer, the Hawk and Sparrow give Outrider a niche between a support role through her Special Issue Equipment, and an aggressive fighter, thanks to her Specialist Weapon. Although both are powerful as separate tools, Outrider is at her deadliest when these birds of a feather fly together.

Set up the Hawk right outside an objective or key chokepoint, have it target any enemies within the area, then come in to clear the room with the Sparrow. It’s a simple combination that, in an ideal scenario, can wipe an entire team out.

Another strategic move is to pilot the drone to oversee a specific path, such as the mountain pass on Summit, and deter enemies from alternative routes with a volley of Sparrow arrows. This allows your team to charge forward from multiple angles towards an objective while you rain down suppressing fire and give reconnaissance.

No matter how you use Outrider, she is a deadly addition to the Specialist roster and a tough soldier to pass up on for your squad. Unlock her at Tier 1 in Contraband, try her out in a few games, and perfect her armaments for long-range and silent battlefield domination.