New and live today to the Call of Duty Companion App is an expanded Combat Record, Friend Favoriting, and new Black Market information, allowing a mass of Call of Duty®: Black Ops 4 Multiplayer statistics to be inspected, and all at your fingertips!

Load up the newest update of the Call of Duty Companion App to check out further enhancements to your player hub, including new content designed to help you examine detailed Combat Record statistics, find and inspect your Friends’ information, and check your latest tier stats on the Black Market. You’ll be able to access your full player stats wherever you go. Read on to check out the following information drops: 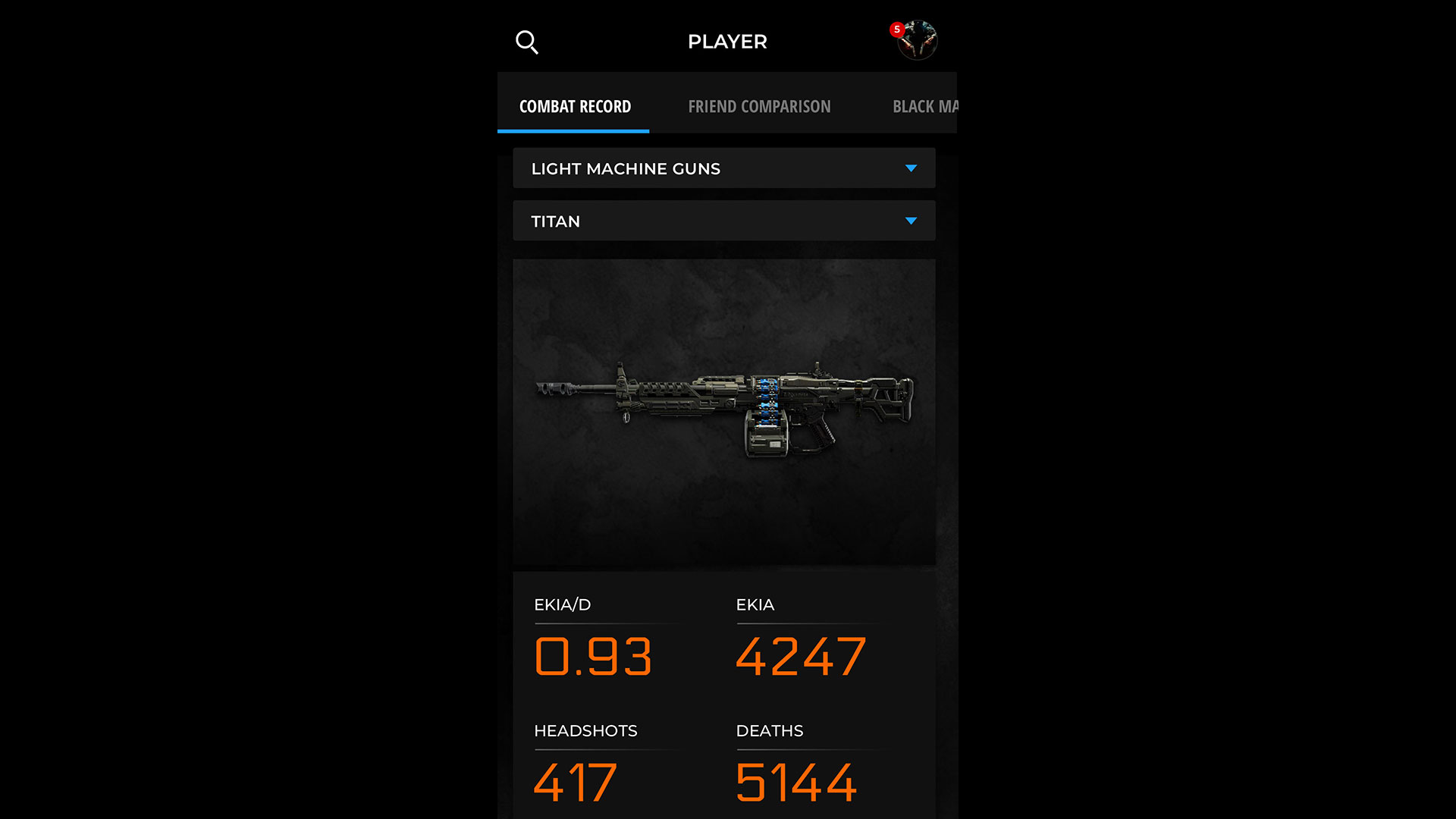 Enter the Combat Record tab and enter the Barracks, where you’ll find an impressive selection of data for Black Ops 4 Multiplayer, from the following five main menus:

If Specialist Weaponry is of particular interest, you can check your stats for every piece of customized kit available to every Specialist, from the Annihilator to the Grav Slam! Furthermore, as each bit of kit has a specific use, the stats are tailored to that information. For example, the Ice Pick has stats for usage, as well as “Hacked EKIA” information (the number of Enemies Killed in Action that were hacked).

The Usage Count, [times you’re] Killed By, Damage, and Assists are all shown for each piece of equipment, which also has more specific information where appropriate. For example, Razor Wire has a value for EKIA Slowed Enemies (the number of Enemies Killed in Action that were slowed by this device).

Scorestreak Stats: As you might expect, specific data (such as Usage Count and Assists) are included for and tailored to each remote device you’re able to utilize, which includes the RC-XD, Sentry, Hellstorm, Attack Chopper, Mantis, Lightning Strike, Dart, Care Package, Counter-UAV, Strike Team, UAV, Sniper’s Nest, and Gunship

Attachment Stats: The last main section of Combat Record deals with EKIA/D, EKIA, Headshots, and Deaths for particular attachments that impact a weapon’s performance, and these also come with Additional Stats (Kills, K/D Ratio, Accuracy, Shots Fired, Shots Landed, Killed By, and Damage totals). Now you can check your potency with FMJ bullets, Barrel Chokes, the Steady Grip, and all other weapon attachments. 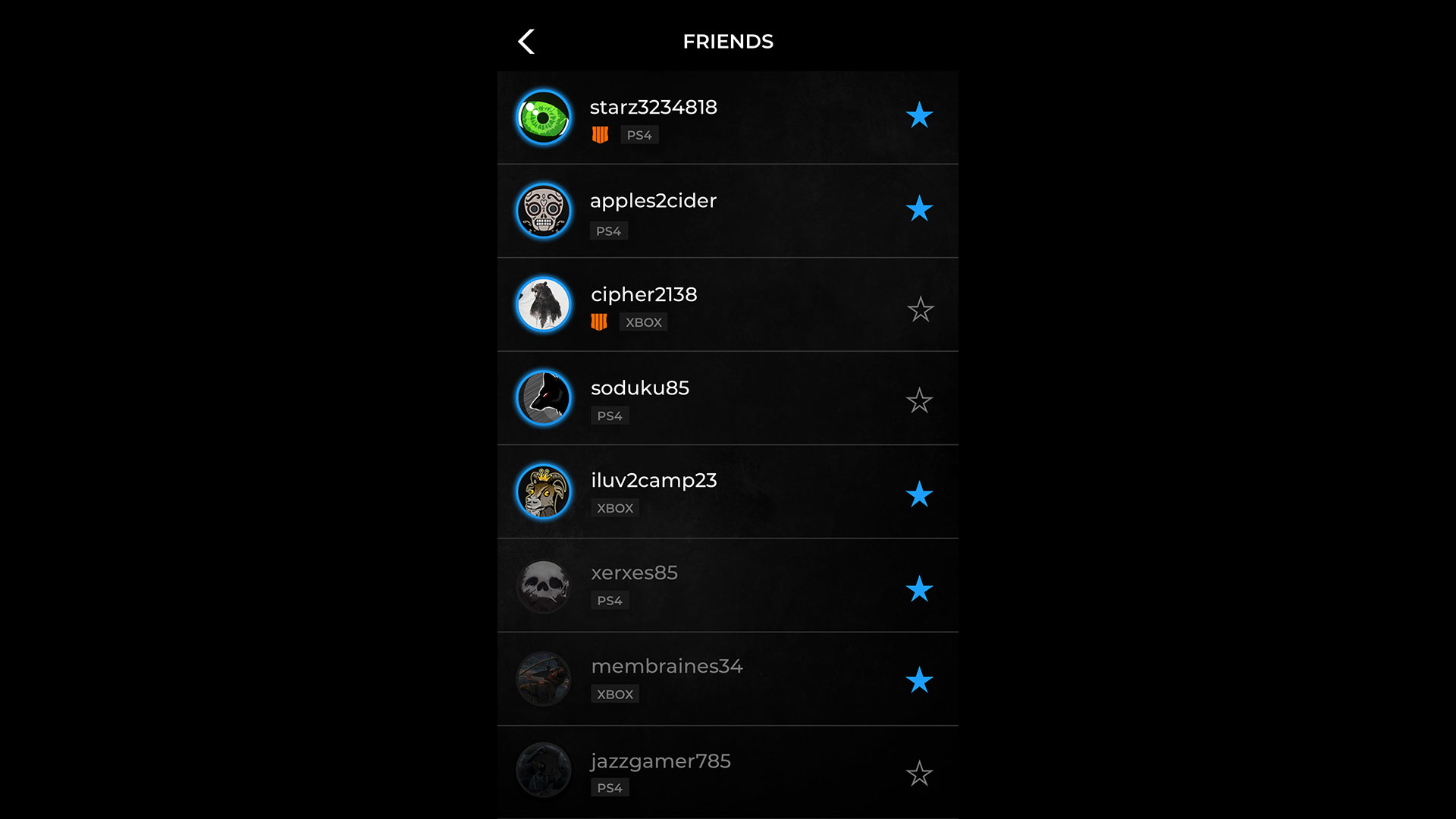 If you’re wanting more options to connect with your Friends, then the Friend Favoriting section is likely to help: Your first-party friends now have a star next to them. Tap the star blue to “favorite” a friend, and they’re moved to the top of your friends list. Furthermore, you’re able to see when they sign on, and receive prompts after they complete certain activities, like winning a Blackout game. You’re also able to search for other players and check their stats (provided their privacy settings allow you to view them). 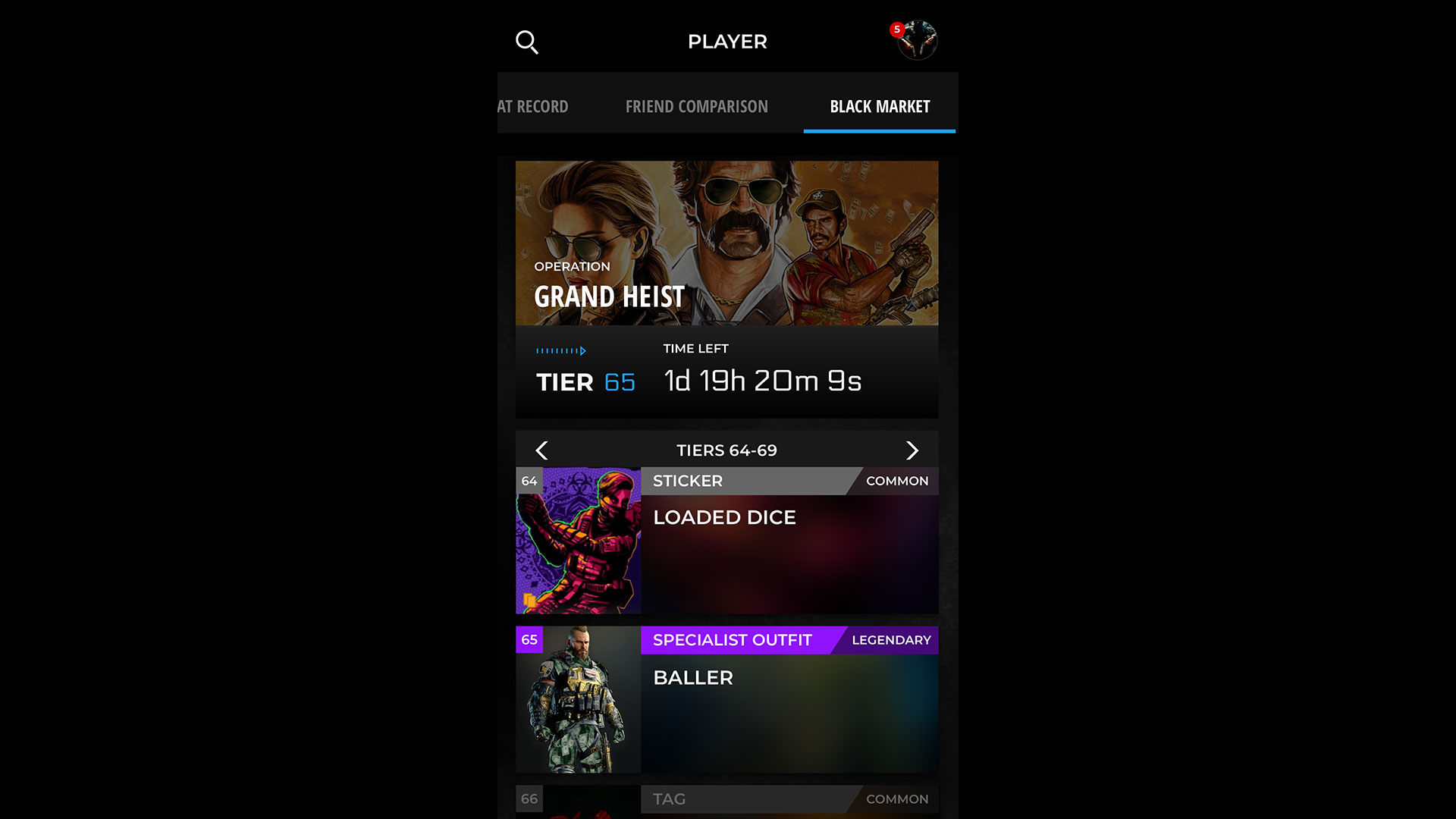 Need a place to keep track of your gear, and see what’s coming to you soon? Then inspect the new Black Market tab under the Player menu, where the current Operation, and all Contraband Stream Tier information is given, including the tier you’re currently on, and the rewards you’re able to obtain as you level up. You’re also able to view potential rewards from the Reserves (like characters, weapons, and outfits).

This update to the Call of Duty Companion App is accessible today (April 4), both at the Apple Store and Google Store. Download it today and take Call of Duty® with you wherever you go.