Call of Duty®: Black Ops 4 Map Spotlight: Hitting the Jackpot at Casino with an Overview, Tactical Planning, and More!

In Casino, the heist goes international in an upscale Monaco resort. Take on unique end-to-end engagements in the lap of luxury, as thieves craft a plan to beat the house and take off with the goods.

Joining Lockup as part of Operation Grand Heist in Call of Duty: Black Ops 4 is Casino, a map that’s aptly named for the swanky palace of potential riches you’ll be fighting in and around. Ignore the supercars and lavish wealth on show, and let’s get to work: 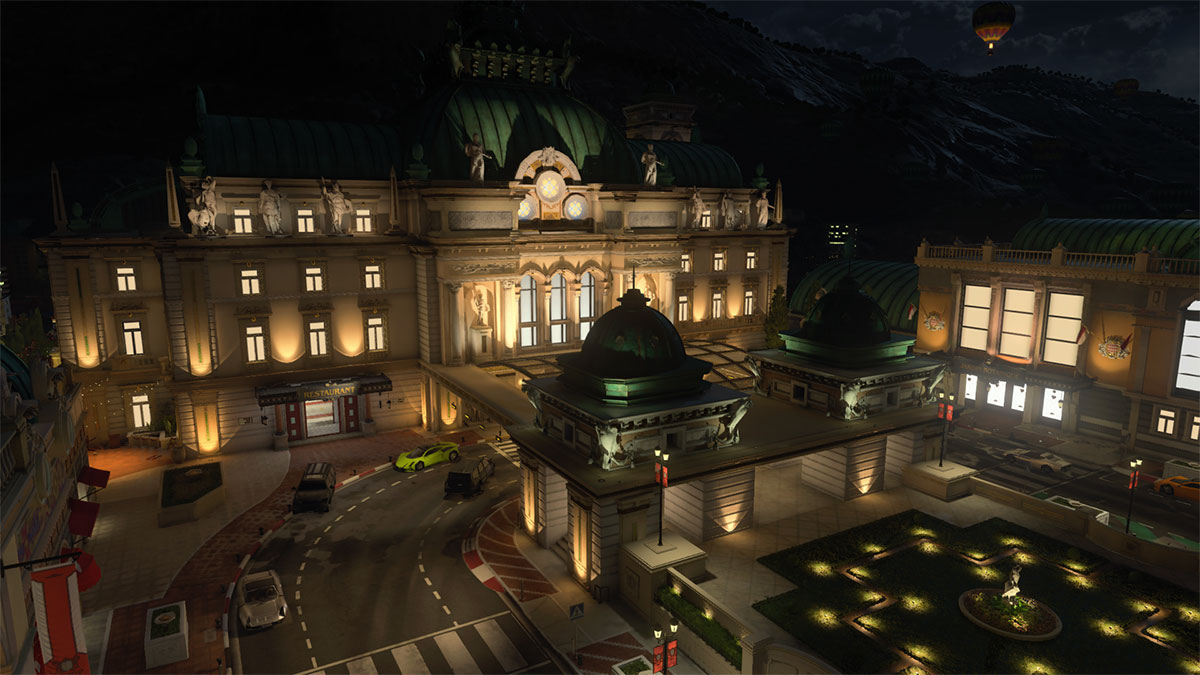 Before heading inside, let’s focus on what’s around this structure. The two initial spawns sit east and west of the main building. Both have plenty of open air and three lanes of access, which gives you plenty of choices to plan an attack.

The northern path is where the casino’s restaurant pavilion and multi-tiered garden lies, while the southern path has a larger courtyard area. Either path has multiple entryways into the main casino hall, with various tables and corridors creating tight spaces in this expansive map.

One could flank into the casino or, take the obvious entrances from the center of each spawn. While it is a more direct route to the parlor floor, both pass by hallways where sharpshooters could eliminate unsuspecting players.

About 70% of this map is indoors, and most of that interior space is taken up by the central hall. The slot machines line the walls and take up two large circular areas to the east and west of the central (and also ring-shaped) bar. The bar itself can be climbed into, which is great for those seeking cover from firefights. 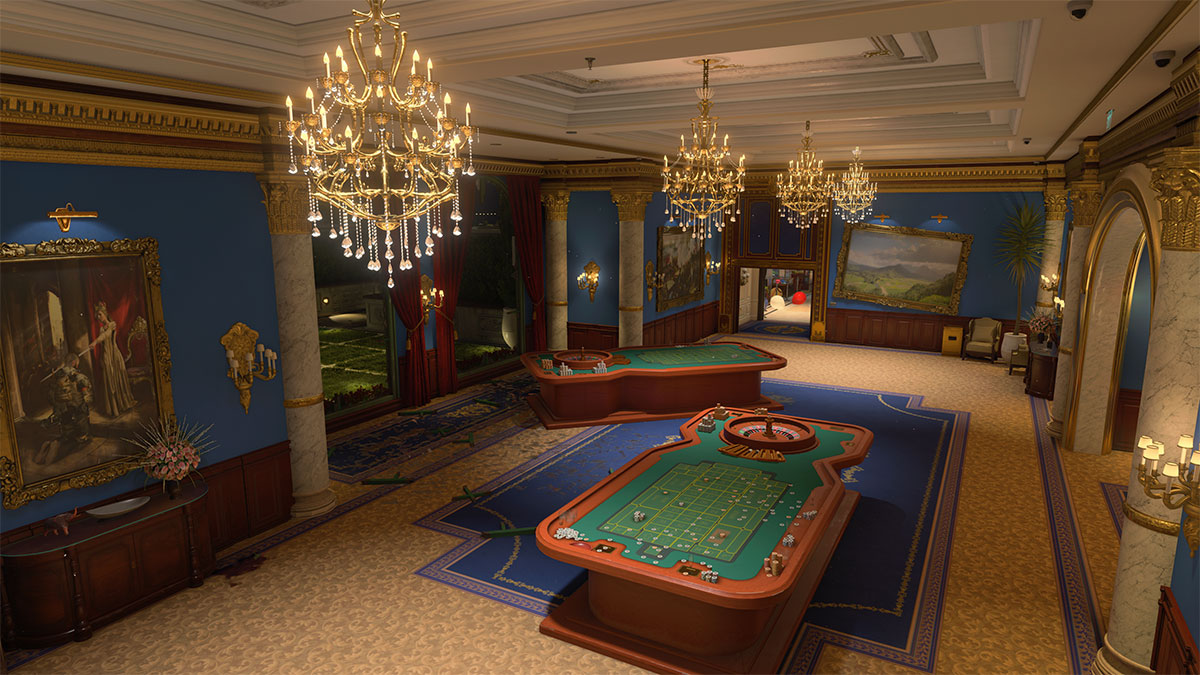 Due to the amount of open space on this map, it may be in your best interest to create your class to handle medium to long-range skirmishes, which are extremely frequent across all lanes of play.

Close-quarters loadouts can play to their strengths by focusing on weaving through the casino on the perimeter and should consider avoiding long sight-lines. A class with Dead Silence and Lightweight perks along with a submachine gun or shotgun is a very viable option, as with enough practice, it can be an effective counter to sharpshooters who are glued to their weapon scopes.

Because most of Casino is indoors, it is fairly difficult to not only hit people with Scorestreaks, but also spot them in the nighttime airspace above. Consider using the Engineer perk to light up enemy scorestreaks and maybe opt for ground scorestreaks like the Mantis or the Sentry, so you’ll be able to get to enemies hiding inside.

In terms of Specialists, there is not a bad solider to drop in with, but there are a few unique combinations that may help on Casino. Outrider and Recon both have the ability to make enemies appear through walls in some degree, which is helpful in a large indoor map. Ruin can also make a few interesting plays here, such as using the ceiling to become a crashing chandelier of death with a well-timed Grav Slam. 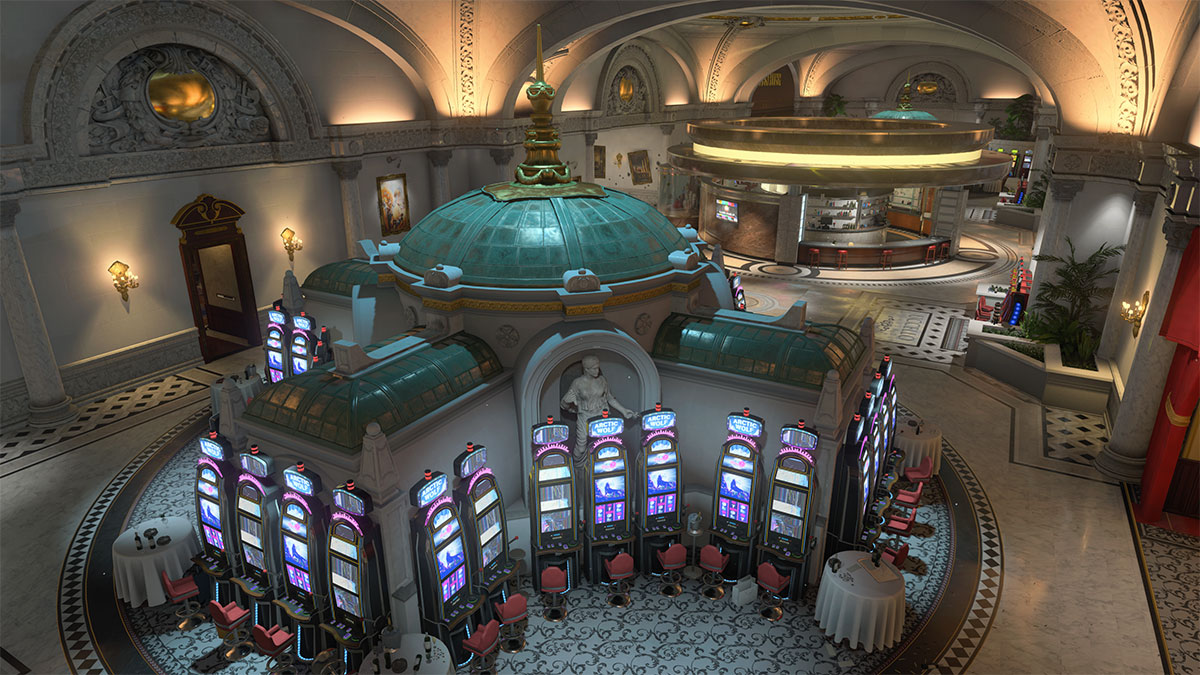 The central area is already a hotbed for potential bar fights around the circular watering hole, but it becomes even more of a place for a brawl during objective game modes.

In Domination, B is inside the bar itself. Holding down this position can be difficult, as there is little cover from incoming bullets and explosives.

One suggestion for effectively capturing and holding this position is to collective rush the opposition with the aid of Specialists abilities while using defensive equipment like Trophy Systems or Torque’s Barricade to block the opposition from reaching B.

After taking the point, consider dropping back and setting a perimeter to cover attacks from all angles. If you have to stay in the bar (to cover a Hardpoint, for example), Torque’s Barricade, Ajax’s Ballistic Shield, Crash’s TAK-5 health boost, and Trophy Systems can help keep you alive long enough until you can evacuate.

Whether you are dropping in for the first time or looking for the best strategies after your hundredth game, the ultimate tip we have for this and every map in Call of Duty: Black Ops 4 is to have fun. Catch you on the Casino floor!