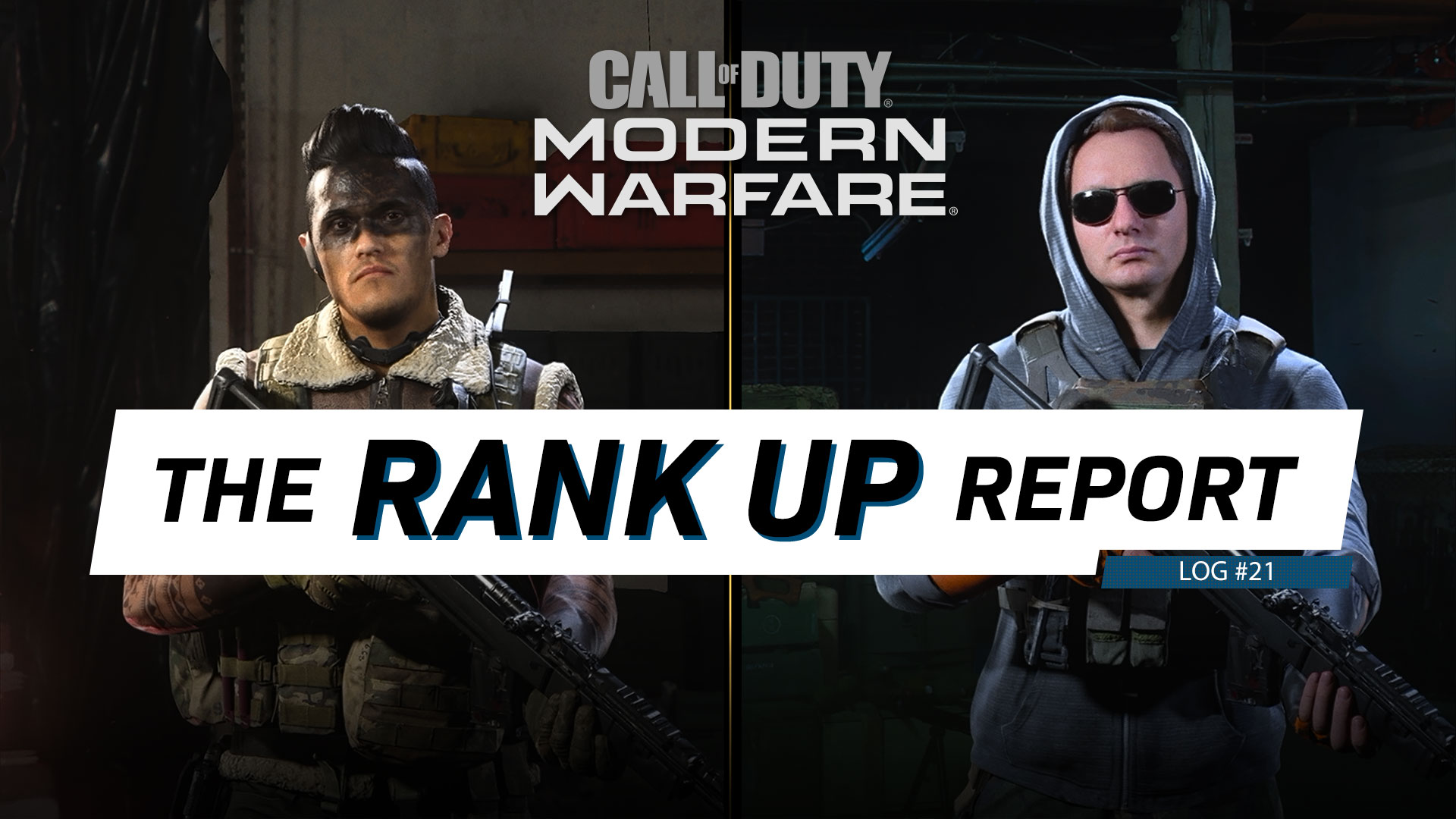 The Rank Up Report #21: A Warzone Meta Update and Khandor Hideout

Warzone added four weapons to the loot pool and a new map came to Multiplayer; here are my tips for both as you finish out those last Battle Pass tiers and complete this Season’s Officer Ranks

The Rank Up Report #21: A Warzone Meta Update and Khandor Hideout

Warzone added four weapons to the loot pool and a new map came to Multiplayer; here are my tips for both as you finish out those last Battle Pass tiers and complete this Season’s Officer Ranks

This week, we got plenty of new content in Multiplayer and Warzone. Before I get to that, let’s check in on my Operators for this week, starting with the Coalition:

Shockingly, Talon is actually a two-for-one Operator; not only do you get Talon, but also his dog, Indiana, who is featured in Talon’s Finishing Move.

Talon’s Finishing Move, included in his Operator bundle, involves Indiana taking a bite out of crime… erm… your enemy.

Although Talon is a tough act to follow, I had to bring out the big guns for the Allegiance: Yegor, who wears his Drawstring outfit – straight from the Tactical Human IV Store bundle – featuring some shades and a hoodie. Yegor’s outfit is lightweight enough for him to be agile when going for his Leg Sweep Finishing Move – also featured in the bundle – which I’ve had the pleasure of pulling off a few times this past week.

I played as both Operators in the new map - Khandor Hideout, which made its Multiplayer debut this week. 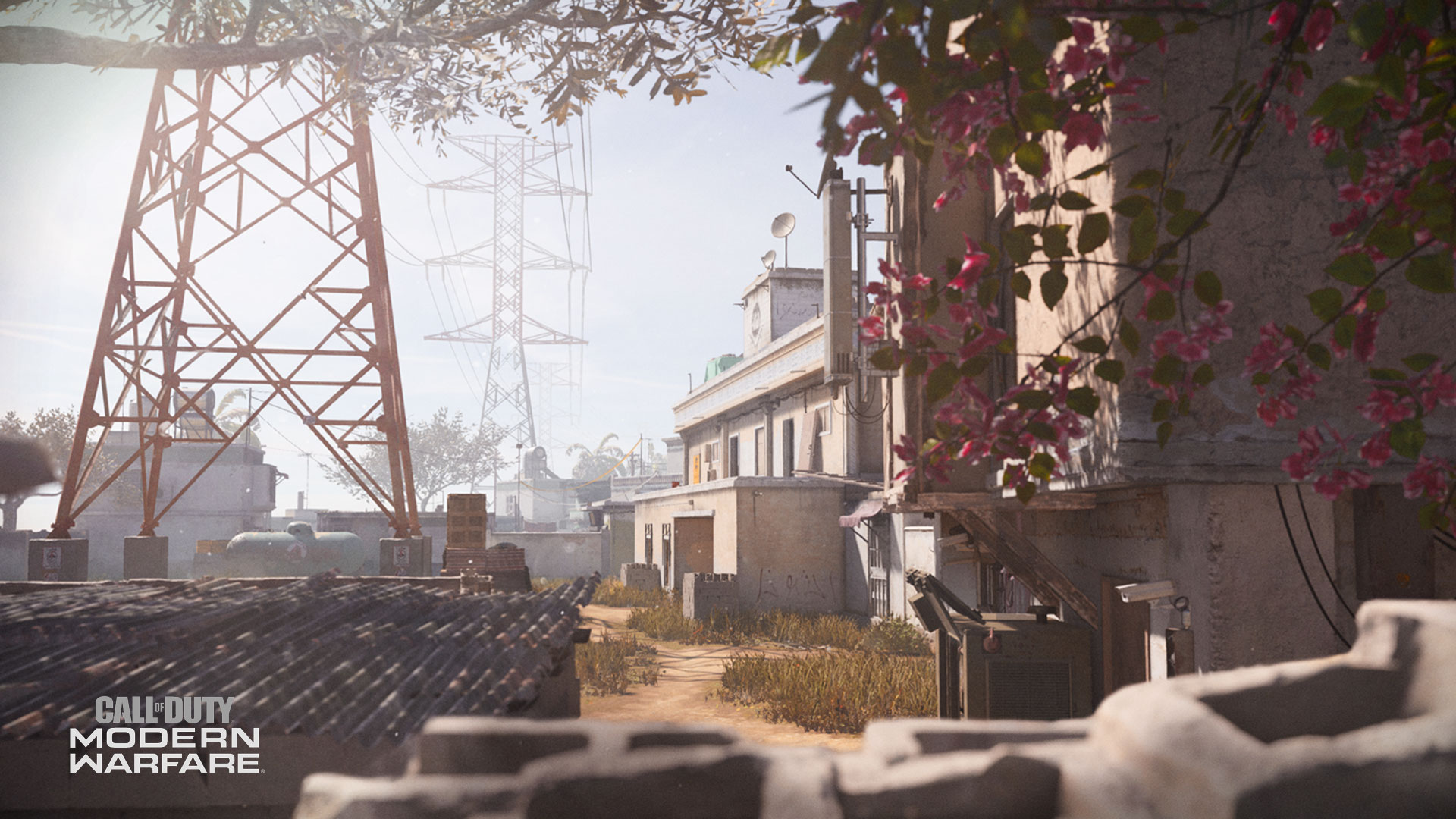 This three-lane, small-to-medium size map plays to practically every primary weapon class. With this in mind, I’ll break down my tips by class, so you can consider testing out a variety of weapons on this new battleground:

·  Assault Rifles – Check Those Flanks. Mid-range engagements can often take place in between lanes. Although the long sightlines will be tempting, be sure to watch those alleys and spaces between buildings for potential flanks.

·  Shotguns – Room Service. Move between Hideout’s various buildings – such as the Residence, Garage, or Lookout – where you have protection from snipers if you stay away from windows. These areas are snug enough for only a few Operators to be in at a time, which is great for the powerful sucker punch that a shotgun provides.

·  LMGs – Post Up and Spray. LMGs can be great area denial tools given that they output a steady stream of high damage bullets, although their recoil can be troublesome. Especially on the south lane that spans across the Field, find a wall or ledge to mount your LMG on to better control recoil while you spray down range to cover a lane.

·  Marksman Rifles – Flick and Move. Because snipers will be on lane lockdown duty, use your marksman rifle to move between lanes like a run-and-gun player, but stop to snap on a headshot as soon as you see an enemy. Play to a marksman rifle’s strengths, and you’ll make this Hideout your own. 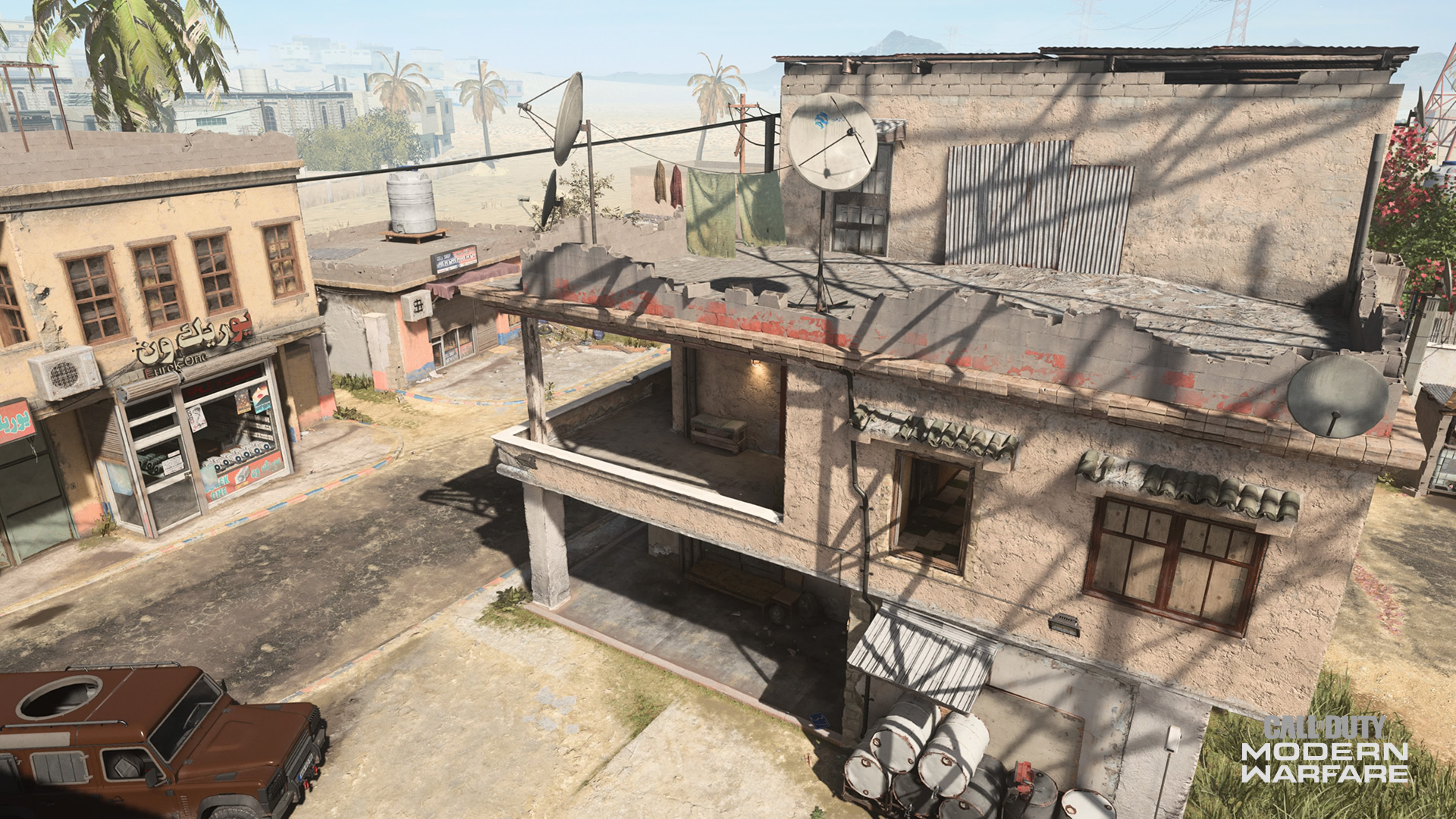 ·  Sniper Rifles – Dominate the Lanes. Whether it’s taking up position in the Lab or on either end of a lane, a sniper should take full advantage of unobstructed sightlines found on this map.

·  Riot Shield (Melee) – Prevent Defense. If you use a Riot Shield, defend your friend’s flanks that can – and will – be exposed through this map’s three-lane structure. They’ll thank you later… Although your enemies may feel differently about your shield.

My advice, as always, for ranking up quickly is to get used to playing with weapons of all shapes and sizes; you never know when one weapon class is going to be crucial for a Mission or Officer Rank Ribbon.

Plus, practice with all weapons will prepare you thoroughly for Warzone, as you never know what you’ll find in Verdansk, especially with four new weapons in the general loot pool.

Another update this week was an expansion of the Loot you’ll find on the ground and in Supply Boxes in Warzone – the 725, MK2 Carbine, .50 GS, and EBR-14. In total, a shotgun, a handgun that kicks like a mule, and two – count ‘em – two marksman rifles were added in.

Will these weapons change the meta of the game? After a few days of dropping into Solos and with my Editorial squad, I’d say these weapons definitely add variety and extra strategies to survival. Here’s what I’m doing with these new weapons, and few suggestions for playing with them: 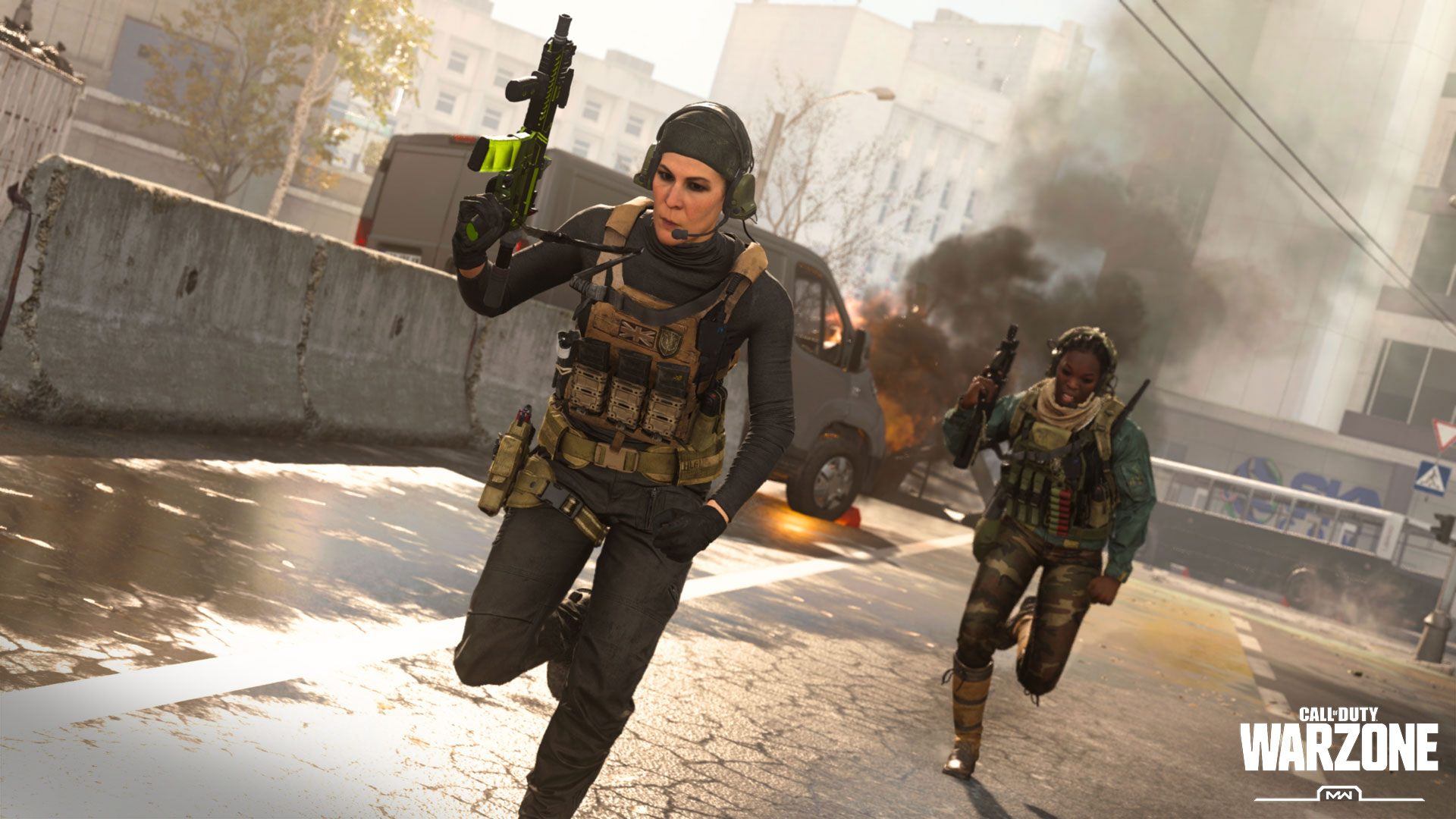 ·  Countering the 725 – Yes, the newly added shotgun is the 725, which can be a nightmare to deal with up close. If you are up against someone with this weapon, keep your distance; its range translates less effectively to the vast open world of Warzone. If you only have a few seconds to react, try to make your enemy miss those two shots, so they are forced to waste time reloading as you go in for the counter.

·  Marksman Rifles: Headshot Machines. Remember this trick with marksman rifles: aim for the head, and your enemy is as good as dead. Whether it’s either new rifle or the other quasi-sniper already in the loot pool, always go for headshots with marksman rifles.

·  Marksman Rifles: Mobile Snipers. Pound for pound, marksman rifles like the MK2 are lighter in comparison to snipers such as the HDR. If you like to be a bit more mobile while using a long-range weapon, consider swapping your sniper out for a marksman rifle… But be ready for a less-forgiving damage profile.

·  High Power Handguns: Accuracy Counts. This tip is already relevant for the .357, but is now an even more important piece of advice with the .50 GS being added to the mix. High damage sidearms are often hindered with a slow fire rate, so make every shot count by aiming for the chest up on your enemies.

·  Remember: Switching to your Pistol… … is always faster than reloading. While it may be good to roll with two primary weapons, handguns offer a fast-swap speed that could just save your life… And potentially, your squad’s chances of winning a game.

And finally, my extremely important personal Tomogunchi update on my boy Kevin…

Well… He’s gone. Today, I opened up my Tomogunchi and saw that the dragon I raised has gone on to a better life. He was happy and healthy throughout, but y’know what they say: if you love someone, let them go.

So long Kevin – and please don’t burn any countrysides, peasants, or thatched-roof cottages in your life outside of a small intractable watch.

With that said, I have to get to work on raising another pet – empty nest syndrome is definitely real over here – so I will see you online.