Expect updates across every mode, with a huge new Blackout desert location and vehicle-heavy game mode, the Outrider Specialist, new weapons, maps, and much more. 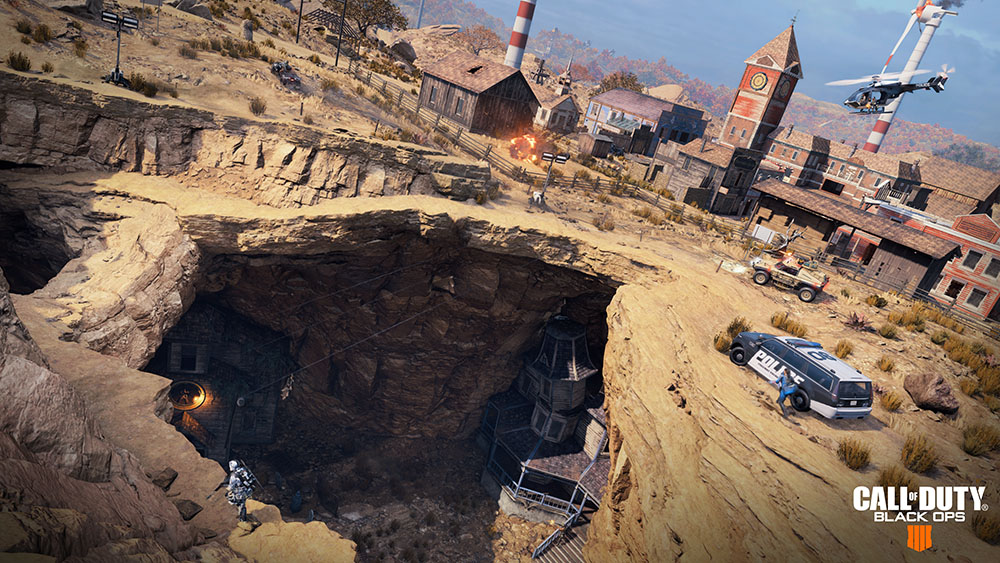 What’s Lurking Under “Ghost Town”? A new Operation means even more new Blackout content! Blackout fans can start planning a desert exploration south of Turbine to find Ghost Town, a sprawling new destination in the southeast region featuring powerful weapons and gear, as well as darker secrets hidden below the sands. Inspired by Outlaw, the rough-and-tough classic multiplayer map from Black Ops III, the surface of Ghost Town allows for flanking routes that require strategic positioning, mid- to long-range combat, and fissures in the rocky terrain leading down. Below the sands is a recreation of the chilling Zombies map Buried. Those brave enough to explore these dark and twisted caverns may find powerful weapons and gear… or a marauding Zombie infestation! 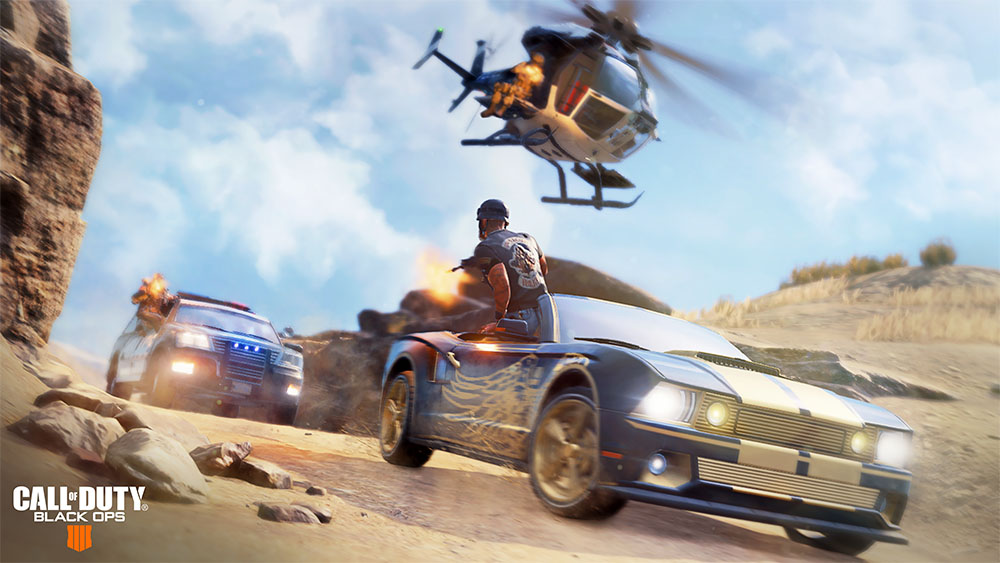 Hot Pursuit Mode (available February 22, first on PS4): This Operation features the biggest vehicle drop to date, centered around the fast and frenetic Hot Pursuit. This brand-new, Down But Not Out-style game mode in Blackout focuses on fun and frantic gameplay featuring special vehicle variants. Level 3 Armor, Trauma Kits, Cluster Grenades, Concussions, and Rocket Launchers are still in this game mode, but they’re available only inside a Supply Drop; which are dotted around the map. Get to a Supply Drop quickly to gather this critical equipment and dominate the opposing team!

Naturally, you’ll be needing fast and rugged vehicle choices to transport your ill-gotten gains; Hot Pursuit debuts three new vehicles; the SUV, PBR assault boat, and Muscle Car, the latter of which allows you to see Supply Drop locations and items (acting like the Looter perk). Just be aware these Supply Drops take up an inventory slot, can be looted, and Muscle Cars have their position tracked from any police variant vehicle (which include ATVs, SUVs, PBRs, and even a Chopper).

Additional Blackout Updates: Expect to find new weapons (detailed below) across the Blackout map; a Quick Equip Cycle tweak (items now stack); the Warzone Prestige System, allowing variants of progression characters (with 11 Prestige Ranks), and a crowd of new Blackout Characters (see below) to choose from! 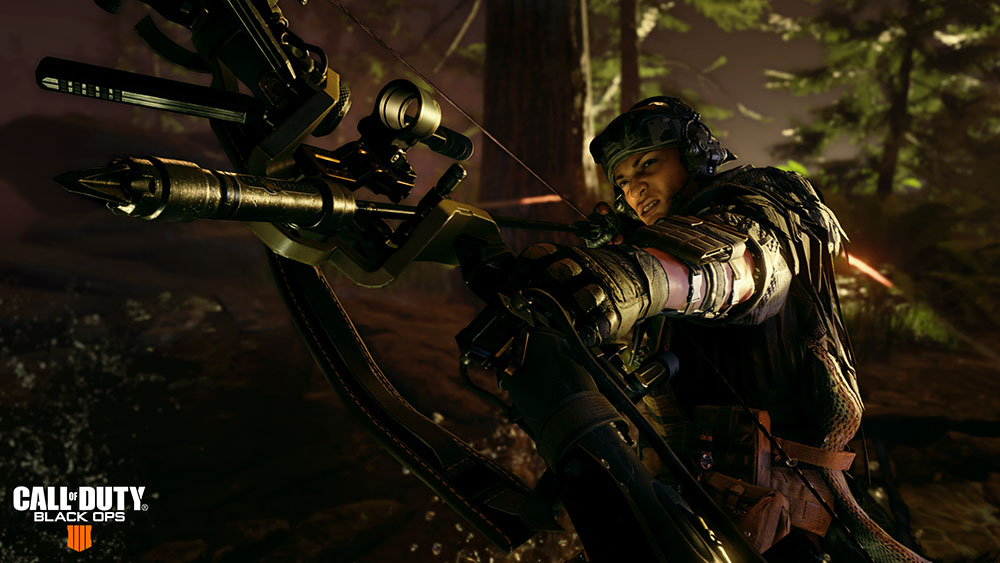 Outrider: Meet Alessandra “Les” Castillo – you may know her from Black Ops III and her call sign “Outrider.” An orphan who survived her childhood in the favelas of Rio de Janeiro by using her quick wits and sharp eye, she enrolled in the Brazilian army at 18, and her agility and observational skills quickly earned her a place in the Brazilian Special Forces. Now she stalks the battlefield as an advance scout, tracking down her prey before destroying it with lethal precision. Her weapon of choice is the “Sparrow”, a bow with explosive arrows, shot either from the hip (for faster firing) or after aiming (for further and more accurate takedowns). Her Special Issue equipment is the “Hawk”, a remote camera drone that marks the Outrider’s targets for death, allowing silent and long-range battlefield domination. 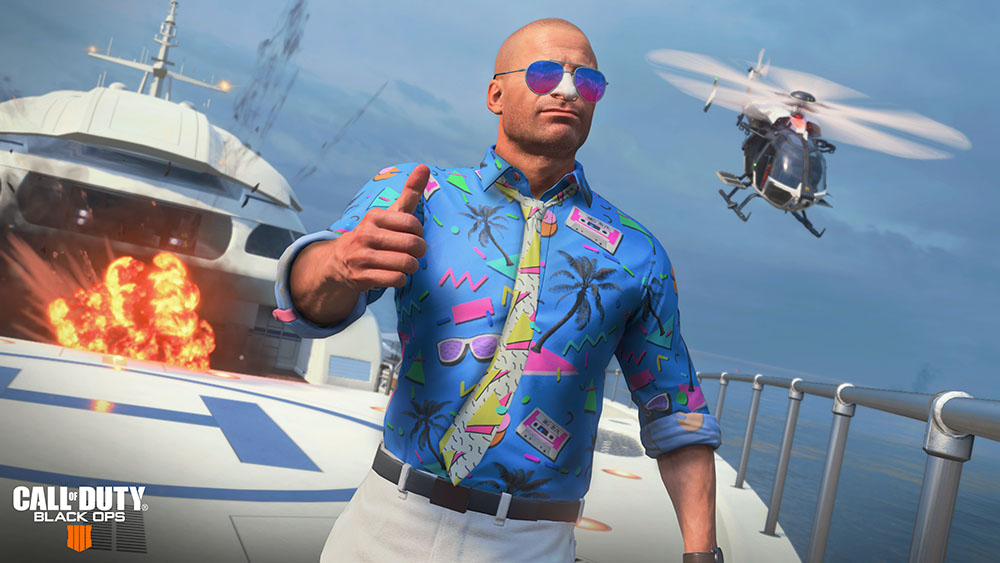 Expect improvements to the Black Market, giving you more avenues to get the content you want. There’s also a load of new Outfits, Weapons, Gestures, and Blackout Characters too. Highlights include:

Jump Pack Special Orders: New to this operation are Jump Pack Starter Packs, a bundle containing a wingsuit, deployment contrail, and parachute, as well as a unique Specialist outfit (only available with a Starter Pack). With multiple Jump Packs, you can mix and match components, adding a stylish (and tactically helpful) effect to your Blackout descent.

New Weapons and Camos: Ready to try out some brand-new hardware? Then grab yourself The Rampage Auto Shotgun, Switchblade X9 SMG, and the infamous Home Wrecker demolition hammer, with more armaments to follow!

Contraband and Camo: There’s another 100 Tiers of exceptional Contraband content to unlock for free by levelling up (with access to Outrider in both Multiplayer and Blackout at Tier 1). Also expect access to a variety of Rare and Epic Camo.

For Black Ops 4 Zombies fans, Operation Grand Heist introduces a number of new features, including a new round-based Gauntlet challenge mode for the Classified experience, as well as a new Perk called Ethereal Razor, which offers a substantial increase to a player’s melee damage, with an area-of-effect and life regeneration for each hit, and a modifier giving an insta-kill on lunge attacks.

Additionally, the Zombies experience Classified, previously only available as part of the Black Ops Pass, is available now for all players to purchase as a standalone map. After being mysteriously teleported into The Pentagon, join the “Ultimis” cast of characters – Nikolai Belinski, "Tank" Dempsey, Takeo Masaki, and Edward Richtofen – in a chilling survival experience. Fraught investigations and undead slaughtering await….

One in the Chamber: Make every shot count in this intense new eight-player Free-For-All variant! You’re armed with only a combat knife and an Annihilator; and your hand-cannon comes with just one bullet in the chamber: Gain more bullets (up to a maximum of three) each time you dispatch a foe. Players have three lives, and the last one standing wins.

World League Hub: Launching on February 21 is a new menu hub for the CWL allowing for easy access to League Play and Leaderboards. Find out more about League Play with updates over at the Treyarch blog here.

As well as all the Operation Grand Heist free content, Black Ops Pass Content owners on PS4 (with other platforms to follow) have access to their second content drop; two new Multiplayer maps, and a new Blackout Character. In addition, a new Zombies experience is coming to players in March (more information to come!). 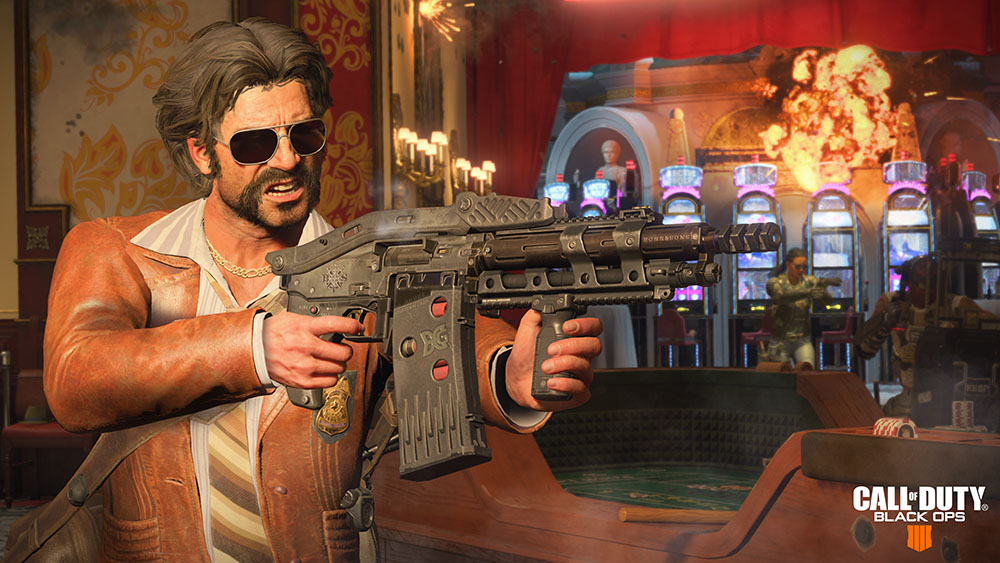 New Multiplayer Map, Casino: Wreak havoc across a luxurious Monaco casino, the site of an elaborate robbery gone wrong, where elite thieves planned on stealing a display of high-performance racecars. Engage enemies throughout this grand and ornate structure with the majority of the action across the wide-open casino floor: Take cover behind upturned tables, dodge through buzzing slot machines, and hold down the central bar area. But keep your wits about you; the casino floor of this medium-sized map allows for mid- to long-range combat with little protection from enemies. 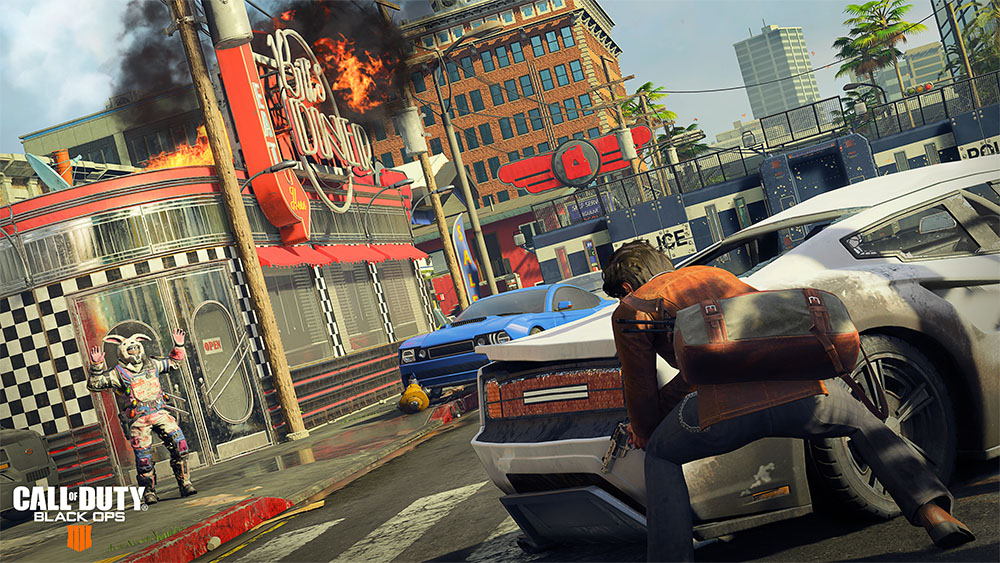 New Multiplayer Map, Lockup: Expect fast and ferocious combat across a southern California police station, currently under an active assault to destroy evidence that leads to the headquarters of an organized crime syndicate. Execute a variety of tactical maneuvers from all angles; battle vertically as you lock the rooftops down, utilizing the advantages of any elevated starting positions. Then bail out and descend down to the ground once you’re surrounded, using stealth and operational door controls to shut down areas and gain the upper hand. 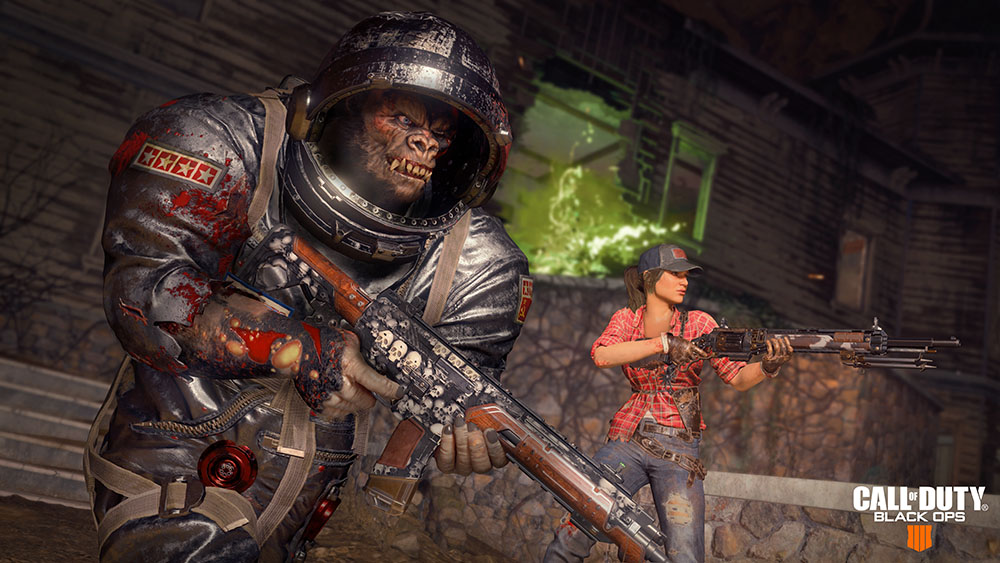 New Blackout Character, Cosmic Silverback: Shot into space by the Soviets in 1962, returning to earth as a final boss in Dead Ops Arcade, this killer gorilla is part zombie, part cosmonaut, and all intimidation: Drop into Blackout with this exclusive character and fan-favorite, Cosmic Silverback!

This overview sets the stage for Operation Grand Heist. For expanded information, check out the Treyarch blog here, and keep up with Treyarch’s patch notes on Reddit.

*Black Ops Pass (BOP) content is not final, is subject to change, and may not include all downloadable content available for the game. BOP content may not be available in all countries, and pricing and release dates may vary by platform. BOP content should be downloaded from the in-game store only; do not purchase separately, or you will be charged again. BOP content may be sold separately.