Blackout Spotlight: Speed into a Hot Pursuit in Call of Duty: Black Ops 4

Cops or robbers? No matter what side you’re on, fight to be the last team alive in this limited time Blackout mode.

Now available on all platforms, this game mode pits you and up to three friendly players against dozens of other teams in a fast-paced, high stakes game of survival. Here, the Collapse moves fast, teammates can respawn in, loot is far more plentiful than usual, and powerful vehicles, such as the Muscle Car and Police SUV, are key to claiming victory and scattered throughout the map.

Here’s what you can expect in Hot Pursuit:

Cops: The Long Arm of the Law

While traversing across the map in Hot Pursuit, some of the vehicles you may come across are outfitted with gadgets intended for police use. These police variant vehicles range from the new SUV and PBR patrol boat to police choppers and ATVs, with each vehicle containing the same two gadgets that provide an excellent amount of intel.

Hopping in a police vehicle immediately activates a circular radar around it, acting like a Sensor Dart as it pings nearby enemies when your sirens are on. Having this intel is absolutely beneficial in Blackout, especially when driving through high-traffic areas, such as Firing Range.

The police helicopter is a particularly exceptional reconnaissance tool compared to the others. With its recon ability, a team can have a pilot pointing out fleeing forces in the chopper high above ground, a sniper riding shotgun to pick them off, and two more players on the ground to perform cleanup and apprehension duties.

The second gadget is a tracker highlighting every active Muscle Car. While behind the wheel of a police vehicle, a beam of light shoots up from a marked car whenever an enemy is driving it. This can clue you into overall player movements on the map, which is helpful as the Collapse rolls in.

Although the power of police vehicles is great, they do have a drawback. Combined with the loud hum of engines, their sirens and flashing lights paint a huge target onto you and your team, so use your sirens sparingly to avoid getting spotted, or be prepared to be in constant combat.

Robbers: Muscling in on Supply Stashes

The other new type of vehicle in Hot Pursuit is the Muscle Car, a marked car that can point out the locations of valuable Supply Stashes.

While in a Muscle Car, green beacons of light shoot up high into the sky as indicators to these stashes, which can contain anything from Trauma Kits and Level 3 Armor to powerful weapons with a full suite of attachments. Keep in mind that everyone in the game can open up and access these Stashes if they are found, but Muscle Cars give you a head start on the hunt for some elite gear, and that’s enough to make it a powerful tool in Hot Pursuit.

As Muscle Cars are marked cars, anyone in a police vehicle can see a red glowing beacon emanating from the car. This further adds to the vehicle’s risk/reward value: bringing you closer to Supply Stashes is a massive benefit, but it also alerts all enemies in police vehicles to your location. This also leaves out the fact that Supply Stash areas are hotbeds for firefights, as everyone wants a piece of some of Blackout’s best loot.

Like police vehicles, use Muscle Cars sparingly to get across the map and plan movements to and from Supply Stashes. While not as much of a hassle due to a lack of siren, the sitrep abilities that come attached with police vehicles turn Muscle Cars into dangerous (but valuable) assets to winning games. 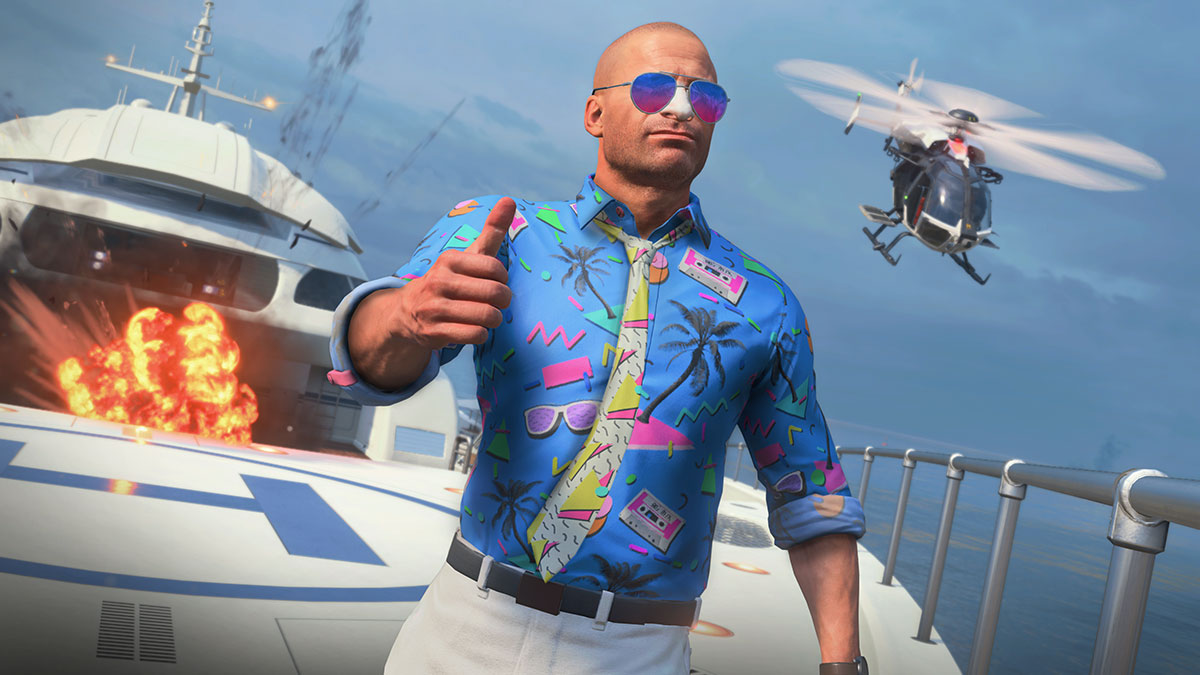 The Getaway (From the Collapse)

Once you drop in, get ready to pull up the map and look for the first safe area, as unlike a traditional Blackout game, the Collapse in Hot Pursuit moves faster and comes in fewer waves.

Furthermore, the endgame does not have a particularly small circle, but rather a larger Collapse on a single point. This means it’s better to be aggressive than to just be “waiting it out” for a victory, as this will only result in an embarrassing loss via the Collapse. The more dynamic Collapse in Hot Pursuit encourages a fast pace of play, which is great for those looking to dive into an action-packed game of Blackout.

Calling in for Backup

Down, but not out! Along with a more aggressive Collapse, respawns are enabled for this limited-time game mode.

Until the final Collapse stage, a team with at least one surviving member can respawn all dead teammates who subsequently drop in from the sky while the Collapse rolls in. Teammates will drop back in with an MX9 and some Armor when they land in this mode, so all is not lost if you’re looking to get revenge on the crew who took you out.

Of course, having every player alive throughout a game of Hot Pursuit is crucial for survival, but if you find yourself being the last person standing early in a game, find a place to heal and take cover as soon as possible. By staying alive while shorthanded and waiting for the start of a Collapse stage, you’ll effectively negate those deaths and bring your teammates back for a potential power play.

Above all else, the most important tip we have for Hot Pursuit is to have fun! This game mode is all about frenetic action and powerful vehicles, so get ready to put some pedal to the metal, engage in some smash-and-grab tactics to rack up powerful loot, and call in the full Quad to bring the best out of this wild take on the Blackout experience.