Prepare yourself for a deluge of Black Ops 4 content, starting tomorrow.

Featuring an assassin (and fan-favorite) Specialist, new Multiplayer maps, and the Wetworks Map Update following a flood on the original Blackout map, Operation Spectre Rising brings an exciting variety of updates across all game modes and playlists, along with weapons and hundreds of new items*.

The latest season of content for Call of Duty: Black Ops 4 has arrived! This time around, the assassin Spectre returns, with a revamped Special Issue Weapon designed to emphasize the assassin’s stealth capabilities. Wield Spectre’s Shadow Blade and strike fear into your opponents.

Plus, put your stealth and deception skills to the test as the classic Call of Duty game mode Prop Hunt returns, making its debut in Black Ops 4!

After the catastrophic rupture of the Dam in the main Blackout map, areas of the landscape have changed, challenging survivors to adapt their movement and tactics to the flooded terrain. Plus, discover new updates for Alcatraz, find equipment, try new game modes, and more! And, Zombies fans… gather your crew – there’s an all new Gauntlet to master. 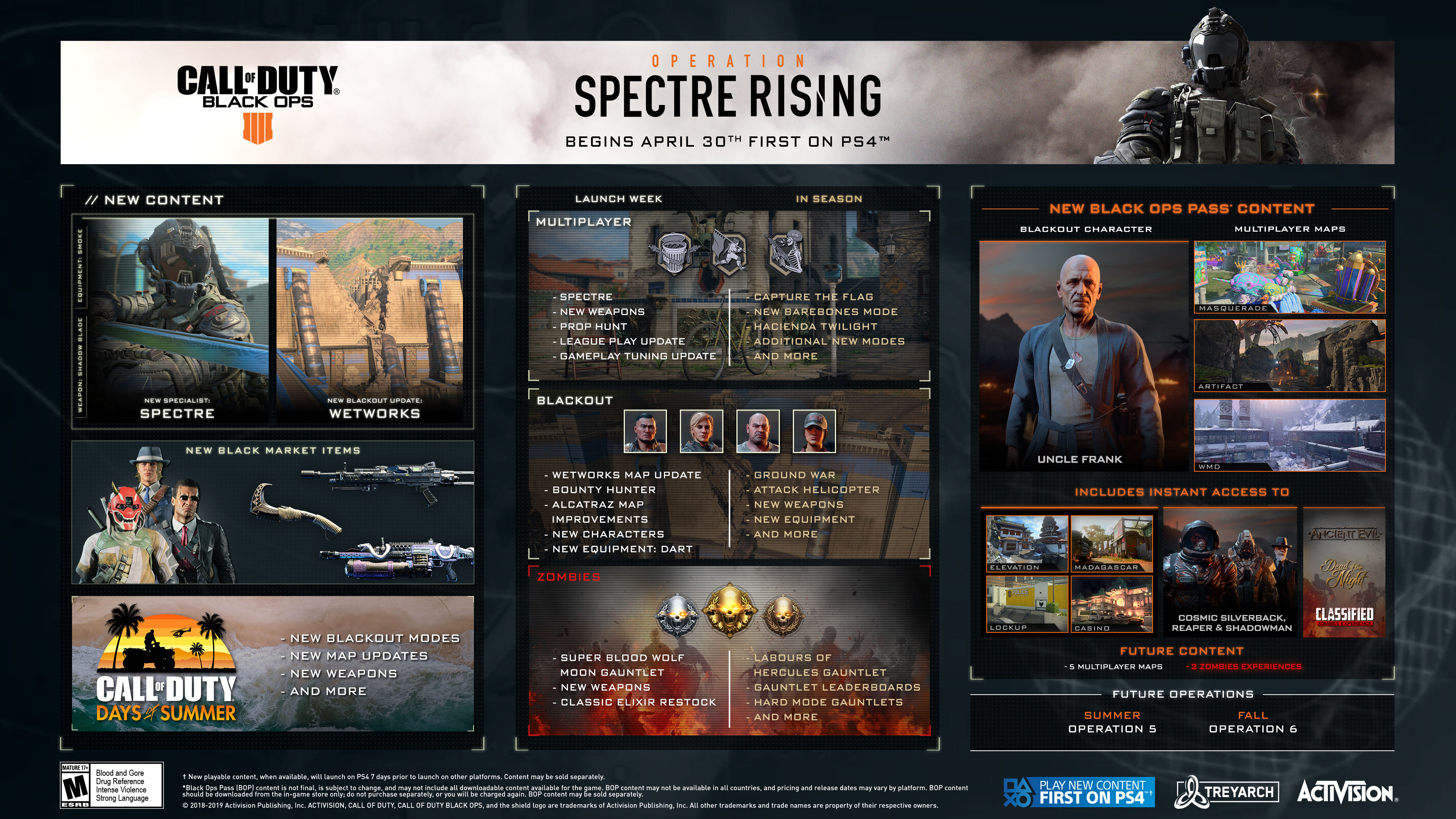 Operation Spectre Rising releases first on PlayStation 4 on April 30, with all other platforms to follow. For a more detailed look, check the Roadmap (above), watch Treyarch’s Livestream today, visit the Treyarch blog, and check back here tomorrow!