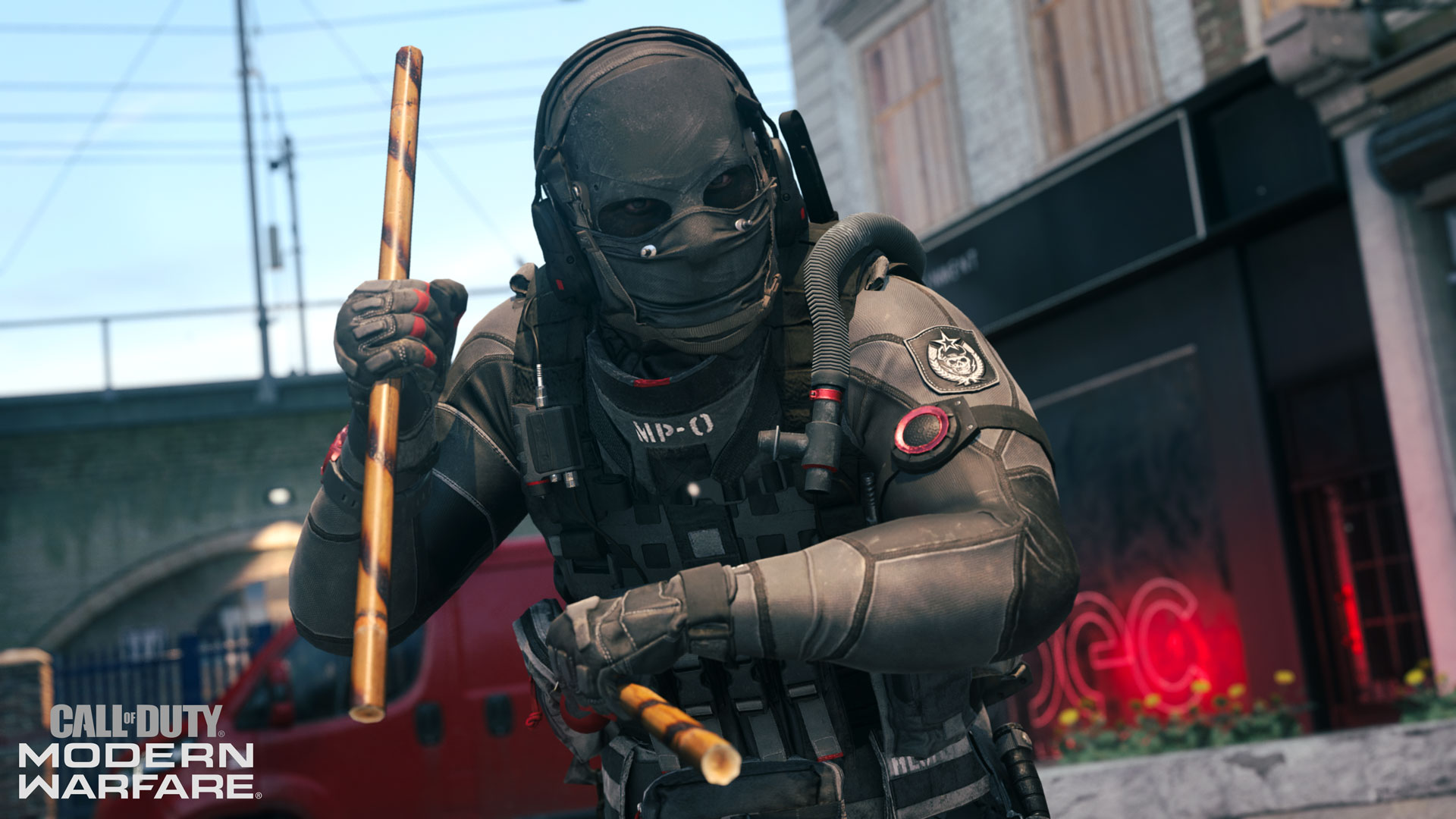 Season Four brought a new melee weapon into the fray across Multiplayer, Co-Op, and Warzone.

Free for everyone who completes the challenge, the Kali Sticks are going to break some bones more than words can ever hurt your opponents. Here’s its in-game description:

And here’s how you unlock the Kali Sticks:

Using the Knife, get 3 Kills while sliding in 15 different matches.

While it will take some practice, time, and maybe some guidance, earning the Kali Sticks could only take you a few in-game hours of playtime. 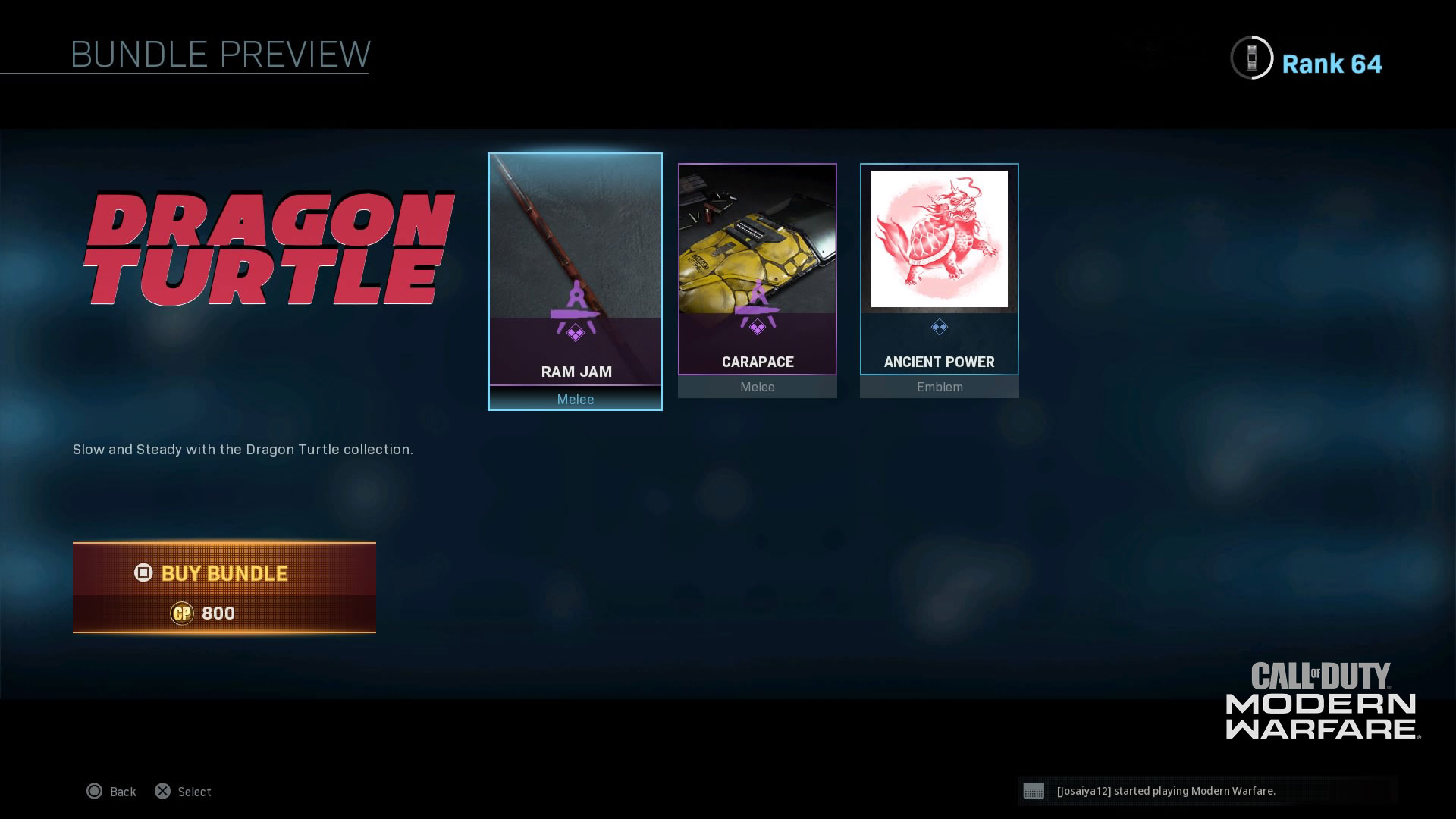 An Alternate Way to Unlock the Kali Sticks

Before we give our tips for unlocking these dual batons of doom, there is another way to unlock the Kali Sticks outside of the challenge.

With the release of Season Four came the ‘Dragon Turtle’ Store bundle. This bundle has only three items, and one of them is a blueprint of the Kali Sticks known as the Ram Jam. These red-painted sticks are functionally similar to the normal Kali Sticks, but allow you to try them out before unlocking them fully through the challenge.

On top of the Ram Jam, you get a cool turtle-shell looking Riot Shield blueprint – ‘Carapace’ – and a pretty cool emblem to show off in public lobbies.

So, if you just can’t wait to play with the Kali Sticks, consider picking up the ‘Dragon Turtle’ bundle in the Store. Alternatively, if you’d rather earn this weapon through the in-game challenge – which is the only way to level the weapon up and unlock its Camo Challenges – don’t worry; we have some tips to make this easier for you: 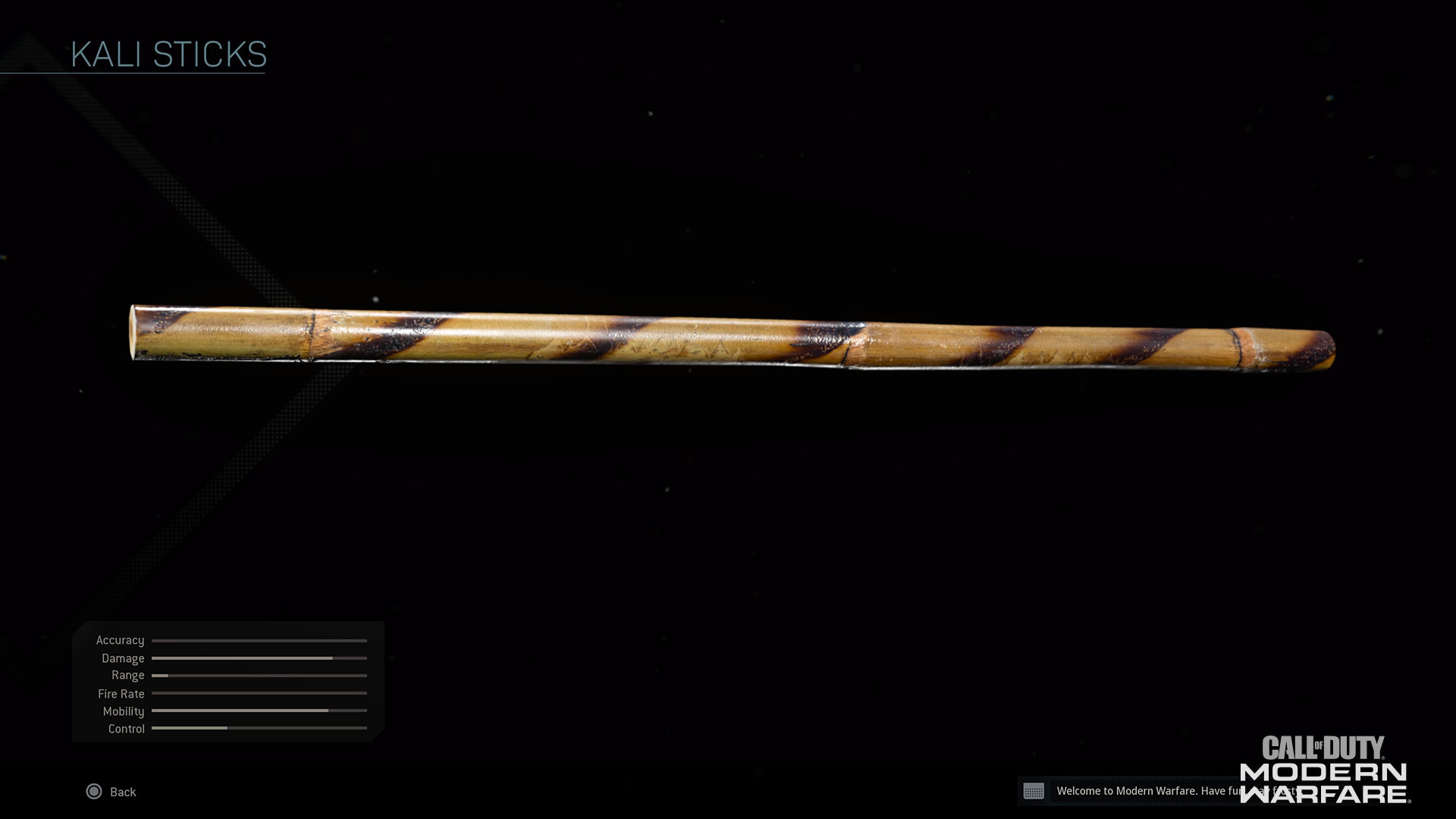 5. Wood You Mind Making a Melee Loadout? You’ll need to use a loadout with a Combat Knife, but ideally, you should build around a melee playstyle. Here’s a recommended loadout we have for that, keeping in mind you should use a loadout that’s to your personal preference:

Perk 2: Ghost (Hides death markers of enemies you kill and keeps you off radars)

Perk 3: Tracker (Hunt down enemies via their footsteps)

Tactical Equipment: Any (go with your comfort level – want more Tactical Sprint? Use Stim. Want to disorient your opponents? Try a Flash or Stun Grenade. Etc.)

4. Stick and Slide. To slide, perform a crouch command while sprinting or tactical sprinting. Ideally, you’ll want to slide as close to your target as possible, then melee them to tally one up towards this challenge. Do that three times in a match, over 15 games, and the Kali Sticks are yours.

3. Kali-mity Equals Opportunity. Often, enemies who have tunnel vision – read: are scoped in with a high-powered optic – on their engagement, or who are in the middle of a firefight, are prime melee targets. Try getting behind enemy lines in the middle of a sniper duel and slide your way to some sitting ducks.

2. Stick to Multi-Life Multiplayer Warzone Modes. The more opportunities you have to get three sliding melee kills, the better. Besides playing respawn-heavy Multiplayer and Warzone modes, try ones with long potential durations – i.e. Warzone Rumble or Demolition – to maximize potential.

1. Be Like Oak: Bend, Don’t Break. Fifteen sliding melee kill triplets seems daunting at first, but be patient and creative! Maybe do your camo or mastery challenges for your Combat Knife while attempting this, or throw your opponents off by switching to a long-range loadout after getting those slides in.

Because the Kali Sticks are functionally like a Combat Knife, our tips for completing this challenge apply for being a master on the sticks WITH the sticks. Just be aware that these sticks have a slightly longer lunge at the cost of a few more milliseconds of time to deal that lethal blow, as your Operator needs to strike with the fury of both sticks to neutralize an enemy.