Pre-order the exclusive Captain Price McFarlane Toys™ Collectible figure, the first in the upcoming McFarlane Call of Duty® line, today to guarantee your piece of Call of Duty memorabilia.

Pre-order the exclusive Captain Price McFarlane Toys™ Collectible figure, the first in the upcoming McFarlane Call of Duty® line, today to guarantee your piece of Call of Duty memorabilia.

Captain John Price is coming home. Specifically, to your house, with his very own McFarlane Toys Collectibles figure.

Kicking off the new official Call of Duty line of collectibles, available in partnership with legendary model figurine maker, this Captain Price figure is available for pre-order at a retailer near you!

Standing seven inches tall, this model of the British Special Forces soldier is outfitted with gear that is reminiscent of his appearance in the original Modern Warfare trilogy.

That includes his trademark boonie hat, complete with his hands-free radio headset he uses to communicate with his brothers in arms during his missions. From all of that and his grizzled beard all the way down to his standard issue tactical vest and combat boots, this figure is modeled from in-game scans of the game that will be released this October. 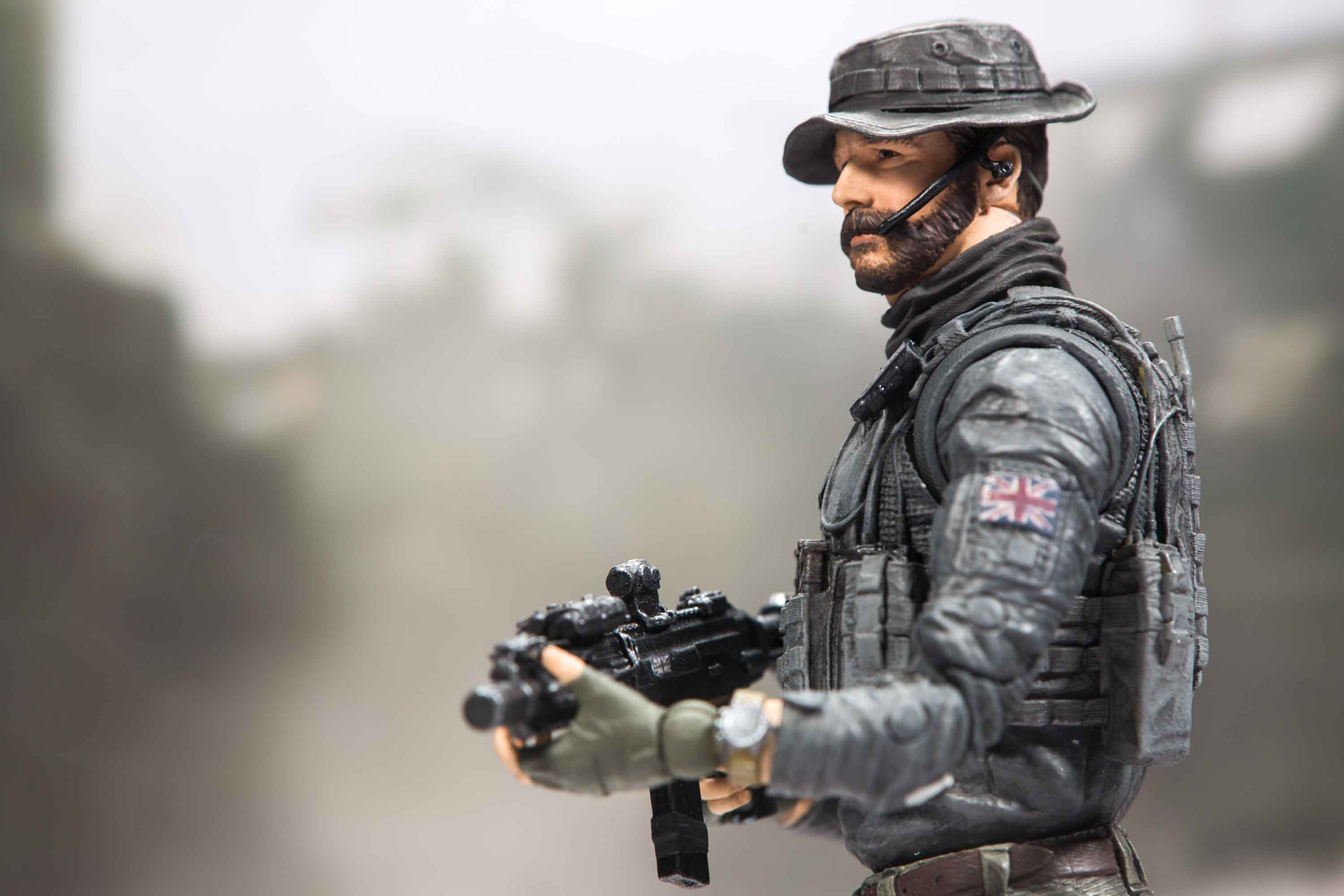 Within his Call of Duty-themed window packaging, Captain Price also comes equipped with an in-game accurate assault rifle that he uses during the campaign, as well as a stand for placement on watch over the rest of your collectibles. And with 22 individual moving parts for ultra-articulation, this model of the iconic hero can be articulated in a variety of different ways to show his combat readiness.

Furthermore, each Captain Price figure includes in-game content for Call of Duty: Modern Warfare to be announced at a later date.

Pre-orders for the official Captain Price McFarlane Collectibles figure are live now on the official McFarlane Toys Collectibles website at a Manufacturer's Suggested Retail Price of $21.99. Secure your figure of Captain Price today before his deployment in October and bring the man who helped define an entire gaming franchise home to a place atop your collectables shelf!