Call of Duty® Mobile in Depth: The Classes of Battle Royale

Before you even step foot onto the Battle Royale map, you’ll have to decide between six classes. Read up on what they are and see which of them fits your playstyle.

Call of Duty Mobile gives players the choice of six unique classes to use in Battle Royale.

Which one is right for you? Ultimately, that’s for you to decide, but we do have some tips and tricks for all classes that can be used.

Regardless of what you choose, any class is always a good choice for Battle Royale. But for those looking to up their game, or find a go-to class for this game mode, read on and study up on the Clown, Defender, Mechanic, Medic, Ninja, and Scout: 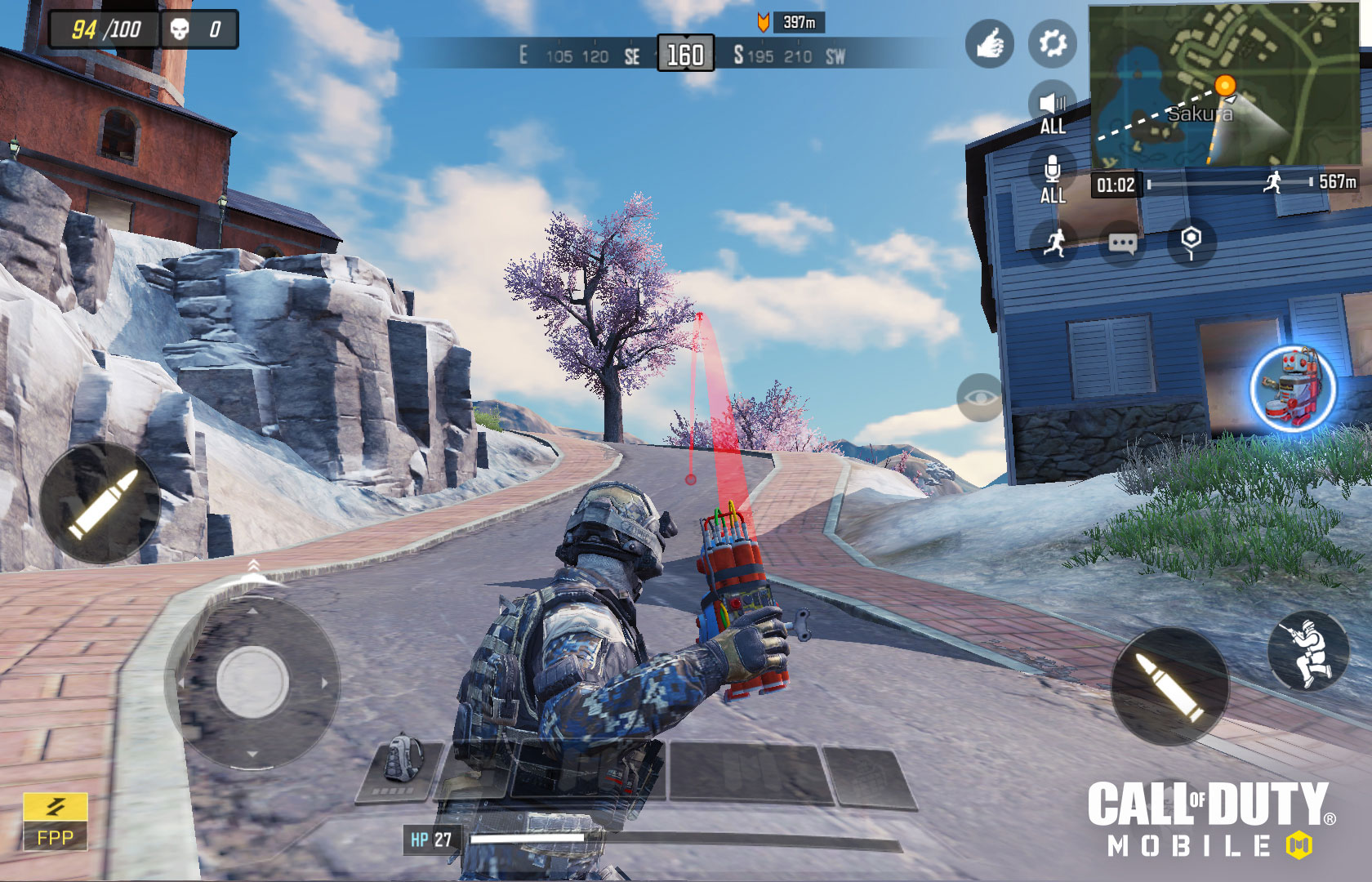 By name alone, The Clown doesn’t seem like a harbinger of war. But if you look deeper at its loadout — the Toy Robot and the Anti-Zombie ability — this class is no laughing matter.

In Battle Royale, you not only have to worry about the living, but also the undead. Anti-Zombie deals with the latter by reducing zombie aggression distance. Think of this perk as Dead Silence against the Dead: when traversing the map, zombies won’t notice your footsteps until you get close enough to deal with them.

As for the Toy Robot, it attracts Zombies like moth to a flame. However, instead of tearing them to shreds like a Monkey Bomb, the Toy Robot brings these zombies as allies who attack any hostiles near the toy.

There is a case for using the Toy Robot at any point in battle where an enemy may be near. However, it’s worth utilizing toward the end of a game, due to the limited safe area where your foes can hide from the undead. But it can be used whenever you wish; just toss it around, and they will have to deal with a mini horde while trying to fight you and any other combatants.

Bear in mind, also, that Clowns will slightly counter each other; Anti-Zombie also affects Toy Robot zombies, so if you run far away enough, you’ll escape the horde-on-command… for now.

Overall, while not the most conventional soldier, The Clown is still a killer choice when it comes time to fight in a Battle Royale. 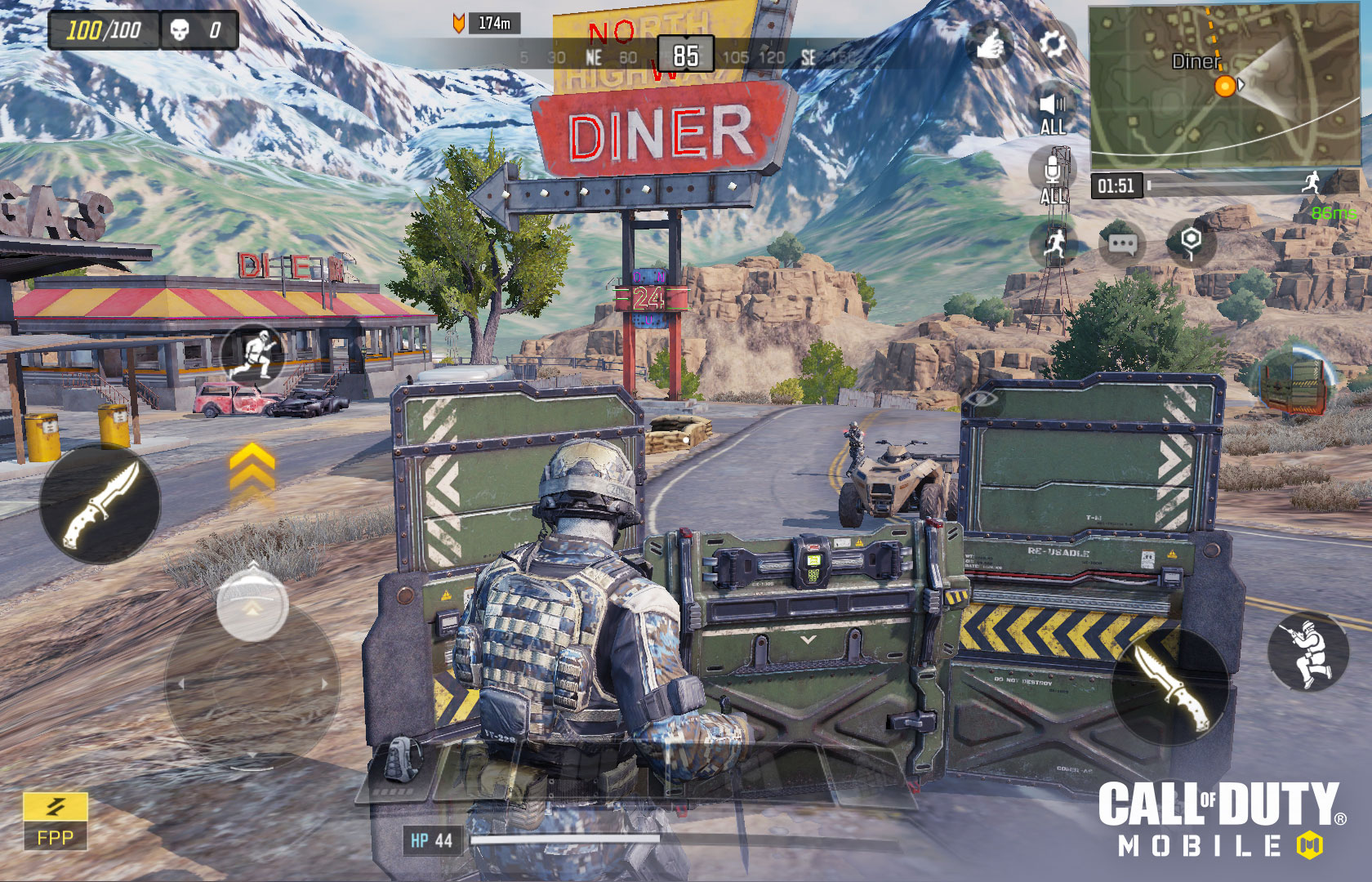 For the Defender, the best offense is a great defense through the Transform Shield and Reinforced Ability.

The cornerstone of The Defender’s loadout is the Transform Shield, a portable barrier that blocks bullets.

Consider this as a piece of cover in unconventional places. Whether you need a bit more protection while hiding behind a ledge, or a place to hide in the middle of a street or a wide-open field, the Transform Shield is meant to protect you from enemies charging at you with a ballistics barrage.

Furthermore, use this Shield wisely, but not sparingly; thankfully, you’ll be able to deploy this shield multiple times in a match. Don’t be afraid to use it in a pinch should the need arise for it. It’s better to use it often and stay alive than… the alternative.

The Defender’s ability – Reinforced – helps you further become a quasi-juggernaut in the lobby by increasing resistance to all non-ballistic damage to you. In other words, explosions from Frag grenades and swipes from zombies will deal slightly less damage to Defenders.

This is useful at all times during battle, but you may especially find use at the end of a Battle Royale when all remaining soldiers have nothing to lose. When explosives — and maybe even zombies — are flying in from left and right with little safe area to move around in, you’ll be grateful for having this ability. 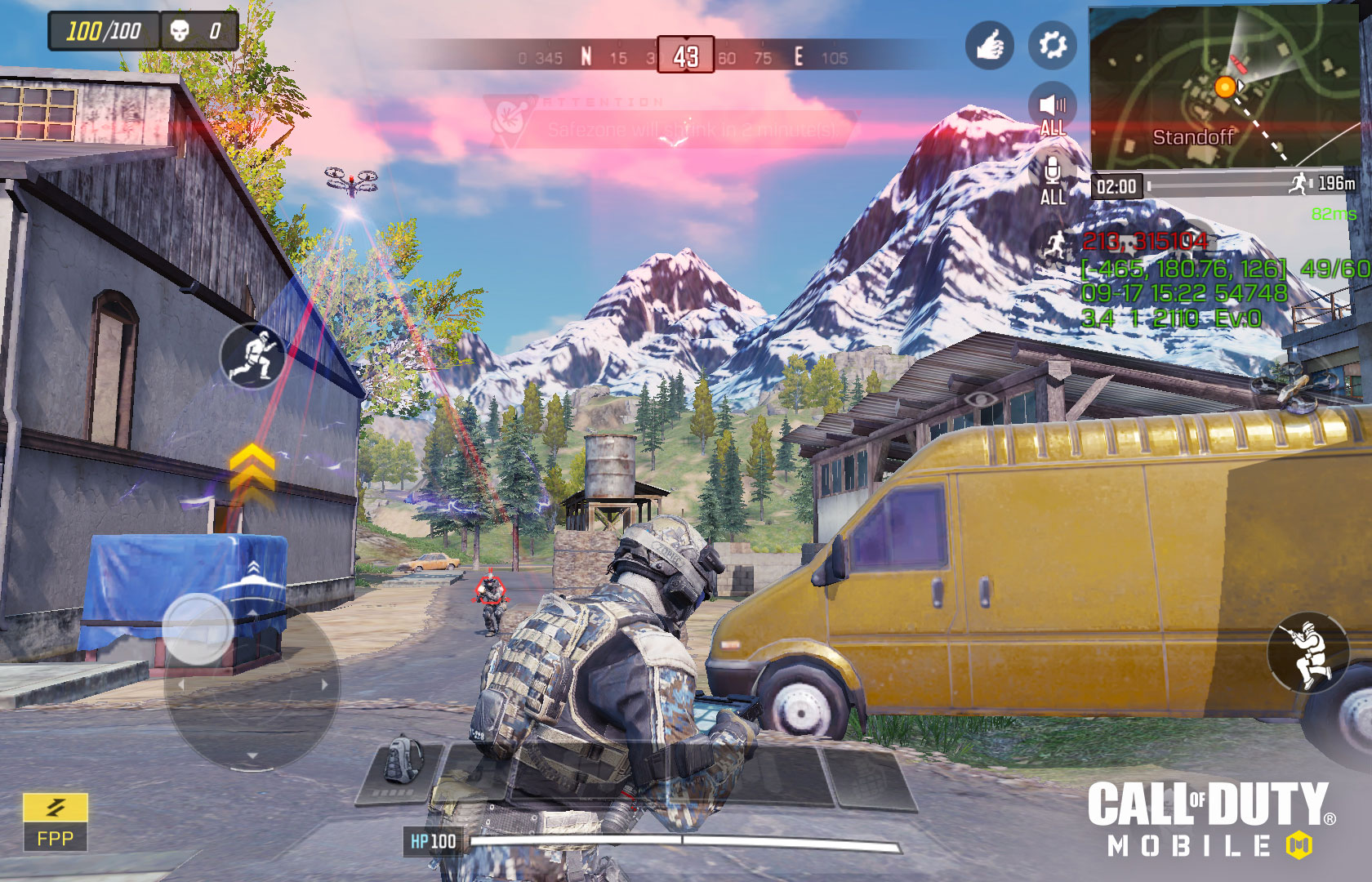 This ain’t no fixer-upper; the Mechanic is a war machine built on manipulating technology to gain an advantage.

The Mechanic has the EMP Drone at the ready for situations where disabling enemy tech is needed. This Drone shoots out an Electro-Magnetic Pulse — that’s what EMP stands for — that interferes with enemy equipment and other technology.

Using the EMP Drone, like other pieces of equipment, relies on some creativity and placement. The Drone is a fragile machine, meaning that a well-thrown explosive or a few bullets can knock it out of the sky. Avoid this by placing it within the action, but either tucked away in corners, behind cover, or high in the air to where an average soldier won’t notice.

Furthermore, the Mechanic isn’t just a Mechanic, this class is also an Engineer with an ability to match. This ability augments your sight to where vehicles, hostile traps, and other equipment are highlighted in infrared light, even through walls and ceilings.

Because of this ability, the Mechanic could play a vital role in battle tactics and map navigation. Being able to spot an idle helicopter, or a speeding ATV whizzing by, or even a Trophy System can help add information to the split-second decision-making process in Battle Royale.

In other words, it never hurts to consider a Mechanic in this game mode, especially if you plan to use a lot of vehicles or want to counter tech-reliant foes. 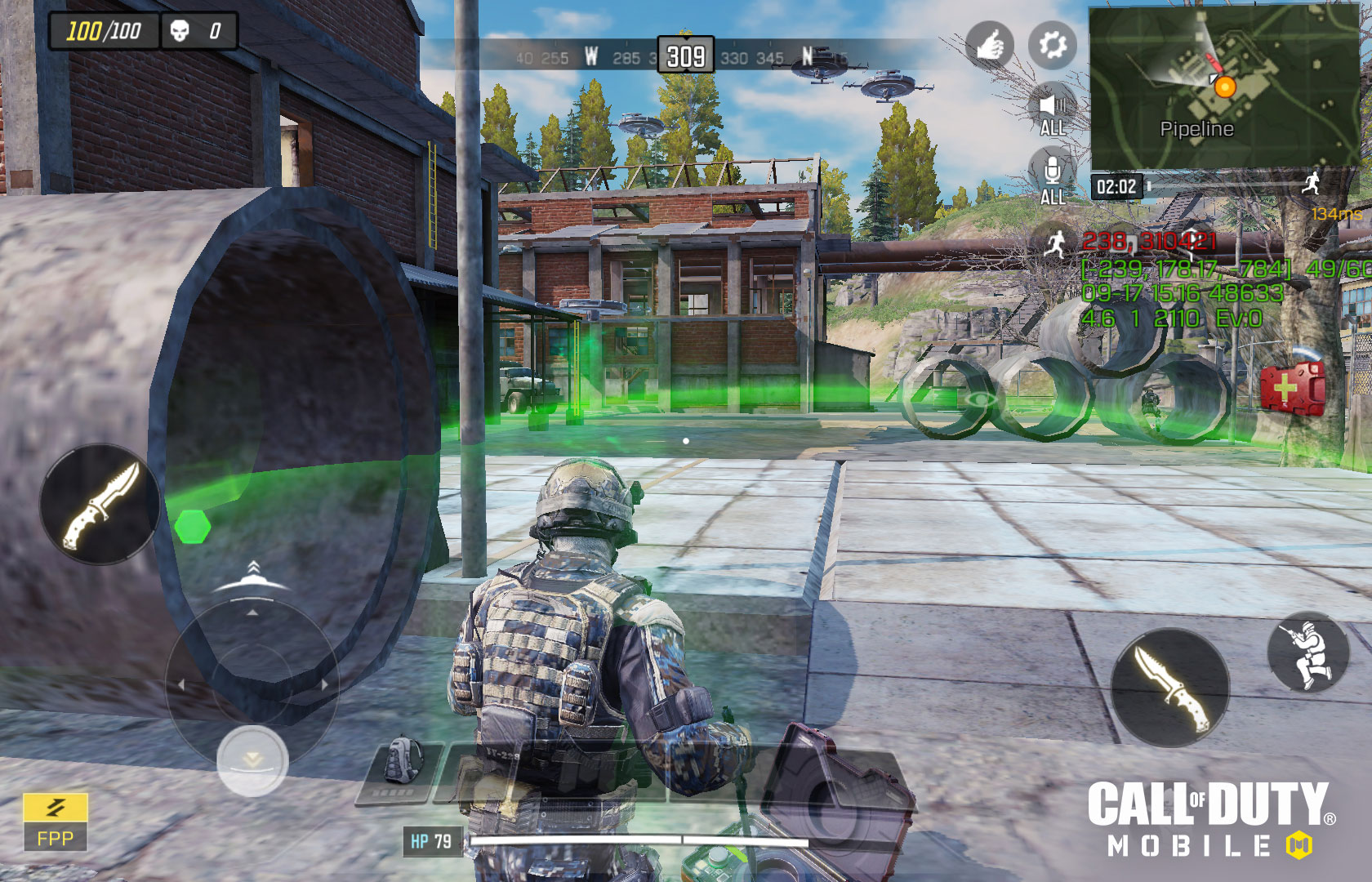 A team player by design, the Medic is based around the healing mechanic in Battle Royale.

The Medic’s ability — Master Healer — allows the Medic to use healing items at a faster rate, as well as accelerates the revival process on downed teammates. In the thick of battle, every second matters, and this ability reduces time on two key elements of playing, and winning, this game mode in Call of Duty: Mobile.

On top of that ability, the Medic has access to the Medical Station. This equipment is a mobile machine that you place on the field of battle, and it spreads healing to yourself and all allies in a blue circle.

This may be useful immediately after a battle as most likely, you’ll get a couple of scrapes after a good tussle. Dropping this while looting the area might be a good idea, as the whole team can decide which weapons and equipment to loot while soaking in all those lost hit points.

The second is during combat at long distances. In a sniper battle, having a healing circle right underneath your party while behind cover could be useful.

Because of the Medic’s strengths, if you choose this class, it may be wise to take a more tactical, less aggressive role in team-based games.

Furthermore, while this class is be everyone’s favorite teammate in a class, the Medic also excels in Solo games too, due to the Healing Circle and quicker healing speeds affecting yourself just as much as your friends. 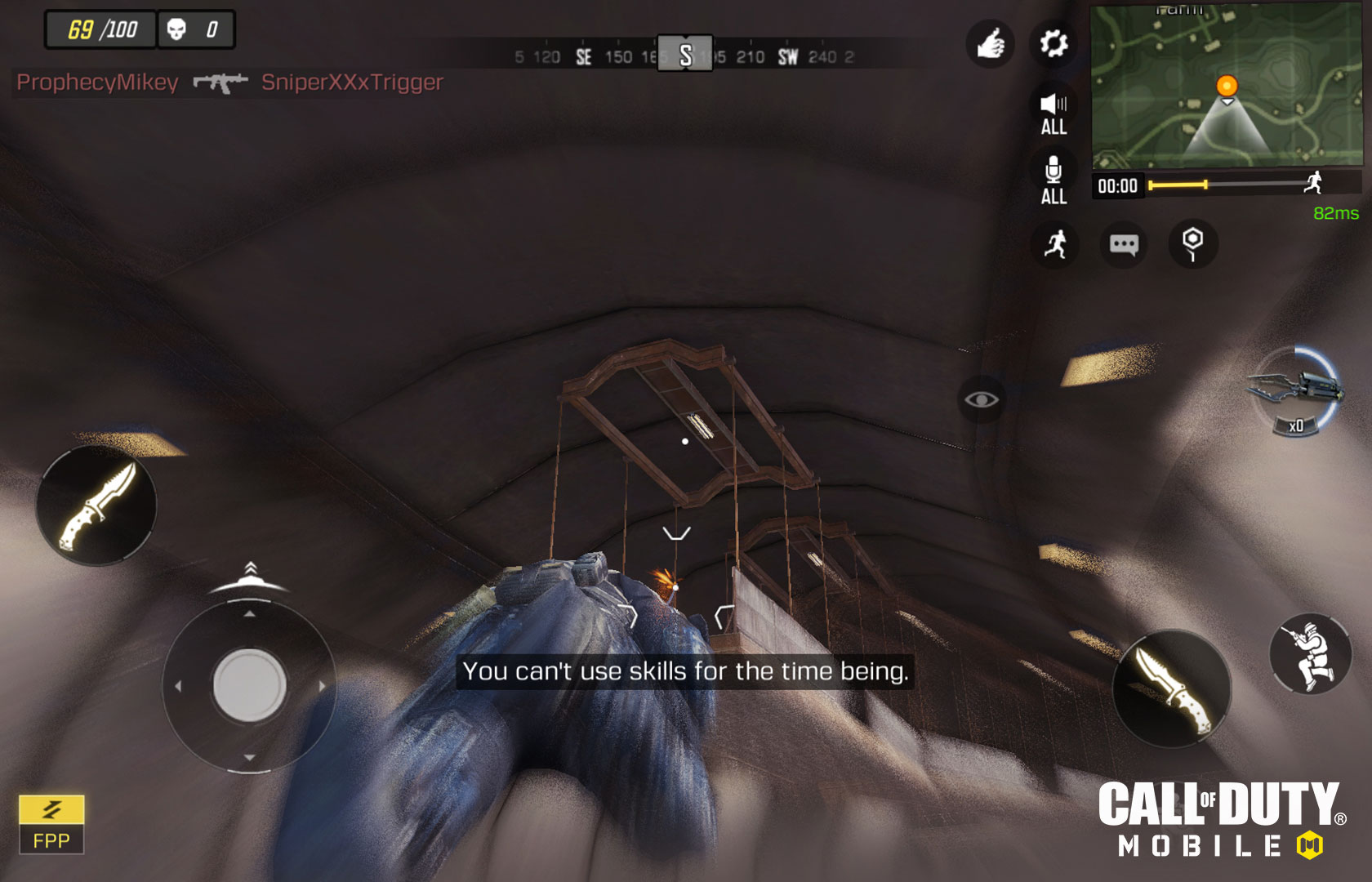 As swift as wind, as gentle as forest, as fierce as fire, as unshakable as mountain… this is the Ninja, a class that uses the Dead Silence ability and the Grappling Hook to become the soldier based around silence and speed.

First, Dead Silence hushes movement on the ground. Against those that rely on in-game sound for knowing where to find a fight, Dead Silence is a disruptor to their gameplan.

Then there is the Grappling Hook, the catalyst for unconventional personal movement. There is no wrong way to use this hook so long as it is away from your current location.

In a pinch and need to get to high ground? Use it on a building or rock face and mantle up to what could be a safer space.

How about getting away from the collapse? At maximum distance, fire it at a tree, rock, or even the ground towards the direction of safety.

Combined with Dead Silence, the Ninja’s strengths lie when traveling by foot. However, it’s still great to use a vehicle to traverse the map when the safe area or place of interest is more than a few yards away. And that may even help with some stealth; drive in, get out on foot, and get the drop on enemies — especially if you can find, loot, and equip a Suppressor in the wild — to make them wish they were miles away from your stealth attack. 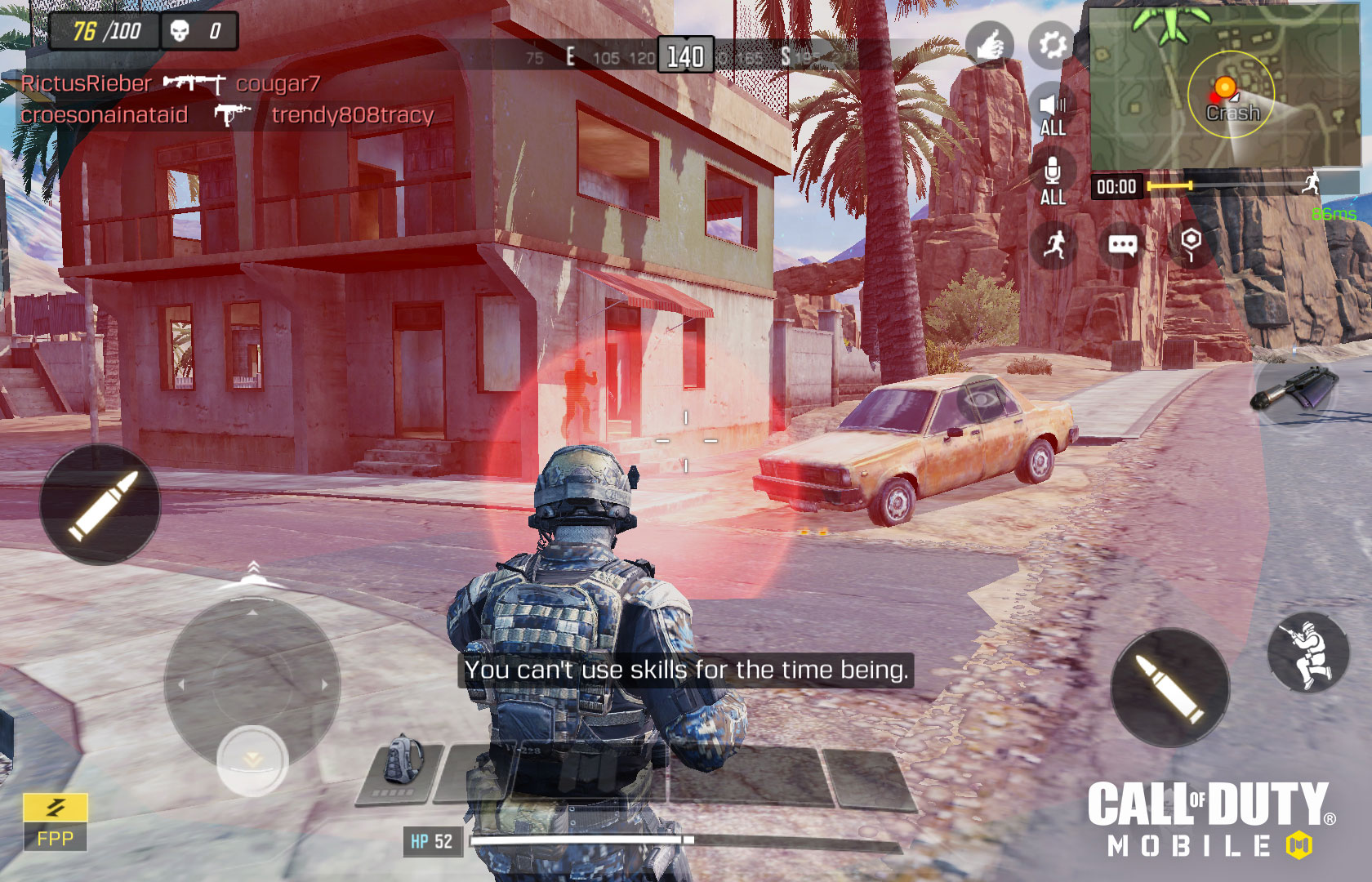 With the Scout, knowledge is power: the Scout has access to the Sensor Dart and the Tracker ability, both key cogs in gathering information while in battle.

When fired, the Sensor Dart reveals enemy locations — as if it were a UAV in Multiplayer — in a small area around the small spike.

While it does not reveal the enemy’s vertical location (i.e. on a roof or in the basement of a multi-story building), it does show where they are on the mini-map. That alone could be enough information to determine where these enemies might be and how to best proceed in either attacking, defending, or advancing through an area.

Of course, the Sensor Dart is only as good as your perception of the mini-map. Pay attention to those red dots and act accordingly.

Tracker, meanwhile, reveals recent movement patterns of enemies by highlighting their fresh footprints in infrared light. This also involves a bit of perception: while playing as the Scout, pay attention to the ground for these footprints, and make whatever judgement calls based on that intel.

With all this intel at the Scout’s fingertips, communicating to teammates about enemy locations seen through the Recon Dart and Tracker is a strong definition of being a team player. So, while playing this class with a team, turn on that microphone and speak clearly and effectively as to what you see that others don’t.