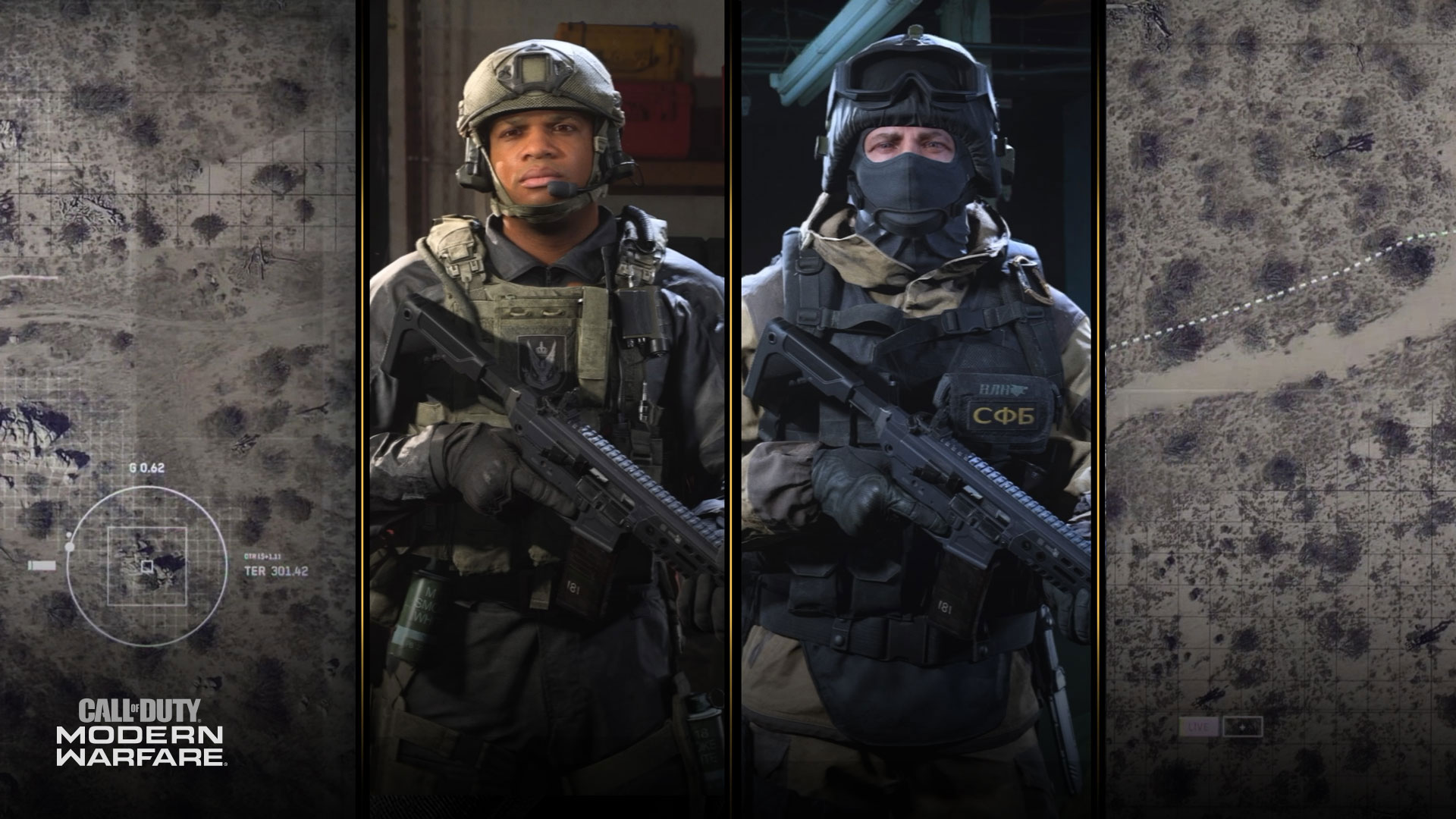 Confused about terminology in Call of Duty: Modern Warfare? You won’t be after reading this glossary!

Confused about terminology in Call of Duty: Modern Warfare? You won’t be after reading this glossary!

“Got a new batch hittin' the pit today, Sir. I'll send you the best I find.” – Sergeant Foley (Modern Warfare® 2)

Welcome to COD: 101, recruit! You’re about to read the written version of basic training for understanding what the most common mechanics, sayings, and other matters related to Call of Duty® – that’s COD, for short – are.

This guide is supplemental intel for those who are picking up Call of Duty: Modern Warfare as their first ever Call of Duty game, haven’t played a game in the franchise for a while, or need a refresher on the fundamentals.

Here, we’ll offer definitions for the most common terms mentioned across our blogs – especially our Getting Started and Basics series for beginners – in-game, and in the community. 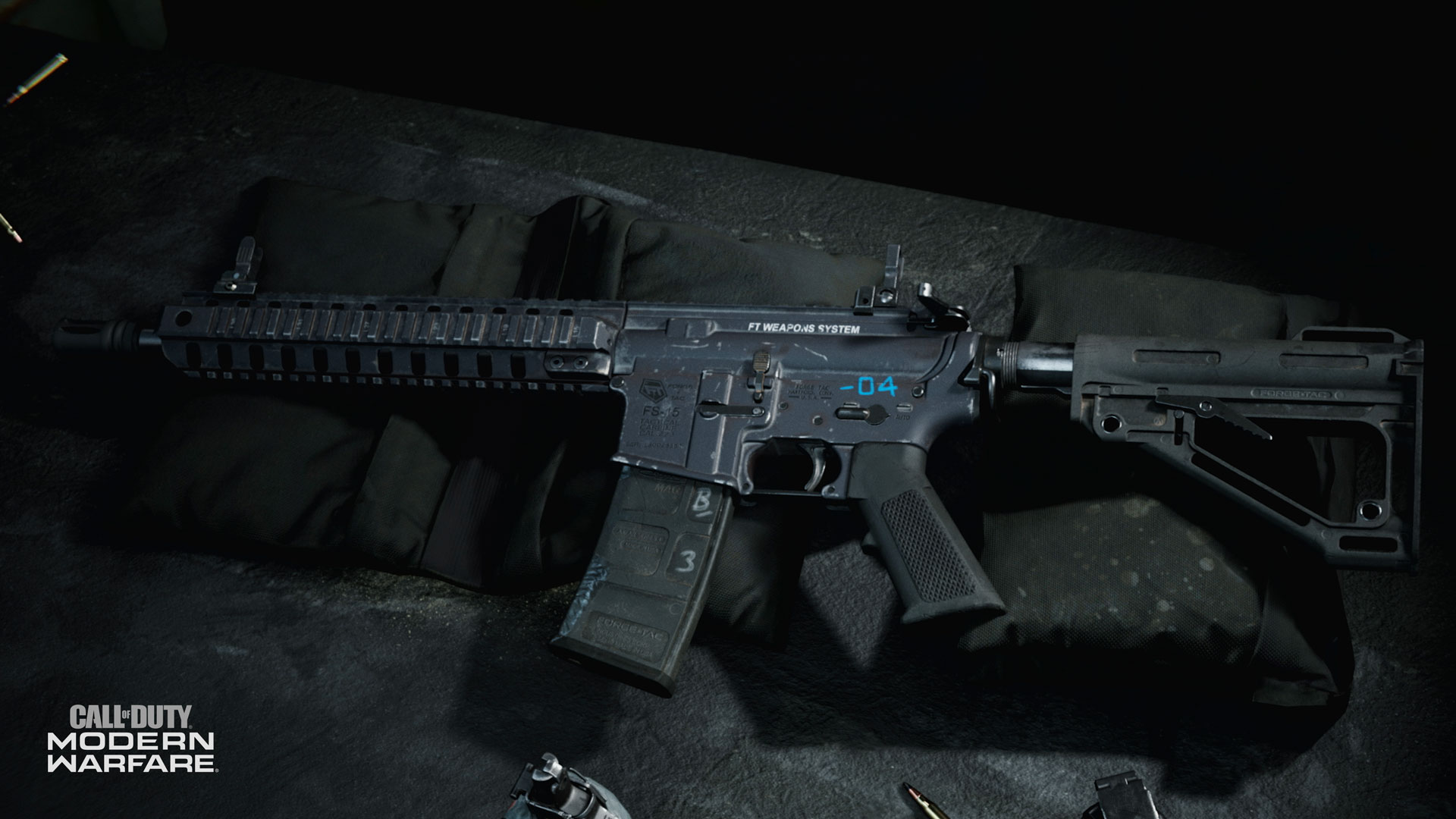 2XP Token – A timed consumable that doubles your XP in Multiplayer for a predetermined time. Earn 2XP (also known as "Double XP") tokens by completing challenges in-game, or by redeeming Activision codes from participating retailers on the Call of Duty website. Use a 2XP Token by equipping it from the Multiplayer menu. An on-screen timer starts, ticking down in real time. The clock never stops, even if you log out, so only activate a token if you plan to use the full amount of time!

Attachment – An item that attaches to a weapon that gives it a passive benefit and changes its appearance. An example of an attachment is a Suppressor.

Camo / Camouflage – A “skin” that only changes the cosmetic appearance of a weapon.

Faction – The group your Operator belongs to, either the Allegiance or the Coalition. In Multiplayer, these are the two teams in team-based game modes, so whatever Operator you choose within each Faction is the one you will play as.

Gunsmith – Within the Loadout menu, this is where you can customize a weapon’s attachments and camouflage.

Killstreak – A reward for earning a number of kills in one life during a Multiplayer match. This reward can be something that offers an offensive advantage (i.e. a Cluster Strike) or in-game intelligence (i.e. a UAV). An Operator can equip up to three Killstreaks. The number of kills to earn said reward is detailed within the Killstreak menu.

Loadout – What an Operator uses in battle. This consists of two weapons (a primary and a secondary), as well as three perk and two pieces of equipment (lethal and tactical).

Operator – Your character in the game.

Optic – A device that offers a precise sight picture while aiming with a weapon. Some optics also offers a zoom level, which makes far away objects appear more clearly, and a magnification toggle, which allows you to switch between two zoom levels.

Perk (on a Weapon) – A passive benefit on a weapon that does not change its appearance. A weapon perk can be chosen in lieu of an attachment.

Role – A position that a Special Ops Operator can take that gives them an active and passive ability. Roles offer unique benefits, such as additional offensive options or reconnaissance tools. 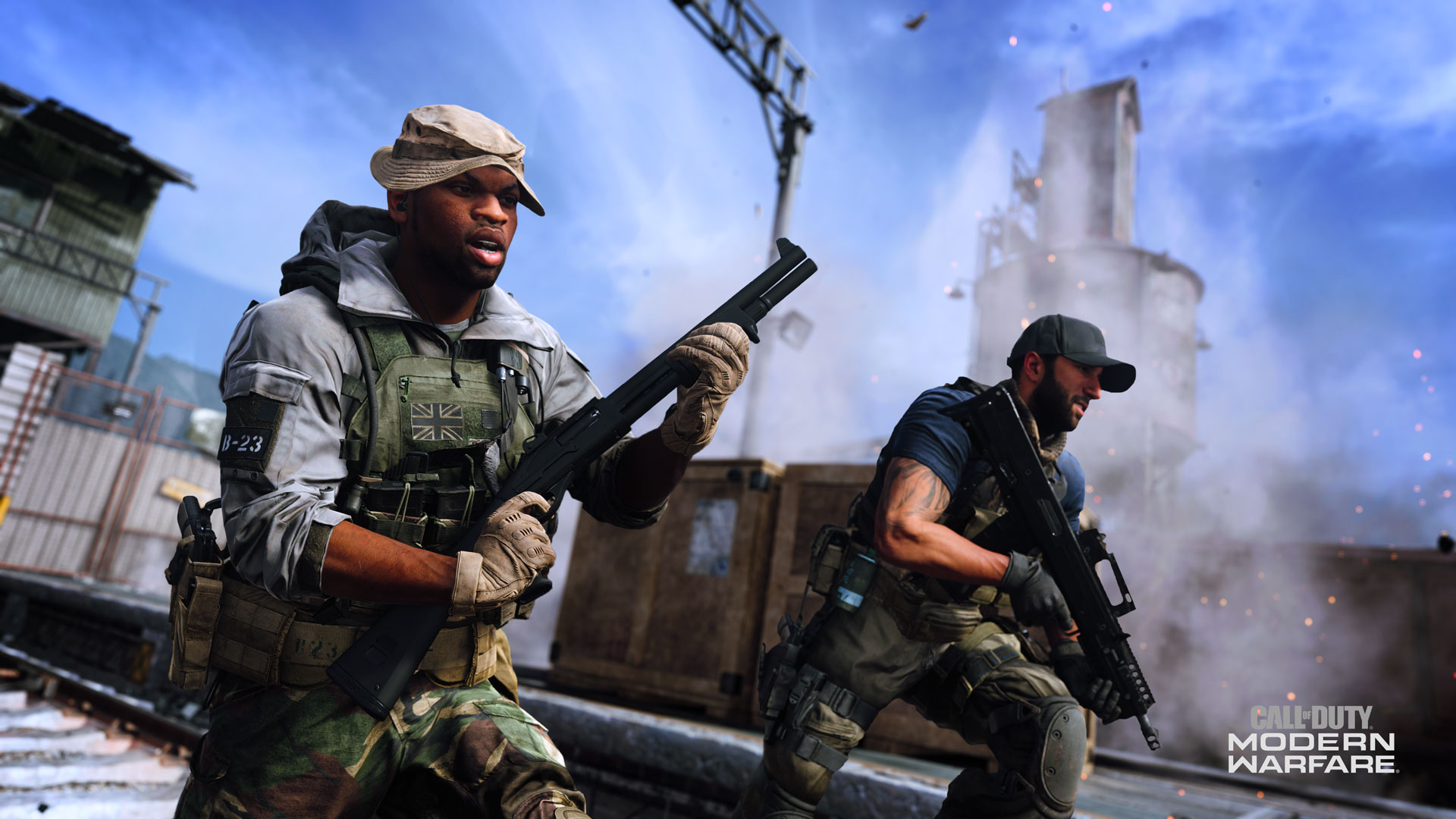 Campaign – The single-player mode of Modern Warfare. Accessible through the main menu.

Quick Play –Limited to Core Multiplayer 6v6 and 10v10 game modes, here are some of the modes you can filter in Quick Play:

Domination – Capture and defend the designated positions to earn points.

Search and Destroy – Teams take turns defending and destroying an objective. No respawning.

Cyber Attack – Retrieve the EMP device and plant it near the enemy’s Data Center. Similar to Search and Destroy, but with a neutral bomb and a revive mechanic.

Private Match – An online or offline arena where you can play with friends or against the A.I. with custom rules.

Gunfight – Small team, multi-round cage matches. Loadouts either rotate every two rounds, or are crafted by picking up items on the map (On-Site Procurement)

Operations – A four player co-optional experience set in the massive city of Verdansk with multiple objectives.

Missions – One to four player tactical experiences. Shorter than Operations.

Survival – A player-versus-enemy horde mode (Exclusive to Playstation 4 until Oct.1, 2020). 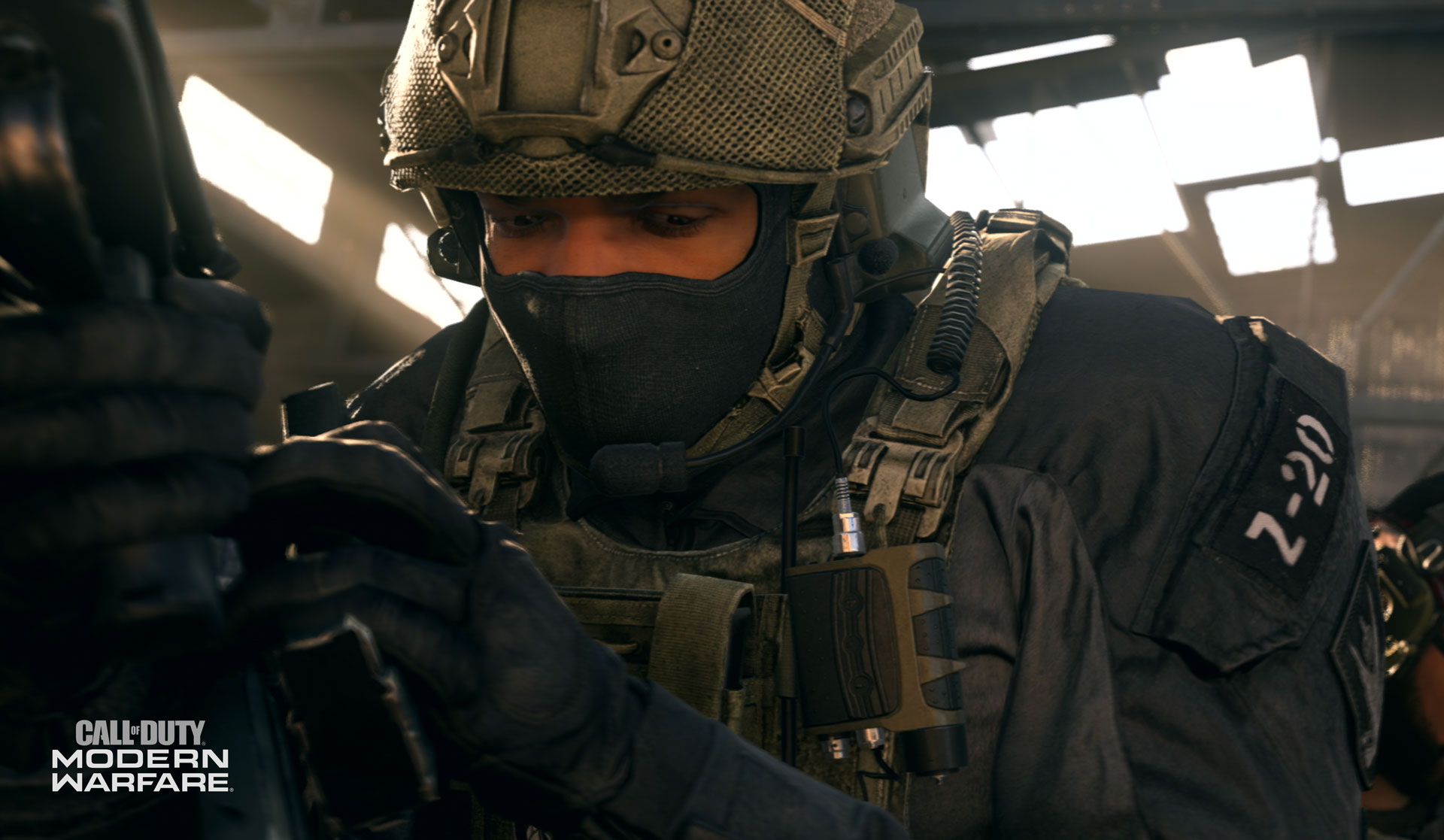 ADS – Aim down sights. This occurs when you press the aim button; doing this narrows the spread of the weapon’s fire for more accurate shots.

Double Weapon XP – When this state is active, you will earn experience points at double the rate for Weapon Levels.

Double XP – When this state is active, you will earn experience points at double the rate for your Enlisted Rank or Officer Rank, and/or Player Level. Earn Double XP tokens by completing challenges in-game, or by redeeming Activision codes from participating retailers on the Call of Duty website. Use a 2XP Token by equipping it from the Multiplayer menu. An on-screen timer starts, ticking down in real time. The clock never stops, even if you log out, so only activate a token if you plan to use the full amount of time!

Enlisted Rank – The first rank progression track you will experience in Modern Warfare. Go up the Enlisted Ranks to unlock new weapons, perks, and equipment for use in your loadouts, as well as Killstreaks and Field Upgrades. Caps at rank 55 and does not reset.

Finishing Moves– A powerful melee attack, performed by holding the melee button behind an unsuspecting enemy.

Flank – When you take a side path (either left or right) to confront the enemy.

Hip Fire – The opposite of ADS. This is when you fire a weapon without aiming, which is faster than aiming down sights but may be less accurate.

Identity – The customization menu in the Barracks is where you can equip a calling card and emblem – two personalization images for your in-game profile – as well as equip in-game gestures and sprays, which are emotes to further personalize your in-game Operator.

Officer Rank – A seasonal progression track of 100 tiers unlocked after achieving rank 55 in the Enlisted Ranks. Complete Officer Challenges unlocked with each rank up to earn ribbons, which are permanently displayed on your profile. This resets each season.

Player Level – A number that denotes your overall experience level, which increases either by progressing up Enlisted or Officer Ranks or achieving additional Player Level caps after hitting the top level of the Enlisted Ranks (before season 1) or Officer Rank (during any season).

Season – A period of time where new content, such as weapons, Multiplayer maps, and Community Events, will become available. This is also where you will progress up Officer Ranks.

Spawn – Where your Operator loads into the map, either in the beginning of a round or after a death.

Weapon Level – A progression system separate to Player Level, Enlisted Rank, and Officer Rank. Increase your Weapon Level by dealing damage with that weapon to unlock attachments and camos.

We hope that this short glossary, as well as our Basics and Getting Started series, gives you enough intel to drop into Call of Duty: Modern Warfare. Otherwise, check out Activision Support for any further questions.