Call of Duty®: Black Ops 4: A Closer Look at What Operation Apocalypse Z: Survivors Brings to the Black Market

Operation Apocalypse Z: Survivors brings a new horde of personalization items to further prepare you for the zombie apocalypse. With 60 Tiers and a new shipment of Black Market Reserves in deployment, you’ll be fighting back the undead masses and look good doing it.

Here are a few highlights from both Contraband and Reserves to get a taste of what’s available now in Call of Duty: Black Ops 4:

“Dried Tears” Weapon Charm – Just by earning a Tier Skip – either by winning a Multiplayer match, earning a Blackout Merit, or reaching Round 15 in a Zombies Classic game – you get the ability to season any weapon with this Weapon Charm.

“Spectral Wraith” Jump Pack – At Tier 5, you get a dead, but still fresh, set of wings for any and all Blackout characters.

Ajax’s “The Chef” Outfit – What’s cooking at Tier 15? The Chef outfit, which turns our friend Ajax into a short-order cook with a long list of targets to serve justice to.

Zero’s “Spinal Tap” Outfit – What better outfit to pair with the Spinal Trap camouflage? Available at Tier 50, this outfit turns our hacking soldier into a bone-chilling, cold-blooded killer.

M16 tactical rifle — Black Ops veterans know the power of this rifle well, but for those who don’t, the M16 Tactical Rifle deals a powerful burst of three bullets per pull of the trigger. Even in the future, this old reliable can dish out damage from any range, especially at medium distance.

Havelina AA50 sniper rifle —This high damage, semi-auto sniper requires a manual reload bullet-by-bullet without a Speed Reloader attachment, but it does have the capability to make 1-shot kills to the head or chest.

Full Stop Melee Weapon — Go forward and stop enemies dead in their tracks with this new melee weapon available for a limited time in the Black Market. 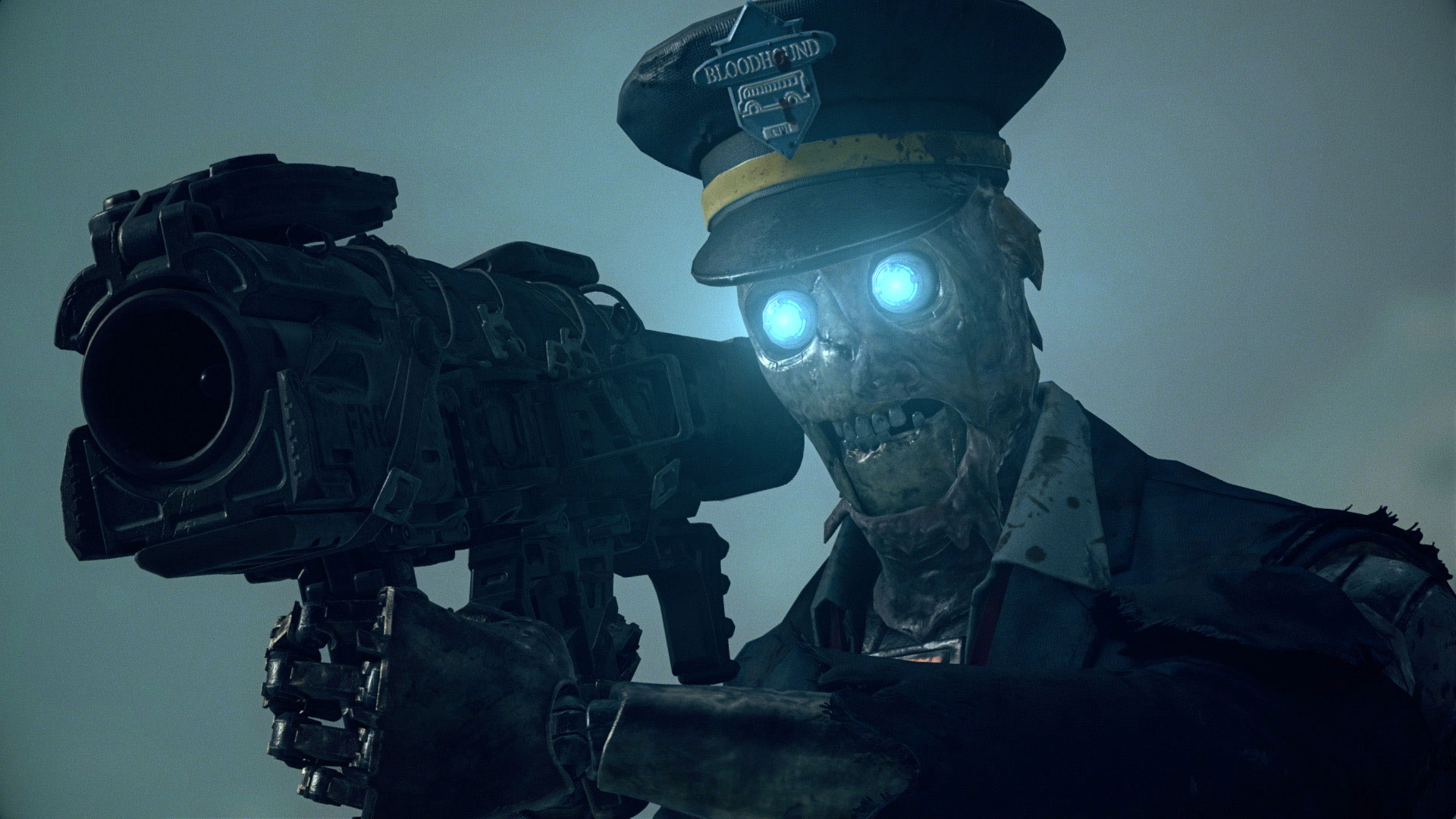 T.E.D.D.— "All passengers who engage in violence will be forcefully ejected!" Our friend T.E.D.D. is now available to be used on the Blackout battlefield through the Black Market, and you better believe he’s ready to own the island like it’s his bus back home on TranZit.

These are just a few of the new things coming your way in the Black Market in Operation Apocalypse Z: Survivors. There are dozens more Zombies-themed personalization items in the Black Market, so check back during the Operation to see how you can further liven up your arsenal.