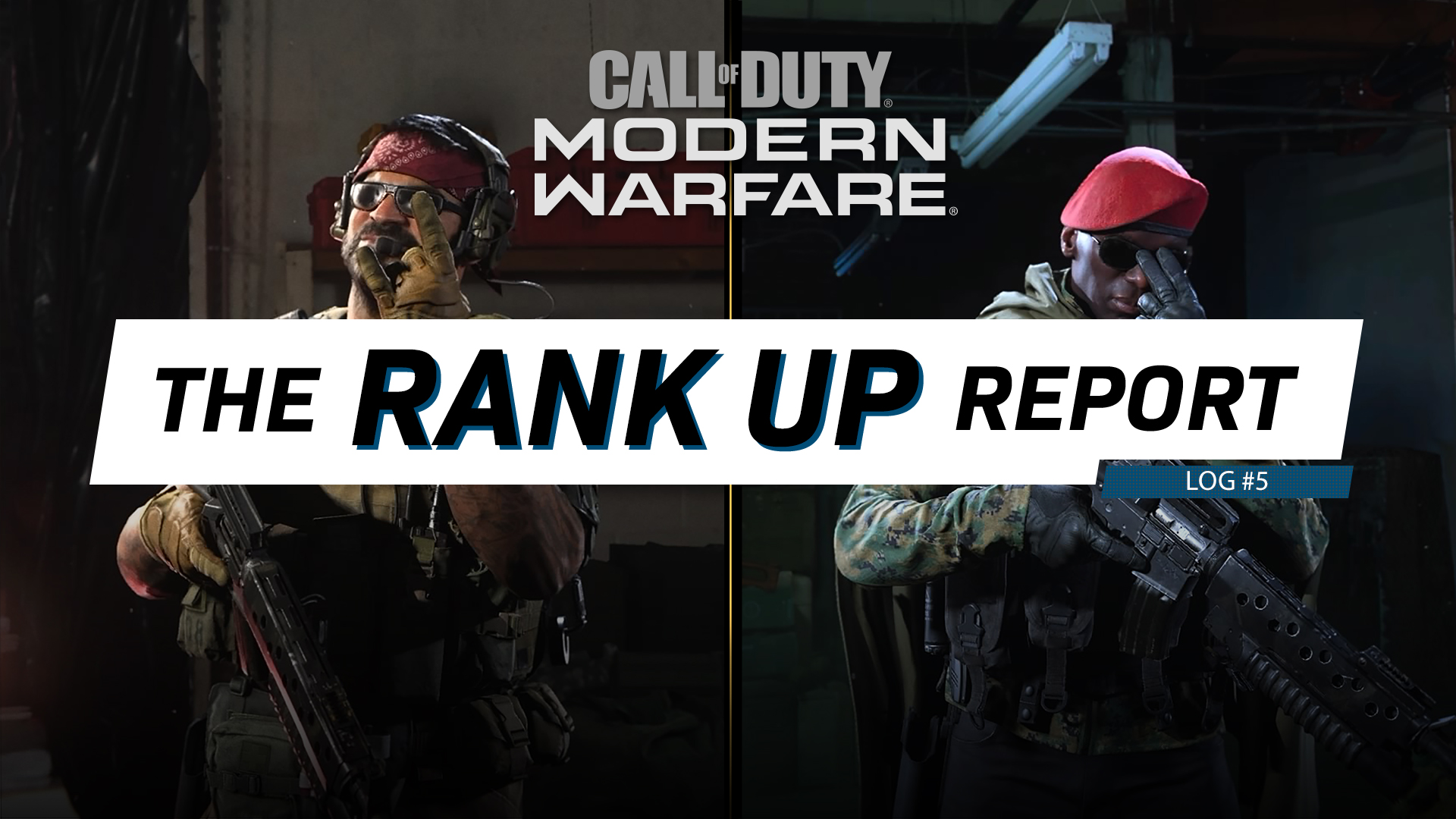 All the way back in my first Rank Up Report, I detailed the company-wide Gunfight tournament we had right when the game launched.

This week, the Gunfight Tournaments feature went into Beta. Seeing this, my partner and I were looking to avenge our top-four finish by defeating anyone and everyone in the Call of Duty® community (sorry, all).

And so, the redemption arc for the Activision Games Blog Editorial Dream Duo began.

Here are the tips that we took before heading into our first online tournament: 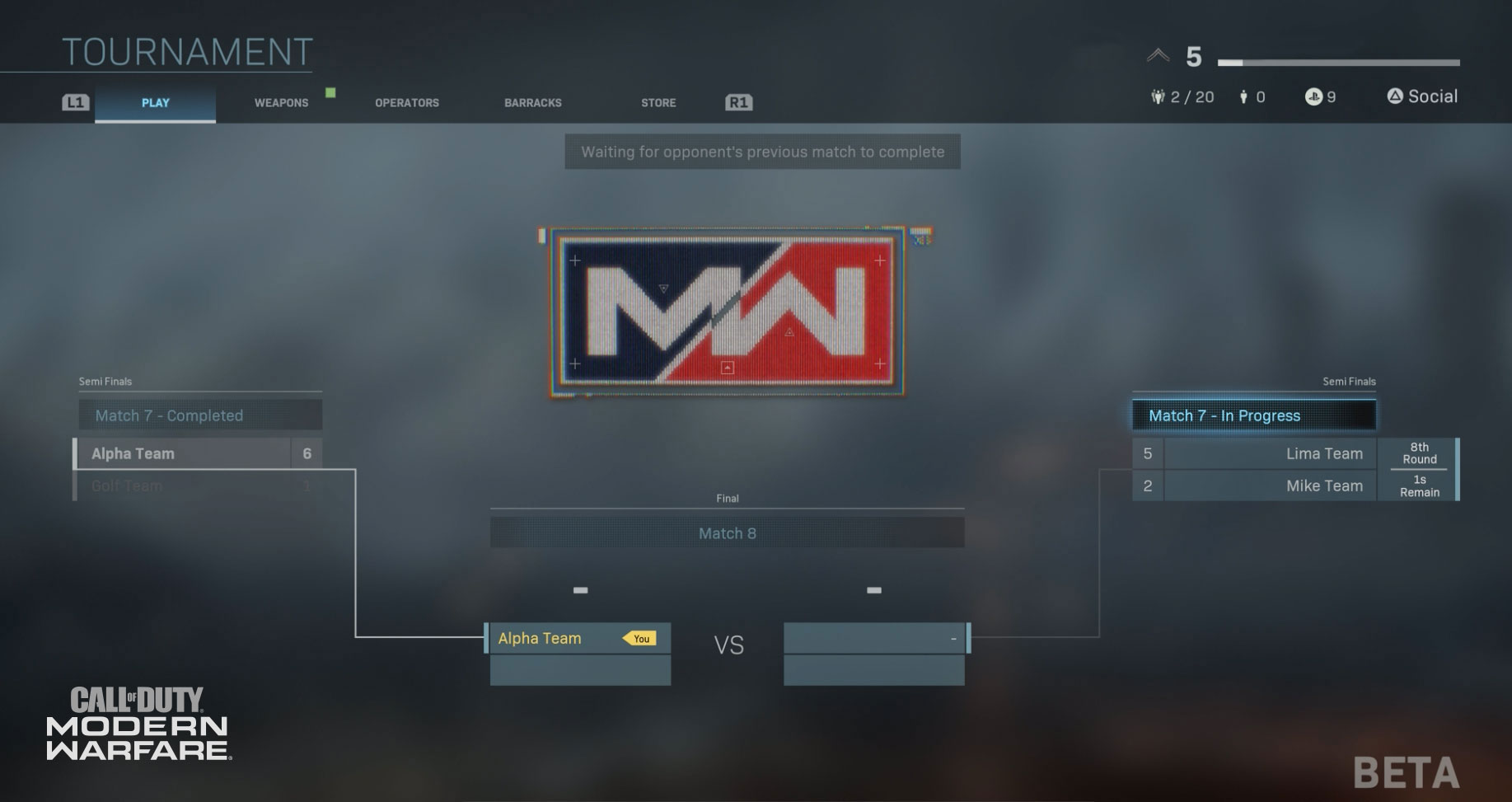 ·      Welcome Back to Gunfight! All the strategies for Gunfight we had last time still apply. Master the game’s fundamental, make sure that teamwork is in tip-top shape, use everything in your given loadout, and use some creative thinking when overtime begins in a round.

·      Don’t Sweat the Bracket. Whether you seem to be up against a tough first round opponent or are in the Finals, don’t let the whole bracket throw you off your game. Go into every match treating it as you would a regular Gunfight.

·      Take a Breather. After winning a round, you may have a bit of time until the next one begins. This is a golden opportunity to communicate with your teammate and go over strategies for the next round. Or, if duty calls, going for a snack or a bathroom break.

·      A Loss Isn’t the End of the World.You get unlimited tries at winning a Gunfight Tournament, so don’t fret if you don’t get that exclusive cosmetic reward for winning it all on the first try. Learn from your mistakes, trust in your duo, and get that W!

For those who are curious about how we did, the AGB Dream Duo absolutely demolished our first ever online opponents… But we were then served some major humble pie by the community, losing badly in the next round and having some difficulty advancing far across multiple tournaments.

Our furthest finish on the first day of the tournament feature going live was a respectable top-4, which mirrored our success against our office cohorts. If you don’t get that exclusive blueprint for winning the whole tournament, I don’t blame you. Only the best duos will earn it, and one day, I’ll hope that it will have a home in my loadouts.

But, when that day comes, all those close calls and tough losses will be worth it!

In our duo’s quest to gain Gunfight gold, I wound up getting the last few bits of XP needed to max out my Officer Rank. My reward for doing so was this awesome ‘O.G.’ weapon blueprint which, as a veteran of the series, was a nostalgia trip. 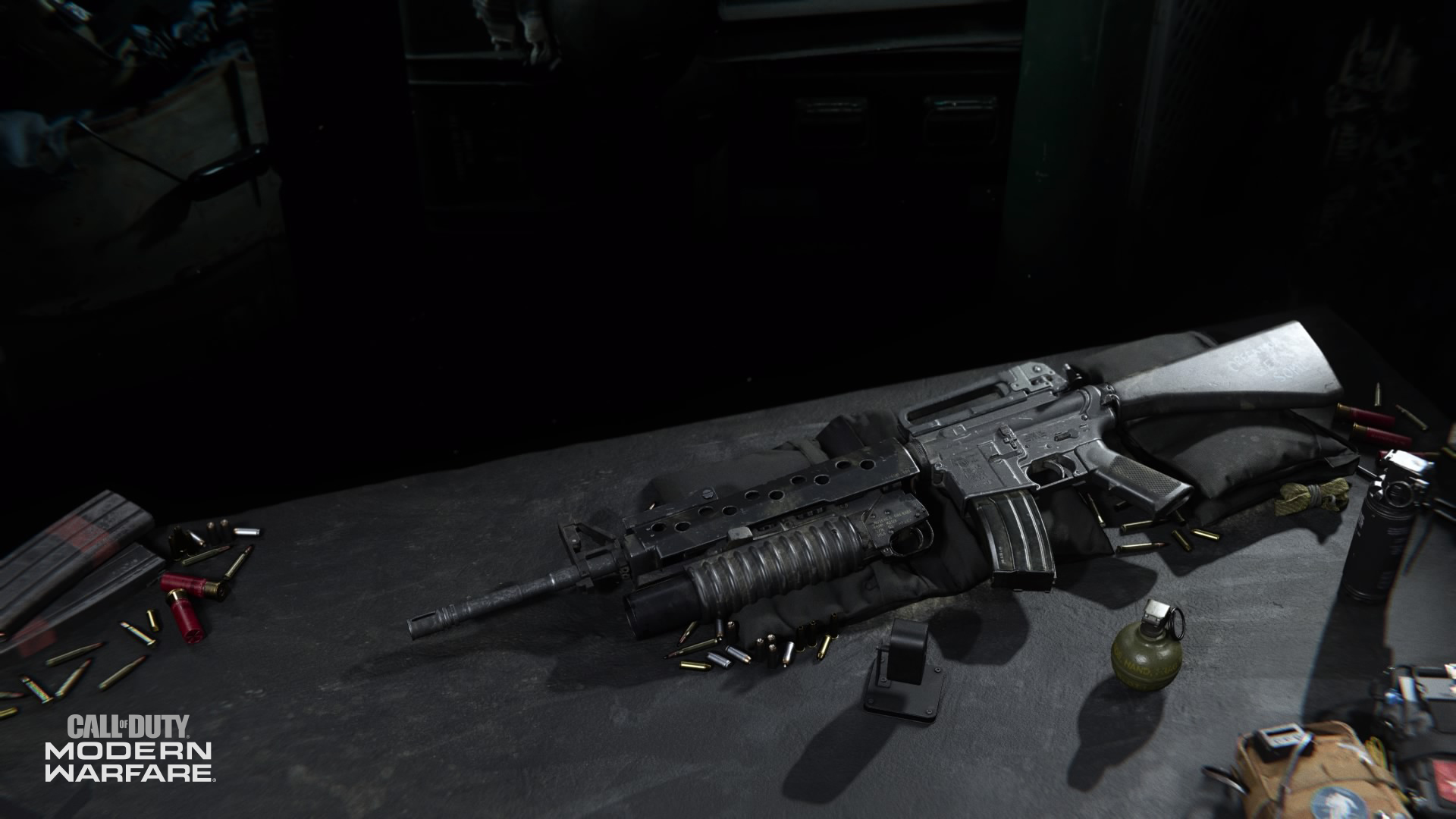 For those of us who have hit Rank 155, I combined the O.G. and the Hush shotgun, which you can get by hitting Rank 56 by December 3, into an Overkill class. Here’s what I put on this class, as well as the tips I have for doing well with it: 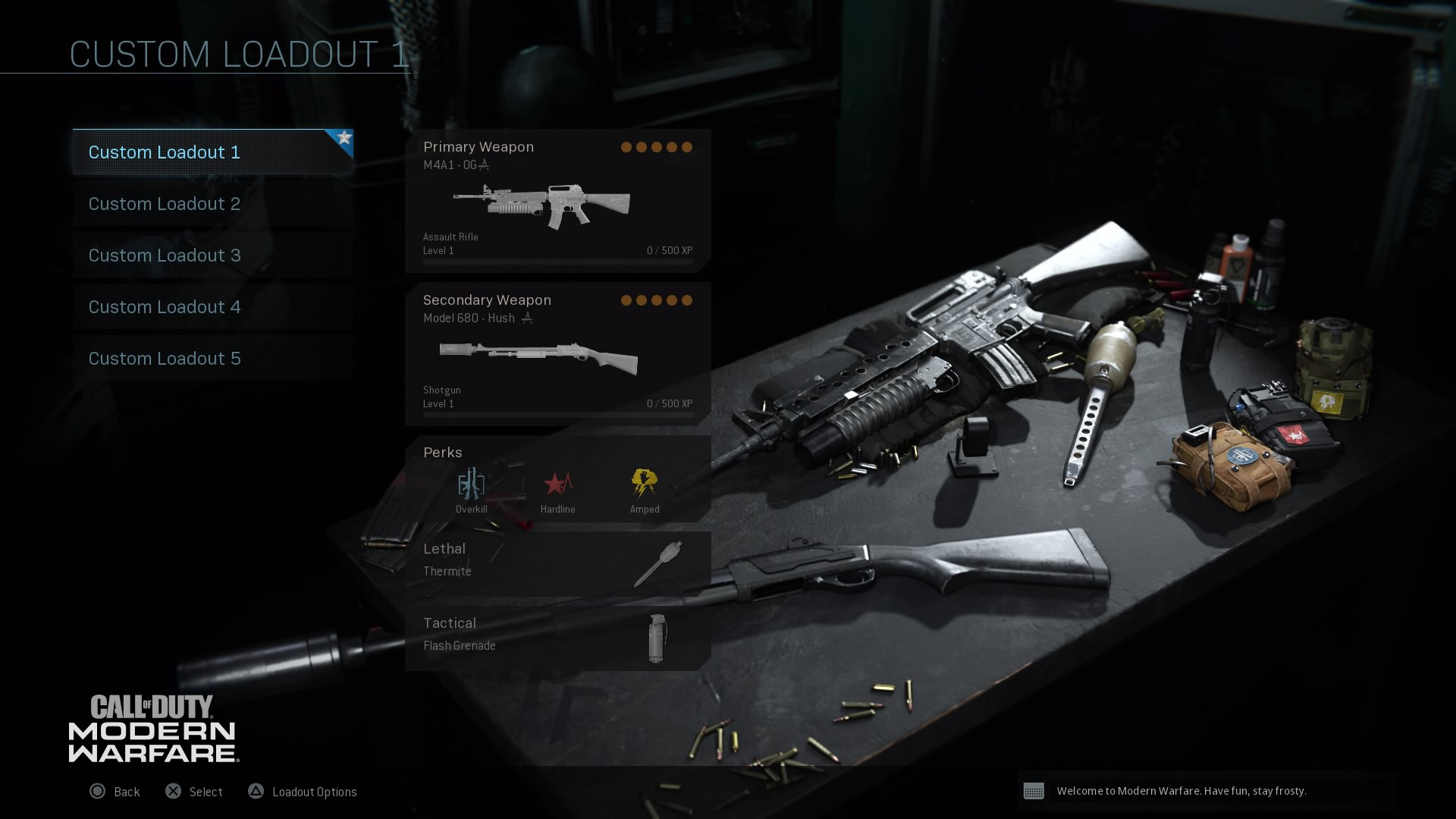 ·      Range over Mobility. Both weapons have attachments that offer stability and accuracy at the cost of lower mobility. In other words, you may feel a bit more sluggish when moving around the map and have better range and recoil control once you get into engagements. This class may allow for plenty of longshots, but only if you know the right angles and sightlines to make it work.

·      The O.G. Launcher. The O.G. has an underbarrel grenade launcher, which can be a great engagement tool to deal plenty of splash damage before finishing them off with a quick burst. Don’t rely on it too much – it only has so many grenades to use – but it’s a great attachment for this particular blueprint. 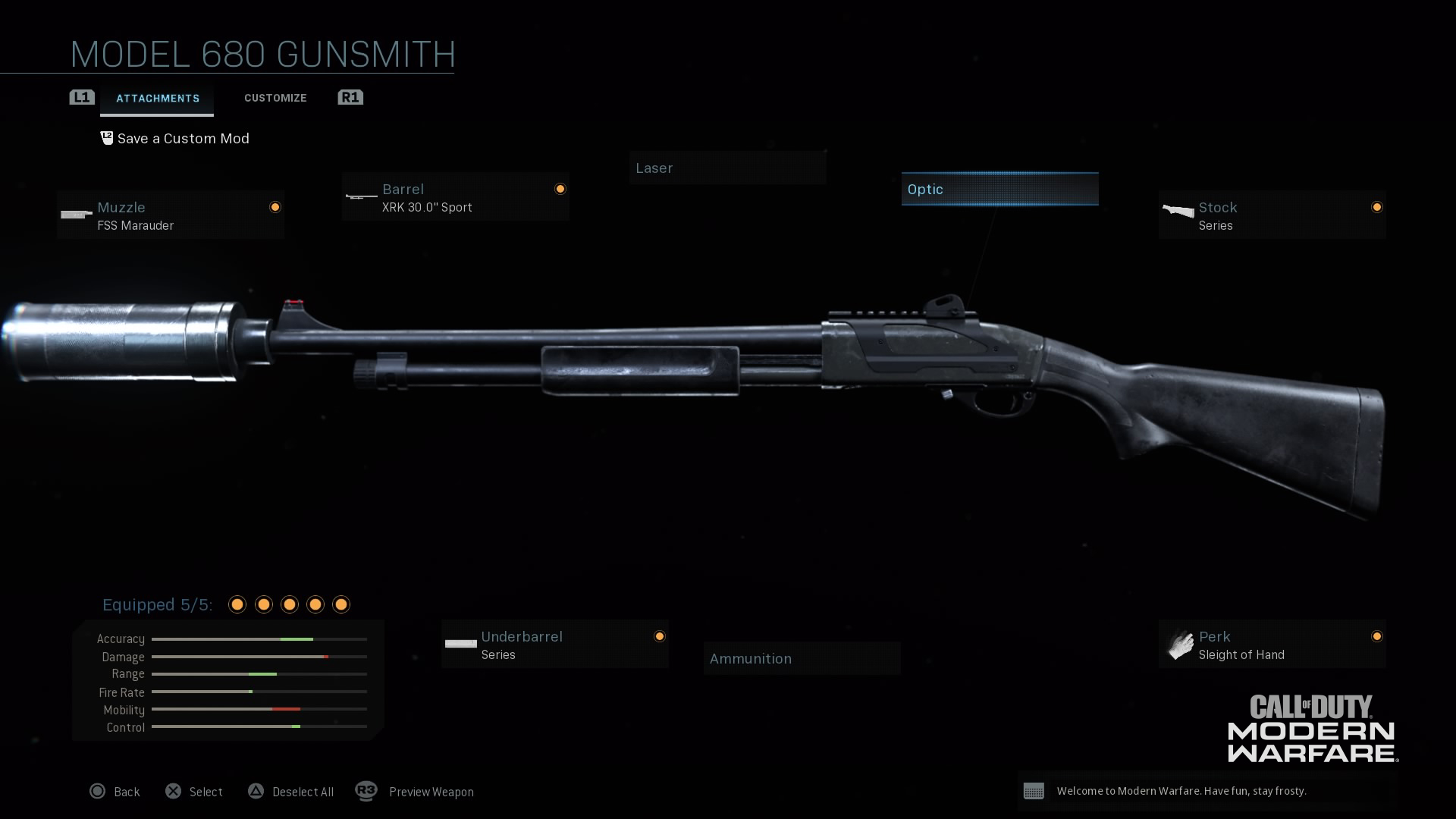 ·      Adding Some Noise to the Hush. For the Hush shotgun, because it has three attachments, I decided to go all-in on its long-range capabilities and added the Sport barrel to it. The fifth attachment I put on was the Sleight of Hand perk, as I wanted to have the assurance of quicker reloads in sticky situations. However, for those looking for a better sight picture down range, you can slap on your favorite optic on this shotgun instead.

·      Pick your Perks… As for perks, you may want to use Amped for faster weapon switching speed, given that switching between primaries with Overkill on is slower than switching from a primary to a sidearm. Perk 2 is down to personal preference; I like Hardline so I can give my whole team reconnaissance through UAVs, but this slot is all up to you.

·      … And Equipment… The same line of thinking applies to equipment; Thermite is great to deal with vehicular threats in Ground War, while Flash Grenades are all-around solid disruptors against regular enemies.

·      … But you May Want to Bring a Box Because your first perk slot is taken up by Overkill, you may want to use the Munitions Box as a Field Upgrade to resupply your ammo. Otherwise, make friends with a teammate that has one, and let them know when you’re low on munitions!

Do you still need to hit Rank 155? Haven’t even made it into the Officer Ranks? Lucky for you, there is a Double XP period that’s happening from now until the start of Season 1 on December 3. Here are my tips for maximizing your XP gains before the Officer Ranks refresh:

·      Everything is Doubled!No need to use your tokens in Multiplayer modes just get out there in play. You’ll earn twice the rewards for activities during a match which can help you level up twice as fast!

·      Line Up Challenges and Missions. Furthermore, check the requirements for your Daily Challenges and active Mission, and see if it aligns with the Ribbon challenges so you can knock out two (or three… or a Quad Feed) birds with one stone. For example, you may want to activate the Shock and Awe mission, complete its fourth objective (Call in 25 Care Packages), and have that progress also count towards the Care Package ribbon.

·      Play with Friends!Call of Dutycan be more fun by grabbing a few friends and diving into some Multiplayer or Special Ops. This Double XP weekend is happening during an American holiday weekend, so there should be little excuses (outside of family gatherings, of course) that go against hopping on and getting in a few games!

Now, you might be reading these and have yet to grab a copy of Modern Warfare. That’s okay; some of my friends back home – read: on the other coast of the United States – that I’m visiting with for the holidays are in the same boat as you.

Luckily, today is Black Friday, which means there are a ton of deals for my friends and the rest of the Call of Dutycommunity to grab. You can read all about those deals here, and grab a copy for yourself – or for a friend, if you’re looking for a holiday gift idea – right now to join me in ranking up and having a good time in Modern Warfare.

And that’s where I’ll leave us at for this week. The next should be a busy one; I’m too excited to talk all about my experiences with Season 1, from the new battle pass system to the maps, modes, Special Ops experiences, and more that I can’t wait to enjoy.