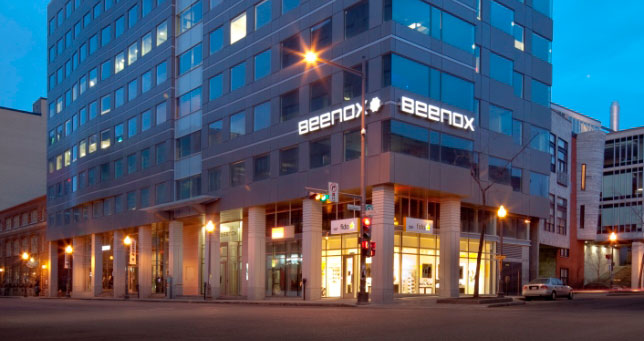 Call of Duty: Black Ops 4 marked a major turning point in the franchise for PC Call of Duty fans; on the day of the game’s community reveal, Treyarch and Activision announced its commitment to make the PC version of the game a great experience for PC fans.

While this moment was meaningful for the PC community, it also was the moment when Beenox, the Quebec City development studio owned by Activision and working with Treyarch on the PC version of the game, was put into the spotlight.

After nearly two decades of providing development support to various games, and original development for eight titles, Call of Duty: Black Ops 4 on PC was going to be its piece de resistance; working closely with both Treyarch and Blizzard to redefine what it meant to play Call of Duty on a PC.

And, with a history of passion and love for the franchise, it was ready to tackle this monumental task.

“I don’t think there was anyone in this office who wasn’t passionate about making this game.”  — Eric Lavoie, Producer of Call of Duty: Black Ops 4 at Beenox 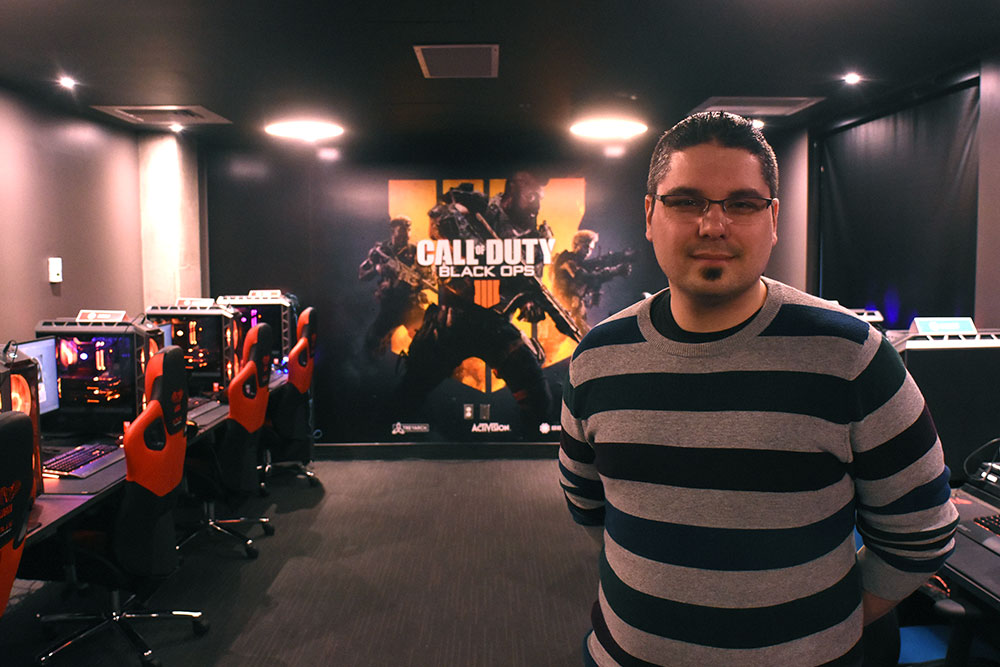 Gamers Who Love Call of Duty

Among the over 250 team members of Beenox were three senior employees who have seen the studio grow into a full-fledged development machine. They are Lead Engineer Marc-Alexandre Milot, Senior Lead Designer François Taddei, and Producer Eric Lavoie.

On average, these three team members have a decade plus of experience at Beenox, working on games ranging from Skylanders SuperChargers Racing to the story campaign of Call of Duty®: Modern Warfare® Remastered. Their faces appear often in a hall filled with photos from the studio since its inception in 2000, celebrating with past and present colleagues over the launch of numerous titles.

Before becoming the Producer inside Beenox for Call of Duty: Black Ops 4 PC, Lavoie was a senior lead engineer at the studio, learning how to manage a small team and growing as a leader. That, he said, helped him transition to his current role, where he worked with Activision and Treyarch to ensure the game was done right and on time for launch. 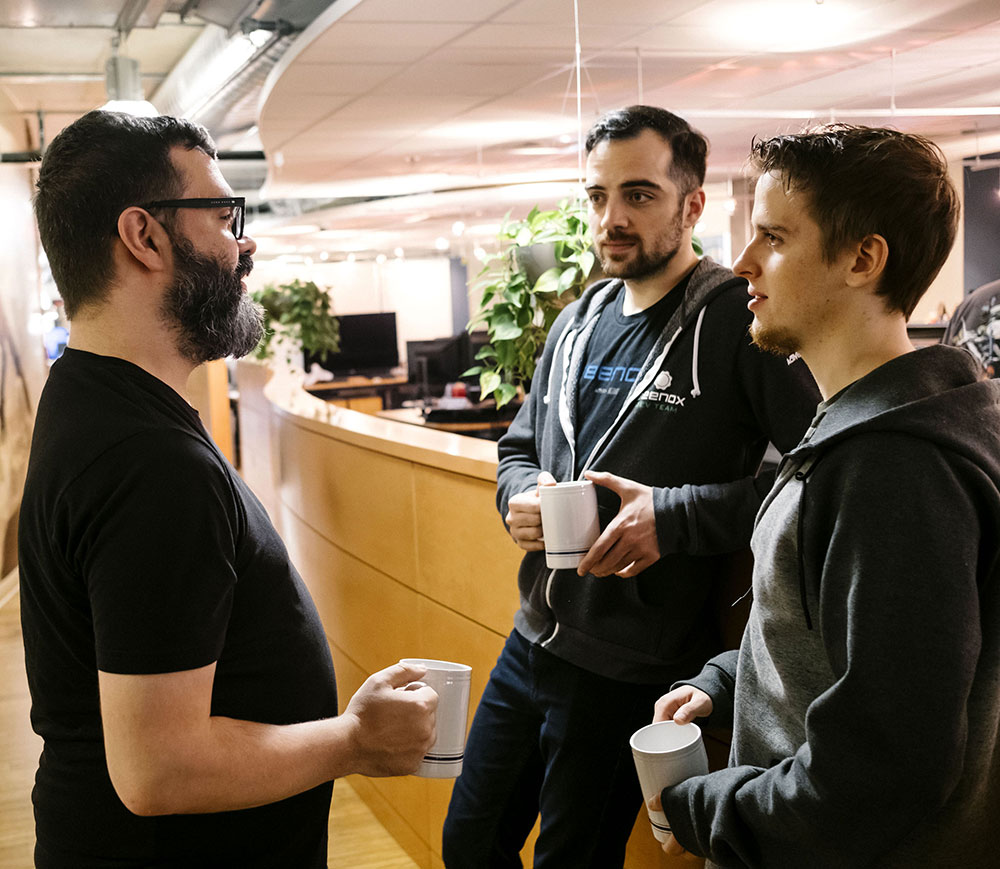 Milot meanwhile worked on the user-interface and overall gameplay experience, ensuring the PC version was “in sync” with what players experienced on consoles.

As a former professional Call of Duty player with Call of Duty® 2, Milot was especially passionate to pour his efforts into the PC version of Call of Duty: Black Ops 4.

“One of the things I wanted to do is to bring Call of Duty back to its roots,” Milot said. “It was vital to make this game really feel like it was made for the PC.”

“If you want to do quality work, you have to love it” — François Taddei, Senior Lead Designer of Call of Duty: Black Ops 4 at Beenox.

As for Taddei, he was responsible for managing the game’s design on PC, making sure he and his team members could translate the game’s feel to be right for the platform. That meant knowing everything about the Black Ops universe Treyarch has created. 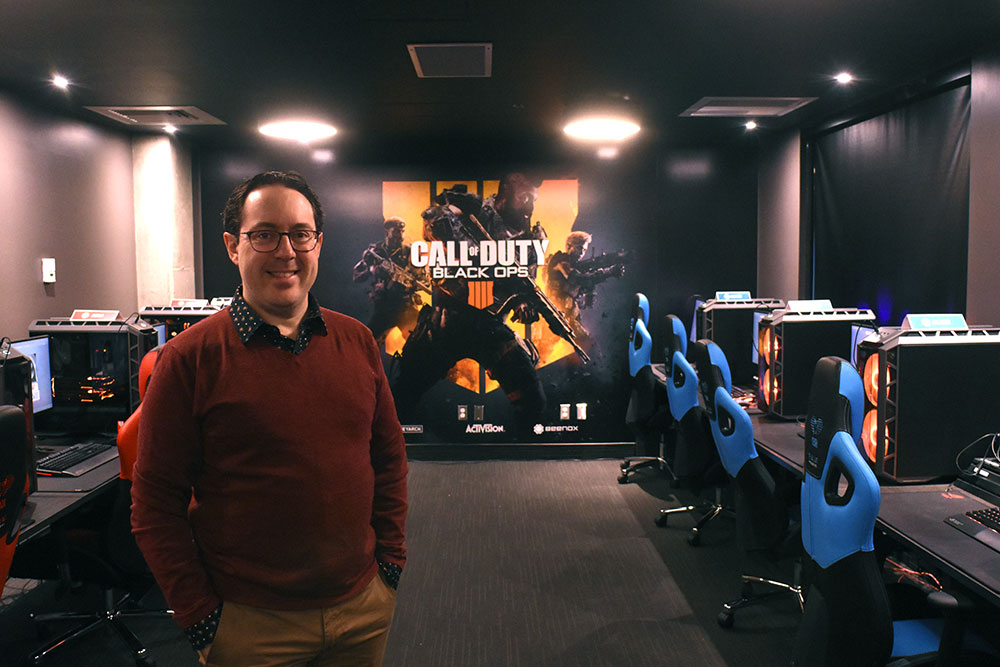 To do this, Taddei and other Beenox employees started hosting regular tournaments inside the studio for previous Call of Duty: Black Ops games. The studio also keeps a running spreadsheet that kept track of how many hours each team member played every Call of Duty game. Taddei was thrilled to show off his custom combat report, where he’s personally poured hundreds of hours into the entire franchise as a whole.

Through all of that, he said, they fell more in love with the Black Ops series, which lead studio Treyarch has inspired and nurtured through each title.

“If you want to do quality work, you have to love it,” Taddei said.

Taddei also volunteers to cook up risotto and other Italian treats for fellow staff members, emphasizing the importance of the Beenox family and camaraderie throughout development.

“When you work in the game industry, it can be challenging,” Taddei said. “It’s important to maintain a positive culture of working closely with each other. So a good risotto can soothe things and help bond the team together.”

Outside of group meals and Call of Duty tournaments, members of the Beenox team often meet-up for workout sessions in the in-house gym, go to the movies and have fun during game nights. New members of the team, who are not native French speakers can even learn the language at the studio, as one employee is an ex-elementary school teacher who teaches classes during lunch.

“Being like a family and having a good morale is in our blood; it’s in our values as a team,” Taddei said.

The Opportunities and Challenges of Creating Black Ops 4 for PC

In creating this Call of Duty experience for PC together with lead studio Treyarch, Taddei, Milot, and Lavoie all agreed that, besides fun and engaging gameplay, customization was absolutely key to getting the game right for this community.

Because the game had to work for a wide range of PC specs — the low-end budget builds and monster machines alike — and to the preferences of an even more diverse community of gamers, Beenox did everything they could to give the PC community as much freedom and accessibility as possible.

“Even though we spend time on an option that a small number of players will use, it’s still worth it,” Taddei said.

“On PC, we added a lot of options for Specialists such as action toggles,” Taddei explained. “So you can cook a grenade by pressing a button once and pressing it again to throw it, or you can hold the input to throw it immediately. For Zero, we considered putting in a toggle for her Ice Pick, but it would have made it too easy for players to hack others with little risk.”

Another is the armor plating feature in Blackout. Although the way a player can repair armor on consoles is great for a controller, directly porting it over to PC without any changes wouldn’t work well for someone using a keyboard and mouse.

“You don’t want a player to hold tab, click a button and keep holding it for two seconds,” Milot explained. “It wouldn’t feel like a PC game. Our solution was to add a new keybind, so when you click that button, you would use the armor plating.”

And then, of course, there are the little details, such as removing obvious button prompts.

“You don’t want to say, ‘Hey, use your mouse to click a button.’ Everyone knows that. If you were able to launch the game, then you know how to use a menu,” Milot laughed. “PC players know how to play PC games, so we tried to reduce the amount of obvious prompts so they wouldn’t get annoyed.”

Beenox was not alone with its development process. The Quebec team was in constant contact with Treyarch were in constant communication, which meant tens of thousands of e-mails, daily calls and weekly meetings, all to synchronize their efforts in production and post-launch support.

Essentially, the two studios acted as one team despite being 3,000 miles apart from each other.

“We wanted each team to feel like a part of the other,” Lavoie explained, “and be able to discuss things freely. It was really a two-way discussion between the group, and establishing that connection together was a priority.”

“We are learning from the best,” Milot added. “Treyarch are amazing in balancing weapons, getting feedback from the community, and making changes to their games. So we’re learning from them and trying to align our values with Treyarch in how we work on the PC version of the game.” 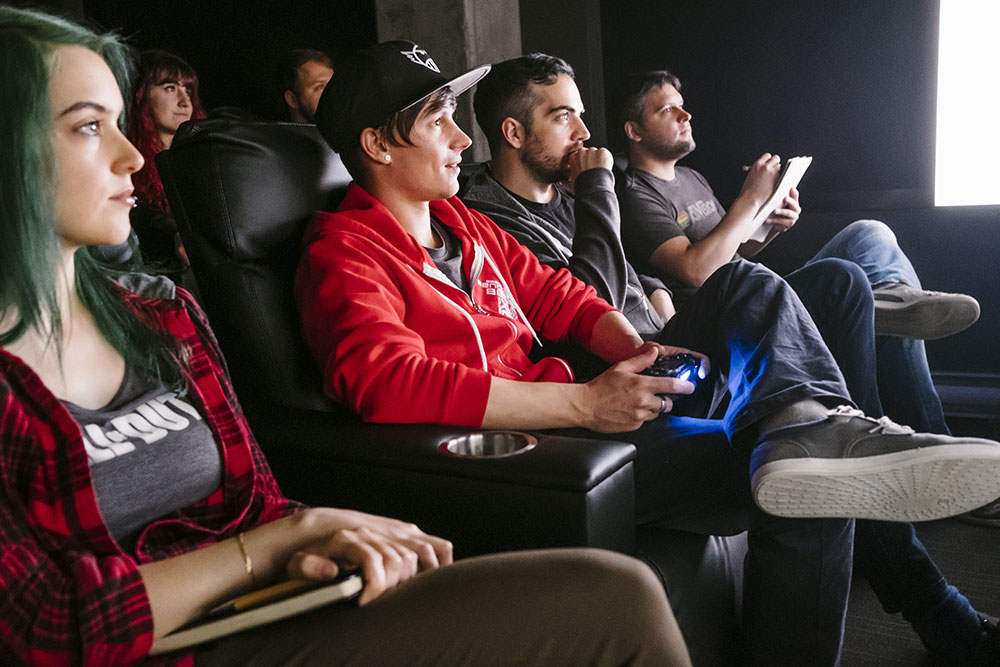 A rewarding project for Beenox

Whether it was working to hit the game’s launch deadline or supporting the game post-launch, the Black Ops 4 development experience was different for everyone at Beenox.

However, it was truly a team effort, Lavoie said, that made this game ready for release.

“I don’t think there was anyone in this office who wasn’t passionate about making this game,” Lavoie said. “I’ve been working at Beenox for 12 years, and this project was really special.” 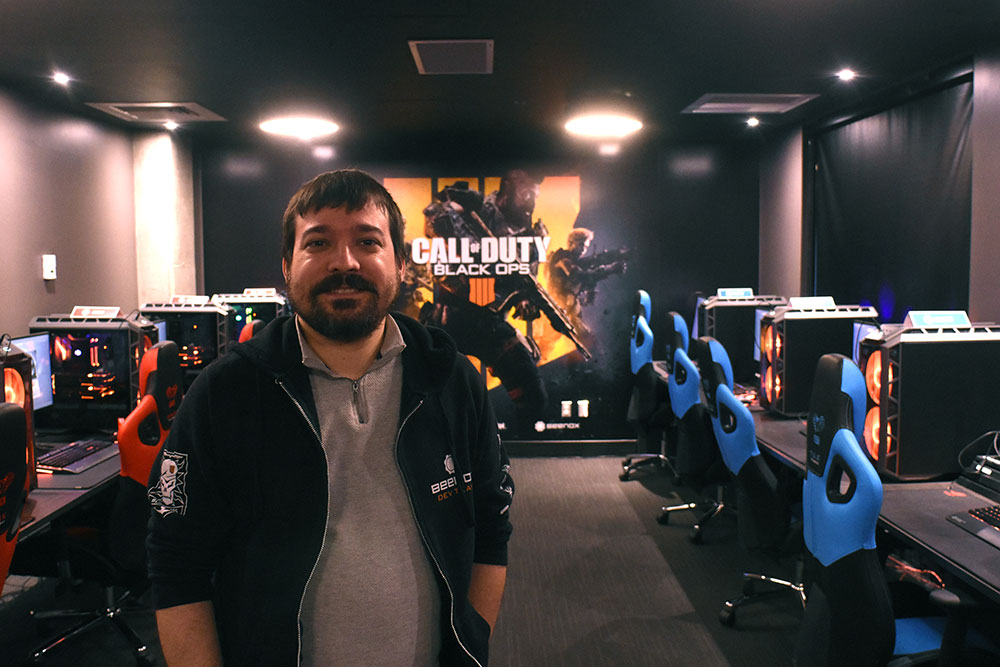 While playing in public Black Ops 4 lobbies, Milot recalled one memorable play session when a random French-Canadian teammate was accidentally on open-microphone while talking out-of-game to his girlfriend.

Milot, a native French speaker, was able to understand his teammate telling another complete stranger how cool Blackout was.

“That’s the best praise you can receive,” Milot said. “When someone doesn’t give you direct feedback but is in the game saying how much fun it is, that’s truly the best feeling in the world.”

The Next Chapter; Committing to Post-Launch Support

Even with another project in the works, Beenox is fully committed in concert with Treyarch to continuing to support Black Ops 4 on PC.

Lavoie said, “we are still working closely with Treyarch to support and make the best out of every feature that will come out.”

“Every time Treyarch adds a new feature, we’re making sure it works for PC,” Milot added. “When a new feature comes out on Treyarch’s side, we have to ask ourselves, ‘How can we make this work on PC?’”

“Treyarch is going to continue adding a lot of stuff to this game,” Taddei said. “And we can’t wait to give the PC community all of that and more.”