Tune in to the 2019 Call of Duty World League Championship Today!

From August 14 to August 18, watch the 32 best Call of Duty®: Black Ops 4 teams in the world compete for the right to be called World Champions on PlayStation® 4.

What team will help define this era of competitive Call of Duty? We will find out at the 2019 Call of Duty World League Championship, Presented by PlayStation® 4.

In this two-stage event, 16 teams from this year’s CWL Pro League and another 16 teams who qualified from the CWL Finals MTN DEW® AMP® GAME FUEL® Open Bracket will play from August 14 to August 18, 2019 for a $2 million prize pool and the CWL Championship trophy. 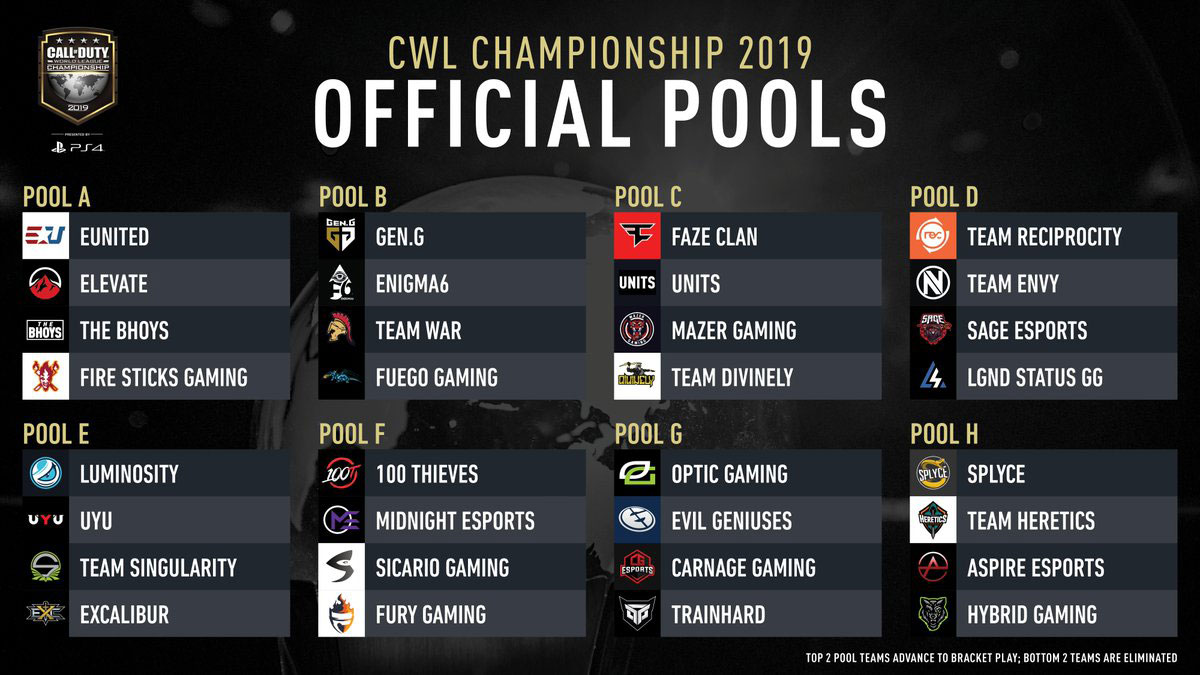 The first stage of the CWL Championship is a two-day, closed door Pool Play where every team will face off against every team in their pool once via a best-of-five series. Every series at this event starts off with a game of Hardpoint, a game of Search & Destroy, and a game of Control.

The top two teams from each pool will make it to the public Championship Bracket stage of the event, which will take place from August 16 to August 18 in Los Angeles, California.

This part of the event is a double elimination tournament; one loss will not end a team’s chances at a World Championship. However, the team who survives the Losers Bracket must win two best-of-five matches against the team who exits the Championship Bracket undefeated in the Grand Finals.

There isn’t a better time to get into the official esports league of Call of Duty than now, and if you’re just joining us this year’s epic grand finale event, check out our summary of the season so far on the Activision Games Blog.

You can tune into the event during all five days on the official Call of Duty Twitch channel, MLG.com and via the in-game viewer in the PlayStation 4 version of Call of Duty: Black Ops 4. Or, if you are in the Los Angeles area, tickets for the public days of the 2019 Call of Duty World League Championship – August 16-18, 2019 – are still on sale (while supplies last).