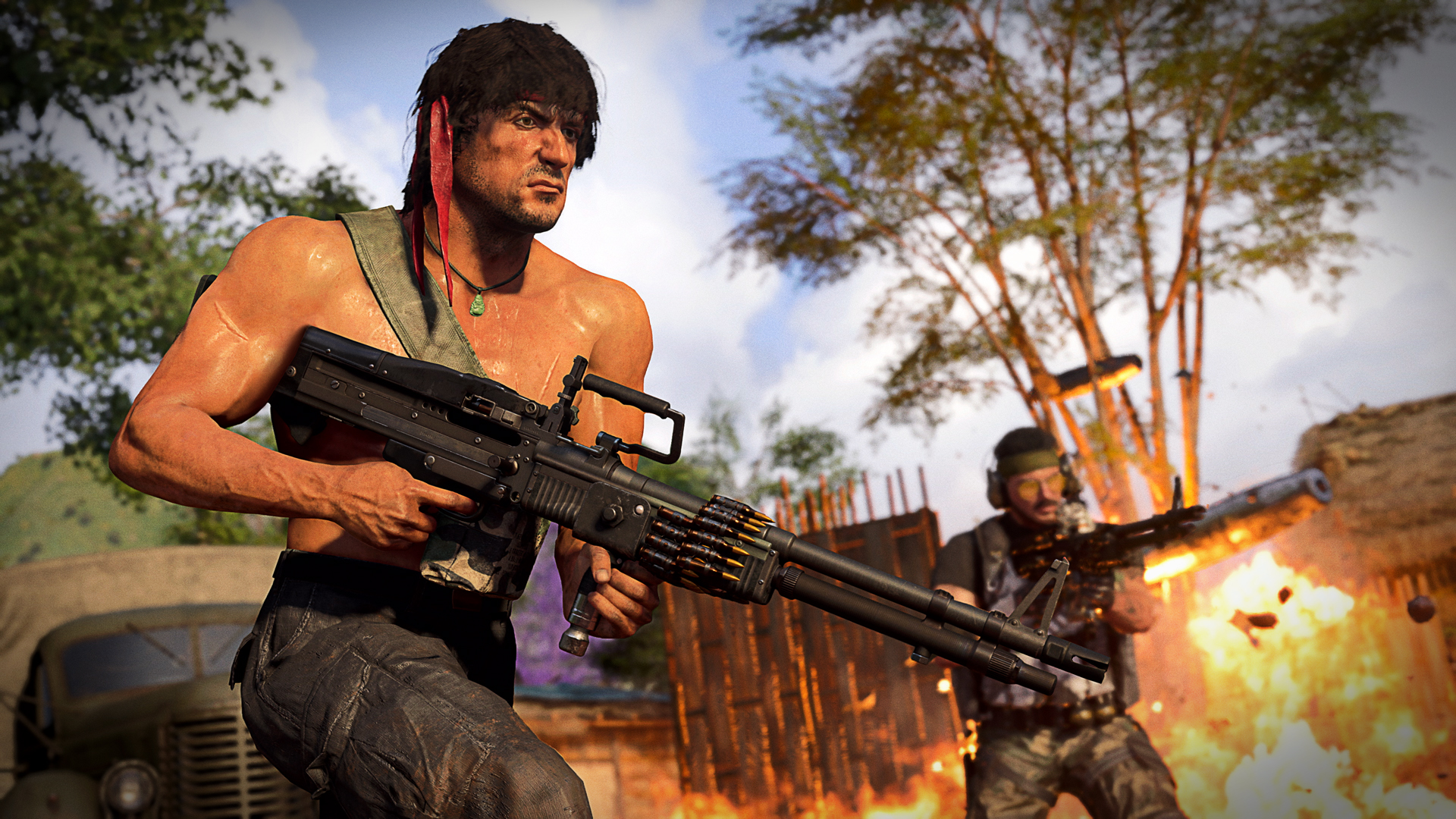 Our ‘80s Action Heroes event continues with Rambo’s Gun Game in Black Ops Cold War this week! The rotation of 20 weapons gets a serious boost in firepower, as the Combat Bow, War Machine, RPG-7, and even the Death Machine get added into a fresh set of armaments. To help keep our action heroes alive, players will also be equipped with the Stimshot. Check out all the details on Rambo’s Gun Game at the Call of Duty Blog.

Die Hardpoint has become an instant fan-favorite and stands strong this week in our Multiplayer Featured Playlists, along with 12v12 Moshpit and Standoff 24/7. In addition, Snipers Only Moshpit returns to Multiplayer via the Quick Play menu for all you sharpshooters out there.

We’re also bringing 3v3 Gunfight to Multiplayer for the first time, where two teams of three throw down on our smallest maps with randomized loadouts. This one’s different from the 3v3 playlists we’ve had in the past – here, you’ll be playing purely by standard Gunfight rules without being restricted to sniper rifle loadouts or melee weapons only. We’re also testing out 6v6 gameplay on these maps for a special variant of Face Off in the near future, so keep those eyes peeled. 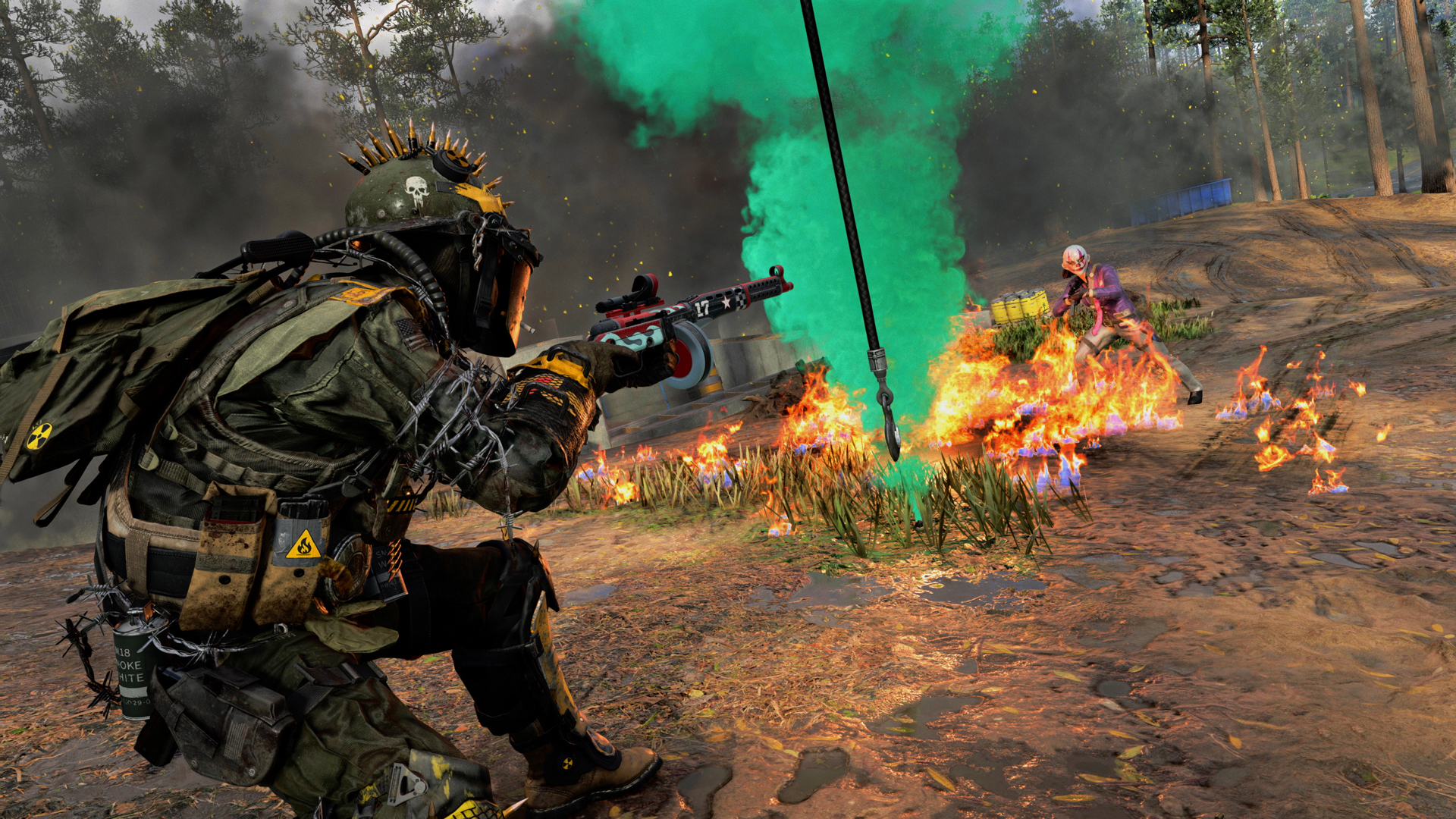 It’s been amazing to see all the positive responses to our new Multi-Team: Elimination mode since Season Three Reloaded kicked off! This last-team-standing experience was designed as a love letter to Blackout fans, featuring gameplay elements from Black Ops 4’s Down But Not Out LTM to keep the action moving with multiple redeploys and loot-to-survive fundamentals.

In today’s update, we've added some new gameplay and UI improvements based on player feedback to make Elimination even better, including increased XP values, map voting, improved ping visibility, and more. Check out the full list in the patch notes below, and watch for more updates on the way.

Additionally, we wanted to share some tips from the dev team to help your chances of success in Elimination: 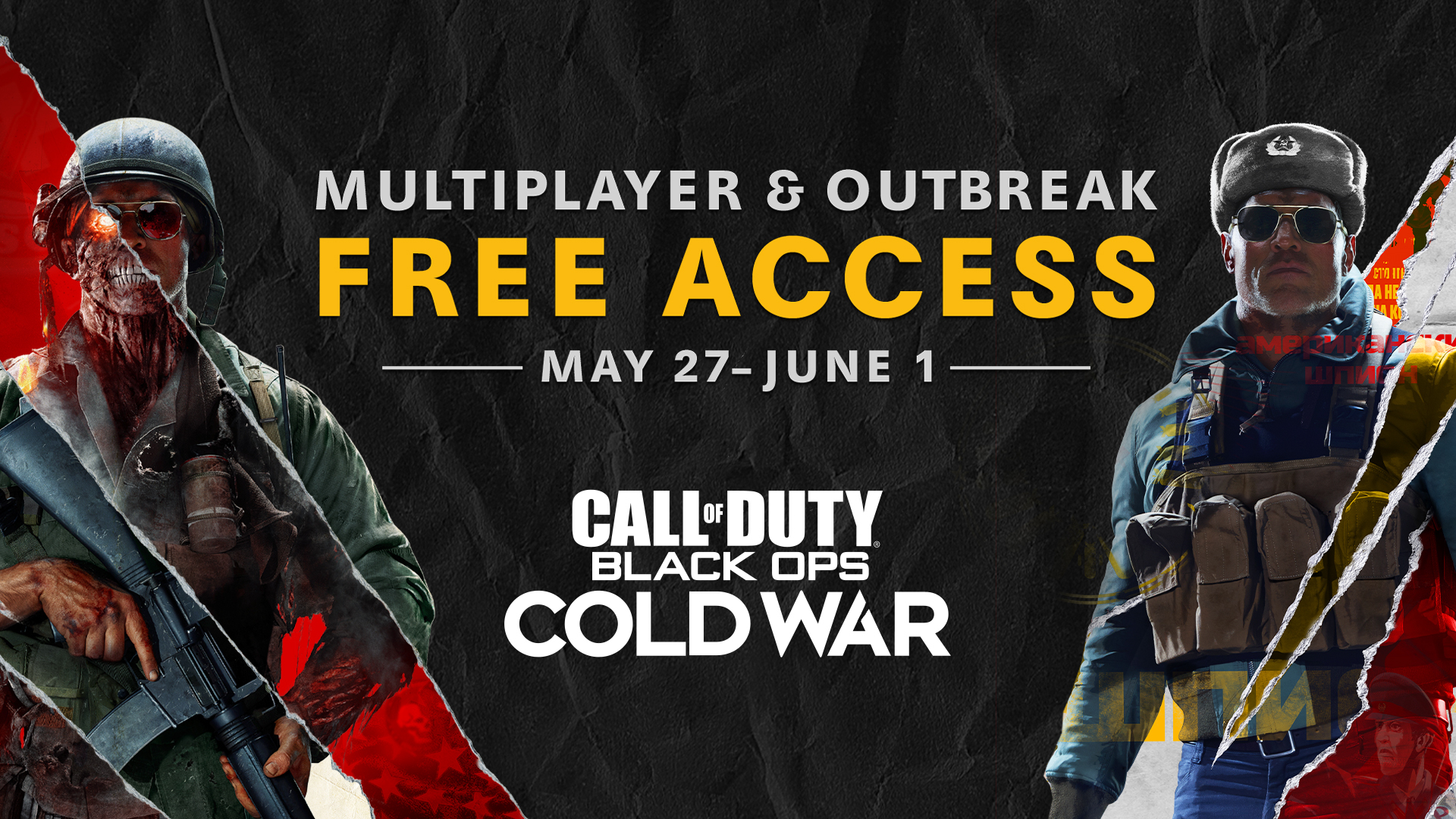 Ready to play MP and Zombies with your friends who might not own Black Ops Cold War yet? Let them know the new Multiplayer + Outbreak Free Access period is now live today through 10AM PT June 1st!

Download Free Access from your platform’s store and jump into Die Hardpoint, Rambo’s Gun Game, Standoff 24/7, Nuketown 24/7, and more in Multiplayer, as well as Outbreak in Zombies and Onslaught on PlayStation®.

Sign up for two-factor authentication to improve your account security and get two hours of 2X Battle Pass XP! We strongly recommend adding this extra layer of account protection, which requires a third-party authentication application when logging into your Activision account. Sign up at the CallofDuty.com 2FA page here.

Starting today, anyone who enables two-factor authentication will receive two 1-hour 2X Battle Pass XP Tokens as a reward. If you’ve already enabled the feature before today, your tokens will begin rolling out tomorrow, May 28th. Enjoy!

Need help with your account or have a question about a particular issue? Support is available through the official Activision Support page, where you can access a wide range of help options. You can also follow Activision Support at @ATVIAssist on Twitter to get the latest support information regarding game updates, general tips, trending issues, and server outages.

If you’re looking for info on specific issues in Black Ops Cold War or Warzone™, please visit our Trello page, which serves as a one-stop hub for known issue tracking, patch notes, and game updates 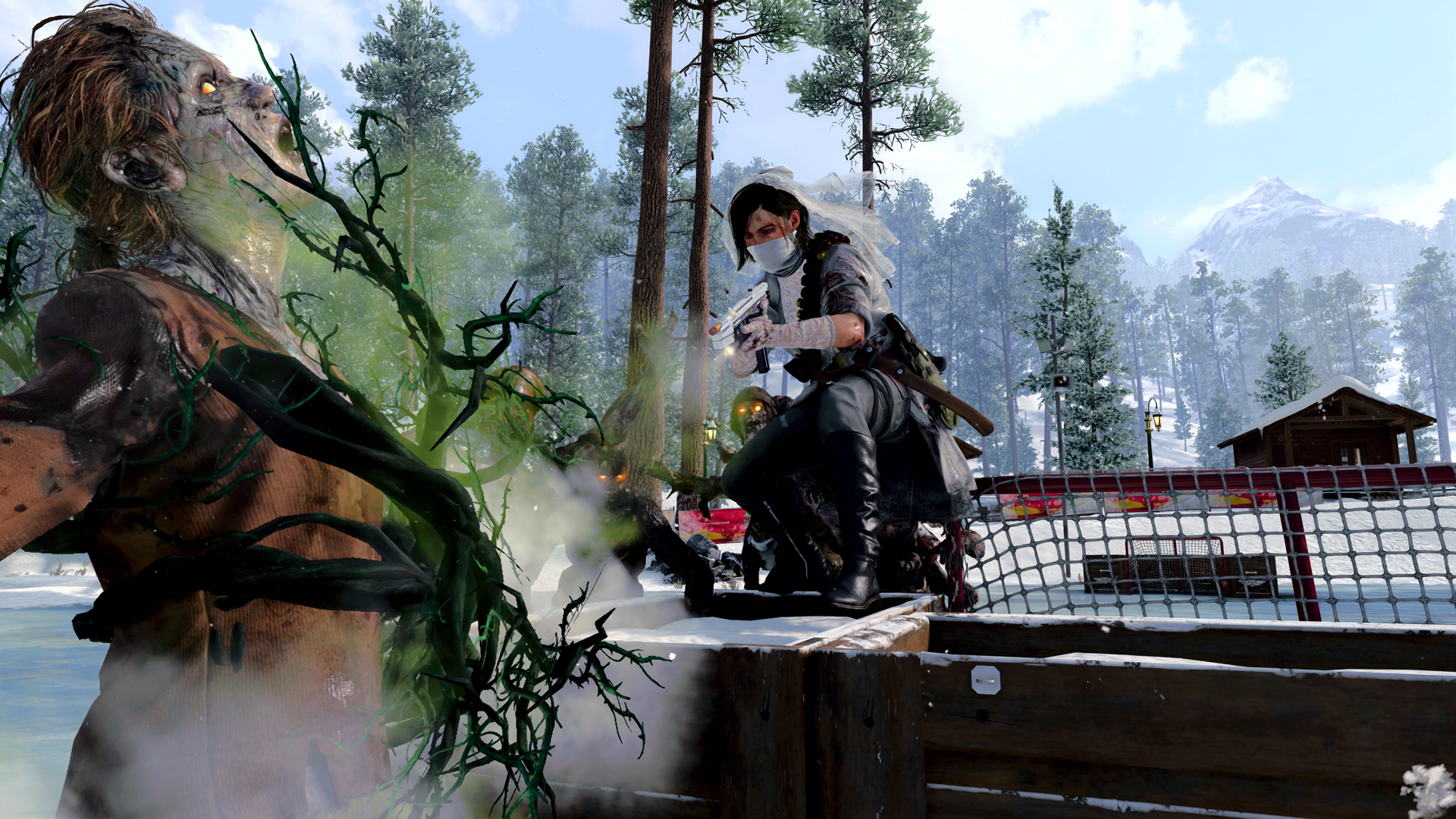 We’re kicking off the long weekend with four days of 2XP in Black Ops Cold War MP and Zombies starting tomorrow through 10AM PT Tuesday, June 1st! There’s never been a better time to unlock every Season Challenge and hit Prestige Master, so get to it.