Season Five is ending soon, and because a Triple Double XP weekend is about to start for Modern Warfare® and Warzone™, there’s no time to waste.

In celebration of Season Five’s sunset, I want to honor two of my favorite Battle Pass skins from the Season.

Both are Operators from the Allegiance, who were featured heavily thanks to the rise of Shadow Company. On the left, we have Iskra in her “Heart of Glass” skin, one that includes a bold fashion statement known as cat-adorned leggings.

And to the right, it’s my boy Yegor in his “Honcho” skin. His haircut single-handedly convinced me to not try cutting my own hair at home, but his overall aesthetic still outputs plenty of threating energy… Especially when he’s behind an anime sticker-filled shield. 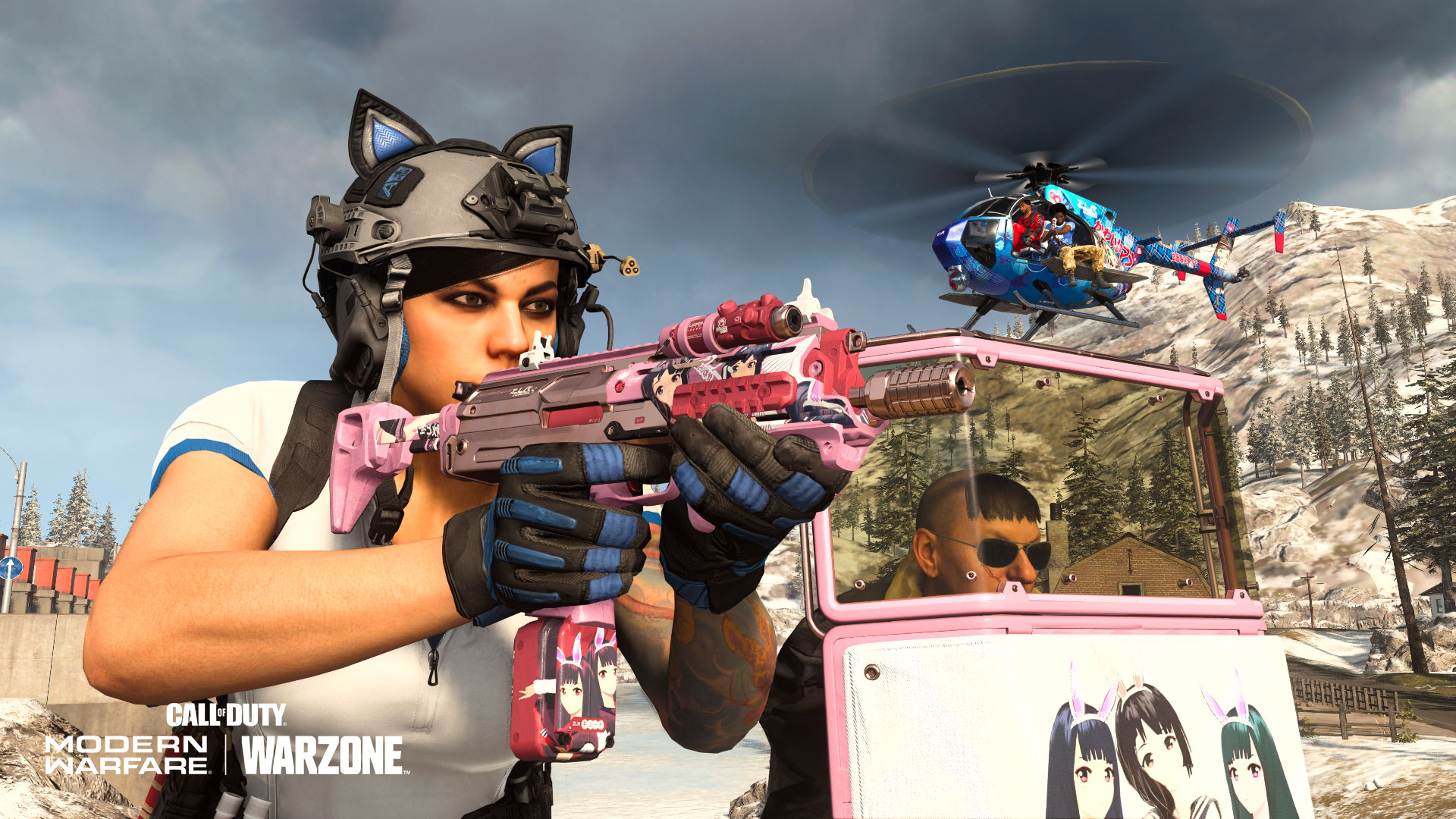 Although I usually break down the seasonal Operator Challenges at this point in the season, I can imagine that plenty of players are already making the most out of their Battle Pass well before this season is over.

Plus, there’s a more pressing tip that needs to be talked about: the Triple Double XP event that will send Season Five out with a bang.

As someone who was at different stages of ranking up across the board – some seasons I wasn’t at Max Rank by this point, while others saw me lag behind on Battle Pass progress – I wanted to lay out an extremely simple, four-step plan of attack for this weekend, so that no matter where you are on this rank up journey, you can finish the season out strong.

Here’s my personal checklist for the end of the season:

The most obvious benefit of a Triple Double XP weekend is a double earn rate for XP.

That also includes XP earned from Trials and Challenges, so if you have any leftover Trials tickets or have yet to clear every Weekly challenge, go out and make the most of this XP boost across the board.

This also brings me to “1a” on my checklist:  finish all 100 Officer Challenges.

I detailed ten of them that I felt were the hardest in a previous Rank Up Report, with the rest being a matter of time and proper preparation. Given all the XP rewards on offer, however, you’ll want to complete these challenges on the road to Max Rank, especially during this Triple Double event. 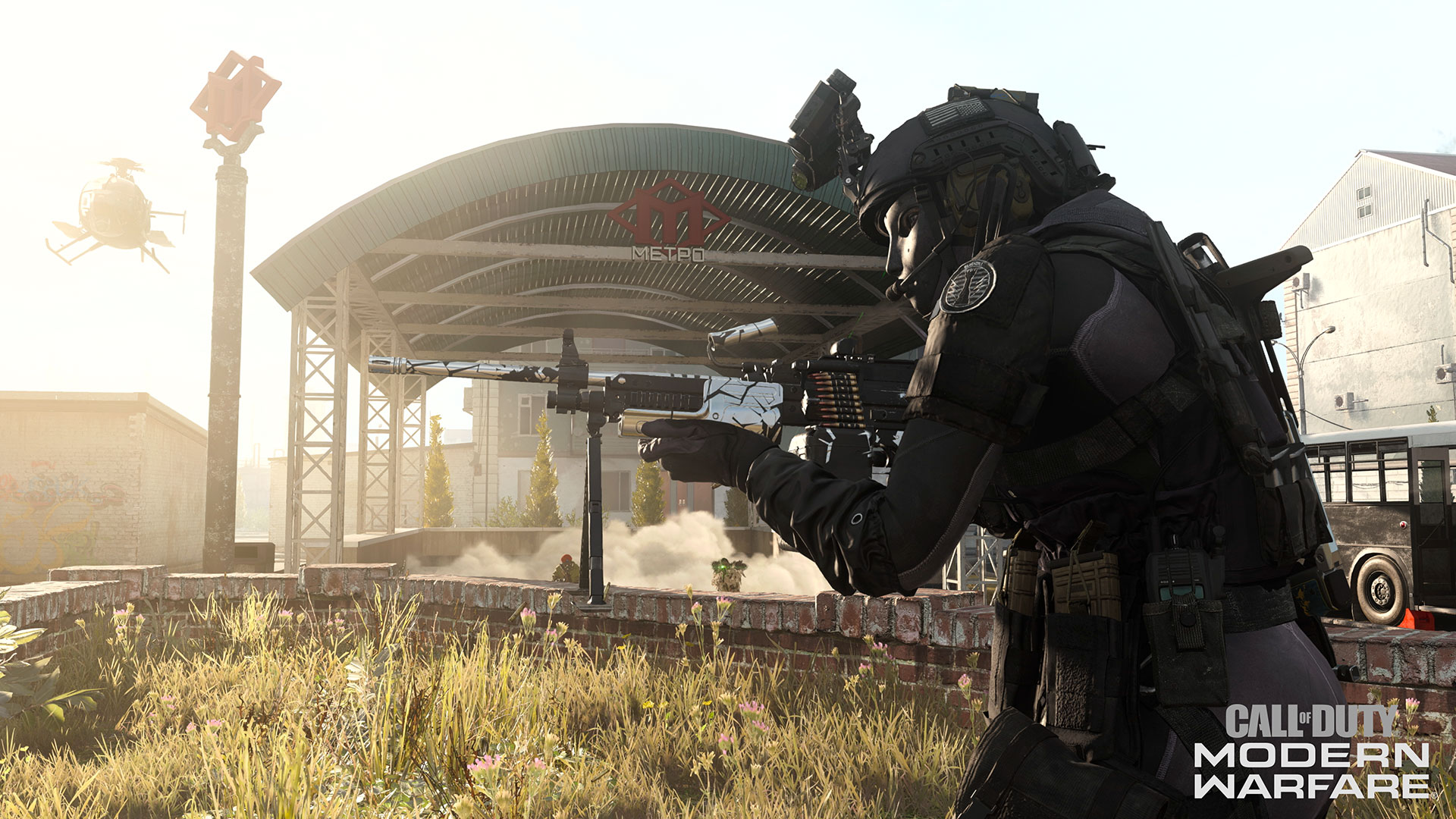 Already at Max Rank? Then now’s the time to grab all those Battle Pass Tiers thanks to a double earn rate.

After earning all 100 tiers of content, there is still plenty of value to get out of the Battle Pass, as I demonstrated through my featured Operator Iskra.

That skin is a variant unlocked via her Operator Mission, so double check that you’ve completed them all to earn those alternate skins, quips, calling cards, and tens of thousands of XP.

So, you’ve maxed out the Battle Pass and have gotten Max Rank already. What’s left to do this weekend?

Well, look at your arsenal and see what weaponry that isn’t at max level, as this weekend provides an opportunity to gain Weapon XP at double the rate.

As someone who earned Damascus Camo, being able to max out every weapon allows you to keep up if, and when, the meta constantly shifts in Warzone and Multiplayer.

In other words, don’t be left behind; get all those weapons to their max level, and in doing so, you might just make a groundbreaking discovery that’ll change the meta as we know it. 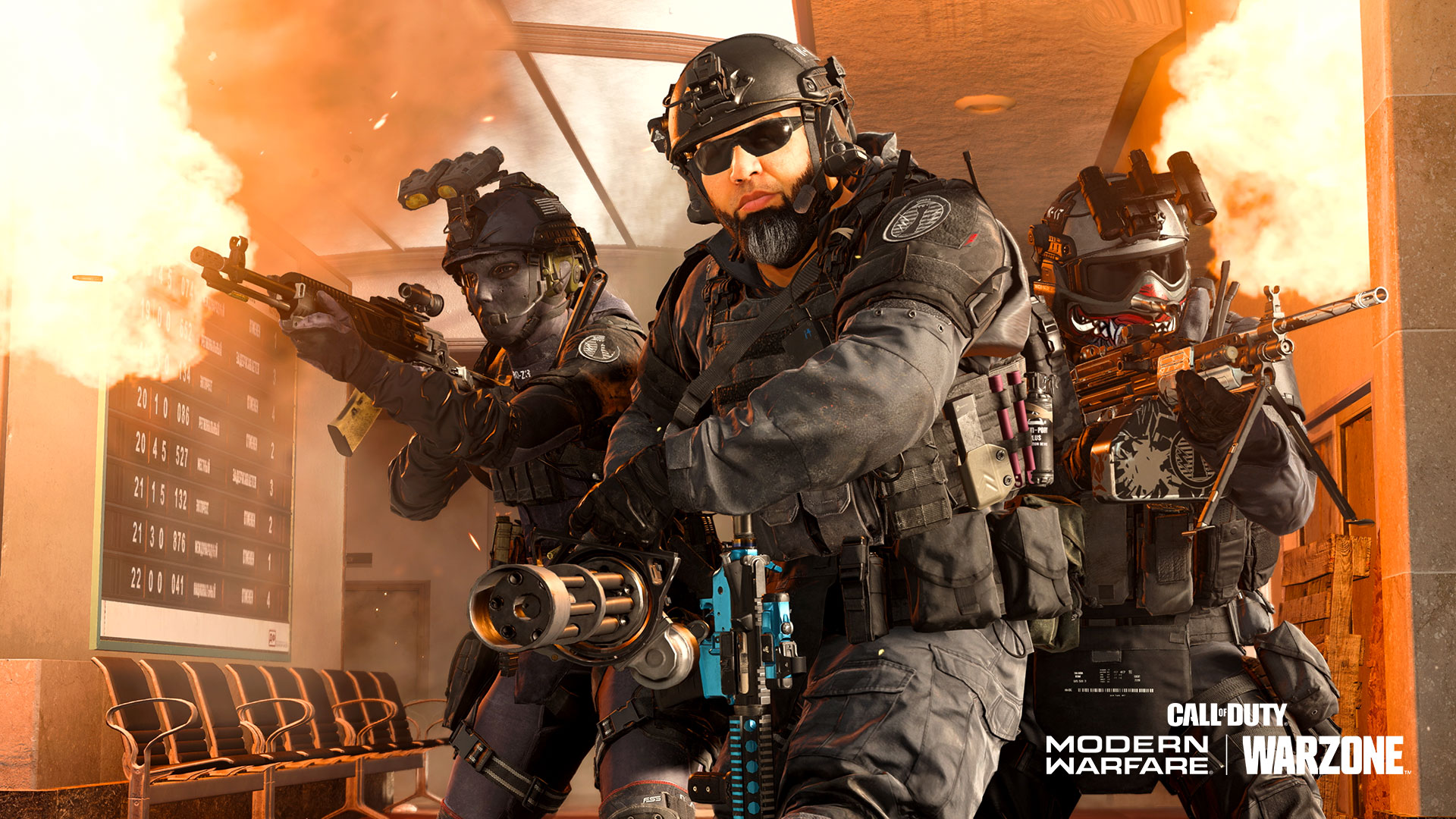 Even if you’ve maxed out everything in the game in terms of levels, there is still something left for you to do this weekend.

I personally have Damascus and a few Obsidian and Mastery Challenges under my belt, but I’ll confess that there are some greater rewards out there in this game that this Lead Writer may never earn – completing all Weapon Mastery challenges. Don’t get me wrong; I’m still going to break down how to get those cool calling cards and emblems in a future Rank Up Report, but I’m admitting that I may not be able to tackle every single one.

Which means you have an opportunity to one-up this Lead Writer at his own game… Or at least, the game he writes about every week.

If you want to prove that you are a Grandmaster of Modern Warfare and Warzone, then go out and complete every Weapon Mastery challenge. I’ve already seen a few hardcore community members do it and am impressed by their abilities, but I know there are plenty more out that can join their ranks.

Just like the Featured Operators, this Gunsmith Custom Creation segment will heavily feature what can be found in the Season Five Battle Pass, as I don’t want you to miss out on all this content.

After a few rounds of buffs, the Holger-26 has become a sleeper powerhouse in my eyes. This season’s Battle Pass included two blueprints for the weapon: the Tarpon at Tier 35… 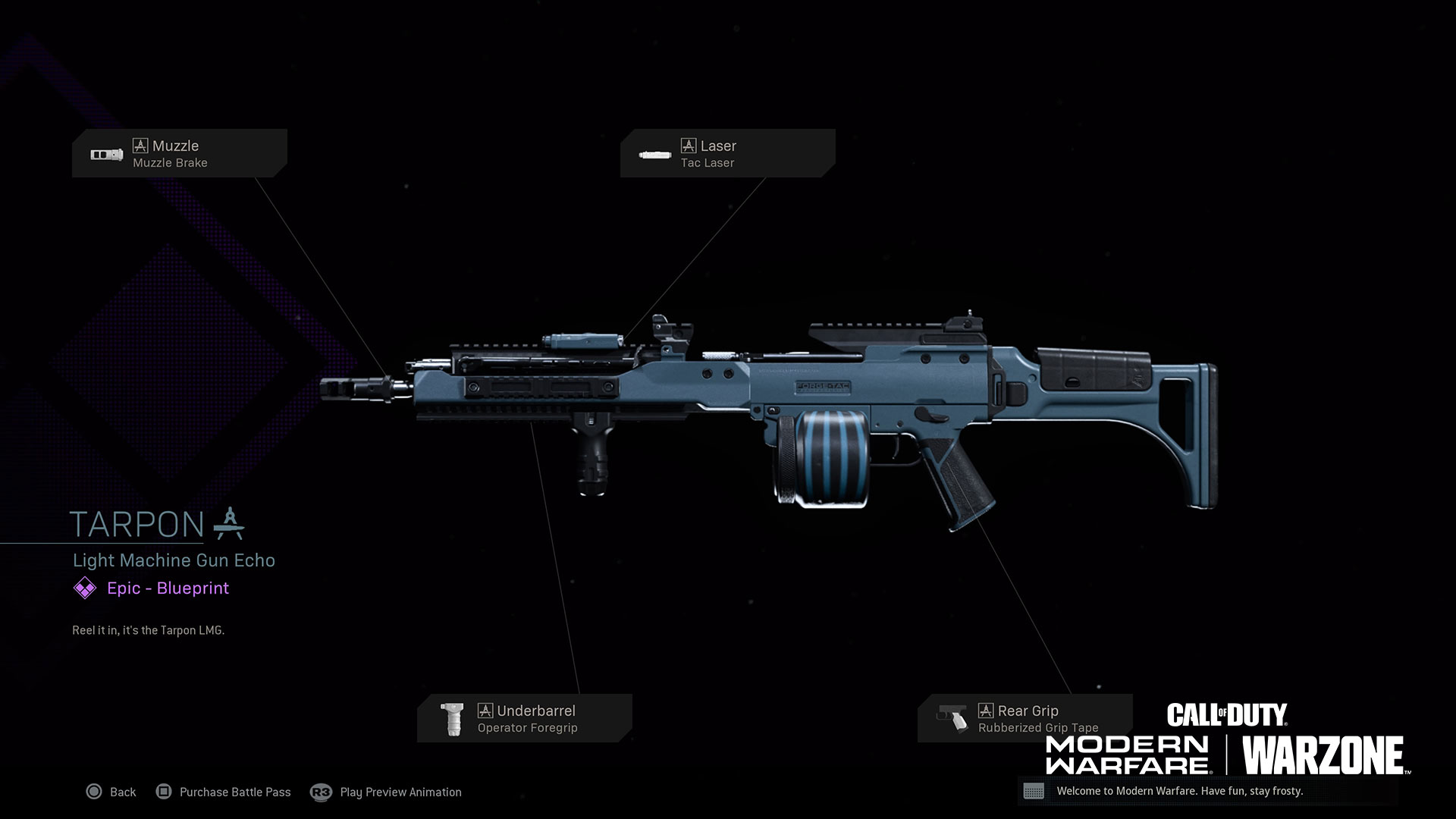 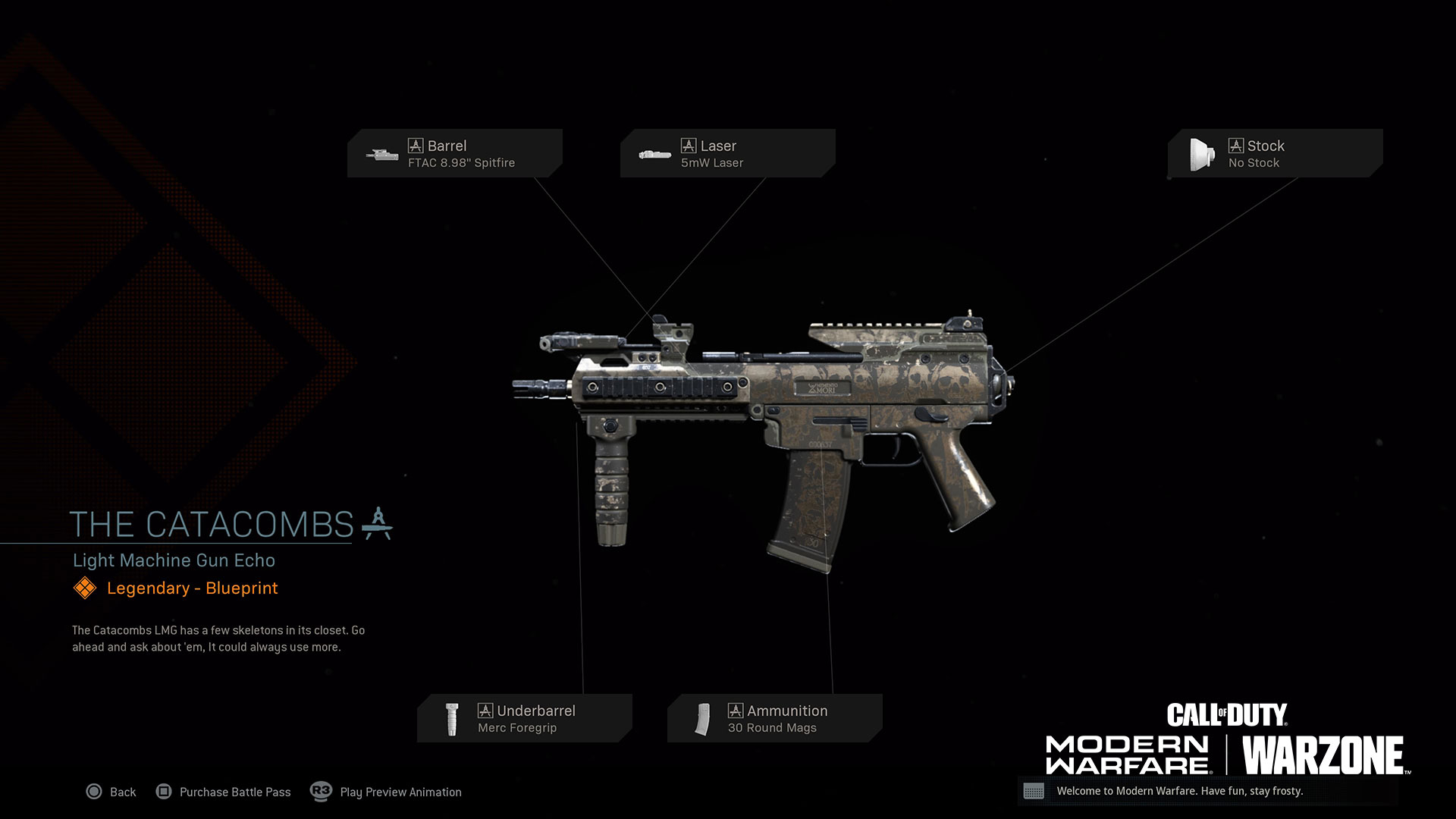 Now let’s take these two blueprints, combine them with one more attachment, and create what I simply call the “Eighty Six.” 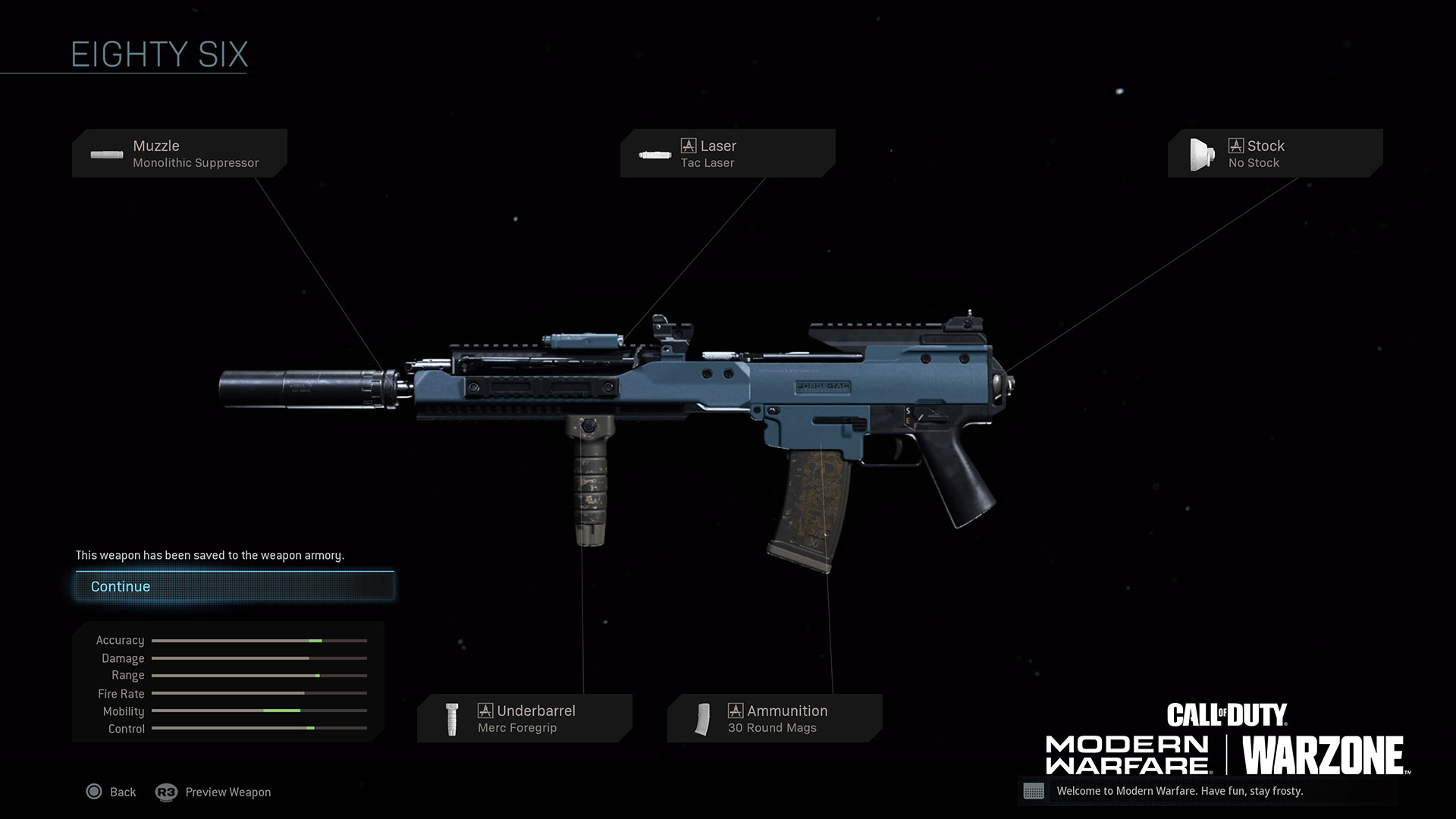 First, let’s keep that gorgeous blue camo from the Tarpon along with its Tac Laser. Next, slap on No Stock, the Merc Foregrip and 30 Round Mags from The Catacombs. Finally, we want to put on a Monolithic Suppressor (not associated with a specific blueprint).

This all results in a highly mobile LMG with a small, yet sizable, boost to range. Because I’m used to the No Stock recoil pattern and get a bit of help from the Merc Foregrip, I’m able to challenge enemies comfortably out to about 45 meters, a range that this weapon can reliably down enemies within.

I’m a bit flexible with this creation depending on what mode I’m playing. This is my exact attachment configuration for Multiplayer, but if I am in Warzone, I take off the 30-Round Mags and throw on a Corp Combat Holo Sight, as I love the wide sight picture and the Blue Dot Reticle I unlocked for all holographic optics.

… Oh right, you should probably check all optic types and see if you have all the cool reticles unlocked, and if not, that’s one MORE reason to hop on for the Triple Double XP weekend.

No matter what reason you have for dropping into Modern Warfare and Warzone this weekend, I’ll see you online.