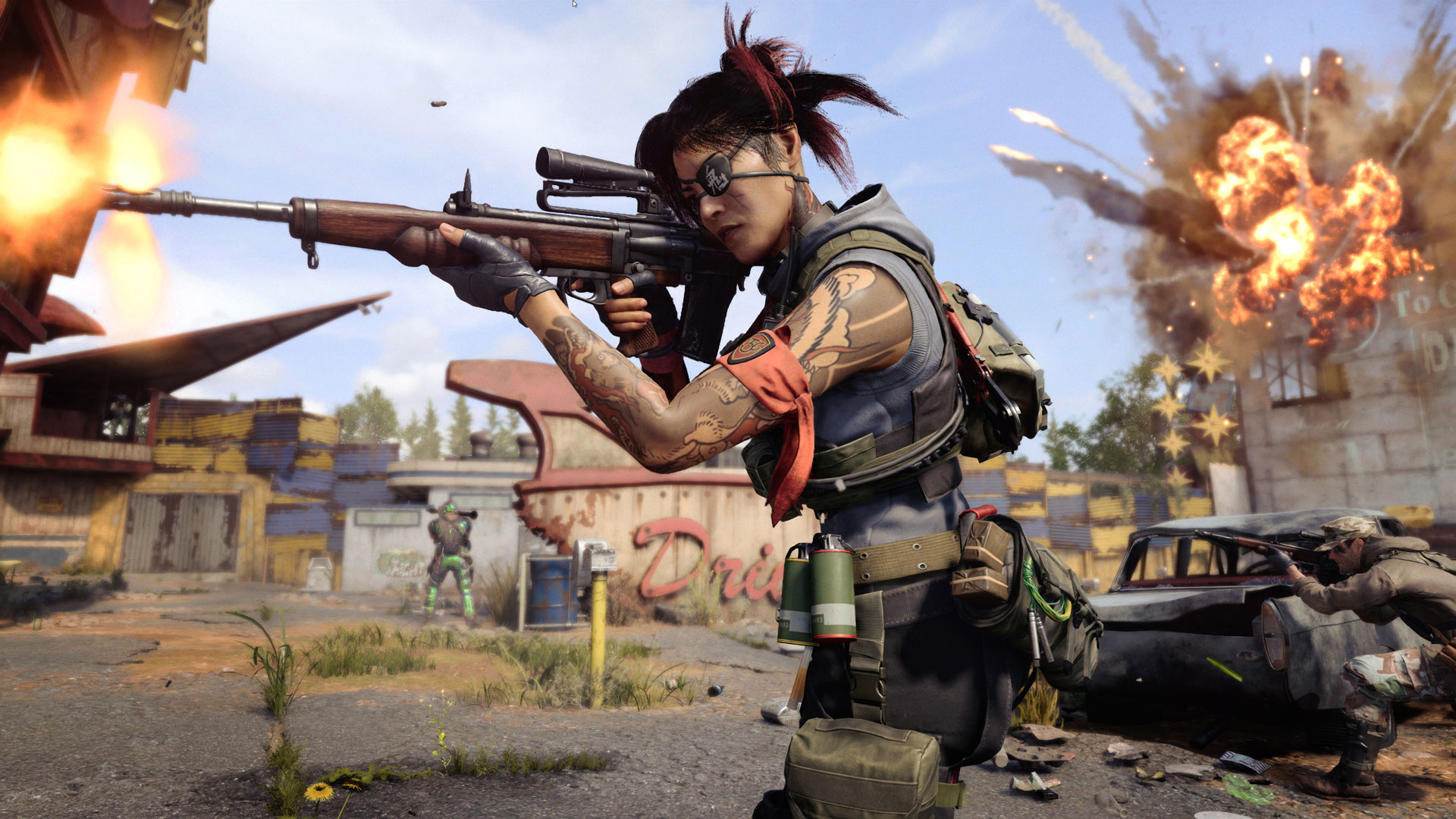 ROLL INTO DRIVE-IN THIS WEEK

We’re only two weeks into Season Five and our next 6v6 map is already here: welcome to Drive-In!

Fans of the original Black Ops DLC packs will remember this classic locale set in an abandoned drive-in movie theater, packed with sniper sightlines and tight flank routes to explore. Grab some popcorn and jump into the new Drive-In 24/7 Featured Playlist to binge on a mix of 6v6 respawn modes this week.

This is the first time we’ve brought Drive-In to the series in over a decade, so if you weren’t playing back then, this one’s a completely new 6v6 experience for you. And to all the O.G. fans... welcome home.

We’re also delivering a special up-close-and-personal version of Season Five’s newest mode today with Double Agent: Melee. The action gets even sneakier in this custom-made game of deception, with only Melee weapons and Finishing Moves allowed – no more shooting first and asking questions later.

After infiltrating your games as Double Agents ourselves and hearing your feedback, we've made a change to start all players with no weapon, and we’ve replaced all loot weapons with Melee weapons. We've noticed that panic tends to ensue once the gunfire begins, and it can be difficult to track what's going on. The goal with replacing ranged weapons with Melee weapons is to slow things down a bit and get players to commit to an elimination.

Not all weapons have been replaced with Melee weapons, though – Investigators can still earn the Hand Cannon and Double Agents can still earn the Combat Bow. With less gunfire going on, players should be able to keep a closer eye on suspicious behavior in order to uncover the identity of the Double Agents. While these changes will be live in the Double Agent: Melee Featured Playlist, players can continue to play Double Agent with ranged weapons as loot weapons in Custom Games by setting the Loot Weapons option to the Guns setting.

Remember, teamkilling a fellow Operative that isn’t a confirmed Double Agent will also result in your death, so play the objective and use those voice comms if you want the W.

Today’s update also includes the return of Knife Fight 3v3, plus new Zombies fixes related to Death Perception, Exfil, the Grapple Gun in Outbreak, and more. As the team continues to investigate some particularly tricky issues with the Apply Blueprint feature in Zombies, we’re also planning new weapon tuning adjustments for the TEC-9, EM2, and PPSh-41 for our next update... watch for those patch notes in the near future. 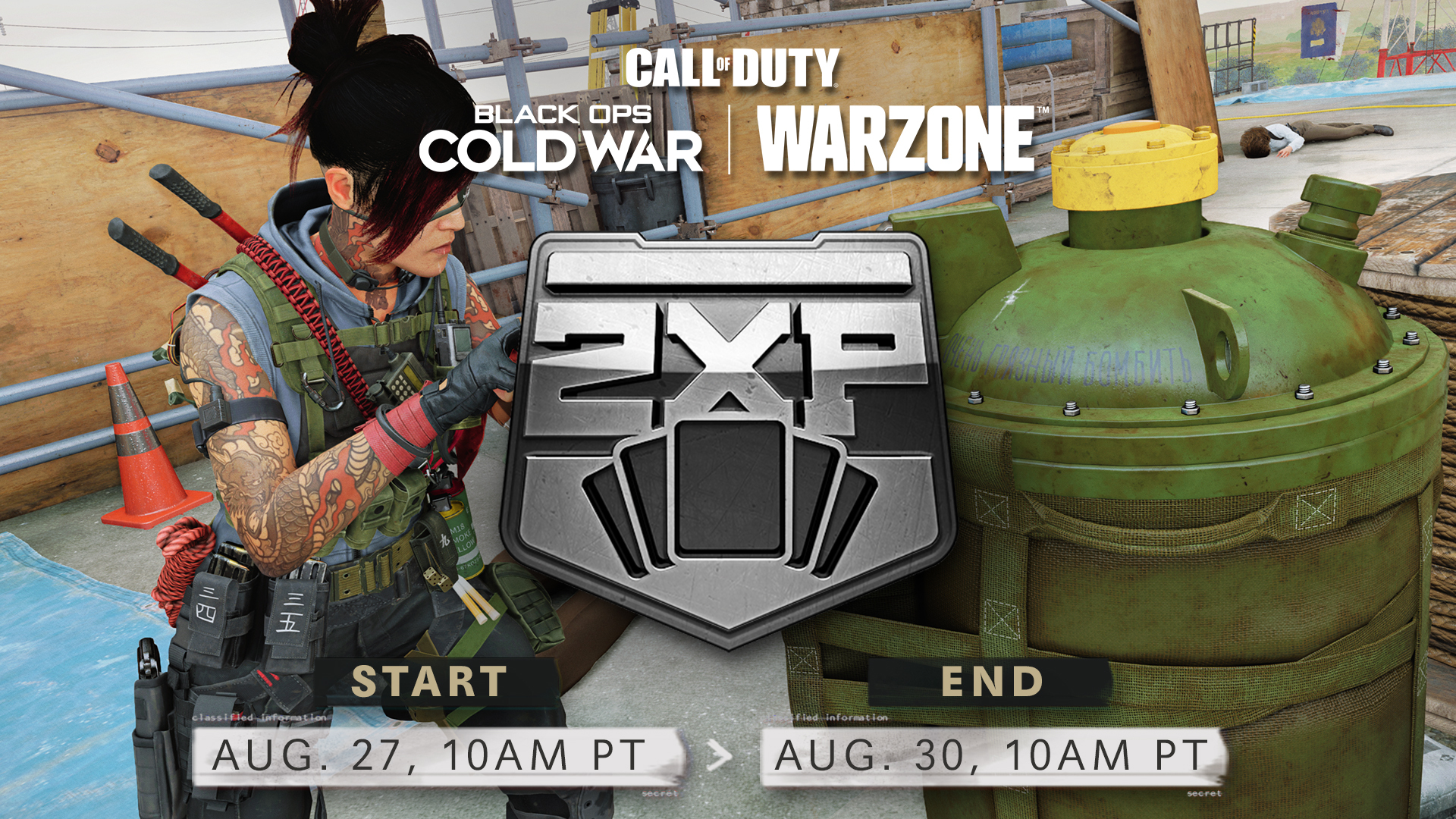 Got your eye on something special in the Battle Pass this season? Maybe it’s the TEC-9 at Tier 31, or the free World at War Mixtape at Tier 72? Either way, we’ve got you covered. Starting tomorrow, everyone gets Double Battle Pass XP in Black Ops Cold War and Call of Duty®: Warzone™ through August 30th!

Onto what’s new in today’s update: