Live today for the Call of Duty® Companion App, the expanded Combat Record is now available for Blackout, as well as Loadout manipulation with real-time, in-game equipment swapping!

Inspect the most recent Call of Duty Companion App and gather further intel in your player hub! This new update offers enhanced details about your Blackout weapon use in Combat Record, to the same level of detail you experienced with the previous Multiplayer update to Barracks. Plus, you’re now able to change and equip your Custom Class Loadouts as often as you wish, with updates to your in-game account in-between matches! Here are the information drops to check out: 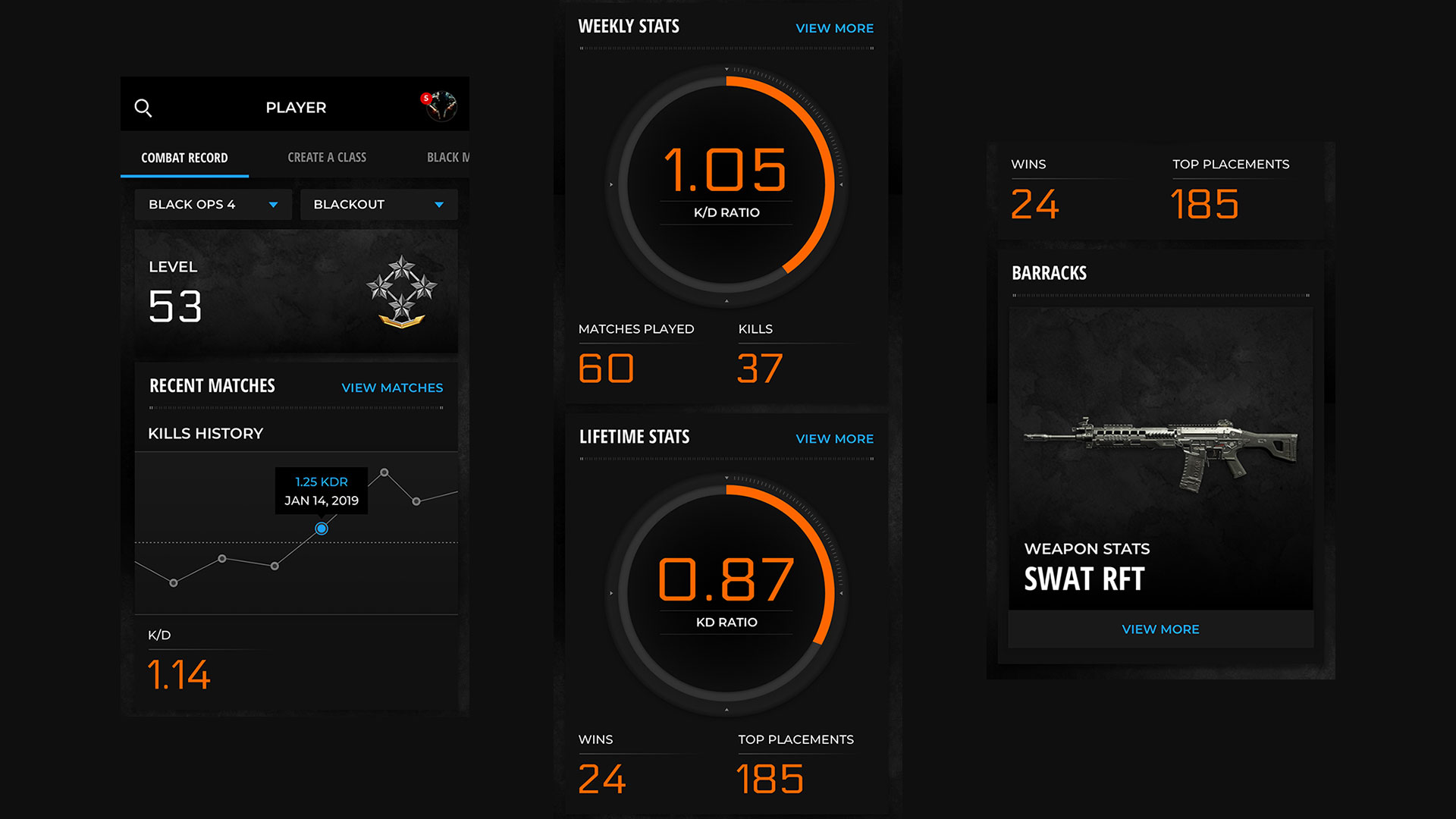 Choose Blackout in the Combat Record tab and enter the Barracks, where you’ll now find a similar selection of statistical data for Call of Duty®: Black Ops 4 Blackout weaponry that was available in Multiplayer. 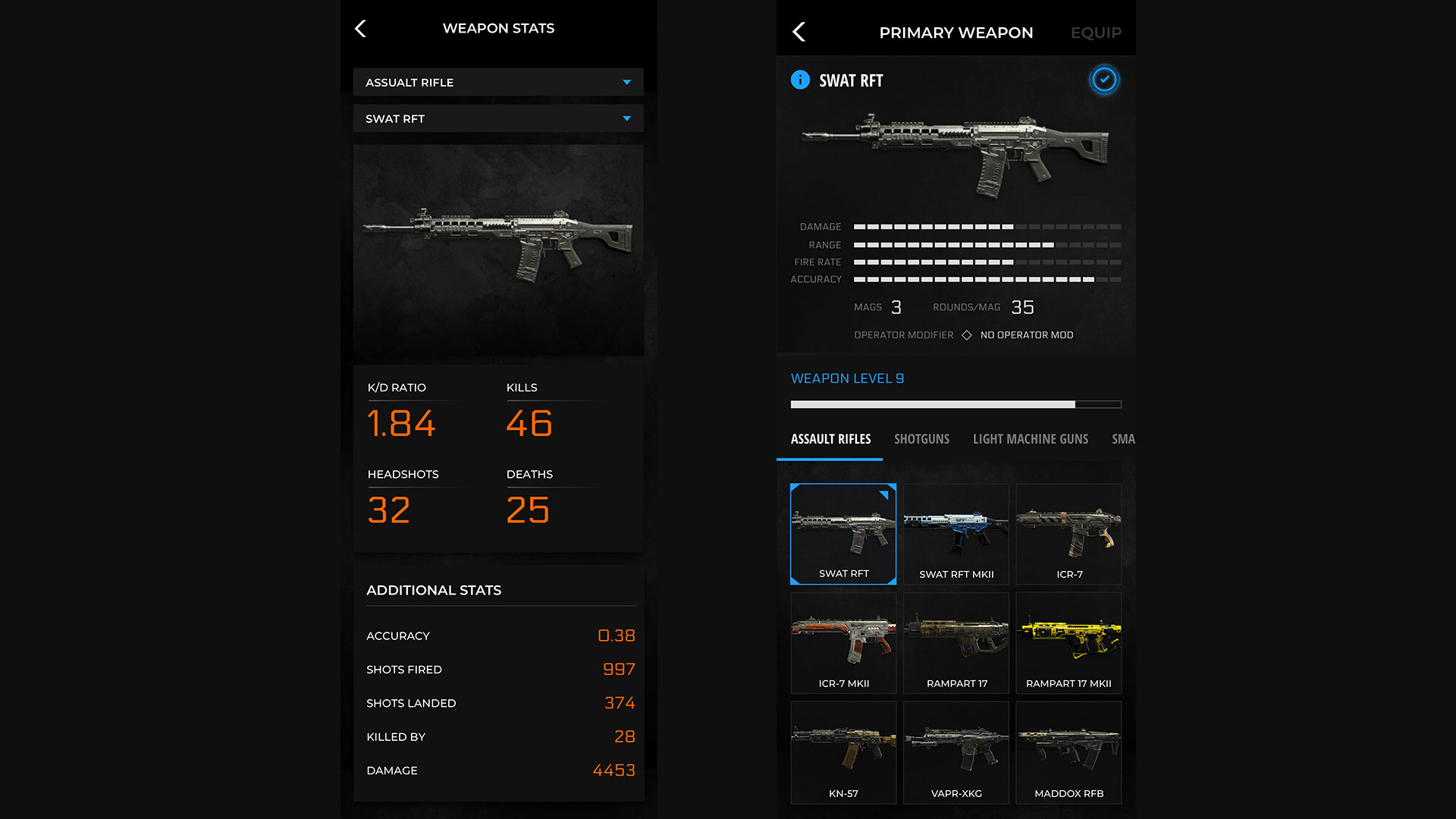 Also available today is the Loadout Editor, accessible from the Create a Class menu. Simply select the Custom Class Loadout you wish to manipulate, then pick the Primary Weapon (with Optics and Attachments), Secondary Weapon (with Optics and Attachments), Gear, Equipment, Perks, and Wildcards just like the in-game Create a Class menu; the App Loadout Editor features all the statistical and explanatory data, but offers a quicker way to swap out items, attachments, and other gear.

Taking the ICR-7 weapon as an example, you’re quickly able to swap out the Optics so you can pick between the six attachments on offer (Reflex, Recon, Holographic, Dual Zoom, Threat Detector, and NVIR). With Attachments, you also have up to six options (Grip, FMJ, Quickdraw, Laser Sight, Grip II, and Long Barrel in this example). MKII weapon variants are also available to inspect and augment.

The App menu also instantly shows equipment you’ve yet to unlock; tap an inaccessible piece of kit and you’re informed about the unlock requirements.

Where this Loadout editor becomes incredibly useful is between matches. Up until now, you could only change Loadouts in the Create a Class in-game menu, and many players didn’t have enough time between matches to swap out new equipment. Not any more: Now you can switch out loadouts on the app as often as you want, and between each match, any changes are updated, ready for you to use during your next match!

This update to the Call of Duty Companion App is now available, both at the Apple Store (around 10AM PDT May 1) and Google Store (within 24 hours after 9AM PDT May 1). Download it today and take Call of Duty data with you wherever you go.