Modern Warfare is nothing without its weapons. Sticks and stones may break bones, but they are far from effective against the high value targets you’ll be facing in Campaign and Special Ops, and next to useless on fellow Tier One Operators in Multiplayer.

How to effectively deal damage is one of the first things you learn in Call of Duty: Modern Warfare and is the main mechanic of the game itself, yet it is a common place of improvement across all skill levels.

Whether you are new to Call of Duty or a veteran looking to level up their game, this is your guide to dealing damage in Modern Warfare: 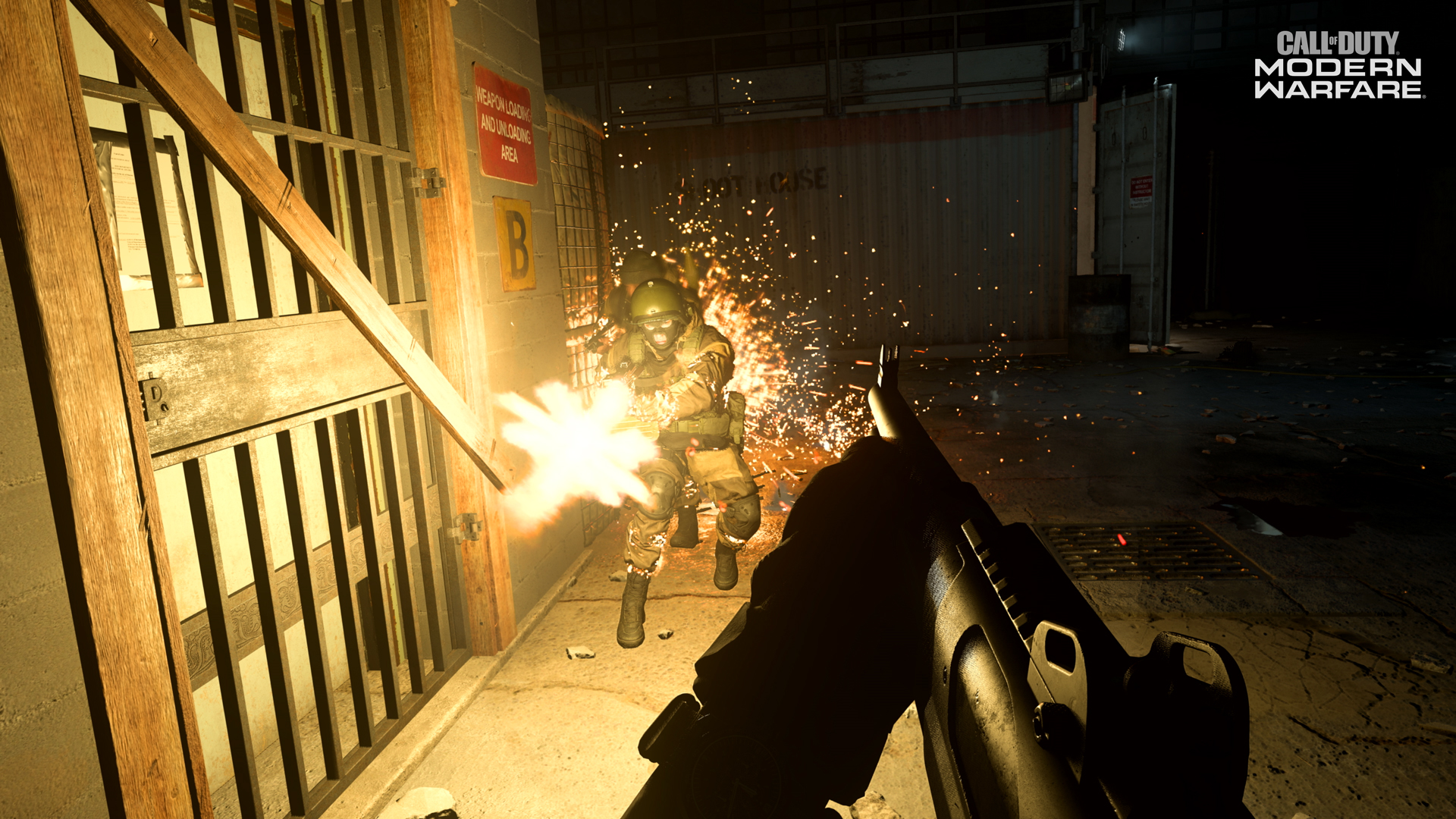 Firing a weapon is done by simply tapping the fire button, typically right trigger on a controller. Depending on the weapon, pressing fire can provide a single shot, a burst, or continuous fire for fully automatic weapons. 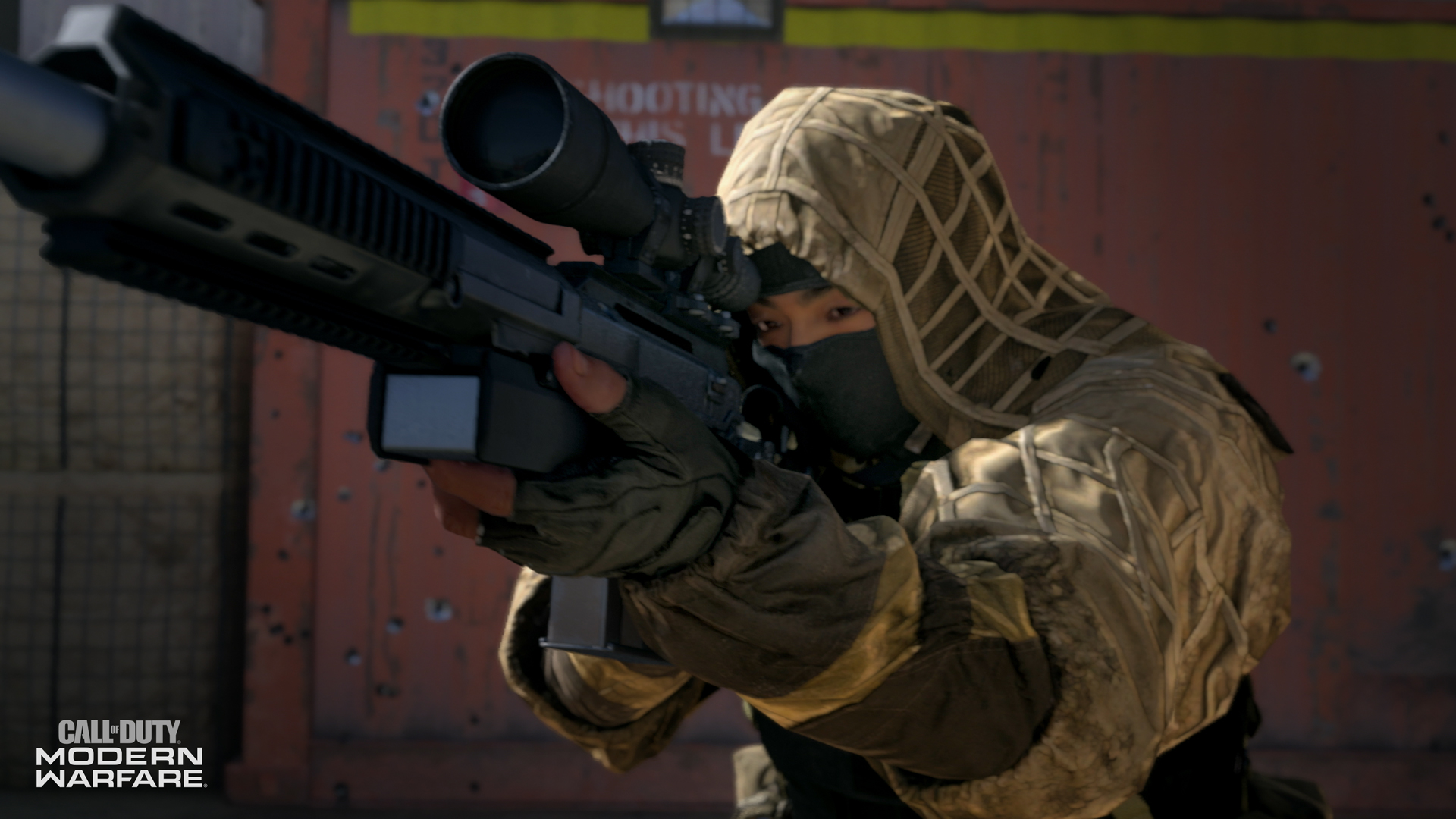 Pushing the ADS button, typically left trigger, will cause your Operator to aim down a weapon’s sights. This is what it will look like: 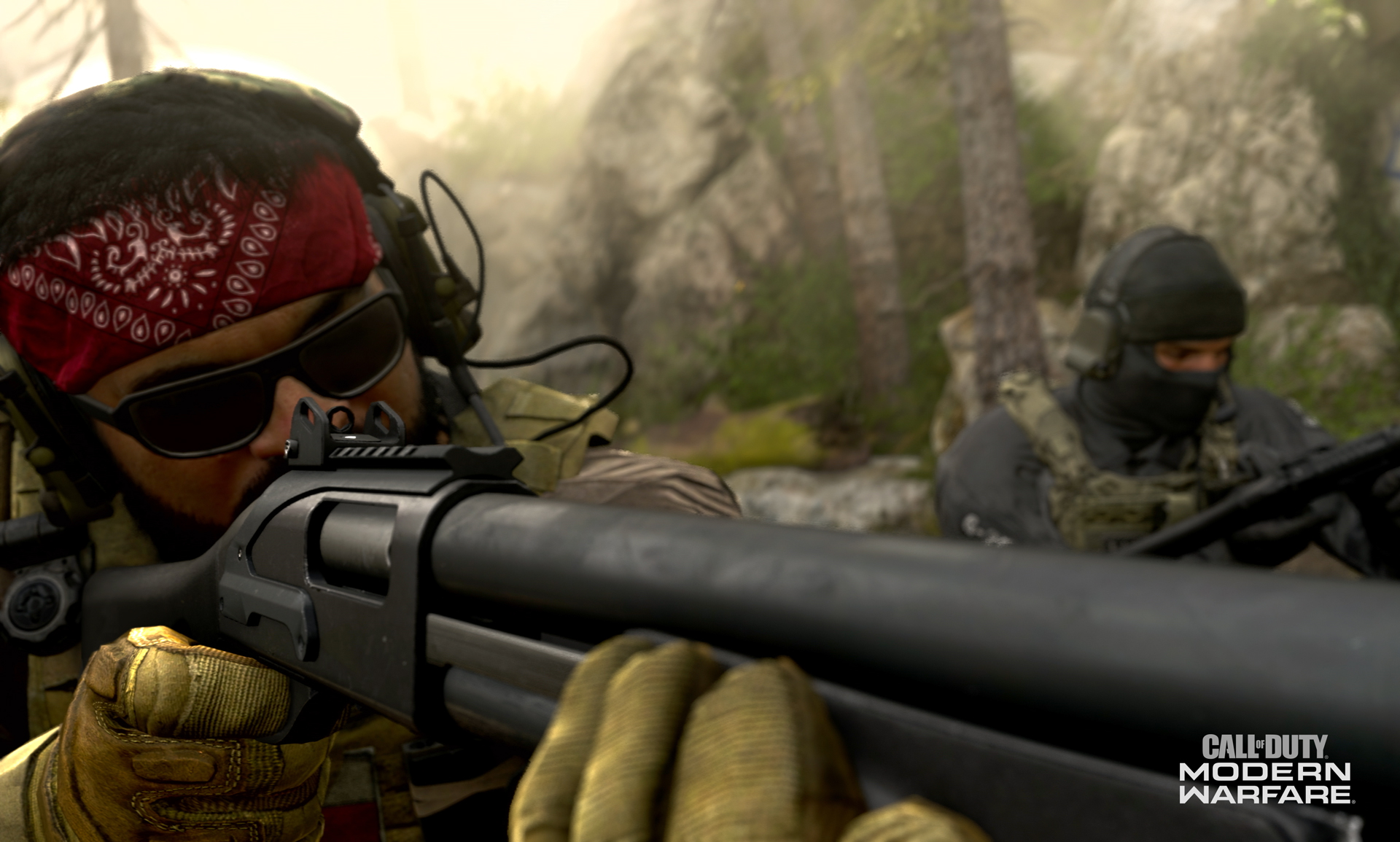 Whether you decide to hip-fire or aim down sights, your operator will not be able to hold the weapon steady after it is fired, especially if the weapon is fully automatic.

Recoil is a major part of using weapons in Modern Warfare, and it varies by weapon. Some may kick straight up dramatically, while others will drift over, up, and to the right.

In short, recoil is why those first two GIFs show our operator’s weapon drifting upwards and to the right. In order to have accurate and sustained fire, one must account for the recoil pattern and manually adjust aim accordingly.

An example of hip-firing with directional aiming.

Manually adjusting aim can also be done while hip-firing. 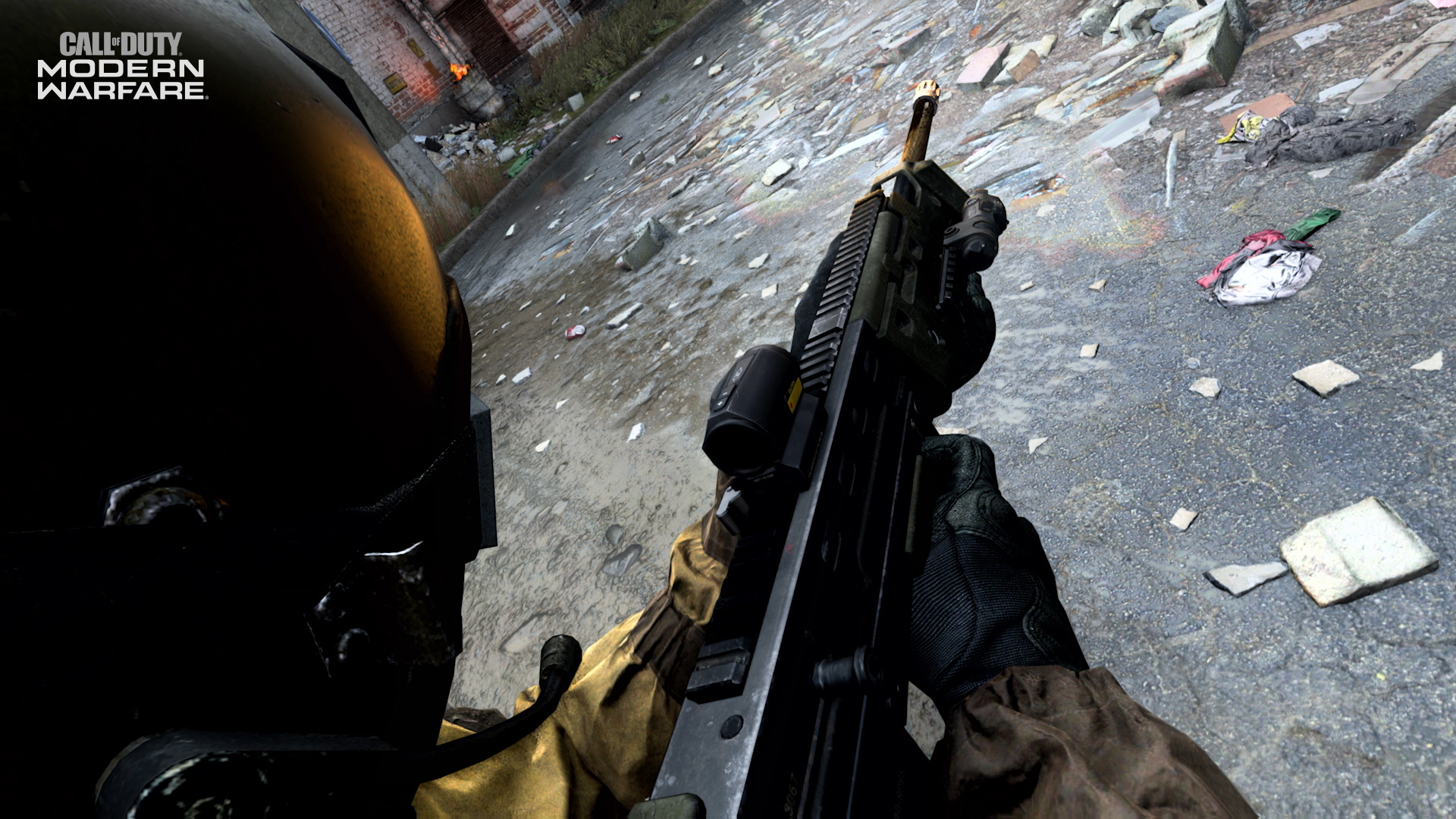 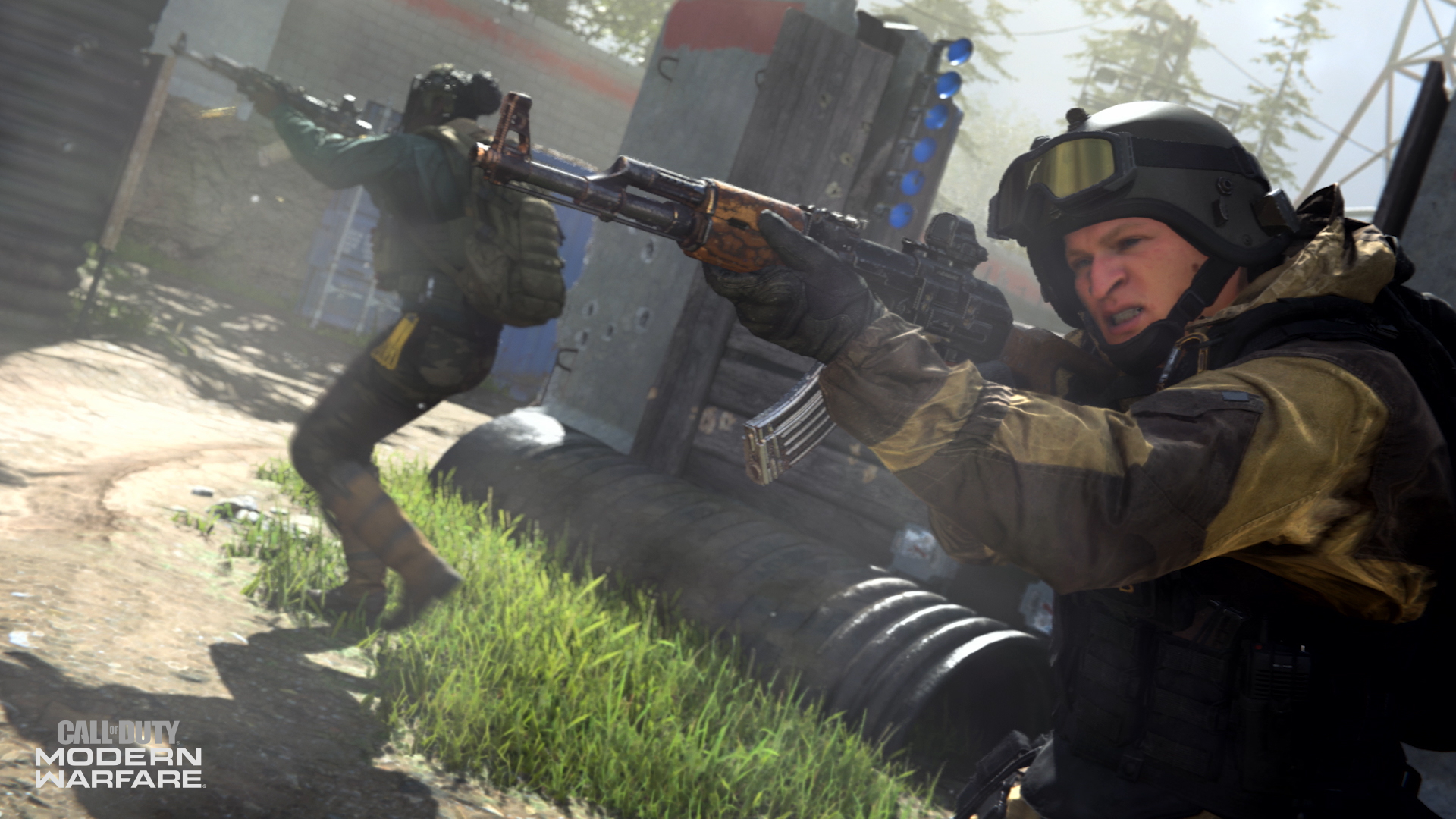 We’ll dive deeper into weapons during our Loadout Basics Guide, but for now, here’s a quick overview of each weapon type that only covers effective ranges and recommended firing rates: 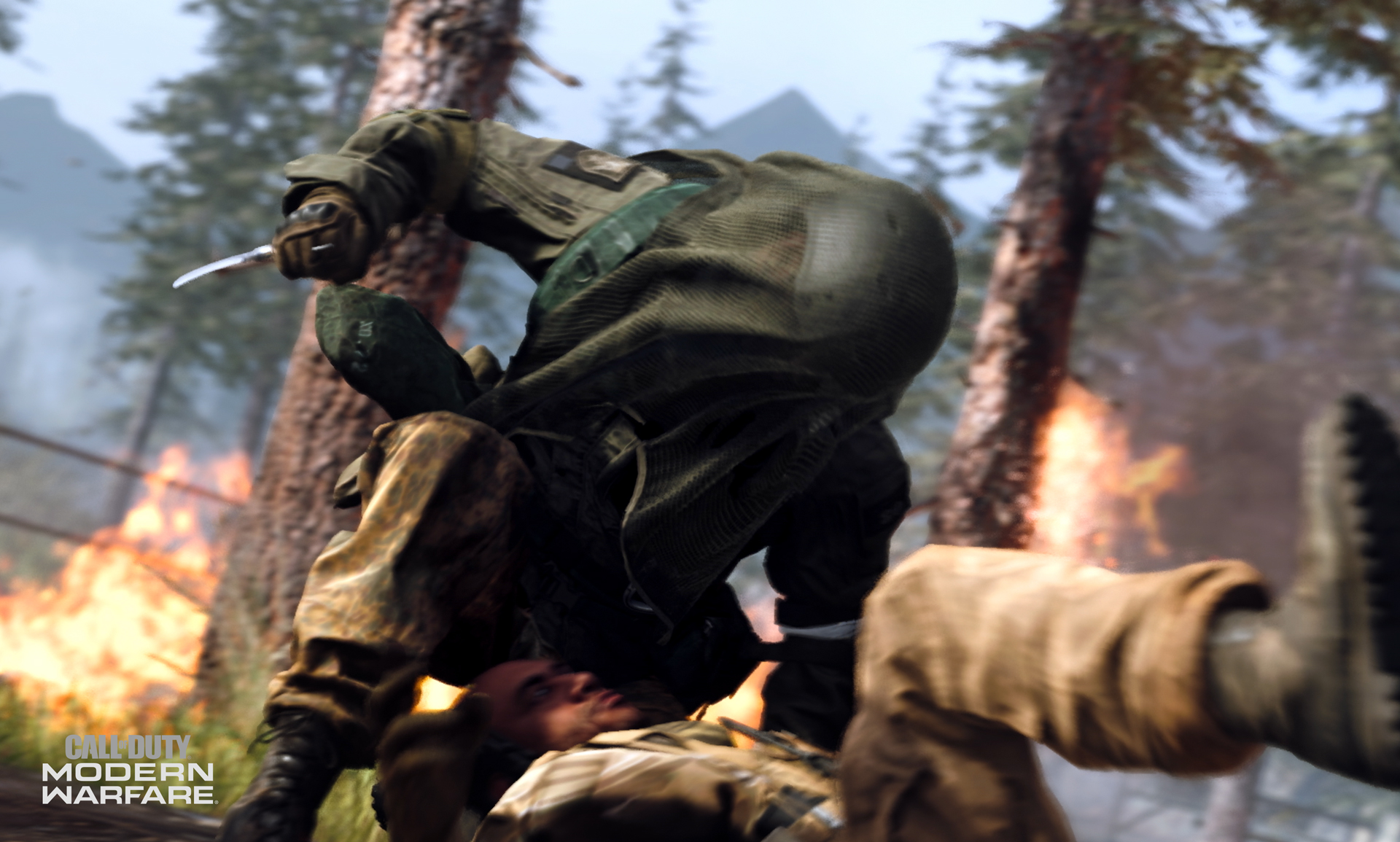 While we can make a case for every weapon in the game, what if you are uncomfortably close to an enemy? Like, so close that you could smell the meal he had for breakfast? Or what if you suddenly find yourself right behind an enemy after going around a corner?

Normally, melee attacks in Modern Warfare aren’t one-hit knockouts; you may have to bash the enemy a second time to bring them down. However, if you are able to get behind them and hold the melee button down, you can pull off a Finishing Move, a powerful move that will decimate and humiliate your foe.

An example of a finishing move.

There are also certain weapons, such as a Combat Knife, and weapon attachments, such as a Breacher Device, that allow for one-hit melee kills.

A melee attack is the fastest way to deal damage at extreme-close ranges, becoming an essential part of an Operator’s toolkit in combat. Furthermore, it’s also the most silent way of dealing damage; hitting an enemy with a melee attack will not appear on the enemy’s mini-map, making it a viable choice for when stealth is needed. 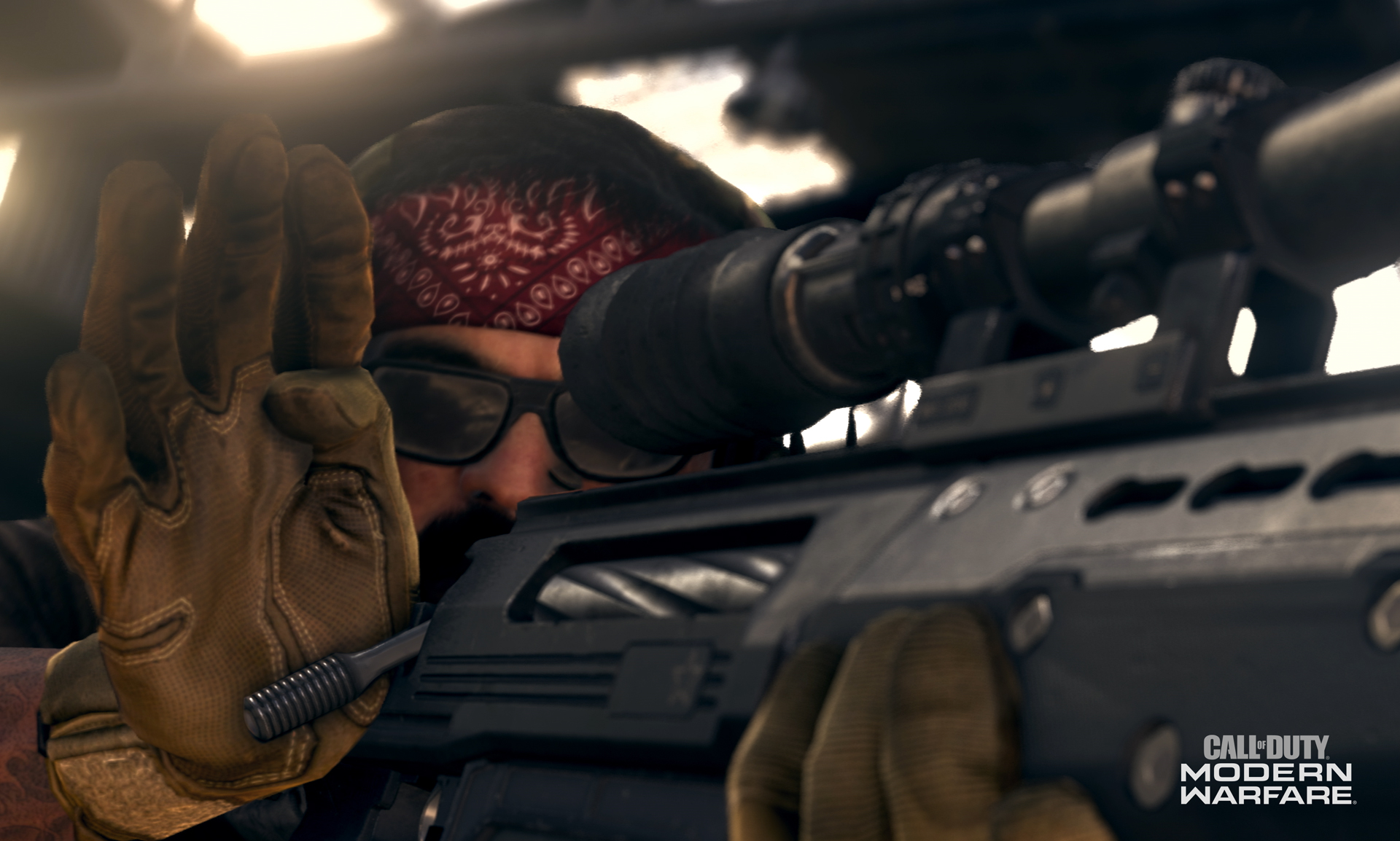 9. Check your fire! Know the fire method of your weapon – from full-auto to bolt-action – to see how many times you need to use the fire command. (In the majority of cases, this information can be found on the bottom right corner of the screen)

8. Hip-firing – firing a weapon without aiming – could be effective at shorter ranges where getting the first shot is more important that accuracy.

7. On the flip side, when an engagement is one at a longer range, try aiming down a weapon’s sights for more accurate and precise fire.

6. Not all weapons are created equal; learn your weapon’s effective range and recoil pattern to master its damage-dealing capabilities.

5. Using a combination of hip-firing and aiming down sights could be viable in scenarios when fast, accurate fire is needed at a medium to short range.

4. Pre-aiming – aiming down sights before going around a corner – could be helpful for those who can predict enemy movements and locations well… Or have an active Killstreak or Field Upgrade active that provides enemy intel.

3. When the enemy is within a foot of range, or when stealth is needed, considering using a melee attack instead of firing a weapon.

2. Finishing Moves are one-hit kills and can be performed by holding the melee button when you are directly behind an enemy.

1. Final tip: Switching to a pistol is always faster than reloading.

Have fun playing, and we’ll see you online.