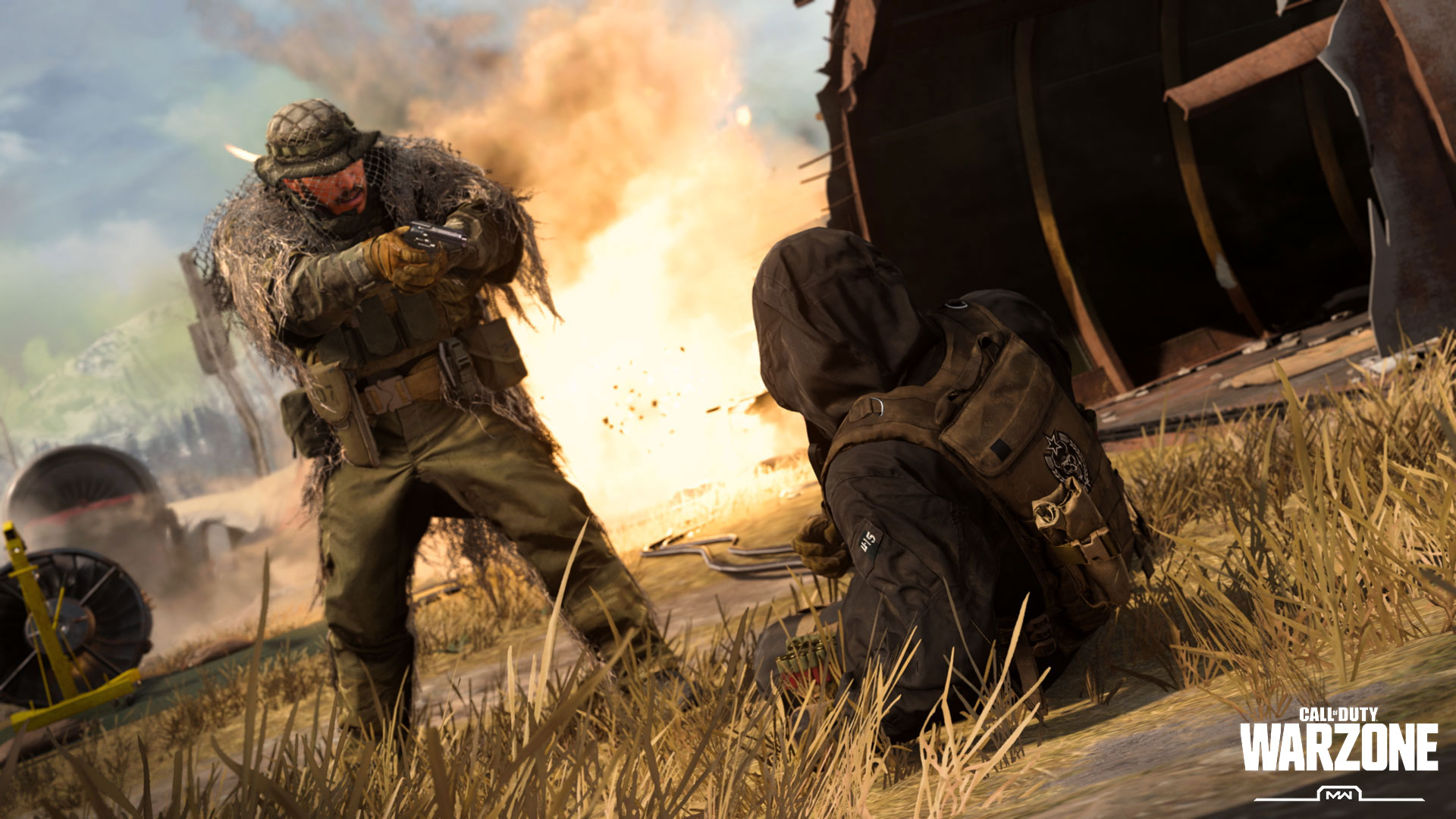 With hundreds of Supply Boxes and thousands of Ground Loot spawns across the entirety of Verdansk, there is no shortage of weapons to go around in Warzone. But what defines the current loot meta as Season Three gets under way?

Theoretically speaking, any weapon can lead you to a victory in Warzone, but only if you play to its strengths and your opponents’ weaknesses.

Yes, Loadout Drops are the premiere loot findings in Warzone due to their versatility, customization, and scalability into the late game, making them a primary objective in many a top Operator’s keys to victory. However, what are the weapons that will help those Operators survive long enough in the early game to see – or purchase – a Loadout Drop?

That’s what makes the changes to the weapon loot pool that came with Season Three – and the future balancing passes, additions, and subtractions – so important.

After infiltrating or re-entering combat, here’s what you need to know about the weapons you’ll find to build your loadout as of this publishing date: 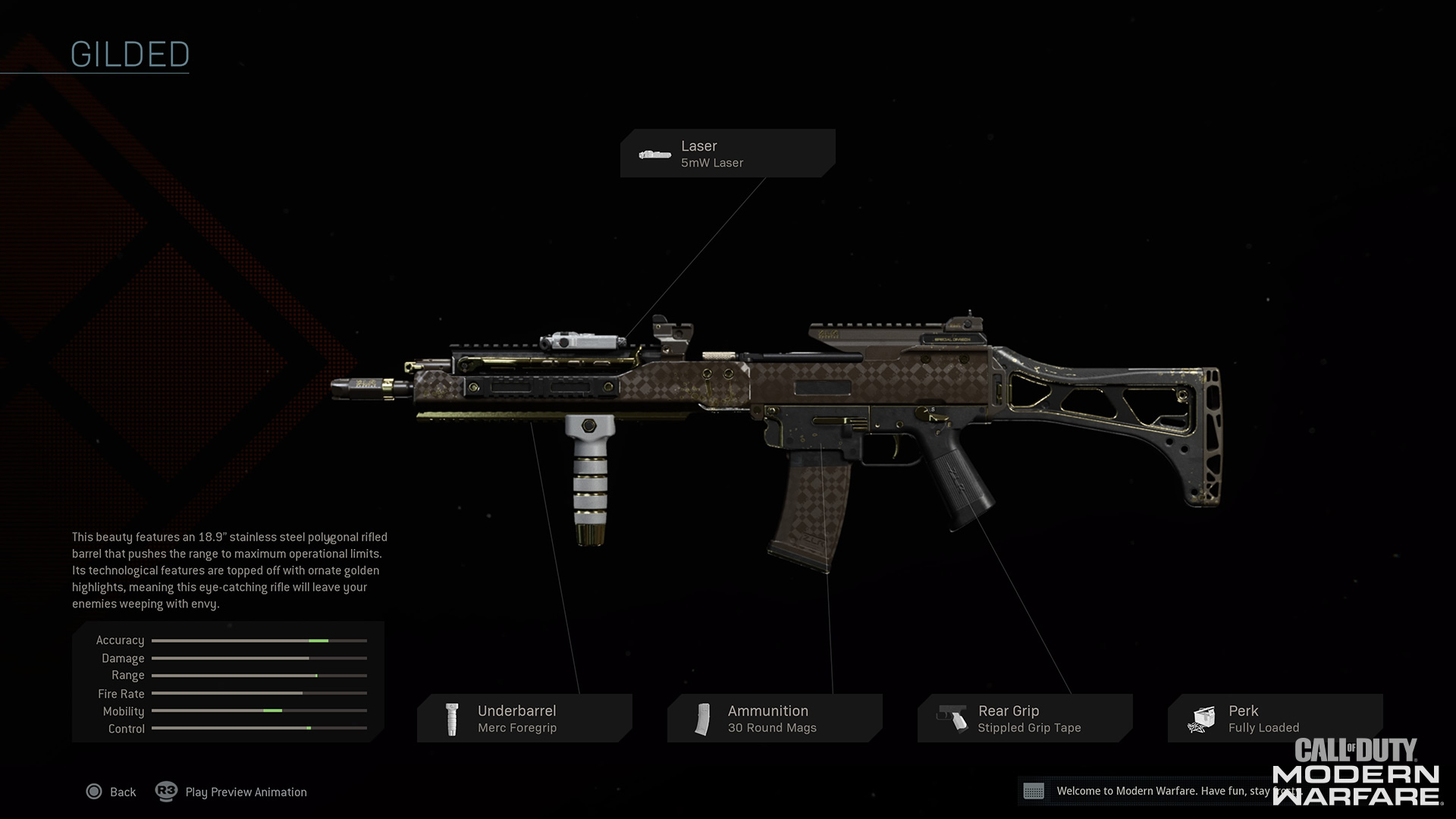 The Warzone Word on Blueprints

Within Warzone, you will find Rare, Epic, and Legendary weapons that are actually weapon blueprints, which you can unlock in the Battle Pass, Store, or through certain challenges. Weapon blueprints not only look cool, but also come pre-packaged with attachments that are cosmetically different to what you would see if you put that same attachment on that weapon’s base version.

Above is the blueprint – with its included attachments – for the Gilded, an LMG found in Warzone. If you view this exact blueprint in your Loadout, it will have the exact shown above attachments, unless you swap them out in the Gunsmith.

However, as a lootable weapon in Warzone, the Gilded comes with some slight changes. It is classified in the loot pool as a silenced LMG, which also means one of its attachments has been swapped out for a Suppressor. The Gilded weapon in Warzone also features a hybrid sight and 100-round clip  – the standard for the LMG Echo.

Basically, this means the above Modern Warfare Multiplayer and Special Ops configuration for the Gilded LMG isn’t exactly what is found as loot in Warzone’s Verdansk, but it feels and plays similarly to its non-adjusted blueprint form.

Not only do these changes help keeps the weapon loot pool diverse, but it also showcases how you can make changes to your blueprint weapons through unlockable attachments. As you level up specific weapons, you can customize their blueprints within custom loadouts to make that weapon even more badass, or tailor it more to your playstyle.

Any blueprint weapon in this article is showcased in its standard form, and if you see a blueprint that seems out of place, note that it undergoes an attachment swap/upgrade within the Warzone loot pool.

Welcome to the Gun Show: Silenced vs. Unsilenced

For Season Three, one of the biggest changes you’ll see is a near-equal presence of silenced and unsilenced weapons… When applicable, that is – obviously there is no such thing as a silenced RPG.

A silencer serves one main purpose: to suppress the sound of your weapon in order to potentially hide you from nearby enemy players. A gunshot is, for lack of better terms, loud, and anything that can suppress it could help you maintain a low profile.

Keeping quiet is an essential part of survival in Warzone, as it is easy to get overwhelmed - even as a squad of four – in a massive lobby of 150 players. In other words, the less attention you may draw in a high traffic area, the less likely you’ll be caught in an all-out firefight where few, if any, survive.

However, silencers and Suppressors come with drawbacks. Depending on the type of muzzle attachment, it may slightly affect your bullet velocity – the time it takes your bullet to travel to its target, which is more important for long-range shots – aim down sight speed, damage range, or aiming stability.

Bear this in mind when picking up a weapon with “silenced” properties, even if the silencer is built into the weapon’s barrel. If stealth isn’t a big deal, then you may want to leave that silenced weapon on the ground in favor of one that fits your playstyle. 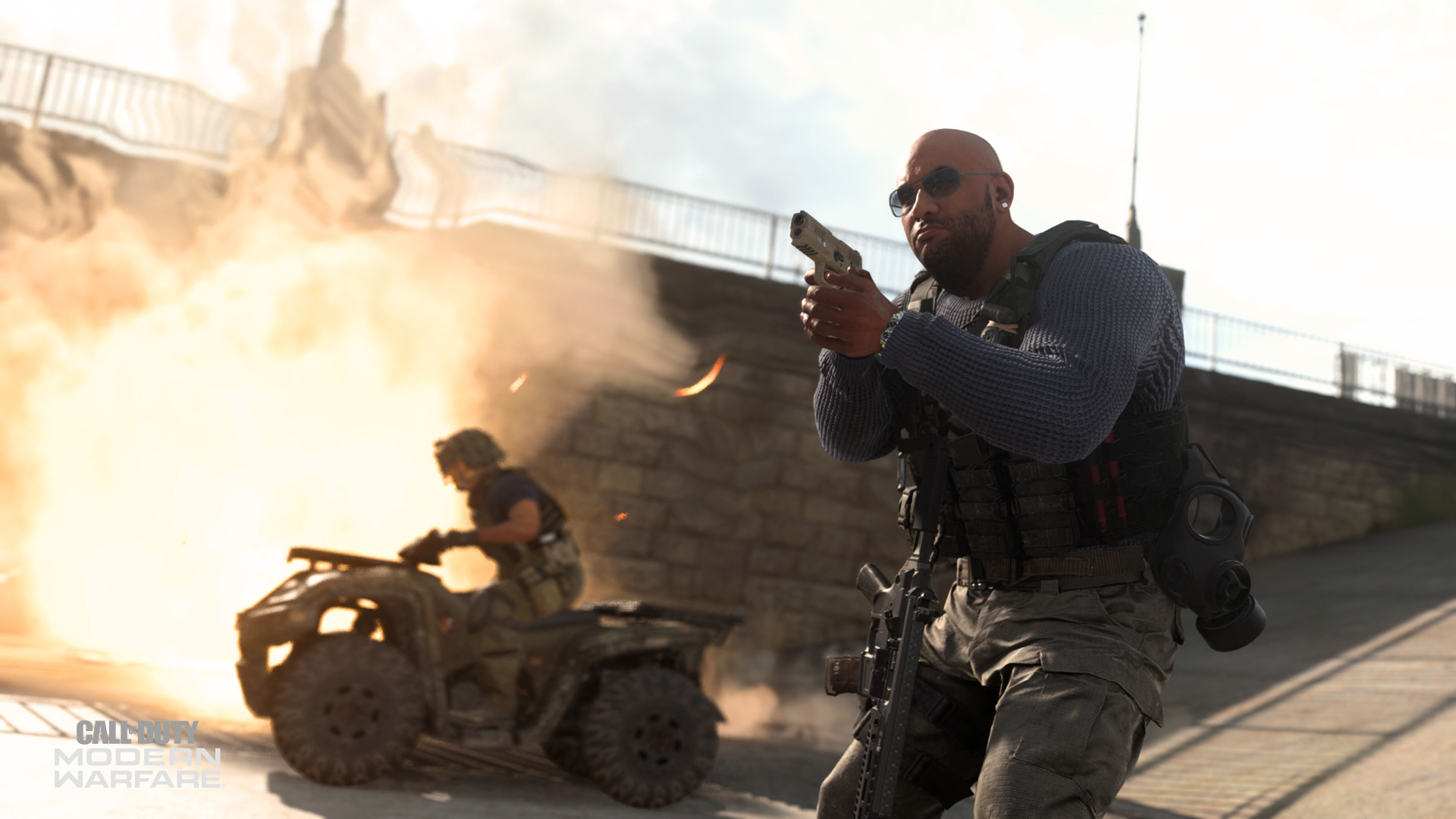 Your starting pistol is not the only sidearm in Verdansk: if you’re looking for a great back-up option, there is no shortage of them in the loot pool. Speaking of your starting pistol... It is not the best weapon in the game for a reason, so drop it as soon as you can for a more reliable self-defense weapon.

Pistols deal great damage up-close and through headshots, with their effective range dropping off significantly after a few dozen meters. 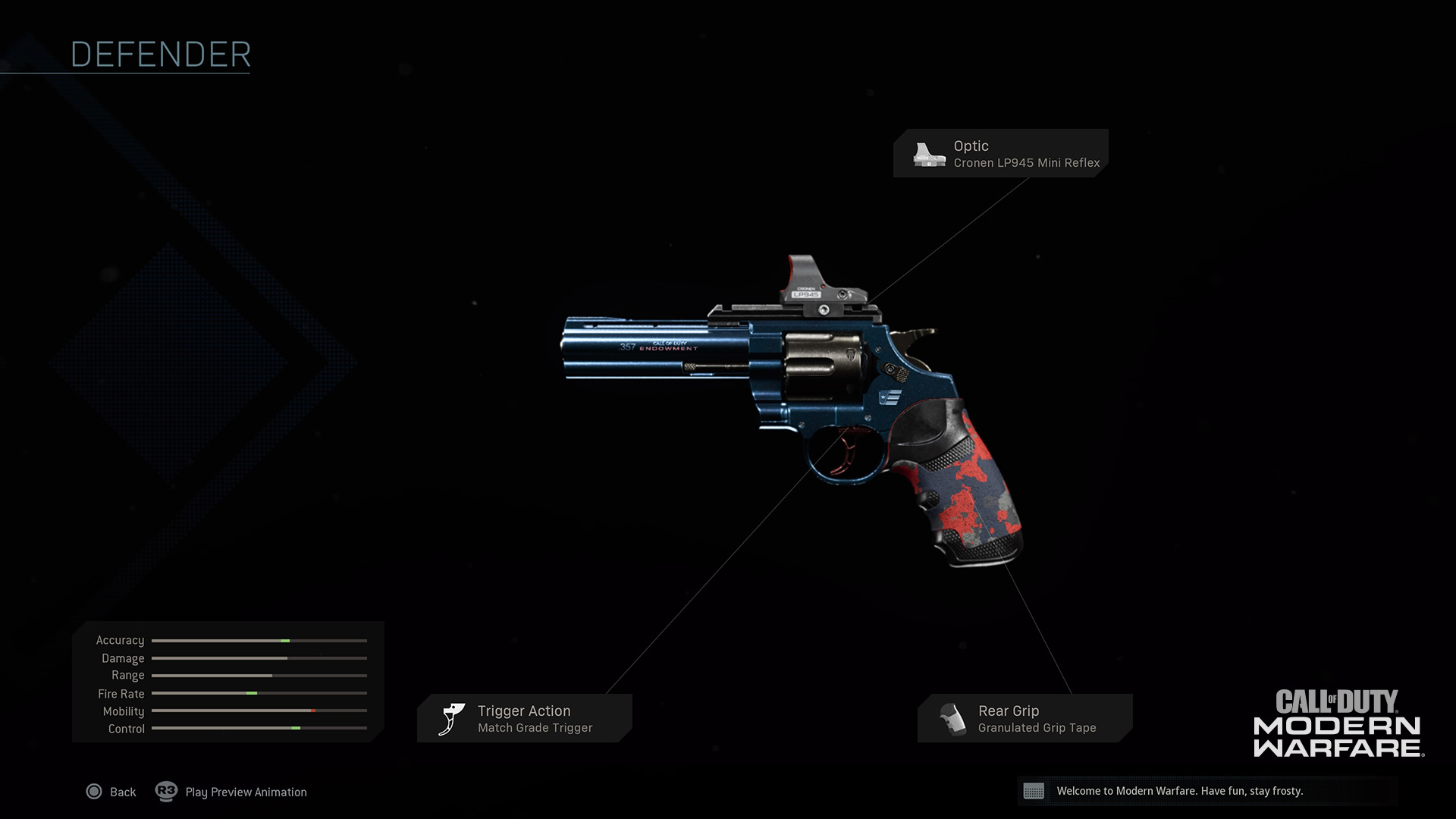 The .357 is not a rare piece of loot – the Defender blueprint is the rarest you’ll find in the wild for Handgun Charlie– but it is a powerful handgun. Capable of downing an enemy without armor with a single headshot, precision becomes more important than distance with the .357 or Defender.

Don’t be afraid to shoot a dozen or so meters out with the Defender but be sure to hit those shots! 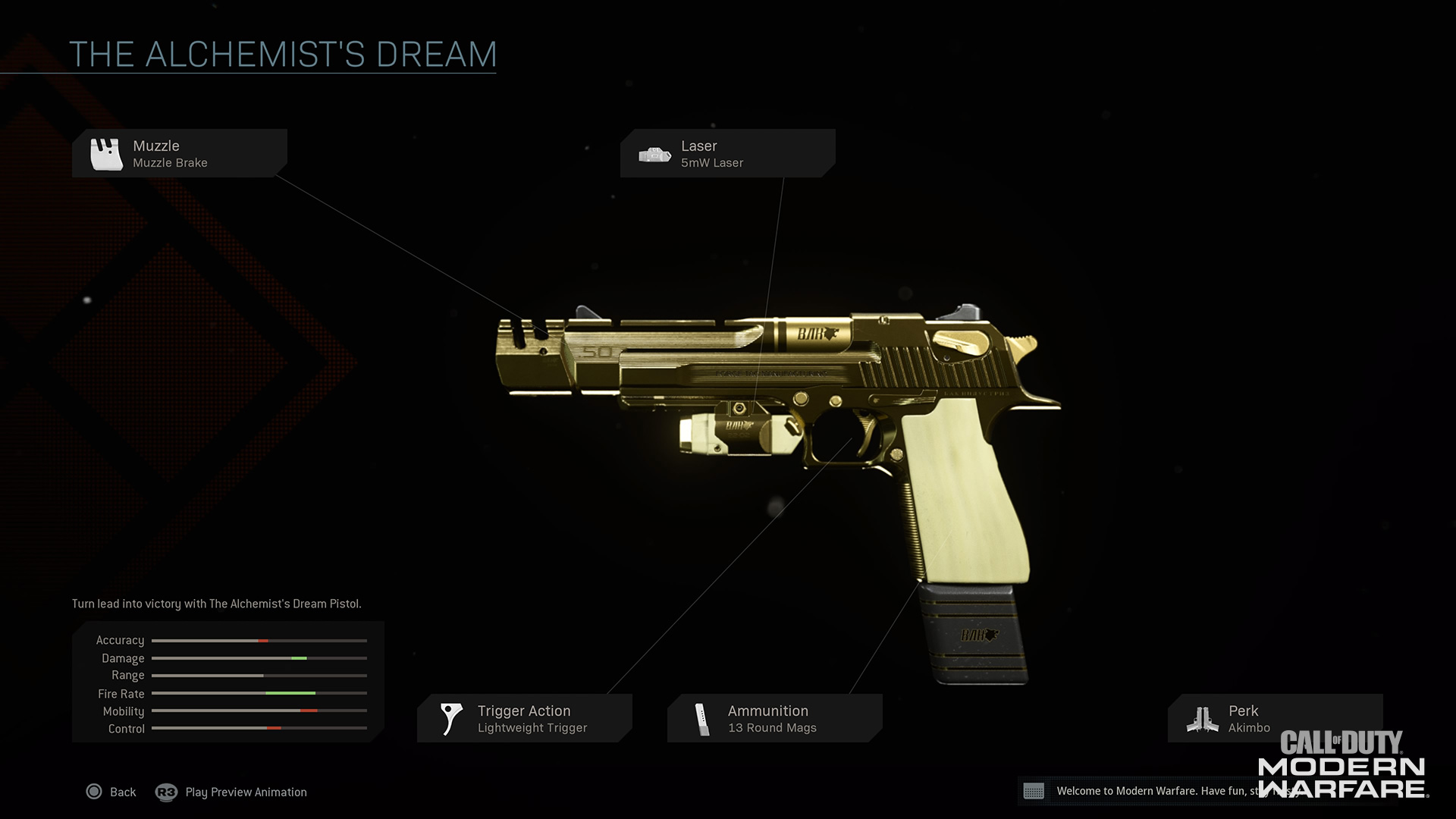 The M19 is the common end of this weapon type, but the rarer silenced pistols are like the one shown above.

The Alchemist’s Dream – and the Wire Tap – are Legendary and Epic handguns respectively. They are both hand cannons, powerful weapons that can knock down an enemy in a single headshot at a significantly longer range compared to other handguns.

Just like the Defender, make your shots count when using these Alchemist’s Dream or Wire Tap, lest you fire, miss, and get countered to the grave. 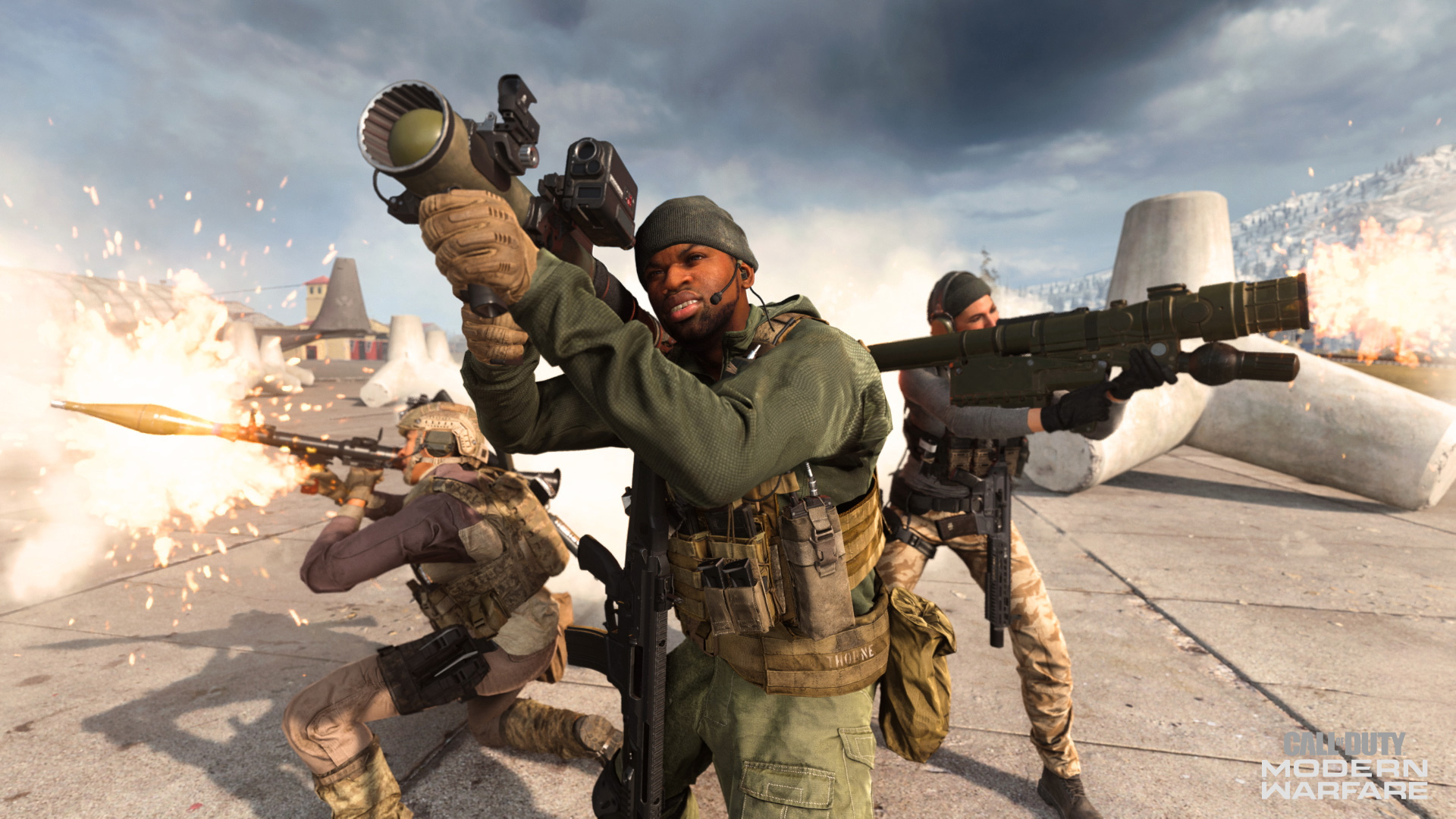 Launchers are a catch-all term for the PILA, the anti-vehicle launcher (JOKR), the RPG, and the Grenade Launcher. Although they all are used slightly differently, they all have one common strength: they deal massive damage to vehicles.

Outside of the RPG and the Grenade Launcher, which can also deal decent splash damage to Operators, these weapons are best used against enemy vehicles.

Against fellow Operators, well-placed bullets have a better chance of downing them compared to an errant rocket shot. Save your ammo for vehicles – which can make squad-wiping explosions – or Attack Helicopters in Plunder to make the most of these tools. 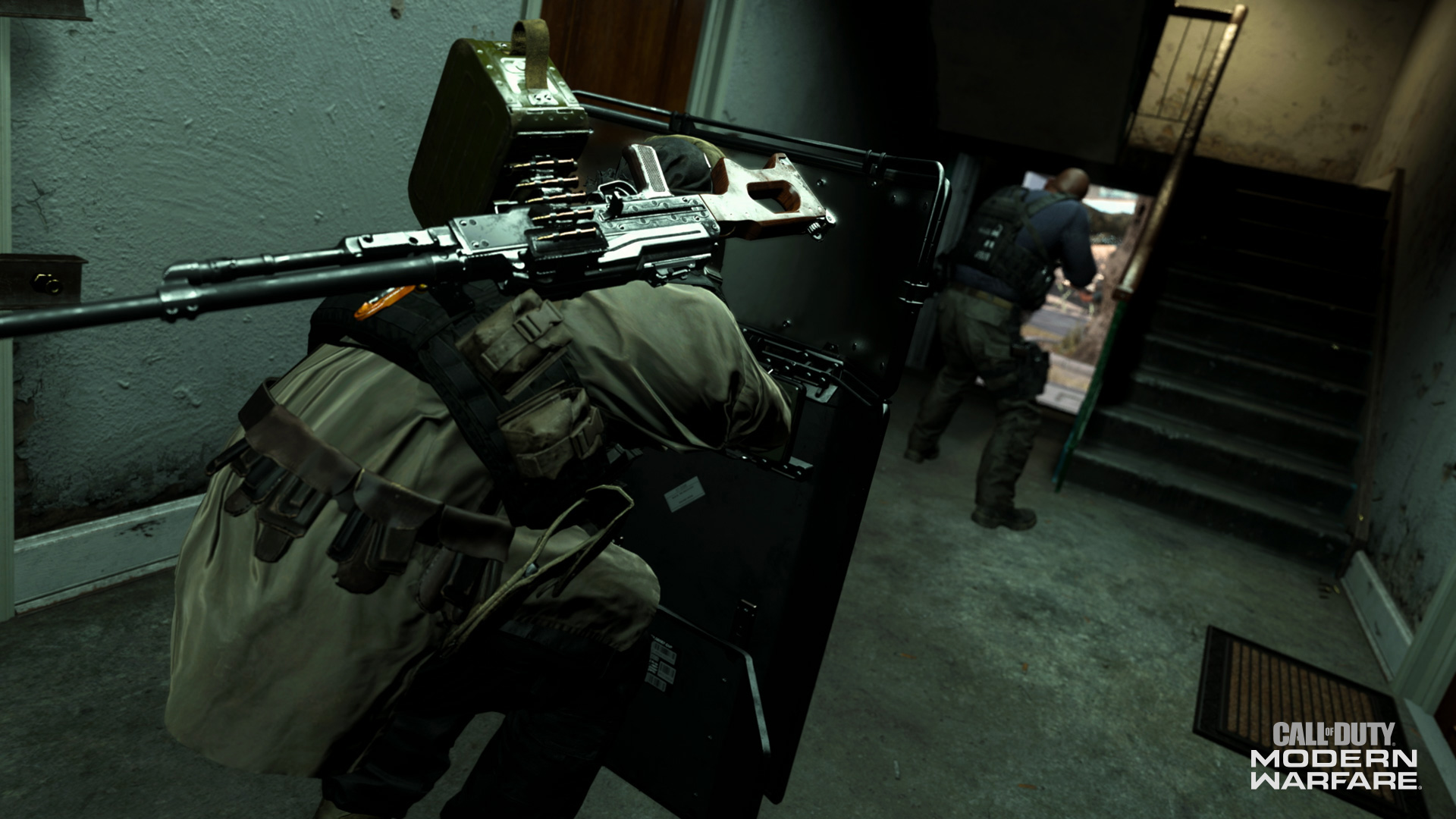 The Riot Shield is a unique weapon, if you want to call it that.

It has only one version of it found in the loot pool, and the only direct damage it can do is from bashing an enemy with it.

For those who find a Riot Shield in Verdansk, know that its offense is through defense; against an enemy, it may be best to distract and deter with the shield rather than attack directly. In squad-based game modes, a designated Riot Shield user could act as a mobile wall to detect enemies and keep them busy while other teammates either flank or push up behind the Shield’s protection then wait until the enemy reloads and take them out.

Alternatively, the Riot Shield provides solid back protection when stowed in favor of another weapon, making it great for solo Operators looking for something to watch their six. 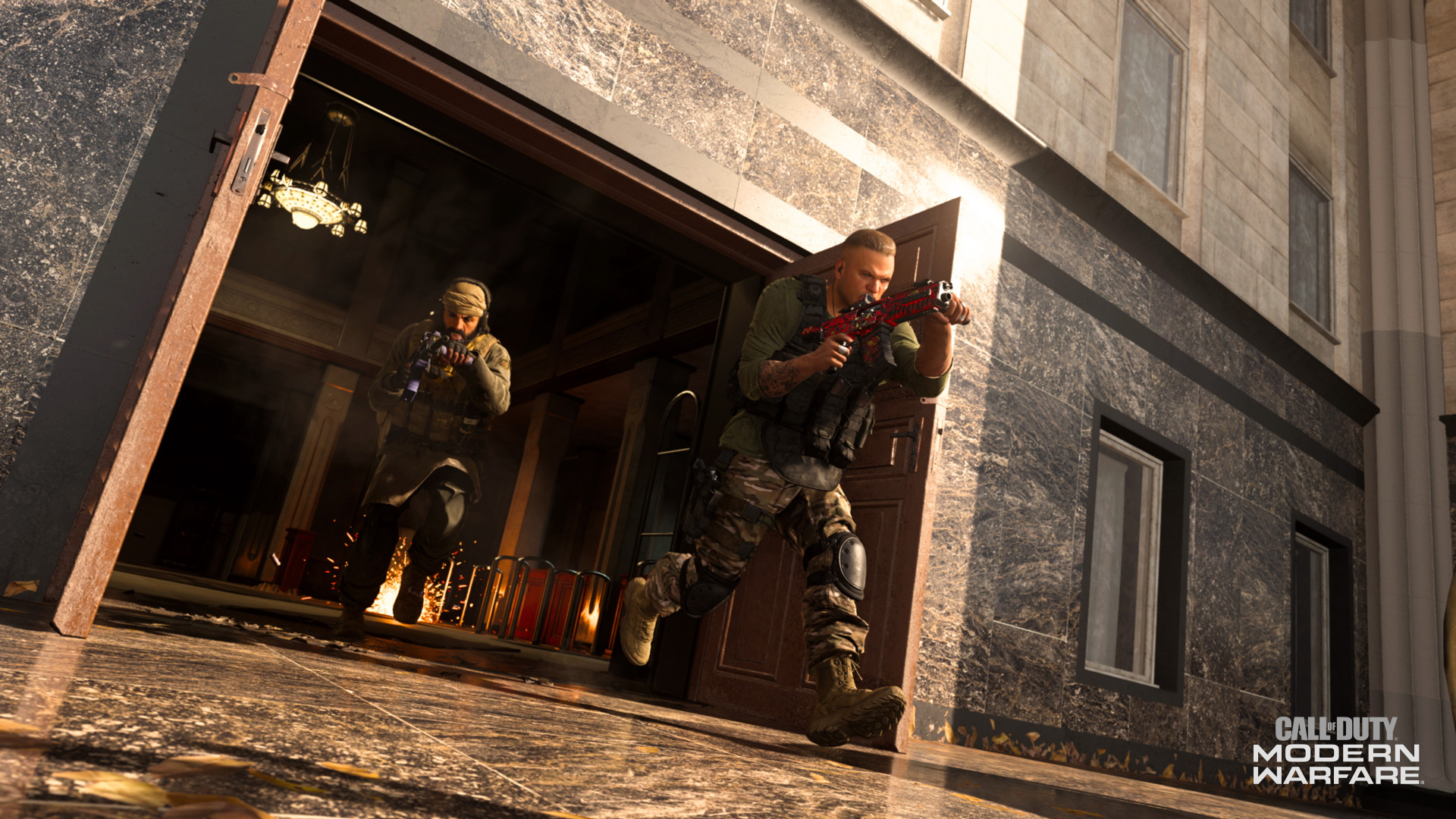 Whether it is silenced, a break-action (the 725), or a pump-action, a shotgun is meant for extreme close quarters situations.

In greater Verdansk, a shotgun will not win you a long-range shootout. However, within buildings or tight alleys, there is no better weapon than a shotgun.

If you happen to find one of these after an initial infiltration, try using it against a nearby enemy – preferably in the same building – who picked up a longer-range weapon. Or, later in a match, a shotgun could be used to surprise an enemy trying to come closer and finish off one of your downed teammates.

No matter how you use a shotgun, know its limits, or else you may be caught in a wide-open field trying to spray pellets at a sniper that is 100 yards away.

We hope these tips add to your squad’s looting and shooting strategies for your next trip into Verdansk. If you want to experiment with any weapons in a more controlled environment, head into Multiplayer or Co-Op in Call of Duty: Modern Warfare and sharpen those skills before beginning that campaign for a Warzone win.

For a more in-depth look at Warzone, check out our Official Warzone Strategy Guide, which features an interactive Tac Map with over 300 points of interest, along with tips that span from the initial infil to the Gulag.