This swanky Spanish estate is superb for skirmishes of all types. With the lights dimmed and the environment darkened, get the intel you need before dropping in with this handy guide.

"A lavish vineyard estate situated on a quiet lake in the Spanish countryside, home to a high-ranking crime syndicate boss.”

If Hacienda wasn’t a war zone, we would say to take in the sights, sounds, and beauty of this abode. Unfortunately, this mansion is caught in the crossfire of Multiplayer firefight.

Now assassins have entered the estate and cut the power to take out the cartel kingpin resulting in the alternate state map variant – Hacienda Twilight. Although the sun has gone down, inside you’ll find darker interiors that is only partially lit.

Before you jump into a match on Hacienda Twilight, here is a breakdown of the original map: 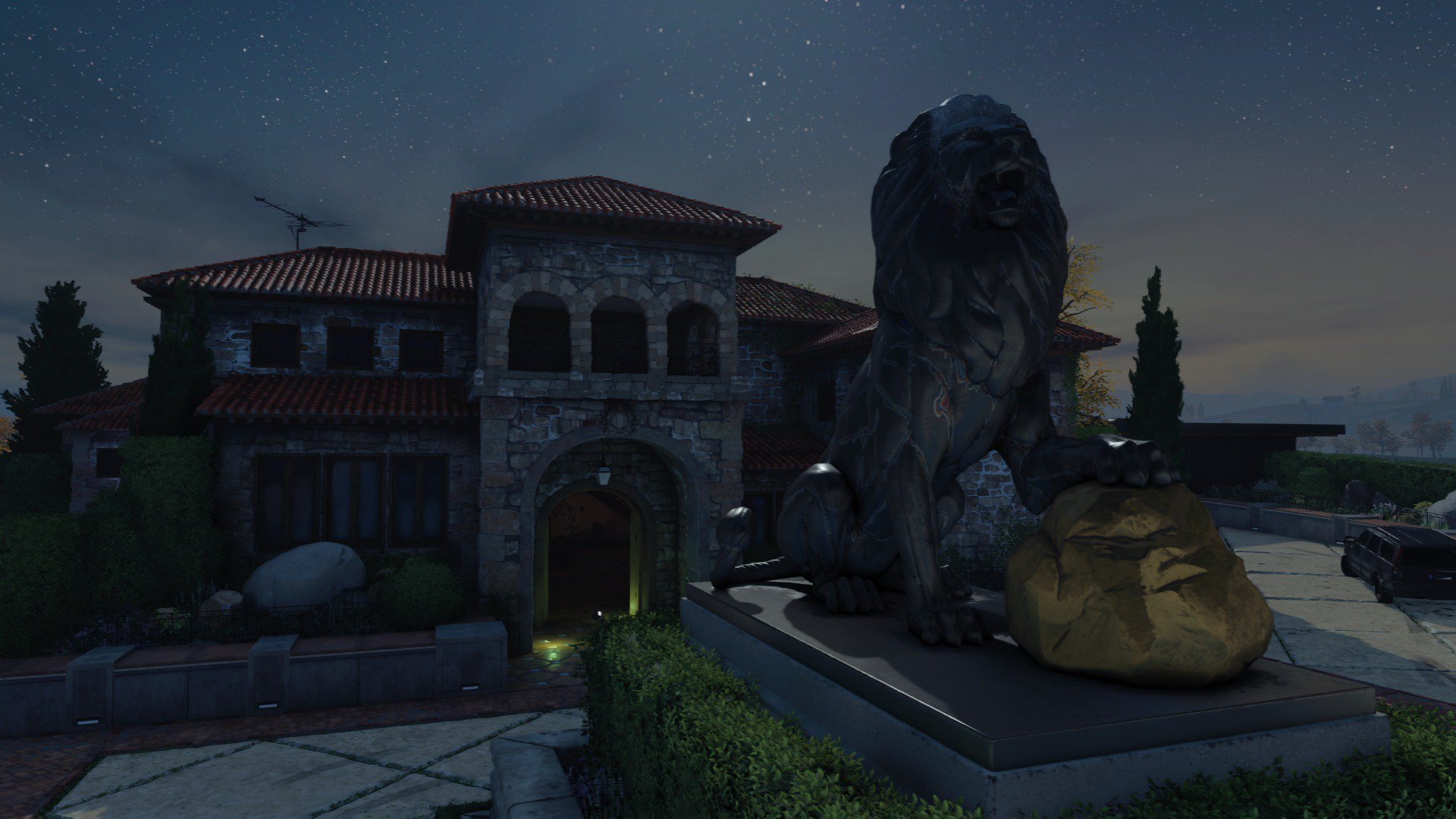 From a homeowner’s point of view, Hacienda is stellar for the homeowner who simply wants it all: views of the water, a spacious central courtyard, a detached wine cellar and boathouse, a showroom garage, a panic room…

And, to top it all off, a pet tiger lurking underneath the complex (don’t worry, he won’t bite…).

This open-air, two-story mansion gives plenty of views to the pristine courtyard below. The front door is on the east side of the map, which is marked with a giant lion statue situated on the front lawn.

Entering the grand foyer, there are doors to the showroom garage to the right, the garden on the left, and the first-floor dead center in between the two staircases. Go through the first-floor doors to find the panic room left of a long hallway. Interacting with a button within this room will close off the area, which is useful when trying to avoid conflict.

The opposite spawn area is in the mansion’s backyard, which is between the boathouse to the North and the wine shed to the South. 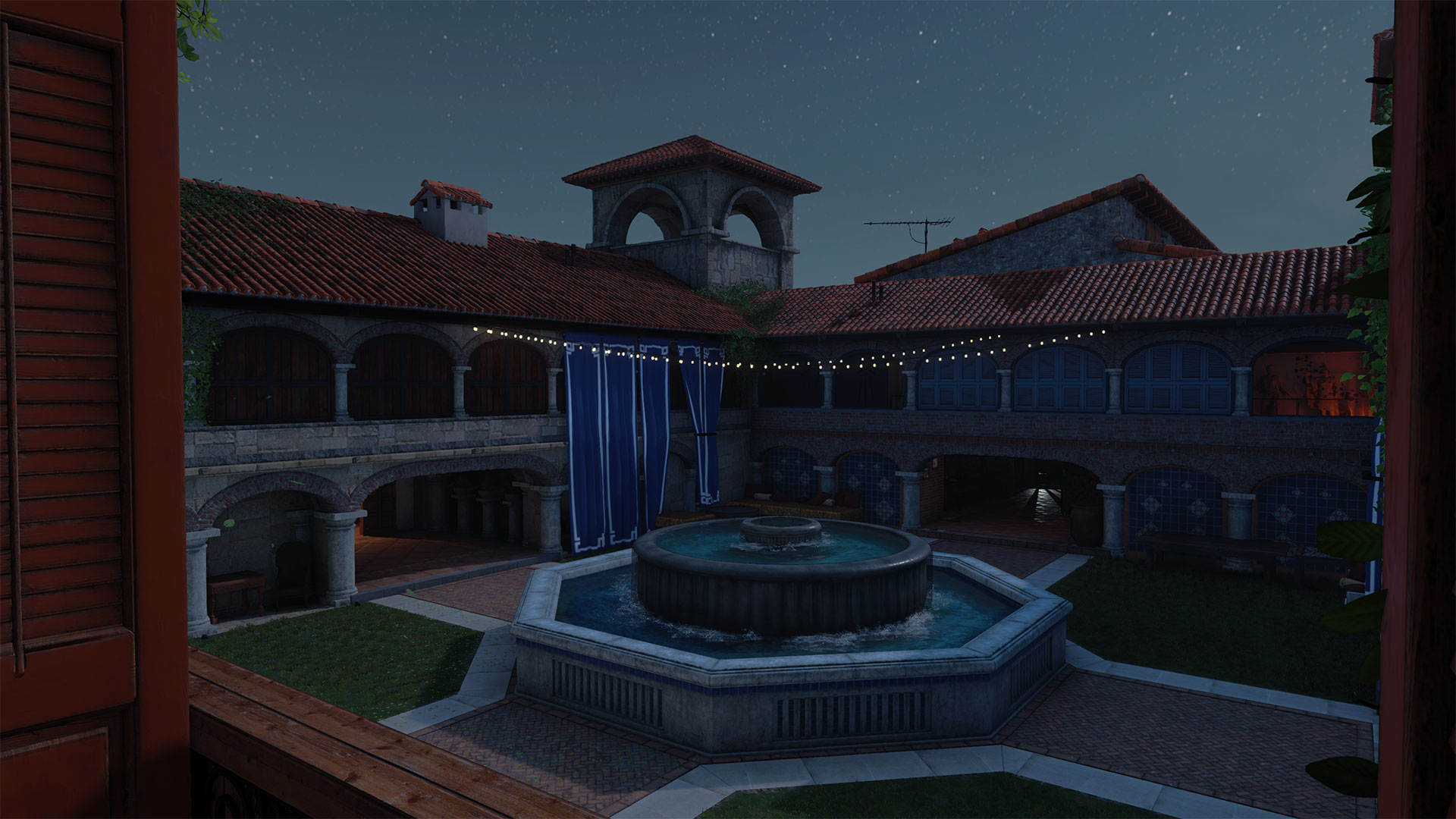 Like all other maps in this game, there is no wrong way to play Hacienda. Anyone from a sniper to a run-and-gunner can have a field day at this villa.

The central courtyard can be a dangerous place to play in. The open space is a prime spot for Scorestreaks and is often traversed when players want to quickly move from one part of the map to another. This area can be a great spot for intense engagements just be wary of your surroundings, particularly the upper level of the estate which looks down into the courtyard.

Close quarters builds are dangerously good on the ground floor and other spaces where you can fight turns and tight spaces. Weapons that are stellar in medium-range combat can also hold their own in these areas but are best served where longer firefights typically occur which can include the second floor and the northern and southern routes.

Those who would rather take longshots have a number of good sight lines on this map. On the northern path, part of the boathouse overlooks a good chunk of the lane. There is also the entire second floor of the main building, which has views of the courtyard and long hallways to pick off oncoming traffic. 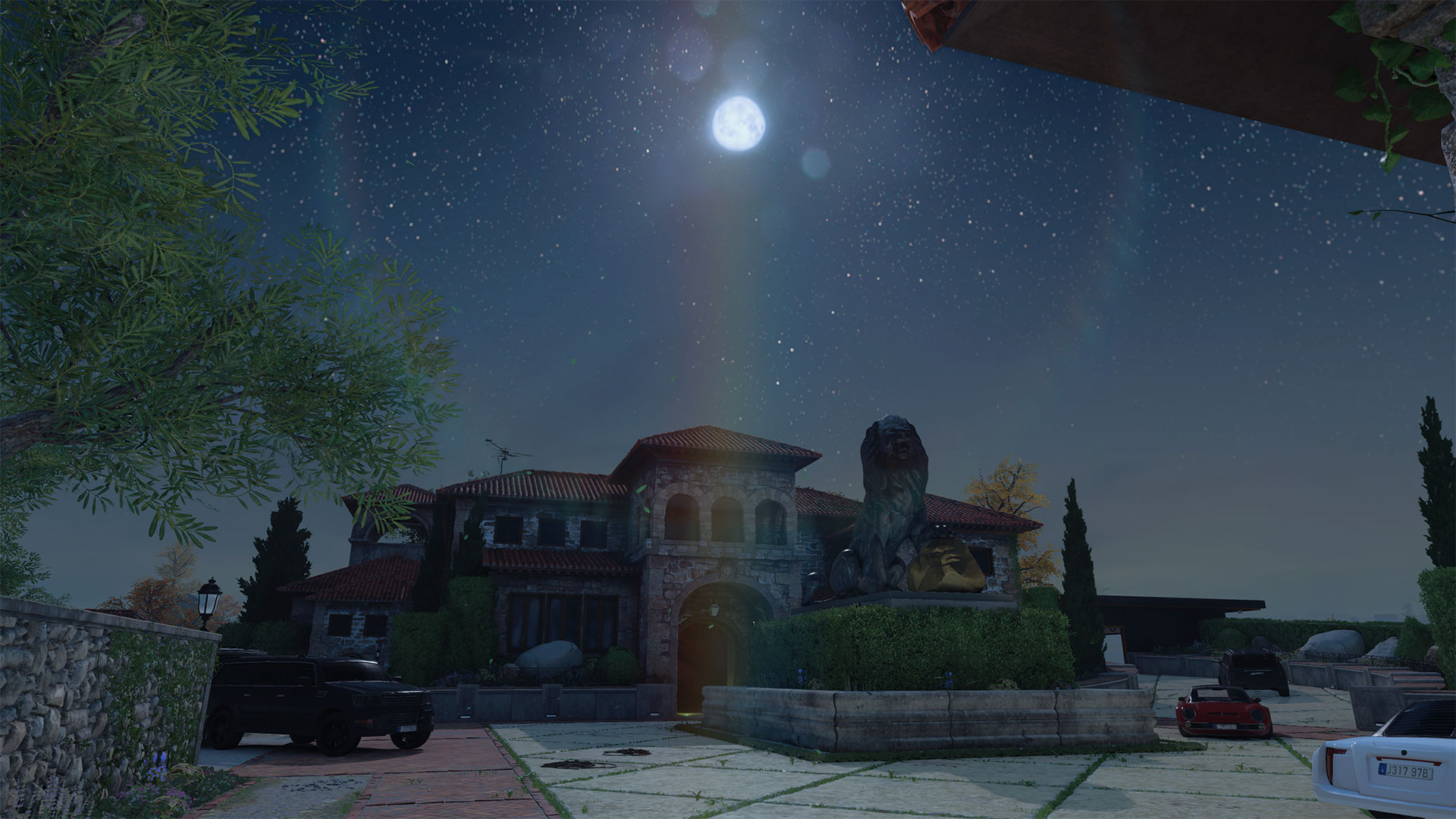 For this tips and tricks section, we’ll focus on Hardpoint, as it covers the map’s multiple objective zones.

The first hill is dead center in the courtyard. This location is also the site of the B flag in Domination and one of the objectives in Control. As mentioned before, this area can be absolute chaos, due to the amount of open space and sightlines from all four sides of the second floor.

Defending an objective point can often be easier than capturing it, so in Domination consider working to cap the B objective first is a worthwhile strategy. For Hardpoint, you can choose to hold the hill or keep the other team at bay just be ready to rotate as the time runs down. In Control, this site is tougher to capture, but work with your teammates to cover the likely attack areas and lockdown the objective.

From here, the hill shifts to the garage on the northeast side of the map. The tight spaces around here, due to the sports car piece de resistance in the center, is conducive for short-range gun fights. However, long-range battles might occur to the east of the garage from one of the initial spawns.

In addition to firefights coming from the spawn near the front door, consider watching the waters and side door for opponents that want to flank in to overtake the hardpoint. A giant open window takes up the entire northern wall of the garage, and it offers a place to mantle up and contest the point.

The penultimate hill — and also the location of the second objective in Control and near an S&D bomb site — is among the vineyards on the southside of the made. It may be wise to consider rotating to this hill early, as it could be a long (and potentially dangerous) trek from hills three to four.

Furthermore, be careful of the wine shed, which sits right outside the Hardpoint. Those with close-quarters-builds tend to shine here and will want to lurk nearby ready to burst out and hop on the hill.

Finally, the fourth hill in the rotation is right near the second. This spot is also the second bomb site in S&D. It is next to the garage hill, outside around a rock sculpture. By this point, there may be aerial streaks on either team, so be cautious about hopping on the objective. Also, much like the garage hill, using the shoreline as a flank route is a fairly smart move to consider.